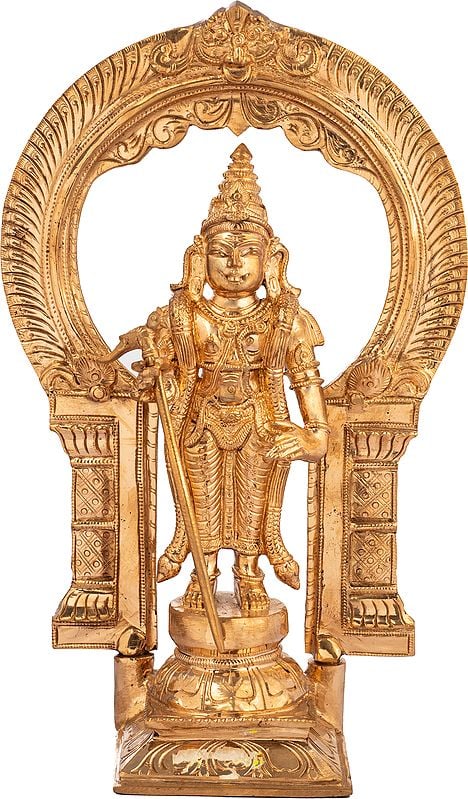 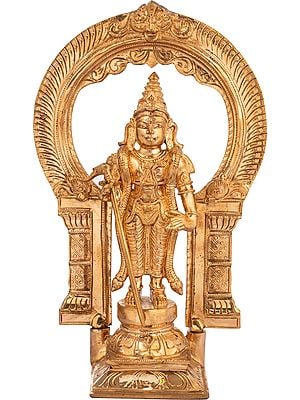 $499.00
Notify me when this item is available
Kumara, meaning youth, is the chief commander of the army of gods. He is also variously known as Karttikeya and Skanda. The great Sanskrit pot Kalidasa has written a long narrative poem outlining the episode of his birth entitled 'Kumarsambhava.'

Karttikeya took to battle only a short time his birth hence he is always depicted as a young adult. Although a god of war, he is never depicted in actual combat..Here he stands, a taut young man wearing a short dhoti, in the typical stance of the Hindu gods, with a swaying body and the hand raised in blessing. In the nook of his arm he balances his typical lance like spear known as vela. Behind him can be seen the peacock, his mount.

Archaeological findings of pottery and relics in several places in Tamil Nadu, particularly in Adichanallur had ideographic inscriptions of this name and show signs that Murugan worship was prevalent at least as early as 10th century B.C, if not earlier.