Large Size Buddha Invoking Mother-Earth to be His Witness 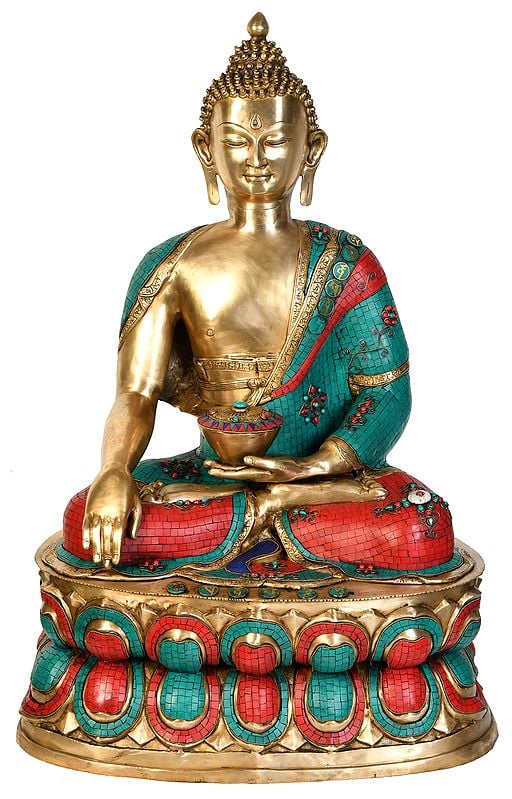 This piece represents Buddha in 'Bhumisparsha-mudra', the moment when he touched mother Earth and invoked her to be the witness to the fact that he was able to outdo Evil.

In Buddhist tradition Buddha's 'Bhumisparsha-mudra' has exceptional significance and represents one of the classical modes of Buddhist iconography. The moment, which this image depicts, is a moment of life when beyond it is all light and behind it all dark. In the life of Buddha, too, this posture constitutes the exact central point between the darkness and light, between the ignorance and absolute knowledge. He was midway to his attainment of Enlightenment. Engaged in his long rigorous penance when Buddha was on the verge of attaining Enlightenment, Mara, the Evil personified, became active and attacked him. Armed with horror, fear, temptation, 'Kama' and beauty Mara invaded Buddha's mind. He tried on him all his weapons one after the other but nothing worked on him. Ultimately, there floated into sky a voice from horizon to horizon, which said, "Gautama, you are vanished". This was Mara's last weapon, the 'Confusion', with which he aimed at confounding Buddha. Buddha calmly lowered his right arm and touching the Mother Earth with his middle finger called the universal mother to witness that he did not astray from his path. Not much after Buddha had defeated Mara there emerged divine light and Buddha was Enlightened.