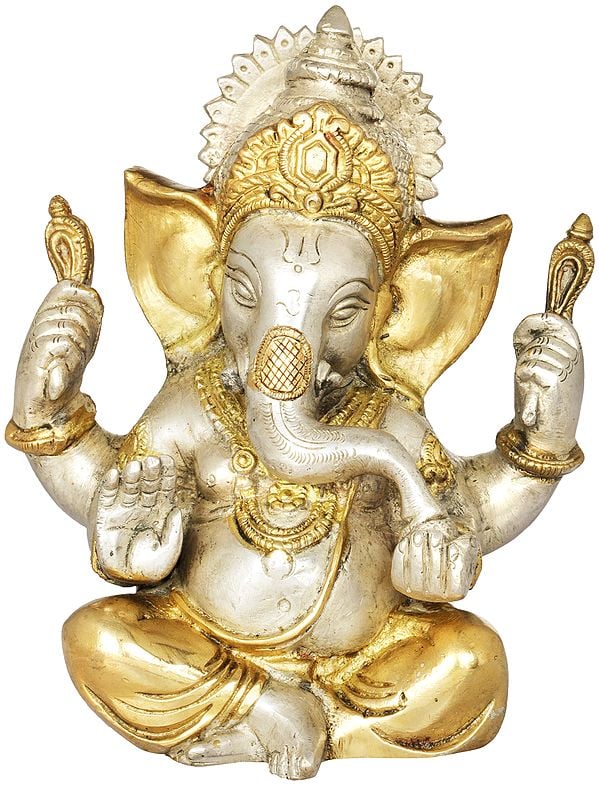 $83.00
The most adorable deity of the Hindoo pantheon, Lord Ganesha is the child of Lord Shiva and Devi Parvati. He has the form of a chubby baby, given His love of laddoos, so much so that His iconography is incomplete without one in His hands. In this chaturbhujadhari (four-armed) murti, He holds one in His anterior left hand with the tip of His trunk nuzzling it. He is seated like children are prone to sit on the floor, and in sharp contrast to that body language is the wise stance of His head and the omnivolent gaze of His eyes.

In keeping with the proportions of those huge elephant-ears that flank His head, Lord Ganesha wears an elaborate crown. The engravings on it are dense, done with super-precise attention to detail and scale.

A spiked halo surrounds the head, and a trishool (trident) tilaka marks the brow. As a complement to His divine adornments is the janeu that reaches all the way down the torso to the thigh. Zoom in on the gracious eyes of the Lord, the expression within them of the twin childlike qualities of innocence and wisdom.