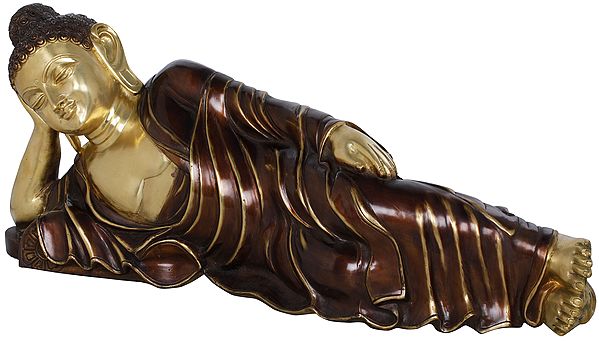 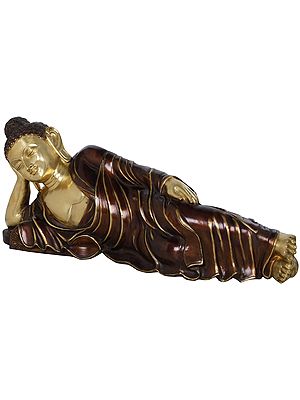 Mahaparinirvana is the ultimate state of nirvana or greatest peace and happiness that occurs upon the death of someone. Buddha was the one who had attained absolute enlightenment and entered mahaparinirvana at the age of eighty. He announced it three months before and always believed that when the person is free from delusions, he will go beyond birth and death.

Buddha had asked Ananda (Buddha’s disciple) to prepare a couch between the Sal trees, with its head to the north and when Buddha came, he laid down on his right side, one foot upon the other and head supported by right hand exactly as shown in the sculpture on this page.

The Sal trees started to bloom, eventhough it was not their season, pale yellow petals rained down on Buddha symbolizing his liberation and he serenely passed on to mahaparinirvana. This sculpture with shiny brown robe is sculpted in accurate perfection and complete knowledge of its significance. It marks the state of being free and peaceful from the harsh realities of life.