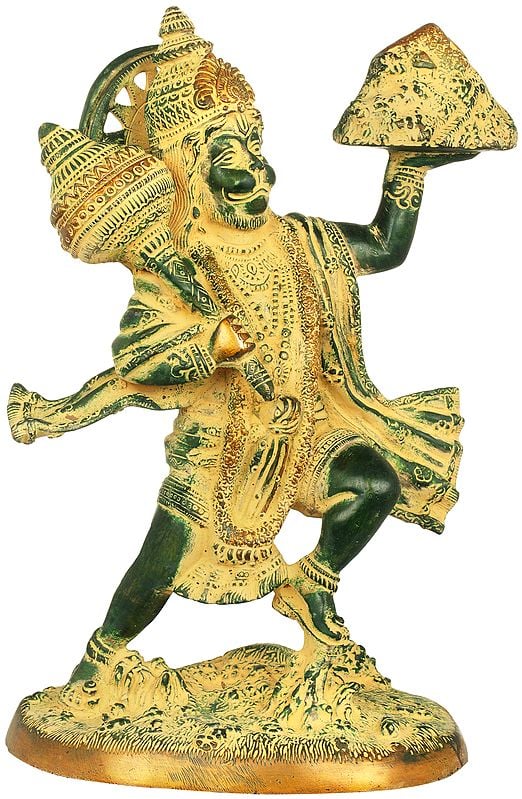 $214.00FREE Delivery
Ships in 1-3 days
Notify me when this item is available
Hanuman is revered as a perfect devotee of God. His worship is therefore of considerable significance in sacred Hindu rituals.

The various alphabets making up the name of Hanuman themselves each denote one of his particular virtues:

This particular depiction of Hanuman relates to a popular episode from the ancient epic Ramayana, where the bulk of literature surrounding Hanuman is found. This representation shows him in a dynamic gesture equivalent to flying, and holding a mountain landscape in one of his hands. During the great battle between Rama and Ravana it so transpired that Lakshmana was seriously wounded. Hanuman, the faithful servant that he was of Lord Rama, flew to the mountain named Mahudaya to fetch the herb Sanjivini, which was the only one capable of healing Lakshmana. Not able to recognize the herb among the lush vegetation on the mountain, he decided to take the entire mountain itself to the battlefield, so that the physician tending to Lakshmana could select the herb himself.