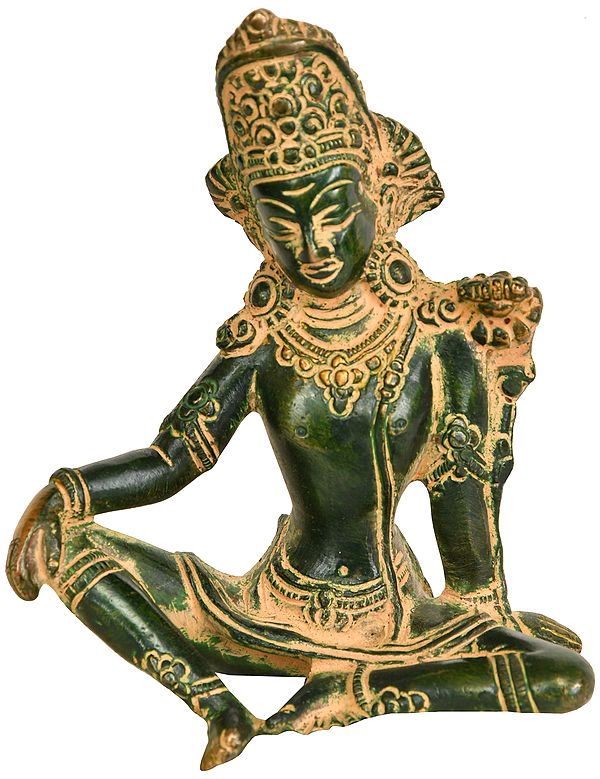 Bestseller
FREE Delivery
Only 1 available
$59
Lord Indra is of importance across the Hindu, Buddhist, Jain, and Kalasha pantheons. He is the guardian deity Lord Inda to Buddhists, believed to rule over the highest heavens of Saudharmakalpa in Jain philosophy, and worshipped widely in the Kalasha religion. The presiding deity over rain and cloud and sun, the murti that you see on this page captures Lord Indra in a mood of pensiveness. He is seated with the heels gathered afore Him, right hand on the knee and the left one behind Him, with the head lowered such that the gaze of the eyes on His face (‘mukha’) is directed downwards (‘nimna’).

Fashioned from pure brass, both the form and stance of the heavenly ruler is pleasing to the eye. Long, slender limbs; a small waist curving upwards into wide-set shoulders. Necklaces aplenty, and a janeu across the fair torso. Karnakundalas and a crown, ornate in its engravings, that sits heavy on the contemplative head. An earthy green colour with overtones of cream characterise the composition.