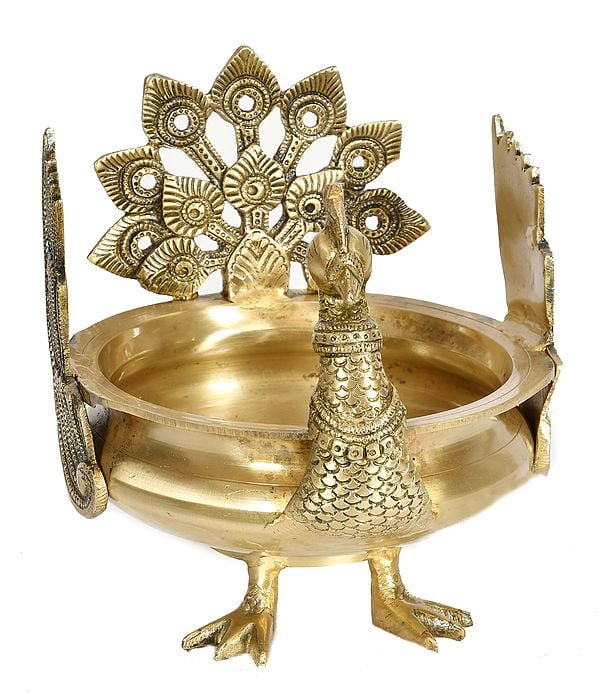 The South Indian Culture involves a variety of rituals and religious activities. So, it also requires the use of many alluring utensils and out of such ornamental masterpieces, Urli is the one.

Peacock Urli is an example of the traditional richness of the Indian Subcontinent which shows us the creativity of Indian people. Urli is basically a kind of bowl designed auspiciously and used in puja rituals in many temples.

Brass itself is a holy metal and holds an importance in Vastu Shastra as well. This Peacock Urli is an illustration of a bowl placed in between a peacock figure. At the back, beautiful bunch of feathers have been attached and the stand has a shape of the bird's feet; wings attached on both the sides look gorgeous and as an overall view, this one is an artistic craft composed gently and gracefully.