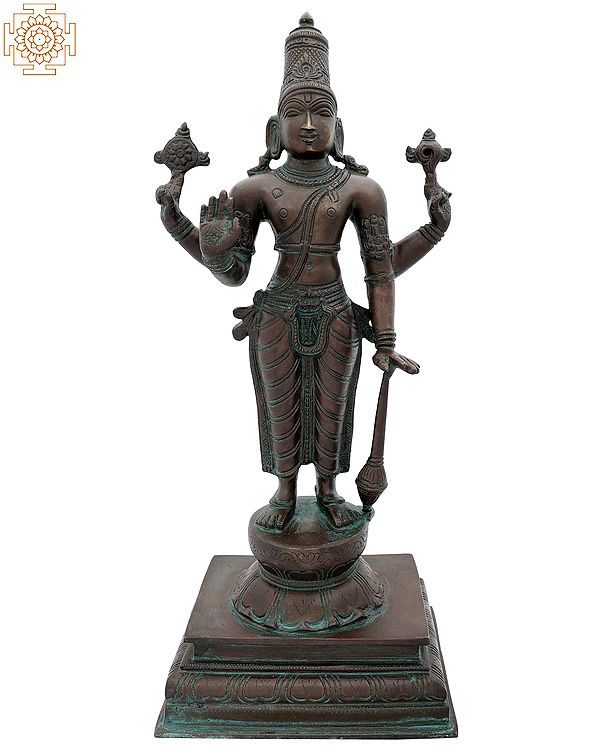 On the enlarged pistil of an upturned lotus plinth He stands. His long, lithe, masculine form is clad in a dhoti that covers the entire length of His limbs. From the girdle at the hips that holds the dhoti in place to the streams of gold around and across His torso, the adornments of Lord Vishnu are in keeping with His cosmic status. He is chaturbhujadhari, the one possessed of (‘dhari’) four (‘chatur’) arms (‘bhuja’). In the posterior hands are the shankha (conch) and the chakra (discus), the traditional implements of His hands in classical iconography; the right anterior hand is raised in generous aashirvada (blessing), while the left bears a mace. Note how the head of the mace is turned downward, which emphasises on the serene aspect of the Lord.

Zoom in on the face of Lord Vishnu. In stark contrast with the formidable language of the divine patriarch’s body, He bears an expression of compassion and generosity. Such a skilfully sculpted face inspires the devotee to seek His succour with the deepest sincerity.