The Splendour Of Devi Mahishasuramardini 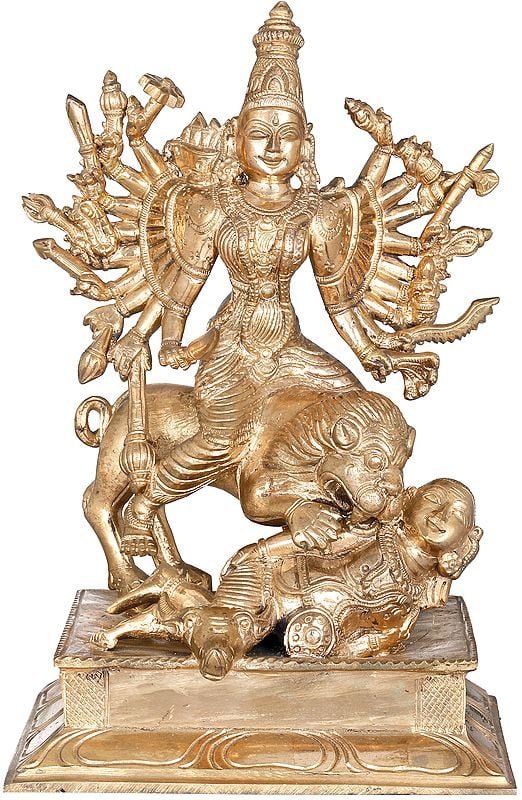 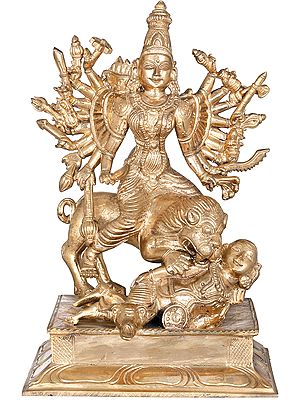 $855.00
Cast in a medium as gorgeous as She is, the Devi in Her Mahishasuramardini roopa has no equal in any other artistic or religious tradition. She is the powerful nari-roopa (female form), a manifestation of the wrathful aspect of prakriti (the feminine). The name Mahishasuramardini means 'the female one (mardini) who annihilates the buffalo-demon (mahisha-asura)' in Sanskrit; so here She is standing victorious on his chest, flanked by Her infinite arms and borne to victory by a lion Her equal in ferocity. Mahishasura and His steed, the buffalo, lies vanquished beneath Her feet at the hooves of Her lion - he was invincible to all of purusha (men) from a boon granted him by Lord Brahma, but alas! here he is overpowered by a woman instead.

India's bronze tradition has been dominated by such powerful spiritual themes because it originally produced icons for the magnificent temples of the South. Having begun during the reign of the Pallavas in the eight century, then risen to prominence under the patronage of the Cholas from the ninth to the thirteenth centuries, South India has evolved to be the home of bronze. The hallmarks of this great tradition are all over the Devi Mahishasuramardini: Her stature, and the lissome silhouette that accompanies it; the tapering crown that looms on Her head; and the delicately fashioned digits on each of Her limbs. An expression of divine triumph and joy characterises Her gracious brow.