Spreading His Splendid Hood over The Exalted One.... 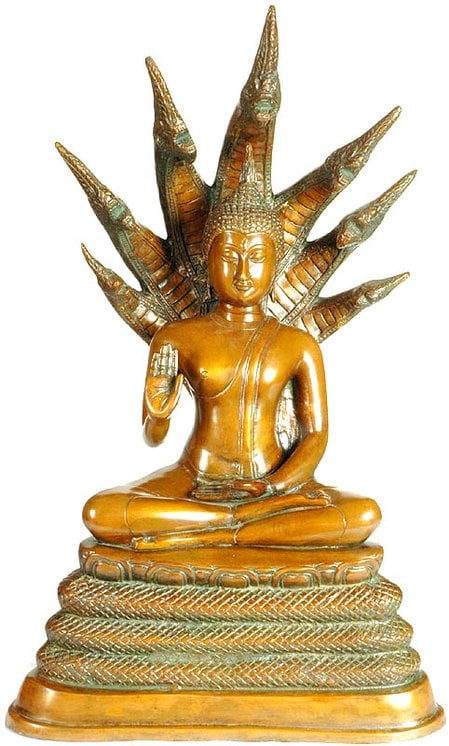 $535.00
Notify me when this item is available
Save to Wishlist Send as E-card Share by Email
'Then unseasonable rainy weather came on, it rained day and night for the whole week. So that the Great exalted One (Buddha), would not be assailed by the torrent, the Naga king named Muchalinda emerged from his abode, threw his coils around the Buddha and covered him for seven days with his splendid well-shaped hood' (The Mahavastu).

This description from the ancient Buddhist text Mahavastu is the inspiration behind this sculpture. Here the Buddha is shown seated on the coils of the serpent king, protected by his hood. The composition is heavily influences by the aesthetics of Thai Buddhist Art what with the pronounced pointed projection on Buddha's head as also the angular features on his introspective face as also the stylized, almost dragon-like hood rising behind Shakyamuni. The towering hoods convey a sense of elemental power as compared to the tranquil and serene Buddha.