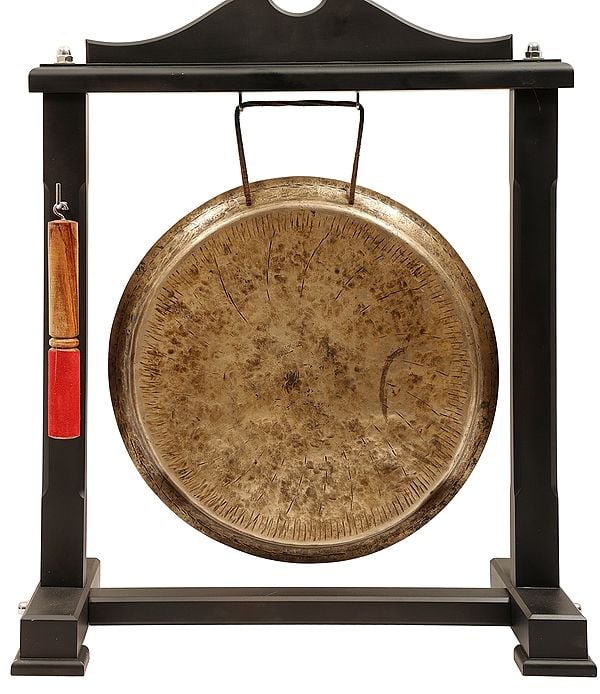 The gong that you see on this page is a ritual implement of Buddhist, especially Tiebtan Buddhist, worship. WIth the earliest of its kind having been dated well before Christianity, this ancient sounding instrument has been put to numerous uses in the battlefield as well as in prayer. A gong such as this one is valued for the tonal range of vibrations it produces and has been handpicked from the finest gong-makers of the East.

It is a circular disc that is mounted on a spacious wooden stand, which makes it a suspended gong. On one side hangs the mallet, a sturdy cylindrical structure made from wood, that takes a superb proportion of strength and speed to wield. Each gong has a unique, highly specific tonal range. Herein lies the spiritual significance of the gong: according to yoga, the sound produced by this instrument strikes a harmony with the nada (microcosmic tonal vibration) contained within a sadhaka (practitioner of yoga), thus aiding in one’s sadhana (yoga practice). As such, the gong is indispensable in Buddhist monasteries where monks of the highest order retreat to pursue their inner destiny.

An implement with such a rich history and significance would be a valuable addition to the home of any Buddhist or yoga devotee. In general, the sound it produces is of a calming nature and is sure to imbue the space it is in with harmony and serenity. 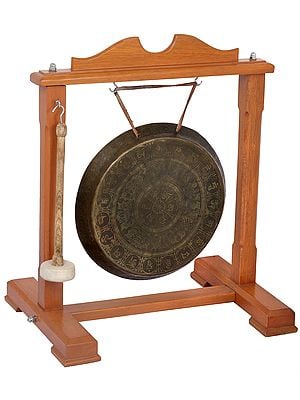