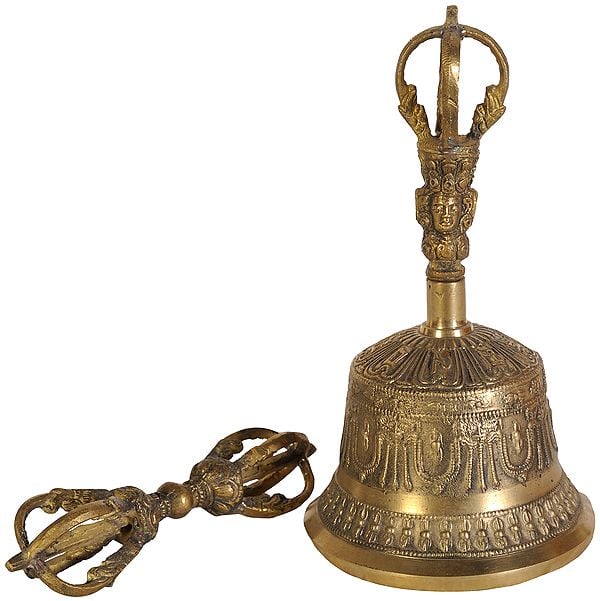 $155.00
Notify me when this item is available
Save to Wishlist Send as E-card Share by Email
Thunderbolt scepter and bell, Vajra and Ghanta, Dorje and Drilbu, are the most frequently encountered objects on the Diamond Path (Vajrayana). Together they represent both the most ordinary and the most complex symbol of Tibetan Buddhism. Whether present in solitary meditation or in the vast gatherings that mark monastic life, their role is essential; without them rites and ceremonies are hardly conceivable.

Unified, they form a symbol which is associated with the incorruptible purity of the diamond, with the truth that no force, no weapon can destroy. They represent the victory of knowledge over ignorance, the mastery of spirit over the “poisons” that tarnish existence.

The thunderbolt scepter, held in the practitioner’s right hand, is a token of stability of the method, -while the bell, in his left hand, is a reminder of the wisdom of impermanence. Equilibrium between the two is established through ritual gestures, the mudra. In the hands of the masters of esoteric interpretation, this inseparable pair signifies the unity of masculine power and of feminine energy.

The vajra originally stood for lightning, and is the attribute of the Hindu god Indra. Having been adopted and adapted by Buddhism, in reaching Tibet and becoming the dorje, it assumed a dominant place among Tantric symbols. Of metal or of stone, with one to nine points, the commonest thunderbolt scepter generally has three, representing the Three Jewels. With a single double point, the dorje stands for the union of the spiritual and material worlds; with two double points (seldom seen), the duality of appearances; with four double points it is associated with the great moments in the life of Shakyamuni; five points make it a crown; and four points around a shaft symbolize the five elements, the five wisdoms, the five primordial Buddhas. Thunderbolts with nine double points are exceptional, even in Tibet, and are linked to secret interpretations. In all forms, it is a symbol of the absolute beyond all opposites, or of the fundamental unity achieved by meditation.

The dorje very often adorns the handle of the bell, of which it is the pendant, a sign that their functions are indissociable in daily practice. The prototype of this emblem par excellence of Tibetan Buddhism is closely guarded at the Sera Monastery on the outskirts of Lhasa. It is accessible to the public only once each year, on the occasion of a major ceremony. It is thought to have belonged to Padmasambhava himself, and was found in his meditation cave at Yerpa by his disciple Dacharpa.

The bell, ghanta or drilbu, is at once the opposite and complement in this symbol of transcendental knowledge. Its handle may terminate in a stupa, a cintamani, or a single- or many-pointed dorje. It represents not only sound, but also void and impermanence: its crystal tinkle dies no sooner than emitted, recalling that all is fleeting. It is thus the symbol of the immediate wisdom of intuition, which instantly grasps and understands the void without reflection or reasoning. Endowed with creative power by the attendant vibration of the mantra or dharani which it accompanies, the ritual bell also has the function of inspiring and activating the enlightenment of the heart.

In a world ruled by opposites, where there is no day without night, no nadir without zenith, no north without south, no sunrise without sunset, the symbolic pair dorje and drilbu minors the image of interdependent opposites, indissolubly united: it is the original essence of the Diamond Path, the seed of the double unity of contradictory appearances through which it is manifested. In this sense, the diamond scepter expresses the perfect clarity of the void, veiled by the endless diversity of its masks. For the needs of certain rituals, vajra and ghanta represent the two fundamental diagrams, virtually inseparable in the Buddhist universe, which are the stupa of Garbhadhatu and of Vajradhatu, or the world of appearances and the world of spiritual energies and forces. The combination of these two aspects is always indispensable for the attainment of Enlightenment. 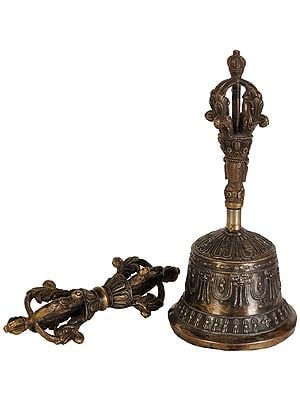 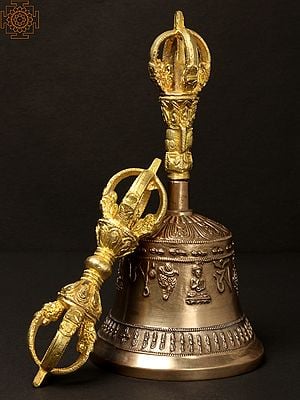 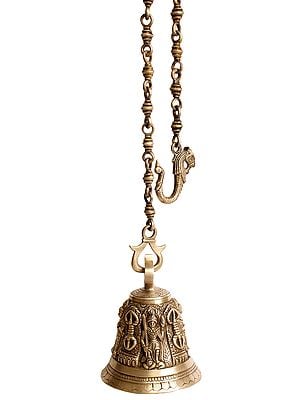 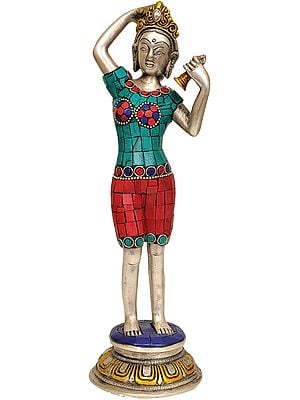 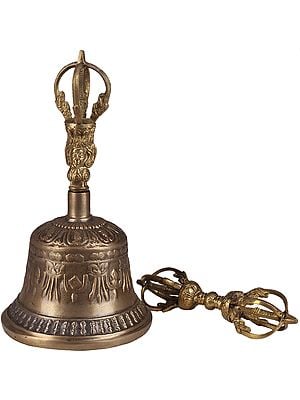 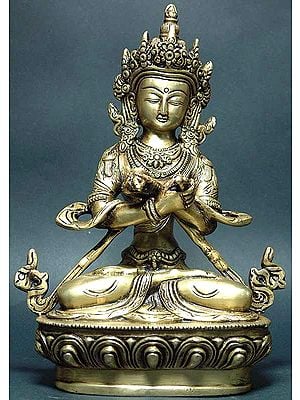