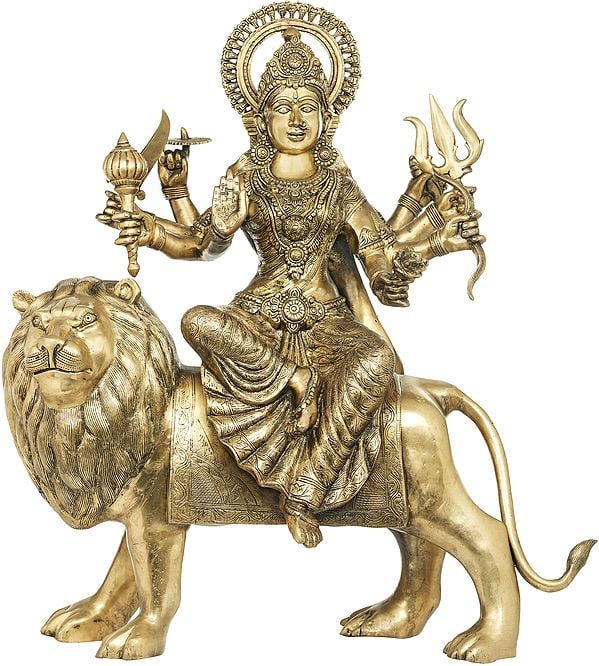 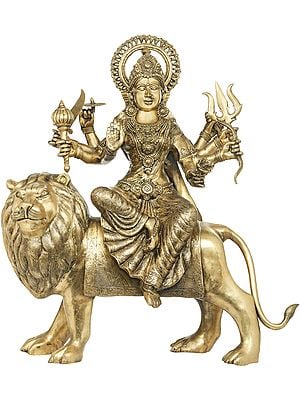 $1421.25$1895.00  [ 25% off ]FREE Delivery
Durga is the devi of multiple arms. In Her diverse iconographies, She is depicted as atleast the ashtabhuja (the eight-armed). In each of Her hands She holds an implement gifted to Her by the devas when They together forged Her to defeat the demon Mahisasura. Anticlockwise from the most posterior right arm, She holds the sudarshana discus given by Vishnu to symbolise time and the entire existential realm at Her command; the sword is from Kala, designed to cut through the darkness of ignorance; the goad is from Vishvakarma, and symbolises fearlessness; the right hand at the forefront is raised in blessing; the left hand at the forefront bears a freshly bloomed lotus; the bow given to her By Surya and Vayu stands for potential and kinetic energey; the trishool (trident) is of course from Her lord Shiva, and stands for Her divine control over sattva, rajas, and tama; and the conch given to Her by Varuna symbolises the sacred sound AUM that made the universe as we know it happen. The iconography is indisputable: a cascade of necklaces covering Her torso, the gorgeous pleats of Her saree, and the radiant countenance replete with the karnaphool, the signature nosering, and a gracious crown with lotus-petal engraving and studded with pearls.

What sets this haloed Durga apart is Her ferocious vahana, the lion. She sits astride Him, Their composite stance one of dynamism. His gaze is as fierce as the invincible Devi that rides him sidesaddle. Zoom in on the gorgeous mane to see how each strand has been superbly defined. The whiskers, the lashes lining the characteristic eyes, and the tilak on the forehead have been engraved with considerable finesse. The contrast produced in the mood of this composition makes this an unusual sculpture of the Devi - while the lion's piericng gaze makes the adharmee tremble in anticipation of its attack, the Devi herself is the very picture of maternal tranquility. 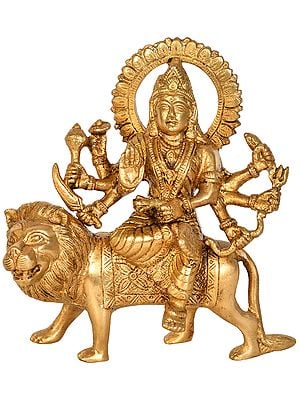 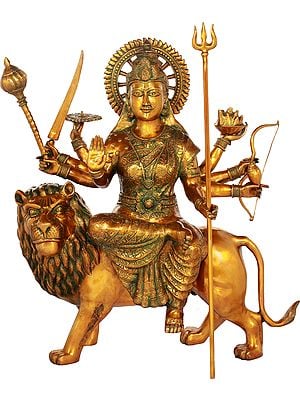 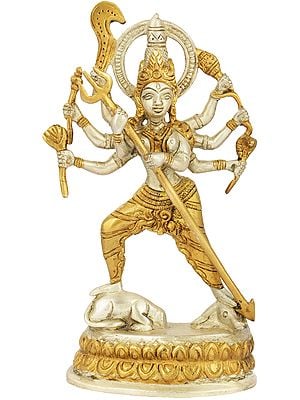 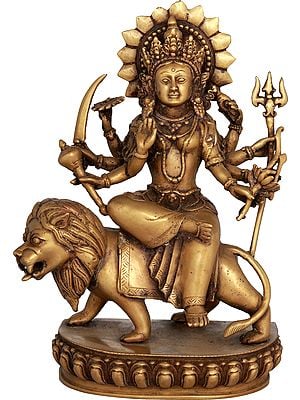 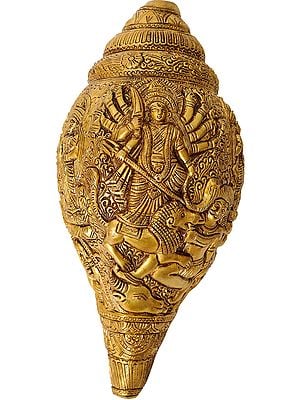 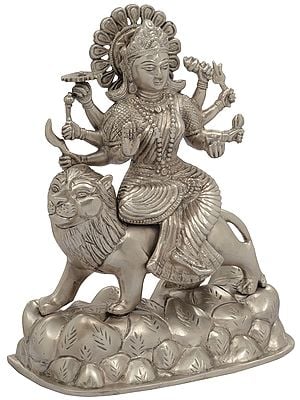 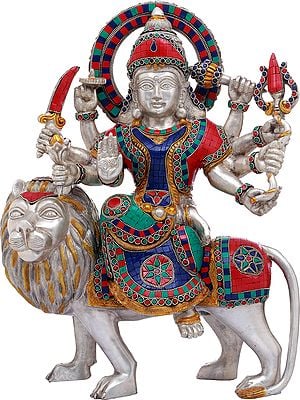 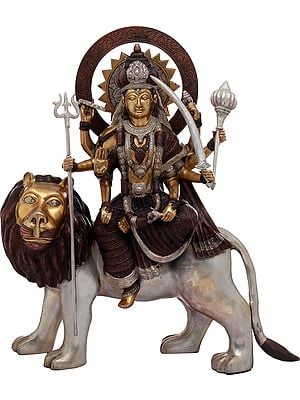 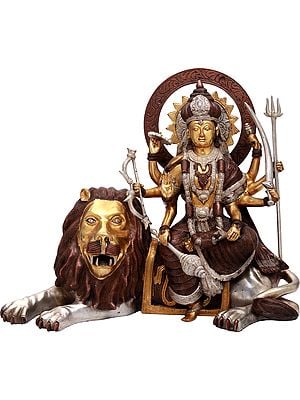 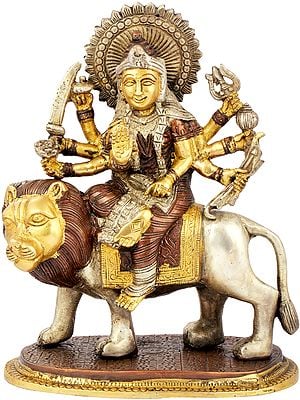 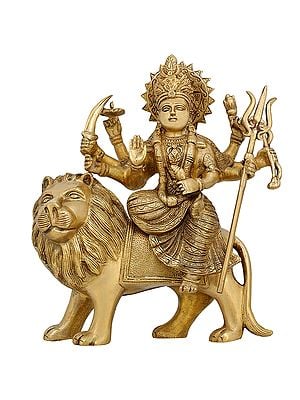 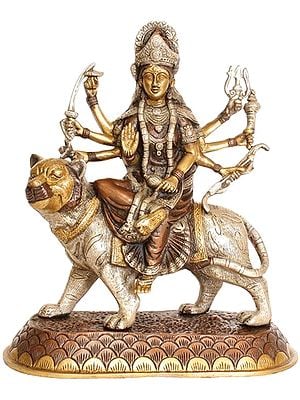 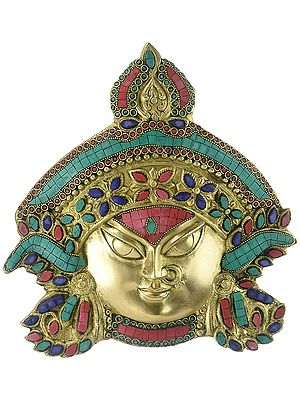 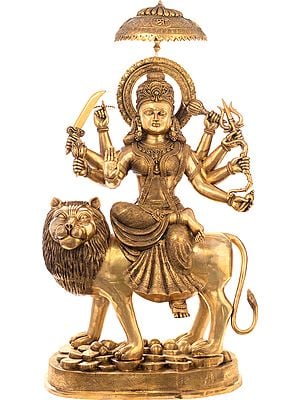 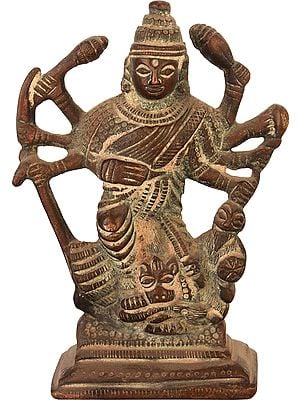