The Unmistakable Silhouette Of The Nataraja 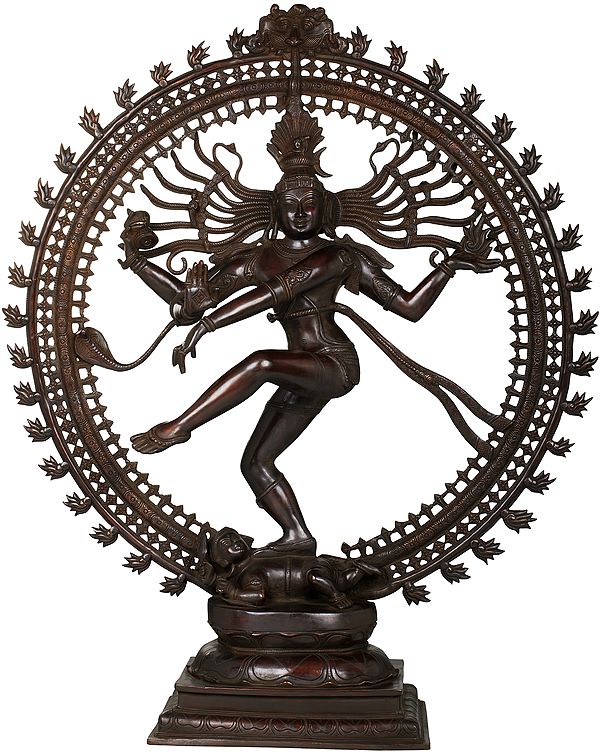 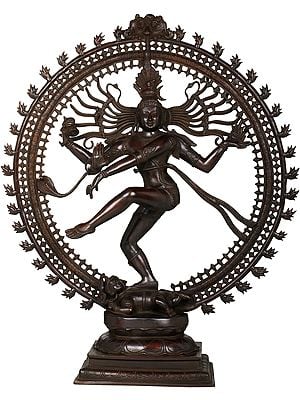 $1584.00FREE Delivery
(Rated 5.0)
Having visualised the cosmic cycle of creation-preservation-destruction in its unending evolution and devolution - timeless as much as it is temporal, within space as well as without - it is the figure of Nataraja that emerges. A solitary dancing figure, essentially alone. In stark contrast to the flute-playing Krishna surrounded by dancing gopis, the Nataraja is unaccompanied and never the flux of this cosmic dance or tandava. He may be accompanied by Kali or Parvati, whose lasya forms the other half of the tandava; or fuse into the latter to project the Ardhanarishvara. In His signature Nataraja portrayal, He dances to the eternal naad (sound) that led to creation and destruction, the very picture of which is His tandava. Note the damru and the flame He holds in His posterior hands, signifying creation and destruction respectively.

No other image so powerfully conveys the essence of Indian culture. The silhouette is striking - a towering crown of a five-hooded snake, flaming locks that resemble snakes as they motion, and the statement mudra of the limbs. He is clad in a mere loincloth, while live snakes adorn His body. For the five senses, He bears the third eye (of deep consciousness), the naad-emanating damru, dhatura's aroma, the ash-smeared skin, and the poison of the Nilkantha. This Nataraja composition of flawless in terms of both iconography and aesthetics, and would be a great investment to make to your space. From the complex flame-laced aureole to the figure of ignorance at Nataraja's feet, and the gorgeous double-lotus pedestal, each aspect of this murti has been sculpted with great skill.