Ushnishvijaya – The Mother of All Buddhas 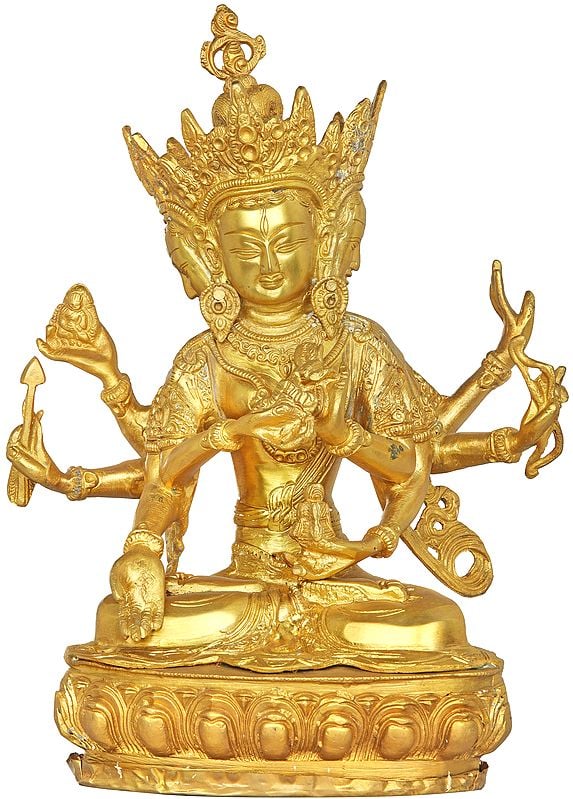 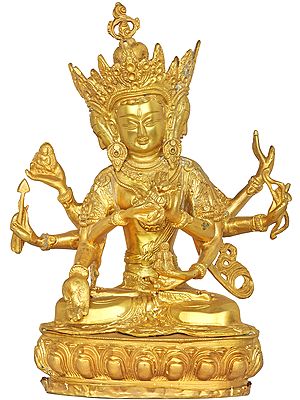 $188.00FREE Delivery
Usually ships in 10 days
Notify me when this item is available
Ushnishavijaya is the Goddess of long life. She is also known as Vijaya and is a personification of the scriptureUshnishvijaya-dharani. She is also a manifestation of Prajnaparamita, Goddess of wisdom. Ushnishvijaya is one of the three main deities of long life the other two long-life deities being White Tara and Amitayus Buddha. Prayers to her can prolong life span thus she is victorious over death. She is a very popular Goddess in Tibet and Mongolia. In Japan she is looked upon as the deification of the Buddha's Ushanisha. She is also very much revered in Nepal where she is seen as an incarnation of Sitatara or White Tara. Her title is Mother of All Buddhas, in connection with her superior knowledge. That's why she holds a little Buddha figure in one of her hands.

Her intelligent white face with its three eyes looks confidently in fierce moods. Her main right hand, held near the breast, hold a vishva-vajra,signifying her perfect mastery of the basic elements of reality and thus her power to arrange them to support boundless life for any one who will spiritually benefit thereby; her upper right hand is holding a miniature image of Amitabha, the Buddha of boundless light; her second right and left hands hold an arrow and bow, respectively, symbolizing the universal reach of compassion and wisdom that can penetrate the egotistic hearts of all beings and Her third right hand is in varada-mudra (boon-granting gesture). Her main left hand, held near the chest, is holding a noose to tie up disturbances, while the upper left hand is in abhaya-mudra. Her lower left hand, held in meditative position, holds the vase of the elixir of immortality.