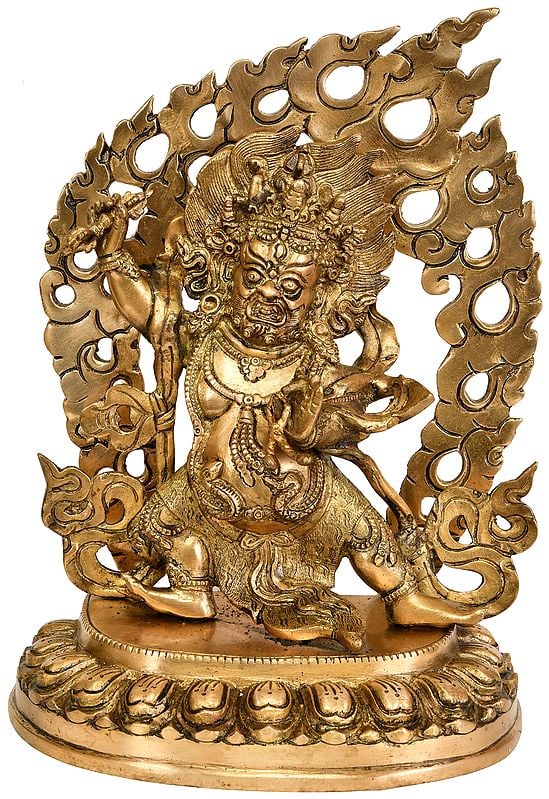 FREE Delivery
$303
Quantity
Usually ships in 10 days
Notify me when this item is available
On the popular level, Vajrapani, Holder of the Thunderbolt Scepter (symbolizing the power of compassion), is the angelic Bodhisattva who represents the power of all the Buddhas, just as Avalokiteshvara represents their great compassion, Manjushri their wisdom, and Tara their miraculous deeds. For the yogi, Vajrapani is an archetype deity of fierce determination and symbolizes unrelenting effectiveness in the conquest of negativity.

His taut posture is the active warrior pose (pratayalidha), based on an archer's stance but resembling the en garde position in Western fencing. His outstretched right hand brandishes a vajra and his left hand deftly holds a lasso - with which he binds demons. He wears a skull crown with his hair standing on end. His expression is wrathful and he has a third eye. Around his neck is a serpent necklace and his loin cloth is made up of the skin of a tiger, whose head can be see on his right knee.

Vajrapani is believed to be the savior of snakes (nagas), and since the Nagas are believed to control the rain-clouds, Vajrapani as their protector is looked upon as the Rain God, and it is to him Buddhists appeal when rain is needed, or is too abundant. In this capacity Vajrapani is identified with Indra, the Indian god of Rain. 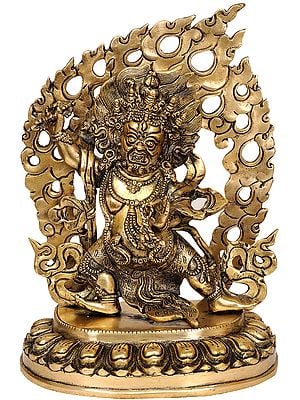 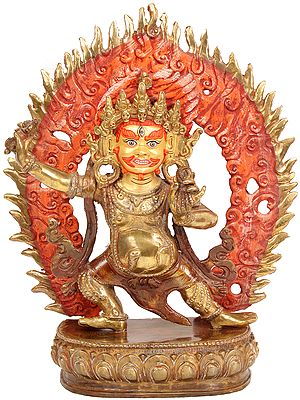 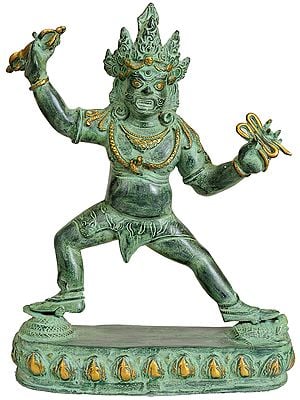 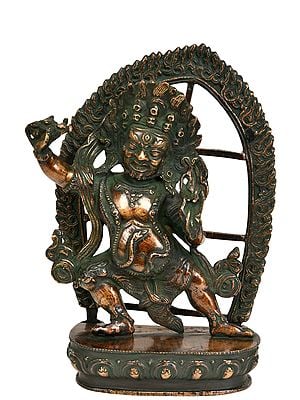 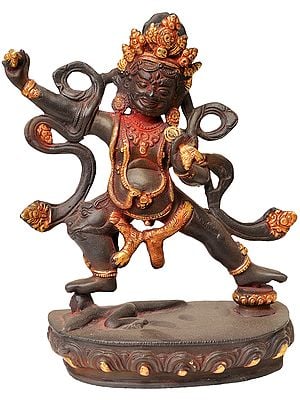 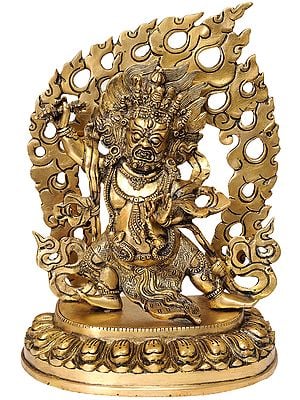