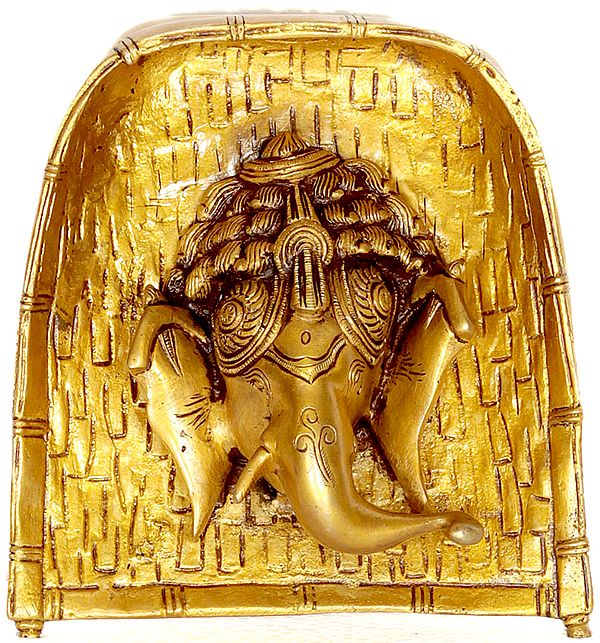 The eldest son of Goddess Parvati and Lord Shiva, little Ganesha is a handsome elephant faced Godhead who attracts everyone with his charming transcendental personality. Here, on a wide, enlarged and glorious textured surface, the curly haired Lord Ganesha has been depicted with long ears and heavy ornaments along with a twisted trunk and a single tooth while the other one is broken which is symbolising his 'ekadanta form.

A fabulous crown has been placed on his jata hairs that hang downwards with an Urdhava Pundrik (Tilak) mark on his forehead along with thoroughly cut gongs on the both sides. We can also see two flashing long ears setting a remarkable effect on the sculpture.

This is an auspicious piece of craft which is extraordinary and ornamental and has been adorned in a lustrous finishing which has turned it into a majestic golden composition in our living room.

Notify me when this item is available
Save to Wishlist Send as E-card Share by Email
Free Shipping. Delivered by