The Use of Colors in the Rajput School of Miniature Paintings

The Rajput painter had inherited a legacy of mural painting as well as the art of the book. He devised a pictorial scheme with colour as a principal means of visual articulation. Conspicuously he retained the colour of complexions, costumes and architecture as local, while playing up the tenor of the natural environment in low or high key, or changing them altogether from their normal hues. 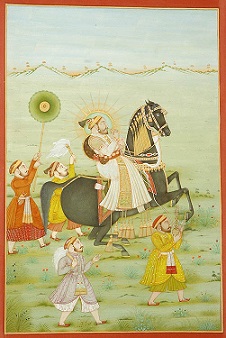 (The blue complexion of Krishna is maintained as normal, hence considered local and not exceptional.) The strength of many Rajput paintings rests in balancing the tension of the two. It meant that the world of natural environment was conceived through the eyes of human images who inhabited it and not through an 'objective' view from outside. It afforded the artist an opportunity to improvise a colour scheme to match the mood of the image portrayed through the environment, approximating its fluctuations by raising or lowering the tenor of colour. 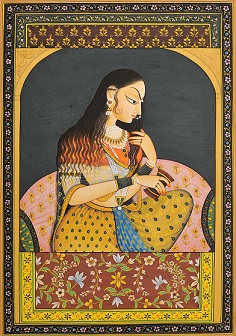 Colour is not viewed empirically as a consequence of refraction of light , hence its use is not necessarily descriptive. This counters the notion of colour being local to objects of optical perception-so integral to illusionistic art. It however refers to light metaphorically as a source that vivifies, heightens or mellows (in short transforms) the field of vision. But light here should be distinguished from daylight or artificial light with their contingent shadows. Dark and shadows as means of formal articulation and concealment-so predominant a factor in European painting, are also conspicuously absent here. The night scenes, except in the very late miniatures increasingly under the influence of European art, are usually rendered in full or filtered light of the moon or lamps with total visibility and night's presence indicated by conventional symbols. 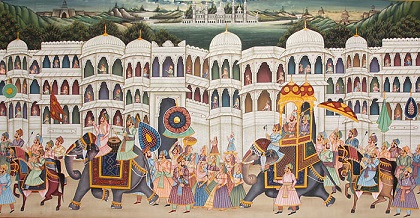 This distinguishes it from the representation of atmosphere in European painting as well. The Impressionist use of colour to represent light and air is equally alien to Rajput painting. In the Impressionist scheme, the change of colour meant a negation of browns and blacks as shadows and an aesthetic confirmation of the new theory of light according to the invention of the prism. Though a departure in some measure from the conventional modes, it was basically within the ambit of optical appearance related to illusionism. For the Rajput, this was antithetic to the nature of his perception of colours. 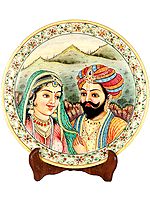 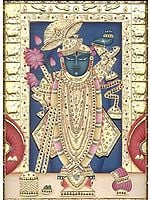 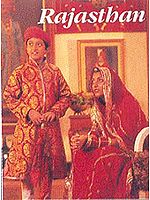 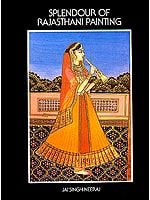 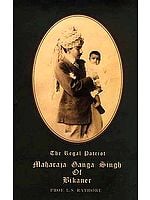 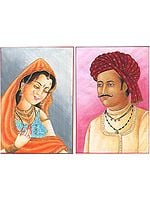 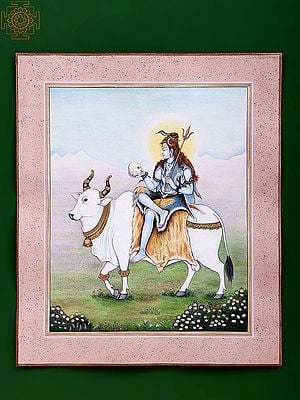