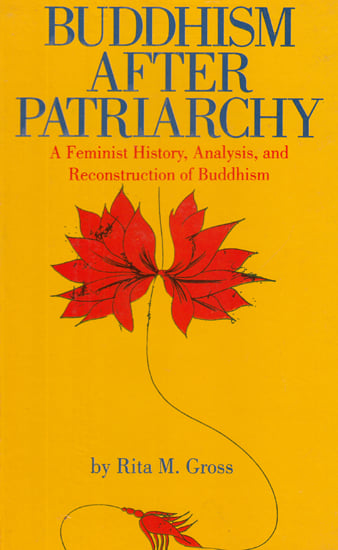 “I cannot say enough in praise of this book. It is well balanced, balancing creative insightful thinking with solid scholarship, and it is fascinating - a real page-turner. (I’m not kidding!)”

This book surveys both the part women have played in Buddhism historically and what Buddhism might become in its post-patriarchal future. The author completes the Buddhist historical record by discussing women, usually absent from histories of Buddhism, and she provides the first feminist analysis of the major concepts found in Buddhist religion. Gross demonstrates that the core teachings of Buddhism promote gender equity rather than male dominance, despite the often sexist practices found in Buddhist institutions throughout history.

“The power of this book comes from the combination of the passion and analytic skill that Gross brings to this feminist reconstruction of the Buddhist tradition. It is a book that should inform all introductory classes on Buddhism. Through a reexamination of basic texts, Gross describes women’s experiences in different cultures and epochs, and shows their relevance for the Buddha’s Path to Enlightenment as well as for the social roles and images of women in different times and places.”

“Gross has written the magnum opus of feminist critique and revisioning of Buddhism. This has great theoretical and practical significance for feminist theology in its global inter-faith dialogue. The particular merit of this book is its bridging of high quality scholarship and accessibility to the non-expert.”

“The book will fill a real, indeed urgent, need and be of great service to many Buddhists and students, scholars and friends of Buddhism. Here are some of its many strengths: It clearly harvests years of impassioned study and experience, offers refreshingly bold, original and well-reasoned arguments, and deals with important questions that only a woman who is both a scholar and a practitioner would adequately recognize, It appropriately combines both textual work and historical/anthropological perspectives, along with a clearly delineated feminist theoretical stance. It offers a valuable overview of the roles of women and discerning comparisons between them. The feminist analysis of key Buddhist concepts is excellent, especially issues of gender in relation to selflessness, emotions, nonduality. These burning issues for many Western women meeting Buddhism receive here very thoughtful, thorough, original treatment. The prophetic voice’ that Gross openly brings to the Buddhist tradition is welcome, moving and appropriate.”

Rita M. Gross is Professor of Comparative Studies in Religion at the University of Wisconsin - Eau Claire. A former president of the Society for Buddhist-Christian Studies, she is the editor of Beyond Androcentrism: New Essays on Women and Religion, and with Nancy Falk, of Unspoken Worlds: Women’s Religious Lives. She is also the author of numerous articles and essays on women and religion.

This book is the result of many years of hard work and contemplation. Without the inspiration of my teachers and the encouragement of my friends, this task would never have been begun or completed.

First I would like to thank my academic teachers. Florence Walzl of the University of Wisconsin-Milwaukee encouraged me to be serious about an academic career at a time when undergraduate women were generally steered in other directions. I am deeply grateful to the late Mircea Eliade, who first suggested that I devote a major portion of my academic research to the study of women and religion. Charles H. Long and Joseph M. Kitagawa, also of the University of Chicago, have continued to encourage this scholarship.

From my dharma teachers, whom I encountered much later, I learned different lessons, but they are equally critical. The late Chogyam Trungpa and the late Osel Tendzin were brilliant, outrageous, incredibly kind, and very controversial teachers. They inspired their students to uncommon dedication and courage. They also challenged us to carry forward their own vast vision into all areas of life, to regard living and practicing the dharma as inseparable.

Friends in the many worlds that I inhabit have all encouraged me to continue, have read and commented upon earlier drafts of portions of this book, and have provided sorely needed companionship at critical stages in the process of learning enough to be able to complete this book. In the world of academic scholarship, my dear friend Nancy A. Falk has been a constant source of encouragement and helpful feedback In the early years of my academic career, the community of young feminist scholars of religion was a sustaining force. Carol Christ, Naomi Goldenberg, Judith Plaskow, and many others, helped give me the courage it took to be a young feminist scholar hi the early days of feminist scholarship. Among Buddhist friends, I especially want to acknowledge Jean and Brus Westby, Cassell Gross, and Jaird de Raismes, true companions of the Way. The world of Buddhist-Christian dialogue and encounter has increasingly become a significant community of support and encouragement. I want to thank David Chappell for frequent doses of enthusiasm for my project, Frederick Streng for helpful discussions of methodology, and John Cobb for first challenging me to acknowledge Western roots of my Buddhist feminism. My Mend Judith Simmer-Brown is involved in so many common areas of discussion that I am at a loss to place her in a single category. Many other voices the years have aided in giving me strength; I apologize for not mentioning all of them by name.

I must acknowledge the University of Wisconsin-Eau Claire, which generously provided me with a sabbatical during the fall semester of 1990, during which I wrote most of the first draft of this book. The university has also provided me with minor grants over the years to help with various projects necessary to preparing myself to write this book. I especially appreciate the understanding of my former department chair, Bruce Jannusch, who facilitated my need to attend various meditation intensives during the years when they constituted a major part of my training. Many, many students who have taken my classes in Buddhism and in Women and Religion, have forced me to clarify and simplify my presentations. Their appreciation of those classes has also been inspiring tome. Wishing not to omit any of them, I will not attempt a complete list of such students.

Lastly, I wish to thank my editor at Suny Press, Bill Eastman, who gave extremely helpful suggestions in a kind and warm manner. It is hard to imagine a more co-operative or enthusiastic editor. 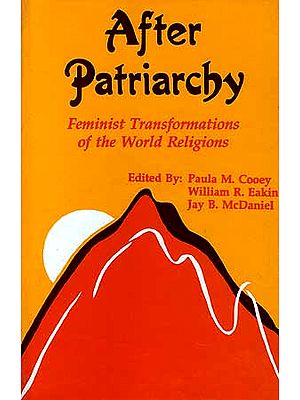 The Emptying God: A Buddhist-Jewish-Christian Conversation
By John B. Cobb, Jr.Christopher Ives
$33
FREE Delivery
Book FAQs
Add a review
Have A Question