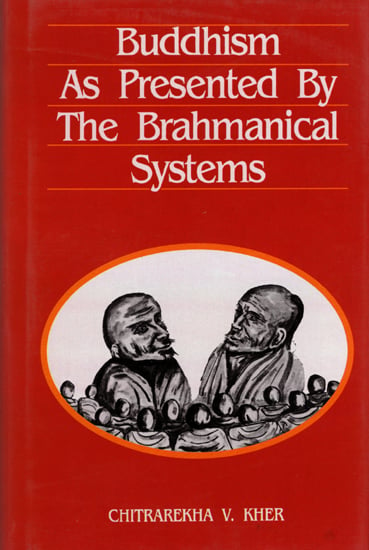 The systems of Indian philosophy represent the attempts at a logical explanation of the problem of a reality and a reasoned interpretation of spiritual experiences. Traditionally, the systems are divided into the `Astika darsanas', i.e. the orthodox systems and the Wastika darianae, i.e. the heterodox systems-Buddhism and Jainism. This division is founded on the acceptance or rejection of the Vedas as the source of authority, not only in the worldly but also in the spiritual matters (srutipramanya). The six orthodox systems of Indian philosophy profess an allegiance in varying degress to the authority of the Vedas and thus display a profound regard for tradition, a positive outlook towards the world, the life and its manifold activities, these are some of the features shared in common by these systems which mark them out from Buddhism. Buddhism signified right from its origin a negative at-titude in different field. In the beginning it stood against the sacrificial and ritualistic practices highly prevelant in the society at large, against the distinction among men based on four social classes. In philosophy, as presented by the Brahmanical systems there was first the denial of soul, as sup-ported by the theory of universal flux which meant denial of any enduring thing. Buddhism denied causation as a real process. The six orthodox systems of Indian philosophy have waged a fierce and continuous intellectual warfare with the Buddhist.

The systems of Indian philosophy represent the attempts at a logical explanation of the problem of reality and a reasoned interpretation of spiritual experiences. Traditionally, the systems are divided into the 'Astika darganail, i.e. the orthodox systems ind the `Nastika darganas', i.e. the heterodox systems. This division is founded on the acceptance or rejection of the Vedas as the source of authority, not only in the wordly but also in the spiritual matters (grutipramanya). It is observed that this division has no reference to how these systems approach and solve the problem of reality i.e. the division is not of the Realist and the Idealist shools. It is, however, to be remembered that the division of the Realist and Idealist schools is foreign to Indian systems. On the other hand, the terms 'astika' and `nastika' do contain a reference to the approach to and the solution of the problem of reality. They may be taken to signify broadly the distinction of the positive and negative outlook. The distinction of the Brahmanical and the non-Brahmanical systems suggested by the title here, does not refer to acceptance or rejection of sacrifice and ritualism treated of in the 'Brahmana' portions of the Veda. It is also not confined to the source of the systems i.e. to the particular class-circles in which the orthodox systems are supposed to have their origins. It is supposed that the orthodox systems originated amongst men of the first class i.e. Brahmanas as distinguished from the Jaina and the Buddhist systems, which originated among the Kptriyas. The term 'Brahmanical' is used here in a more comprehensive sense. It has nothing to do with the spirit of dominance of the Brahmanas. Even though the six orthodox systems of Indian philosophy viz. the Nyaya, the VaigeOlca, the Sankhya, the Yoga, the Purva-Mimaiiisa and the Uttara Mirnathsa differ among themselves, their outlook to ways of life is more or less homogeneous. They all profess an allegiance in varying degrees to the authority of the Vedas and thus display a profound regard for tradition. The four stages of life (agramas), the division of society into classes (varnas), the prominence accorded to householder's state as the backbone of social life, a positive outlook towards the world the life and its manifold activities, these are some of the features shared in common by these systems which mark them out from Buddhism. Followers of these systems lived in unison as constituents of a harmonious whole because they all believed in the general scheme of life. Their ways of thinking and adoption of particular philosophical views did not prevent them from being essential factors of a social order, 'Brahmanism' stands for a commonly accepted tradition in the social, the economic, the philosophical spheres. It signifies a culture, not only in these three fields but also in classical as well as other secular literature. The exponents of the Brahmanical systems of philosophy accepted this particular culture and hence their common grounds are suggested by the term in distinction from the Buddhists.

Buddhism signified right from its origin a negative attitude in different fields. In the beginning it stood against the sacrificial and ritualistic practices highly prevalent in the society at large, against the distinction among men based on four social classes such as the Brahmanas, the K*atriyas and the like. It sponsored monk-ideal as the symbol of good life. In philosophy, is presented by the Brahmanical systems there was first the denial of soul, as supported by the theory of universal flux which meant denial of any enduring thing. Buddhism denied causation as a real process. It advocated the denial of a substance, of a whole of an act, of real relation, of time, of god, of the possibility of existence in the post-liberation state; of a positive joy, of validity of determinate perception, of the validity of inference in a true sense, of the scriptures so cherished by a nation, of the positive word-meaning. It is notable that Buddhism denied jai' not only in social scheme but also in the philosophical sphere. There is no doubt that the Buddhist thinkers arrived at these conclusions by a consistent use of stern logic but they provoked a strong reaction from the Brahmanical side.

There was another reason responsible for the antagonism between Brahmanism and Buddhism. Buddhism showed its dissatisfaction with the prevalent social structure. It had a dislike for the `jatis' and availed itself of every opportunity to criticise the Brahmanical culture. On the other hand, a major section of the Buddhists was that of the monks and this section sponsoring philosophy and ethical religion had not much to give back to the secular life of the society. From the economic point of view of the society, it was a non-productive section depending for its existence on the work and charity of the people. There were also ample instructions and rules for the life of a renunciate. But the householder who professed faith in Buddhism had to fall back upon the Brahmanical ways of life for all matters excepting his faith. He could not cut down his ties with the Brahmanical society around him and even if he himself did not believe in caste, the society allotted him a place in the scheme according to his caste. It was also found difficult to wipe away the age-long influence of tradition. If such a Buddhist follower refused to accept the Brahmanical ways of life such as the `sarhskaras' etc. he stood for an opposition to Brahmanism. This may be taken as a failure on the part of Buddhism to supply a powerfully workable substitute for the social structure.

Jayanta states that there are scriptures of two kinds. The scriptures of the Buddhists etc. are entirely opposed to the Vedas (sarvatmana vedavirodhenaiva pravartante Bauddhadivat). Others lay down instructions about different vows and religious observances in such a manner as may not involve opposition with the Vedas (aviro-dhenaiva). Jayanta remarks that `Buddhagastra' is evidently `Vedabahya' because it asserts the rejection of conduct befitting one's caste (jatidharmocitacarapariharavadharanat I NM). The `aptatva' of the Vedas is justified when great people favour and accept the Vedic instructions. The sign of a great person (mahajana) is that he follows the scheme of the four varnas and the four a.cramas well-established in the country of the Aryas. Jayanta remarks to disclose the hypocrisy of the Buddhists that the Buddhists also are regulated in their conduct by the Vedic authority because they avoid the touch of the candalas, etc. Otherwise, when the thesis of `jatis' is rejected where is the fault in the touch with them?

It is generally accepted that the acceptance and rejection of the soul constitutes the demarcating line between the two sets of philosophical systems, the Brahmanical and the Buddhistic.

It may, however, be seen that the real issue of opposition is more comprehensive which lies in the positive and negative attitude favoured by these two sets of systems. Vacaspati while dealing with the Buddhist denial of soul admits the truth of Dharmakirti's professions for the benefits derived from Nairatmyavada', but as if a representative of Brahmanical thinkers, he stresses the need of Astikya. He points out that for the sake of `Astikya' one should believe in and practice the theory that there is soul (seyam astikyayannastitopasaniya). All philosophies are agreed that the goal of philosophical enquiry and life is absolute freedom from every suffering (atyantika duhkhaparitiara). 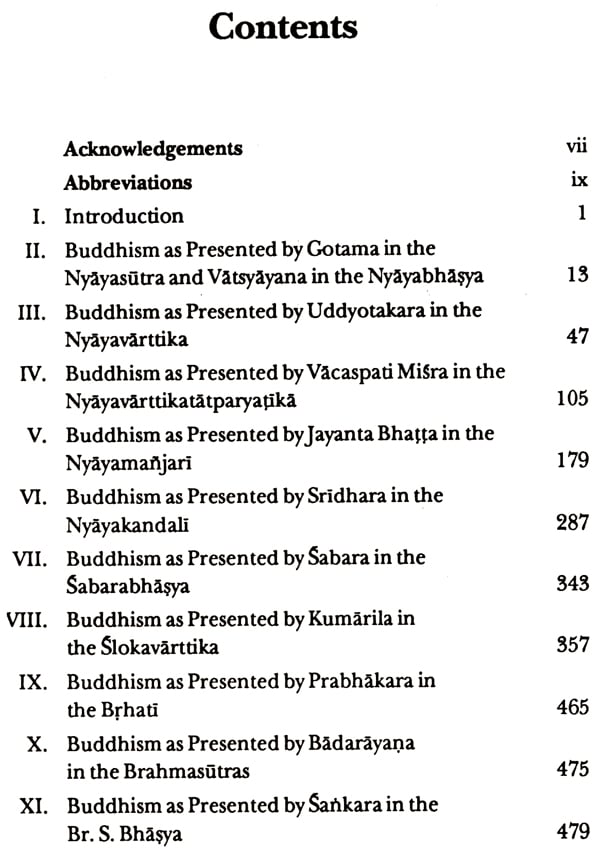 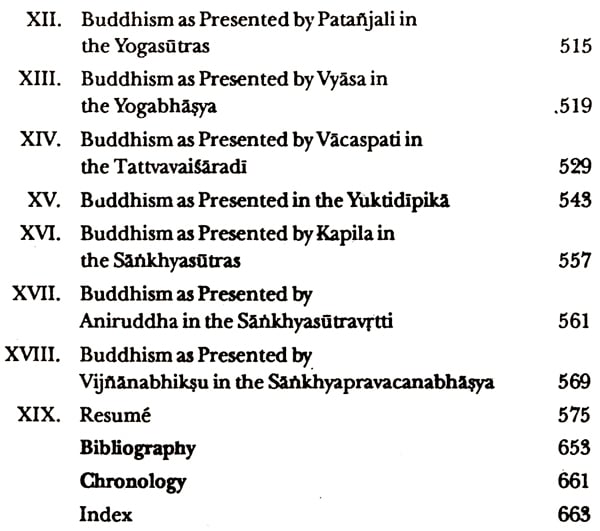 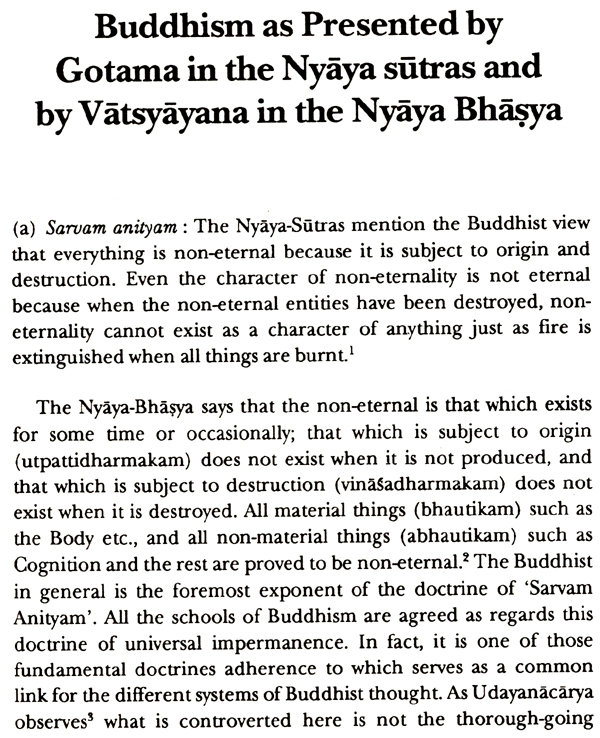 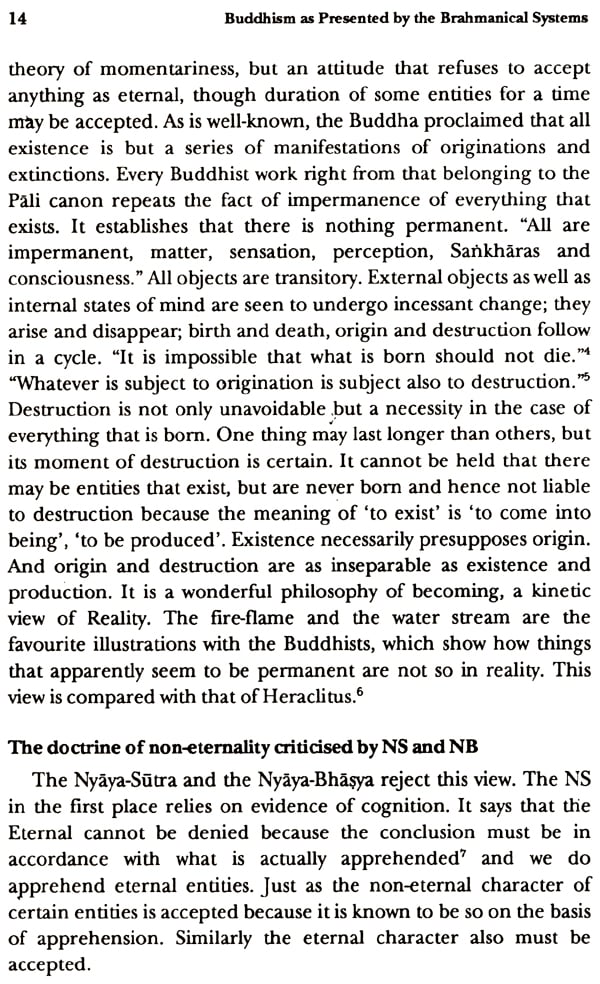 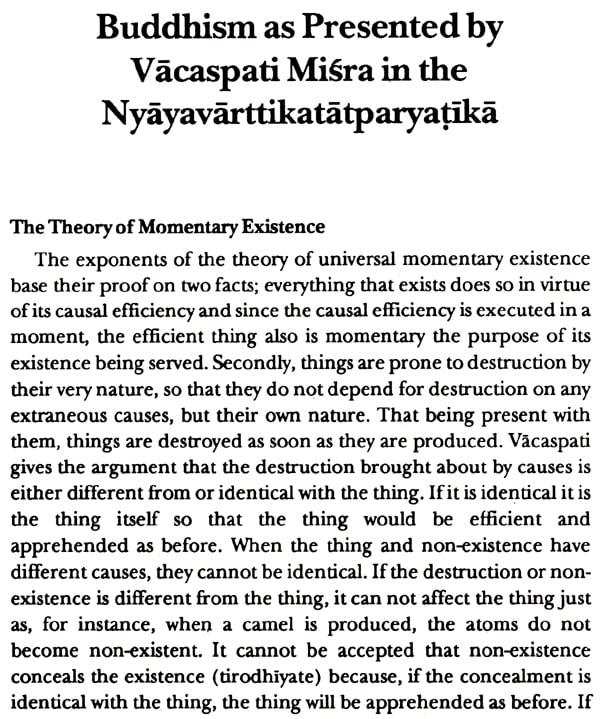 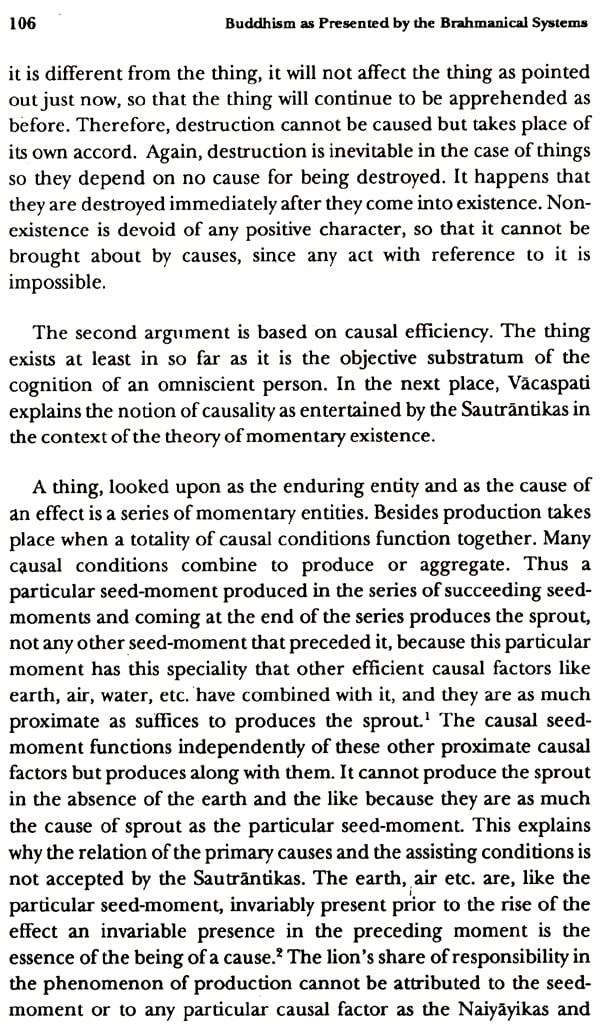 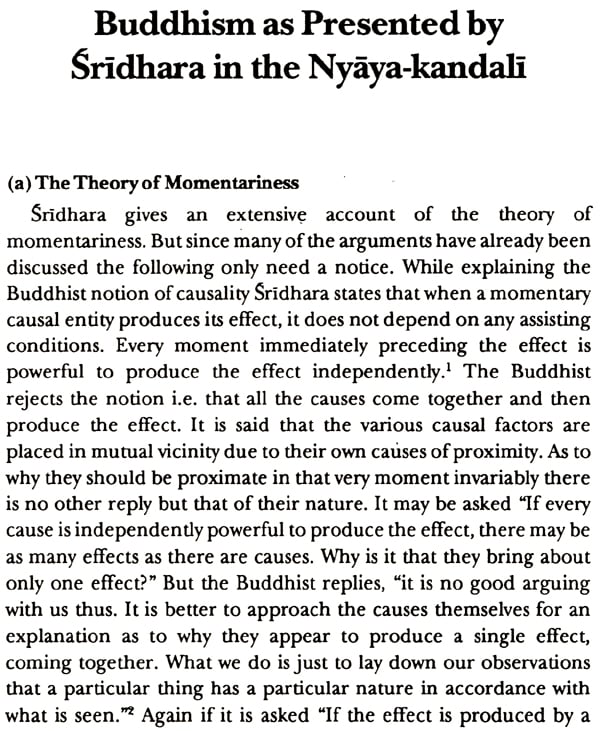 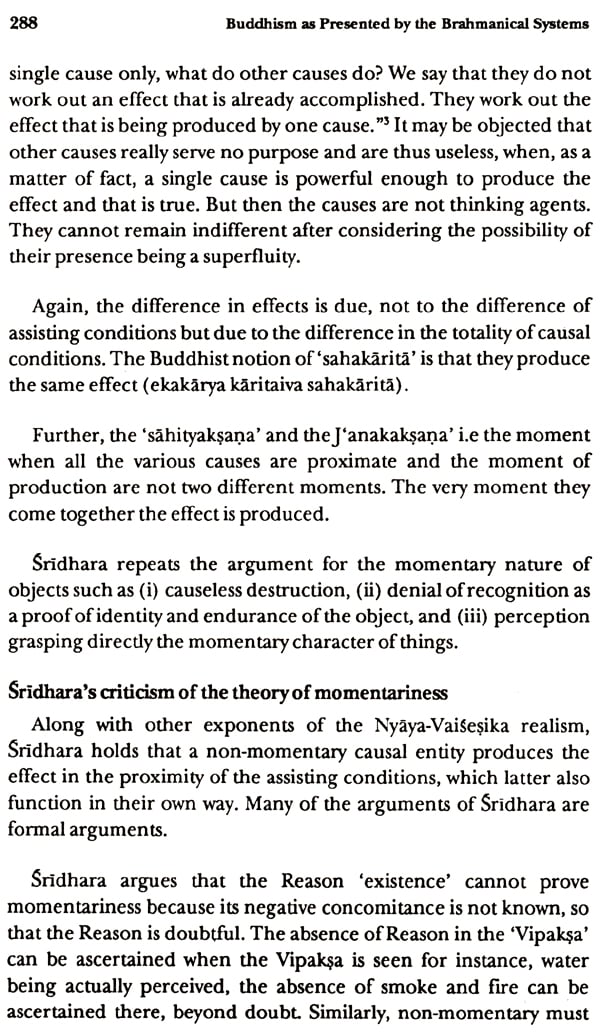 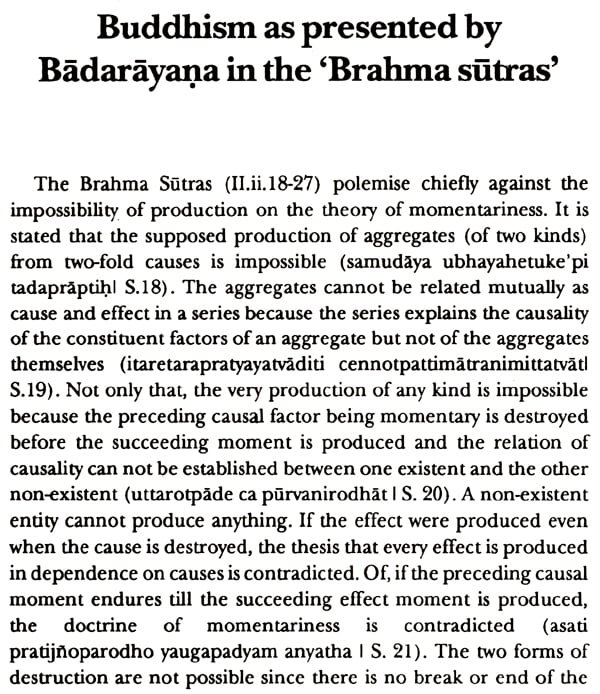 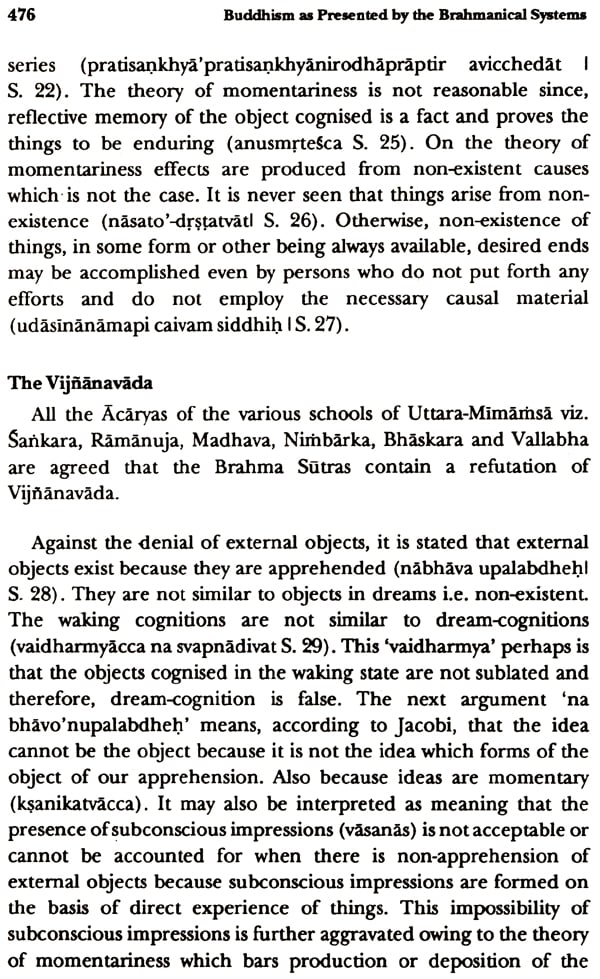 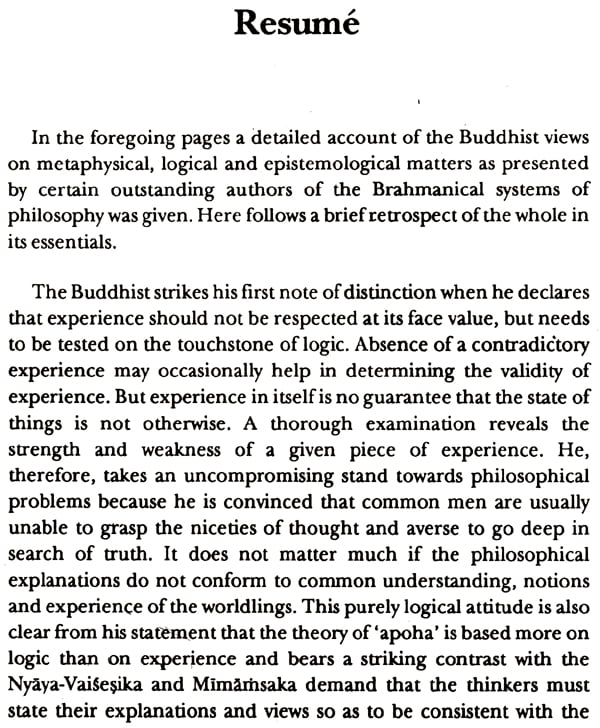 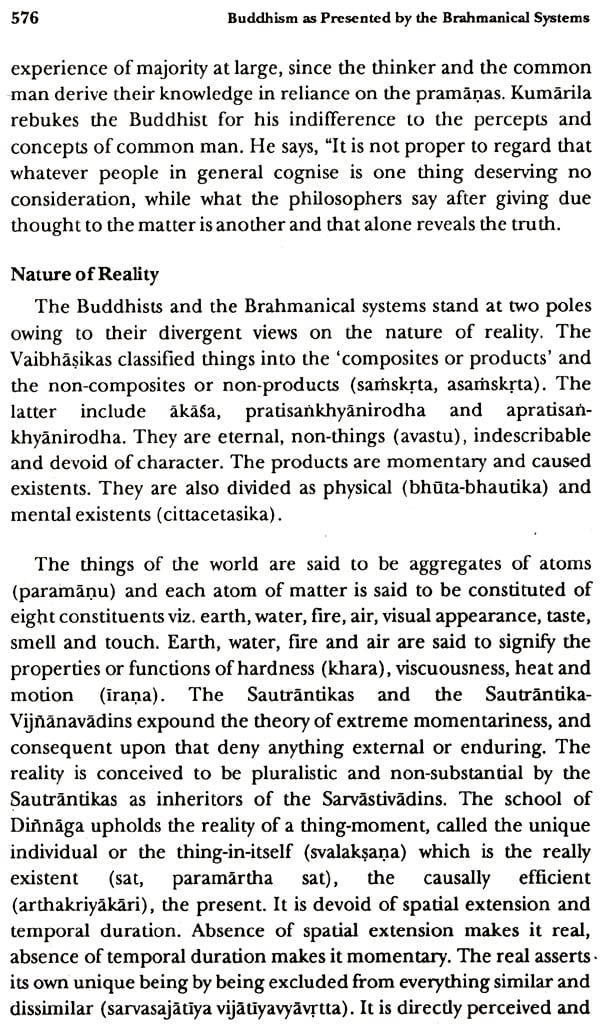 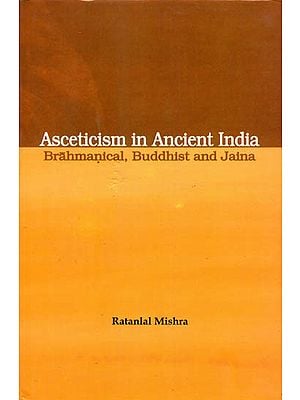 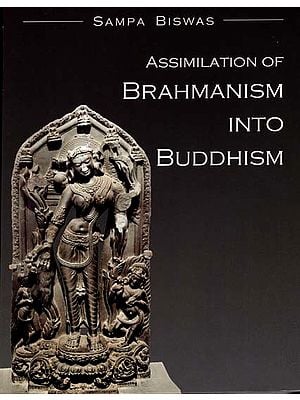 Madhyamaka Schools in India {A Study of the Madhyamaka Philosophy and of the Division of the System into the Prasangika and Svatantrika Schools
By Peter Della Santina
$27.67
FREE Delivery
$41  (10% + 25% off) 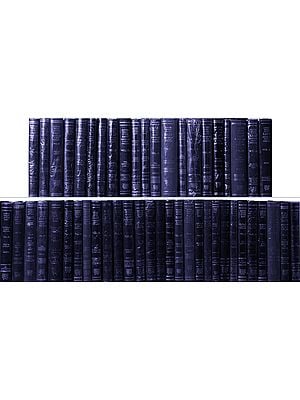 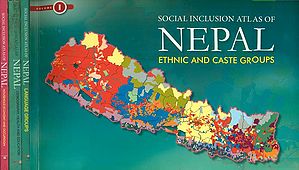 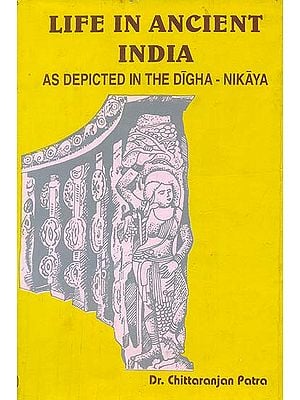 The Buddhist Philosophy of Universal Flux: An Exposition of the Philosophy of Critical Realism as Expounded by the School of Dignaga
By Satkari Mookerjee
$41.85
FREE Delivery
$62  (10% + 25% off) 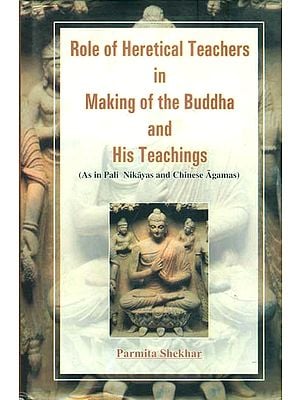 Role of Heretical Teachers in Making of the Buddha and His Teachings (As in Pali Nikayas and Chinese Agamas)
By Parmita Shekhar
$20.93
FREE Delivery
$31  (10% + 25% off)
Add a review
Have A Question