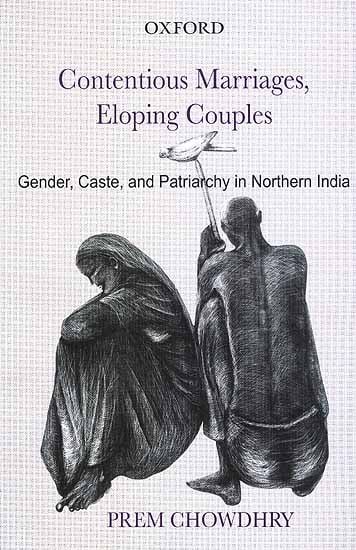 This book deals with the widespread phenomenon of contentious marriages and elopements in rural and semi-urban north India. Such challenges to norms and customs have recently escalated, and have become more complex due to the changing dynamics of power between, and within, caste groups. As runaway couples question the authority of family, caste, and community, traditional powers have become more dictatorial and violent.

The study shows how colonial order strengthened caste endogamy and posed a challenge to inter-caste marriage. It focuses on the intervention of the caste panchayats. It explains how-and why-despite post-colonial changes in law and polity, these patriarchal bodies wield extra-judicial power in the name of upholding the 'honour' of family, caste, and community.

The book demonstrates how the state frequently colludes with traditional forces to de-legitimize attempts to break out of the traditional system. In the process, it often overrides question of legal and human rights of individuals. It also clamps down on female sexuality and on the exercise of women's rights over their bodies.

Dwelling on the role played by the state, the author discusses the implications of the Hindu Succession Act, 1956, for written. As beneficiaries of this Act, they, especially widows, are subjected to the most exploitative practices under the system of levirate.

The author explains why young people in twenty-first century India are defying the burdens of caste and status more openly. The emergence of a restricted marriage market, a skewed sex-ratio, an escalating dowry economy, and extensive unemployment have created a crisis of masculinity, power, and domination.

Based on extensive fieldwork, interviews, official and legal documents, and archival material, this book will be of interest to scholars of sociology, gender studies. History, and politics.