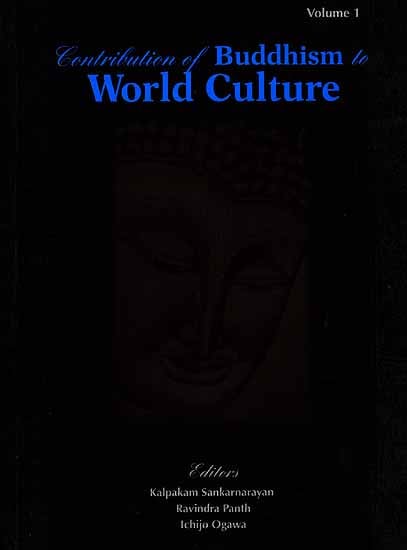 23 years in business
Preface
We felt the need for reassessing the contribution of Buddhism to the world culture so as to preserve the ancient scriptures, archaeological sites, monuments, philosophical ideas and ideals expressed through language and literature, art and architecture etc. which have enjoyed the world attention. Keeping this in mind, the title of the conference "Contribution of Buddhism to the World Culture" was held for the academic deliberation jointly by K. J. Somaiya Centre for Buddhist Studies, Mumbai, Nav Nalanda Mahavihara, Patna, India and Otani University, Kyoto, Japan in March 11th -14th at Vidyavihar Campus, Mumbai.

All civilizations whether primitive, ancient, medieval or modern have in the course of their development-produced cultures. In the name of Culture they have created art and architecture, language and literature, music, fine arts, social customs, codes of ethics and behaviour, laws, philosophy, and religion. It is by examining a civilization's culture, and its contributions to the world were analyzed and appreciated its achievements by scholars Who brought different periods of philosophy, language, and literature, the art and architecture from around the world more visible by their academic presentation. The scholars from different parts of the world showed that every civilization's religion too, in the course of its history contributes something to the world in general and in particular in terms of faith, practice, art and architecture, religious beliefs, ideas and ideals which are expressed in scriptectures and sometimes given visual expression and sometimes from the subject matter of different sects of the school or thought as well as key to the visual from of art and architecture. In a sense art and architecture provide mirrors to reflect a civilization's religion. In this respect Buddhism is no exception.

To contribute means to give. What Buddhism has given to the world is not profound analysis of, and a practical solution for the problem of human suffering but also a monumental and rich legacy to the world . Much of this legacy is in giving importance to different scriptures as taught by Buddha at different times as per the need of the people, which are visible even today not only in its homeland of India and in much of the south eastern and eastern world, but to the whole including the European and other Western countries.

Right from early history, we know that spread of Buddhism outside India was of a great welcome. Dissemination of Buddhism from the land of its birth, was not at the cost of blood shed on war path but with its encompassing philosophy of universal love, non- violence and compassion. At the time of its dissemination Buddhism had assimilated the native faith and practice from the where Buddhism had reached. Today the majority of the human race in the world has embraced Buddhism which stands test worthy to its contribution to the world culture.

Still there is Just for power, desire to dominate are barely restrained by fear the fear of man's own vastly improved instruments of destruction. Fear, however is not a very reliable brake on man's impulses, and it constantly poisons the atmosphere by creating a feeling of frustration which again will fan the fires of hate. The wrath of nature experienced in resent times leaves us bewildered and helpless. The phenomena is not new. The magnitude has increased. From where to receive the remedy? How is it to be obtained? One can not help and wonder at the foresight and wisdom of the Buddha that inspired the world more than 2500 years ago, which are so relevant in today's time.

Ethics and values play the vital role in the present situation of globalization. The concern is an outcome of growing violence, fissiparous tendencies, ethnic, linguistic and religious conflicts throughout the world. A sense of mutual distrust and fear of the other is visible everywhere. Never before, these apprehensions existed in such awesome proportions.

Man still bungle only with the symptoms of their malady, remaining blind to the source of the illness, which is no other than, three strong Roots of Everything Evil (akuuala mula) pointed out by the Buddha-Greed (lobha), hatred (dveua) and delusion (moha). Buddha offer a great variety of methods of mental training and subjects of meditation suited to the various individual needs, temperaments and capacities. Yet all these method ultimately converge in the "Way of Mindfulness" called by the master himself "the only Way". This book will focus on the Buddha's prescription of "Meditation" which is the foundation for the Ethical Values to strengthen one's Culture.