Cosmology to Cartography (A Cultural Journey of Indian Maps)

For the Exhibition "Cosmology to Cartography: A Cultural Journey of Indian Maps", the National Museum and the Kalakriti Archives, Hyderabad, have come together in an endeavour to showcase an epic journey of Indian cartography from mythological visions of the universe, pilgrimage and religious depictions to the accurate scientific representation of modern India.

The evolution of maps can be traced from cosmological representation of the 'World of Mortals' to pictographic depictions of ritual landscapes to the growth of scientific cartography. 'This is testament of the diverse, competing and global influences which have contributed to the perception of "India" as we understand it today.

Representations in the exhibition will richly illustrate this idea; bringing together around 72 objects from monumental original paintings of religious symbolism from the 15th to 19th centuries, juxtaposed with some earliest historical maps of India.

I would particularly like to thank Shri Prshant Lahoti of the Kalakriti Archives for his initiative in conceiving this exhibition from his collection. I also wish to thank Dr. Alex Johnson and Dr. Vivek Nanda who have spent days researching the collection to draw up the rich narrative and are also the curators of the Exhibition. Siddhartha Chatterjee has delivered a delicate and nuanced design for the extraordinary objects on view, which have been delivered by the display department of National Museum headed by Shri K.K.S.Deori.

Dr. Mohan Pratap and Shri Khatibur Rahman, curators from National Museum, have contributed with great enthusiasm and drawn out some of the most exquisite objects from its collection, which prominently feature in the exhibition and have played an important role in the narrative.

This illustrated catalogue features all 72 art objects on show with detailed explanation that enrich the reader's experience and add to the memory of these fine maps.

Cosmology to Cartography takes one on an epic journey from spiritual and mythological visions of the universe to the accurate scientific representation of modern India. It showcases monumental original paintings of profound religious symbolism from the 15th to 19th Centuries, juxtaposed with groundbreaking historical maps of India, many of which are unique and have never before been placed on public view.

From a diversity of cultural perspectives, the exhibition lends unique insights into how space and place was conceived over the centuries. It is a voyage from the mythical and abstract towards the realm of science and empiricism, albeit with many captivating twists and turns along the way. It is the most ambitious and comprehensive exhibition of its kind ever endeavored, and it greatly expands upon the widely acclaimed eponymous exhibition presented at the Kochi Biennale 2014-15.

The journey commences with the 'Hindu Universe', where the 'World of Mortals' comes alive in an awesome spectacle of immense paintings in the form of Jain Cosmic maps, Vishvarupas and Lokapurushas. Next, one arrives in the realm of 'Pilgrimage% where the spiritual world meets the Indian landscape, where sacred rivers and pilgrimage sites are portrayed though magnificent tableaus of a monumental scale. Travelling from macro to microcosm, the next destination, 'Temples', features exquisite portrayals of several of India's great sites or worship. Importantly, while many of these powerful images are centuries old, their profound spiritual meaning lives on to the present day through the beliefs and daily rituals of millions of Indians.

At first, upon arriving within the realm of 'Cartography', one at first gains the sensation of a dramatic rupture, between the metaphysical and spiritual world of Indian tradition and the seemingly European quest to portray the landscape with ever-greater planimetric accuracy in the wake of Vasco Da Gama's arrival on the subcontinent in 1498. While some of one's initial impressions ring true, the journey will reveal that things are not always as they first appear.

In 'Early Encounters' it is revealed that some of the finest initial maps of India made by Europeans are actually the result of cross-cultural exchanges between Indians and foreigners, in some case going back over 2,300 years. From these maps India's modern, recognizable form comes into view for the first time, through works printed in Germany, Italy, England and Ottoman Turkey.

The next destination, the `Clash of Empires', features maps that detail the dramatic and complex struggle between several European powers and the various great Indian states for control over the Indian Subcontinent. Through powerful graphic representations, beginning with history's most consequential case of corporate espionage, it tells a story of ambition, bravery, greed, warfare, cunning and intellectual curiosity, as India was forcibly opened up to the world.

The 'Rise of Raj' takes up the journey at the time that Britain's East India Company (EIC) won out its European rivals to become the ultimate colonial power in India, forming the 'Company Raj'. Showcased here is Britain's remarkable quest to scientifically map the subcontinent in precise detail, one of the most impressive technical achievements of the modern era, which established a noble legacy carried forward by India today. Through one of the finest surviving collections of Indian military manuscript maps, the journey also traces the EIC's struggle to consolidate its control over India, in the face of determined opposition. It also captures the development of the Indian printing industry, which although established by Europeans, came to be heavily influenced by Indian -artistic styles and technology, creating a medium that was both splendid and unique. The maps also tell the story of innovations that revolutionized Indian society and its economy, such as the completion of the first railways. While many of these developments were responsible for underpinning the British occupation of India, over time, these same factors helped to forge a coherent sense of national identity, which led to the Indian Independence movement and, eventually, the birth of the Republic of India in 1947.

The final stage in the journey is 'Cities / Urbanism, featuring rare and unique images that bear witness to the birth of the modern Indian city. One travels from medieval Hyderabad and Bangalore to the Enlightenment model of French Pondicherry to surprising, fascinating, and extraordinary plans for the future metropolises of Mumbai, Kolkata and Delhi. It promises that no matter how well one knows these cities, you will discover something important and new.

Cosmology to Cartography seeks to kindle greater interest and understanding of India's incomparable spiritual visual culture. It also seeks to enlighten Indian history through the prism of several of the world's most impressive and ingenious monuments of cartography. We hope that this exhibition inspires future endeavours that will advance the frontier of understanding and appreciation for India's unparalleled cosmographic and cartographic legacy. 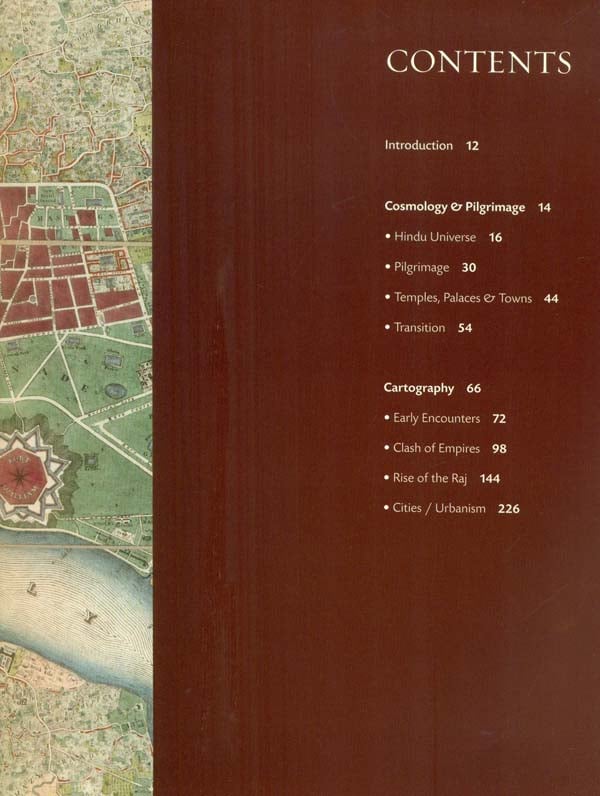 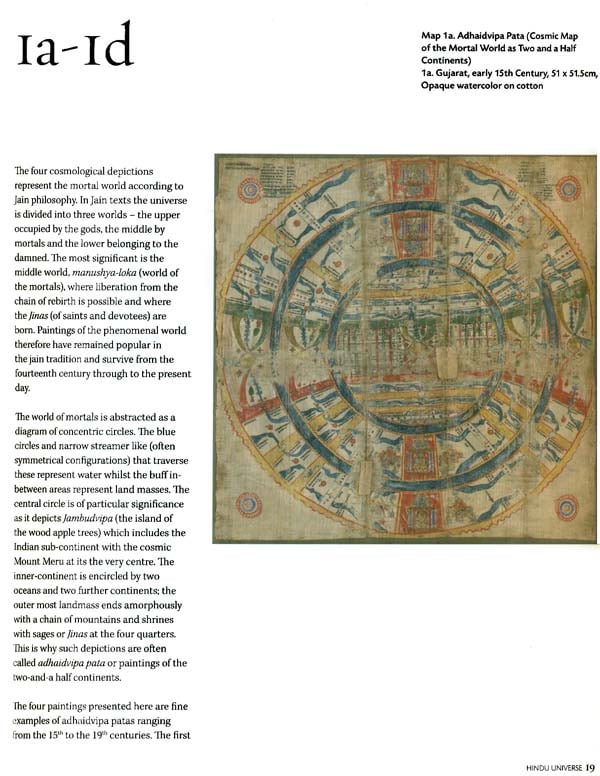 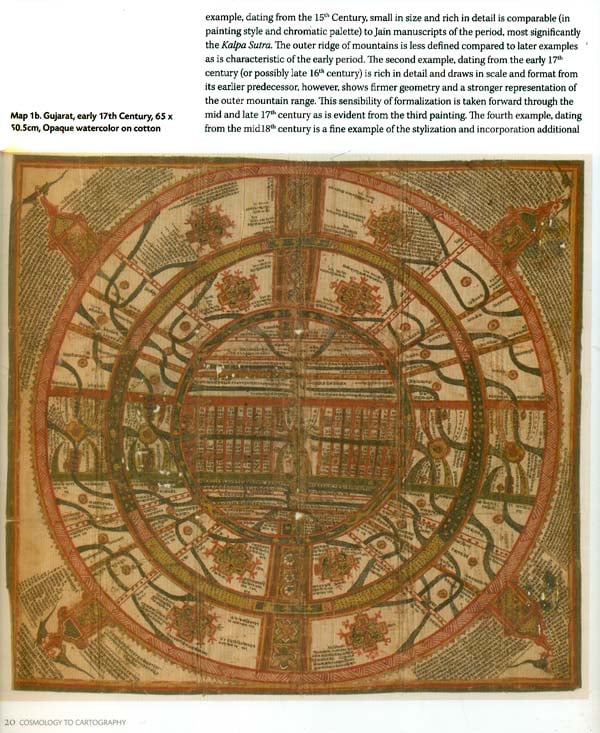 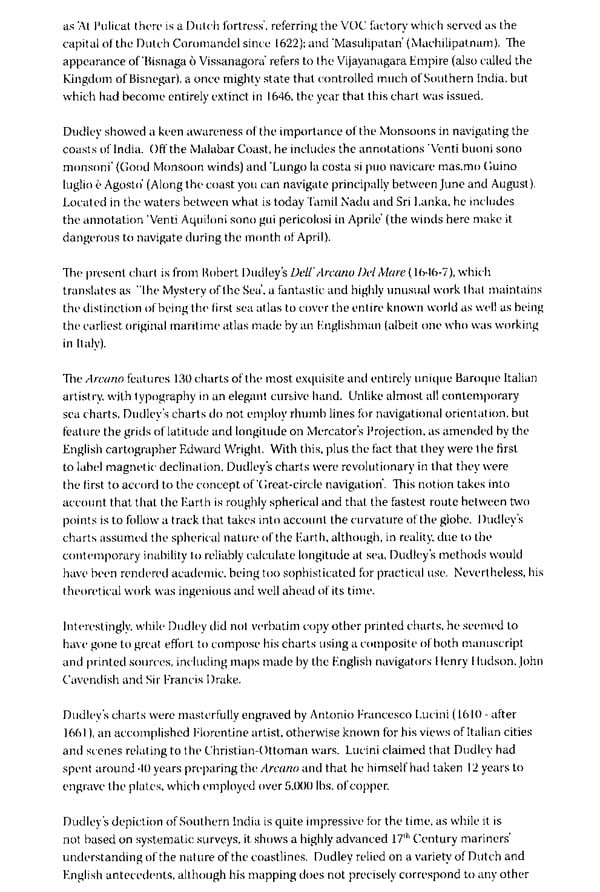 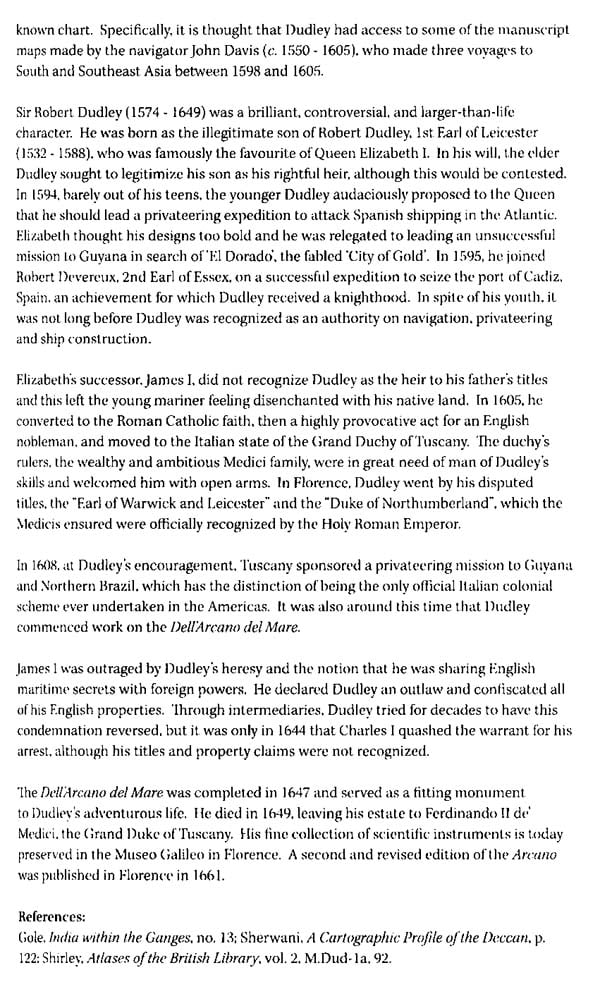 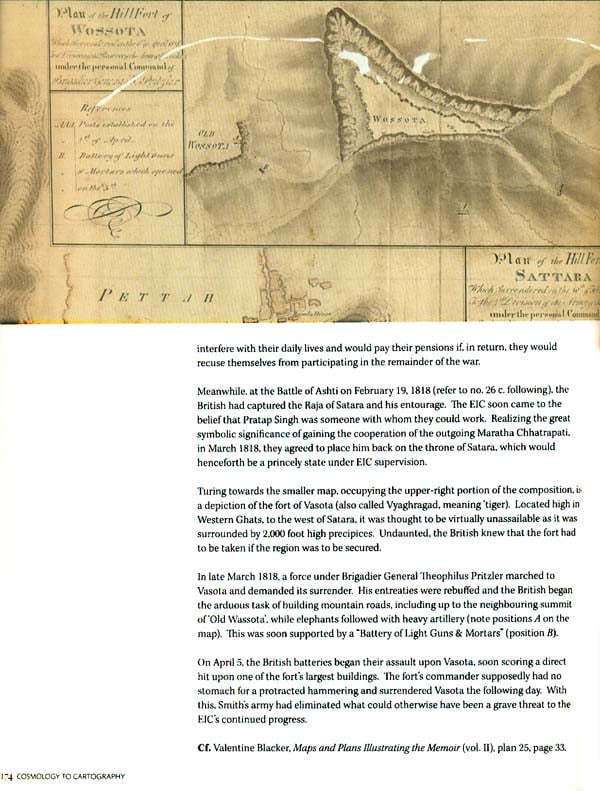 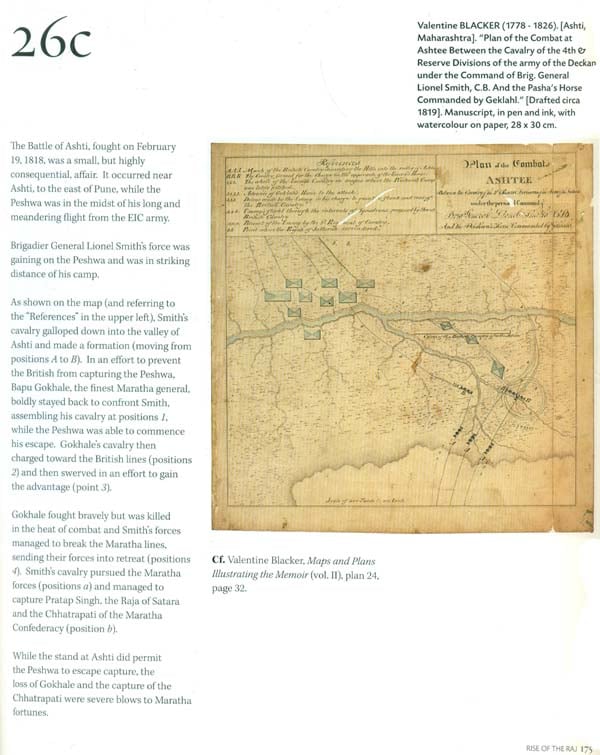 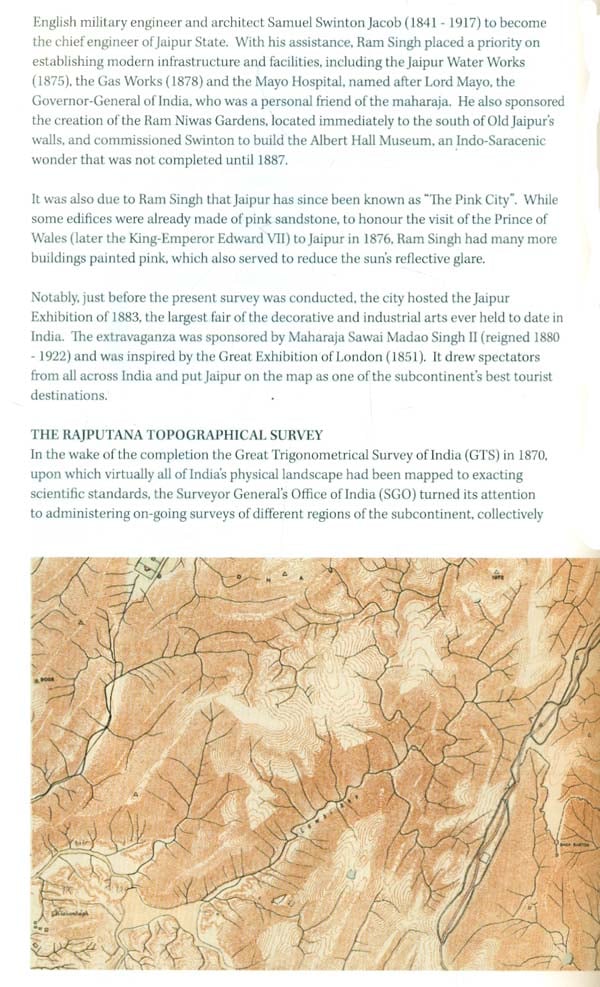 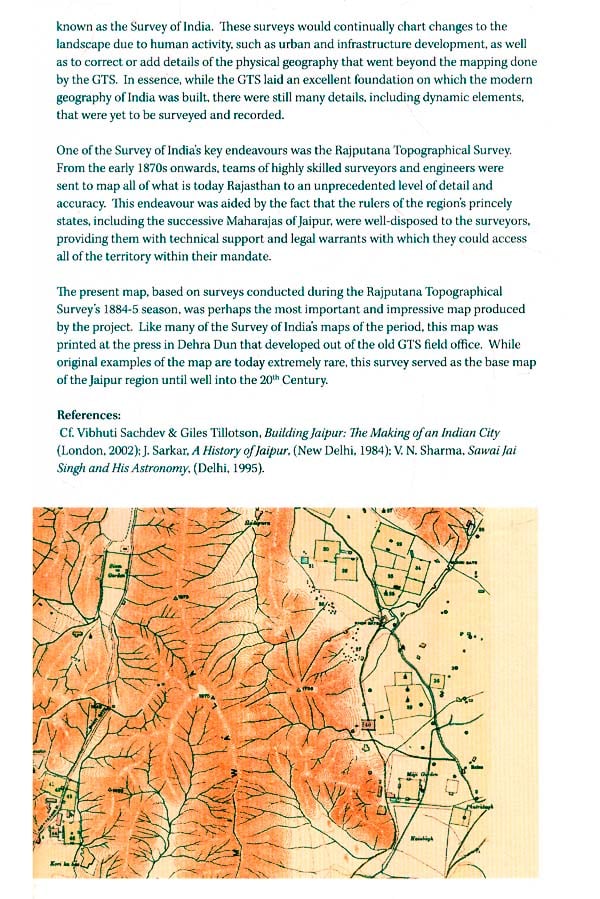 Turks in The Indian Subcontinent, Central and West Asia (The Turkish Presence in The Islamic World)
By Ismail K. Poonawala
$49
FREE Delivery Heritage of Indian Sea Navigation
By B. Arunachalam
$49
FREE Delivery Studies in The Geography of Ancient And Medieval India
By D. C. Sircar
$39
FREE Delivery Madras Chennai - A 400 Years Record of the First City of Modern India (The Land, The People, Their Governance, Services, Education and The Economy)
By S. Muthiah
$100
FREE Delivery
$125  (20% off)