Crafting Peace in Kashmir: Through A Realist Lens

In this timely and topical book, the author argues that perceptions and emotions are the drivers behind the India-Pakistan conflict. In today's context, he maintains, the 'structure' of the conflict is more resolvable than how it is commonly portrayed. Neither country has a need - in security, resource and internal coherence terms - for the part of J & K that is with the other country. To recognize this, however, the conflict needs to be analysed in terms of the true clash of interest of the parties, painting out the cluster of legal and ideological arguments.

Protracted, violent conflicts elsewhere can provide a useful perspective to understand how conflict dynamics work and how conflict conclusion can be more realistically sought through a peace rather than a war strategy. The conflicts of Northern Ireland, Sri Lanka and Israel-Palestine have been analysed with this in view. Northern Ireland provides an illuminating example of using a well-crafted internal settlement to end a wider conflict. A study of the Israeli-Palestinian conflict is useful to understand how very different are the structures of the two conflicts and how much more tractable the India-Pakistan conflict is.

The book presents reasons why Pakistan, and its army, can be induced to accept a final settlement along the LoC, provided it is made part of a broader deal that accords substantial autonomy to both sides of the new border. Also why such a deal shall not pose a risk to the security - internal and external - of either country. The LoC-into-border deal lies within amicable reach, but it calls for vision, flexibility and strategy to arrive at it.

Presenting a completely new perspective on the Kashmir conflict, this book will attract a wide readership among scholars, journalists, policy-makers and anyone interested in Kashmir issue.

Vice Admiral Verghese Koithara PVSM, AVSM, VSM (Rtd.) is an independent strategic analyst. His primary research focus is on peace processes, nuclear issues and maritime developments. He retired from the Indian Navy in 1998. He has a Ph.D. degree in political science. His first book Society, State and Security - The Indian Experience was published in 1999. He carried out a study on Kashmir for the Ministry of External Affairs, Government of India in 2001. He was visiting fellow at the Centre for International Security and Co-operation, Stanford University in 2002, where he published a paper on 'Coercion and Risk-Taking in Nuclear South Asia'. He lives in the Nilgiris. 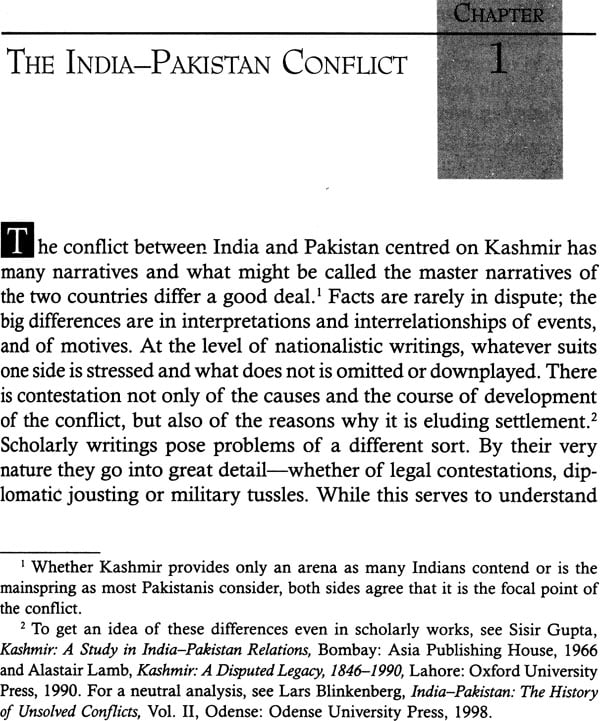 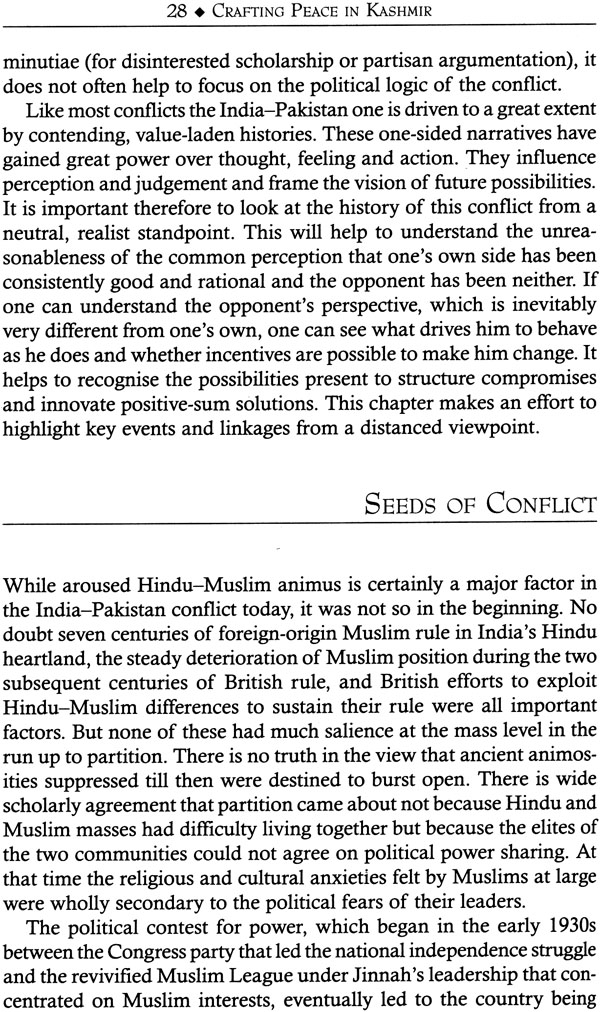 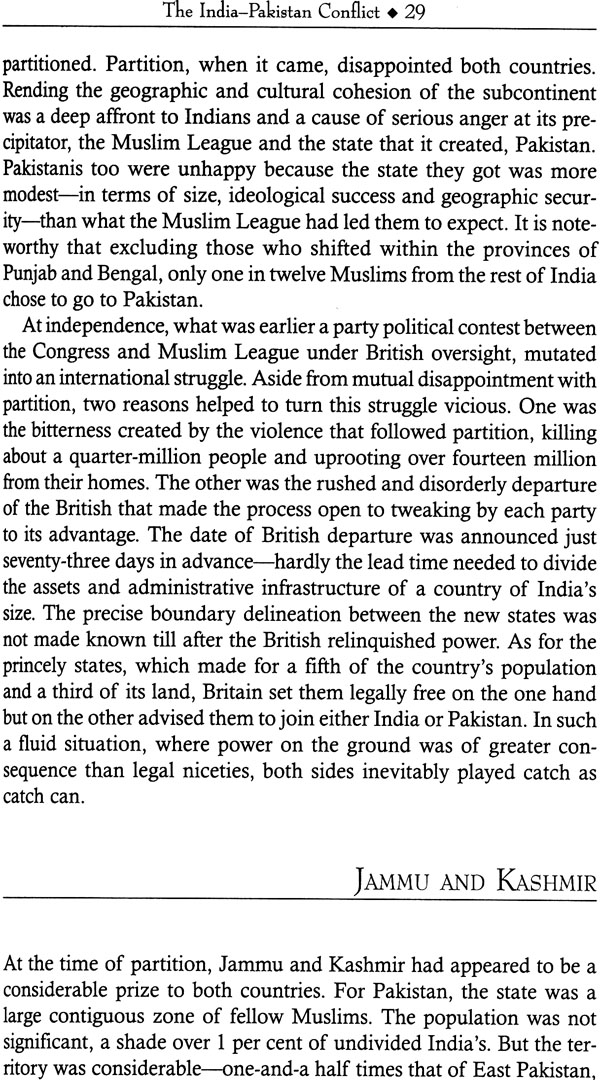 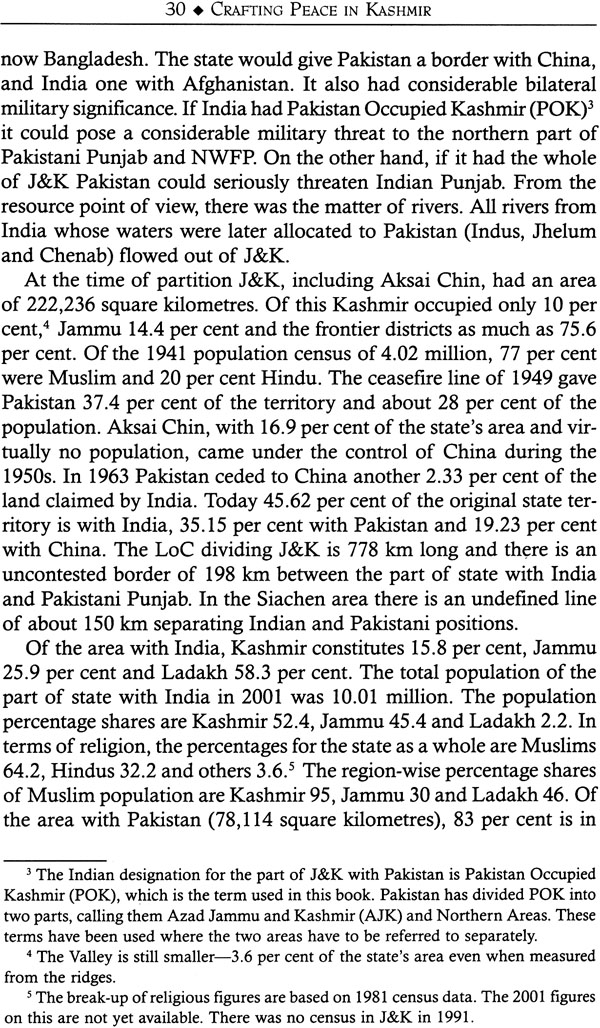 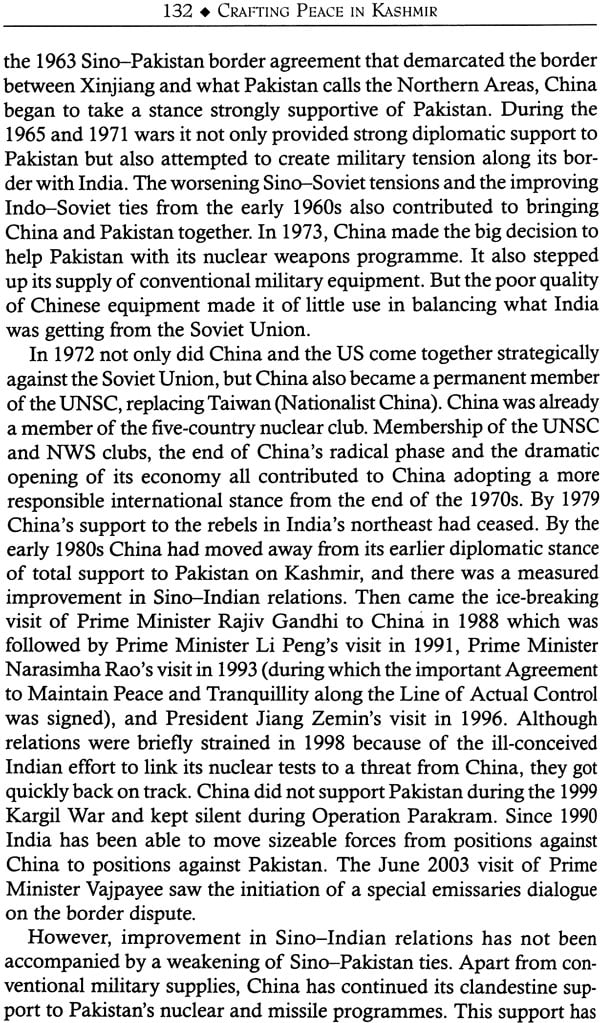 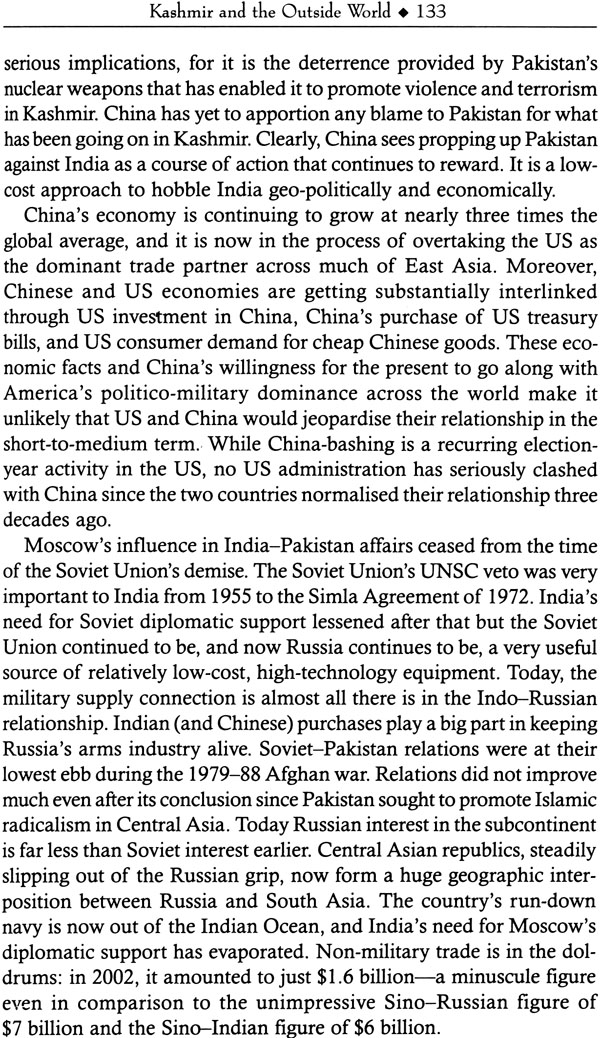 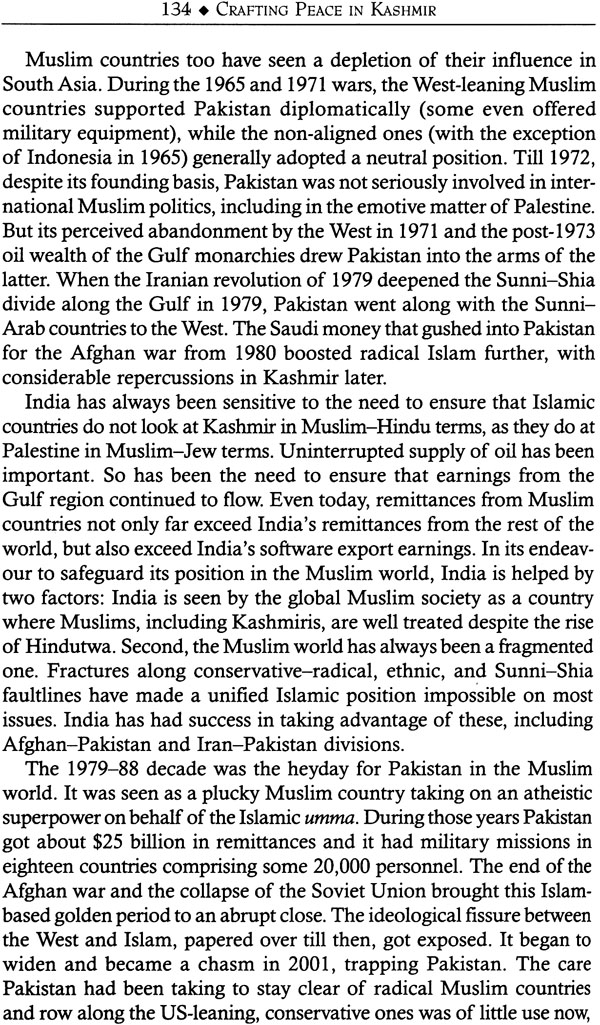 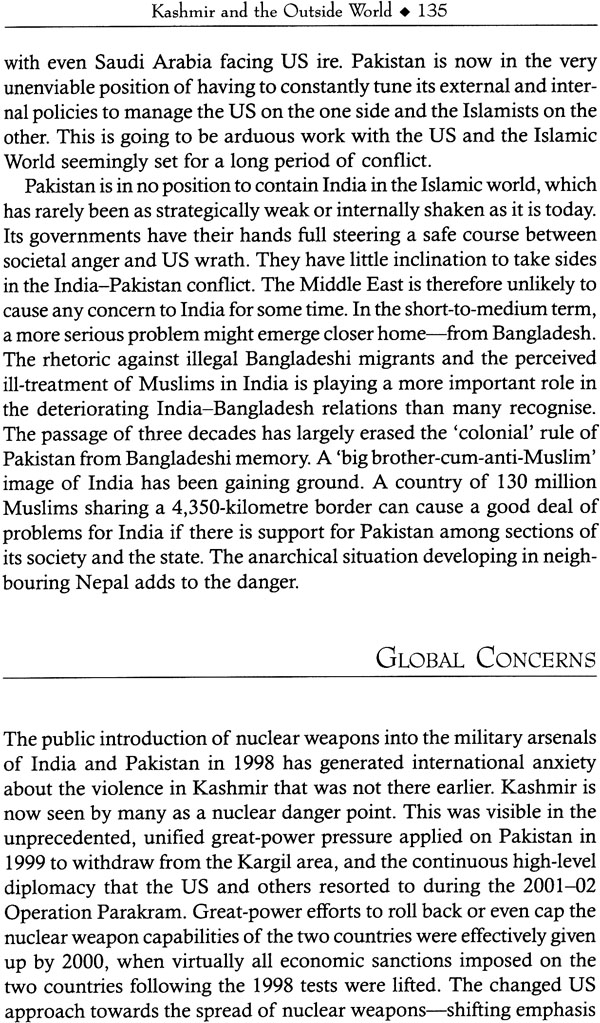 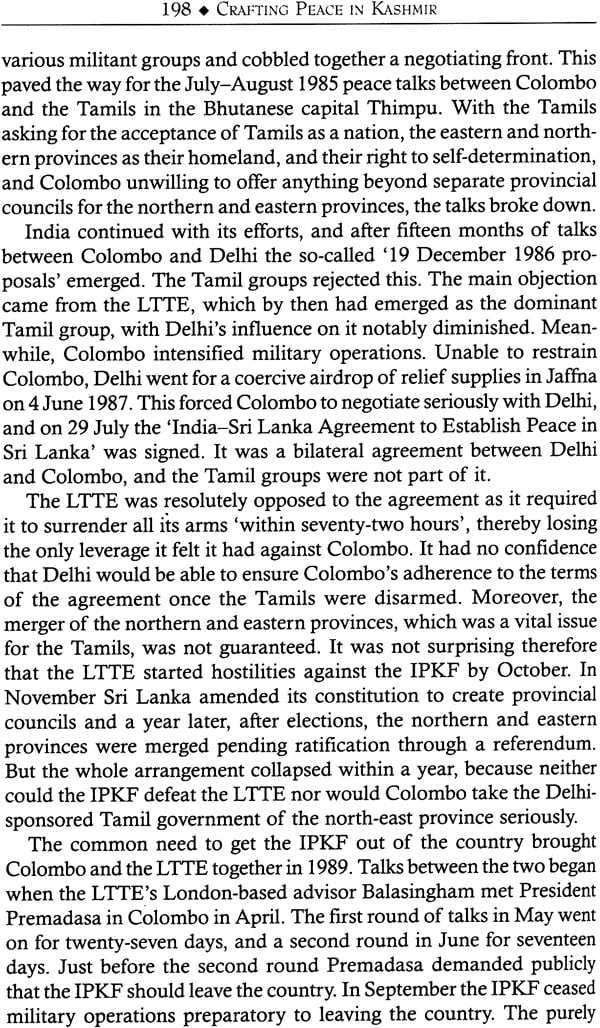 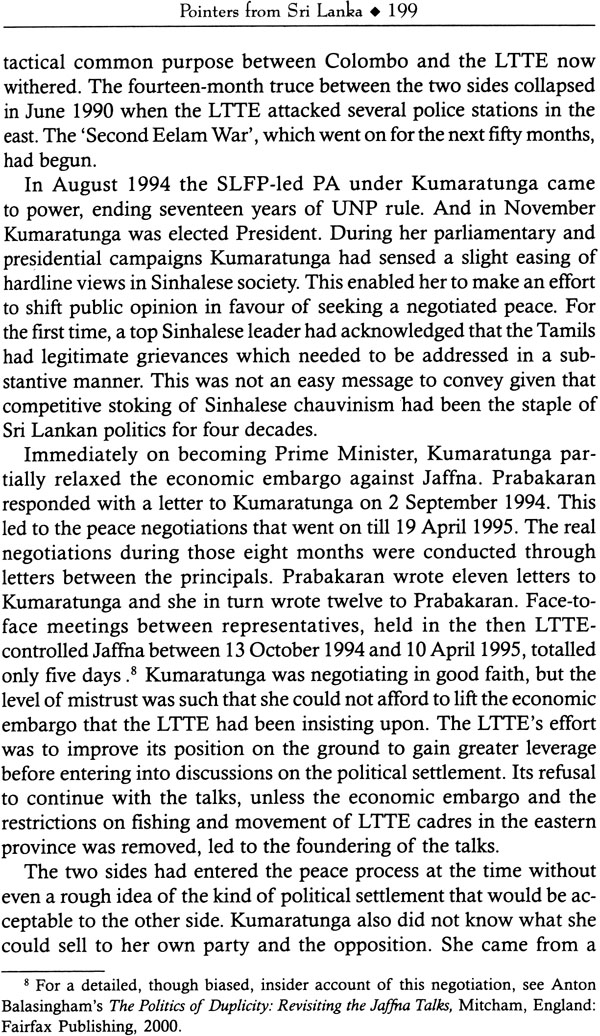 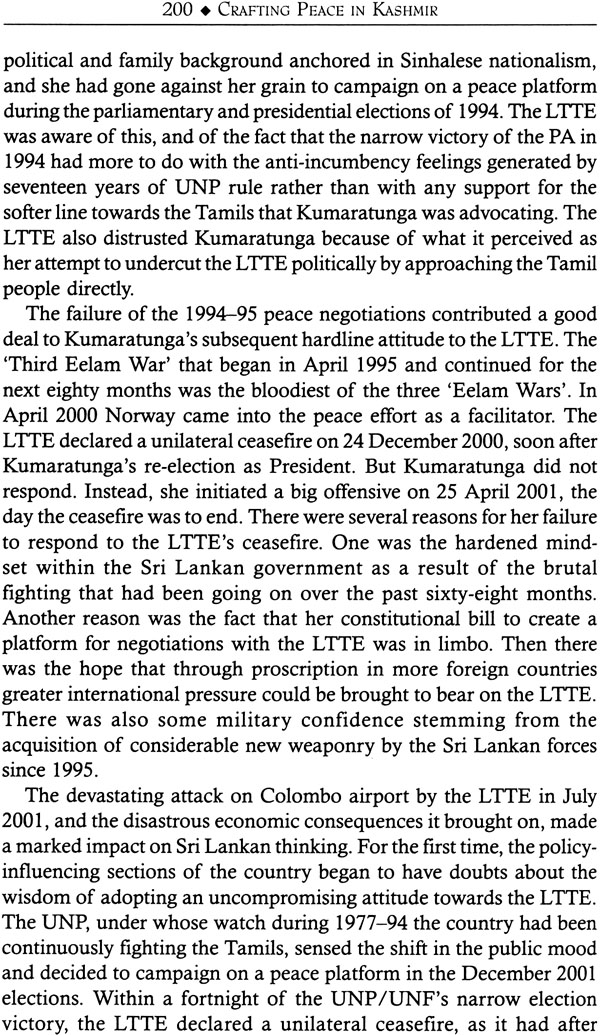 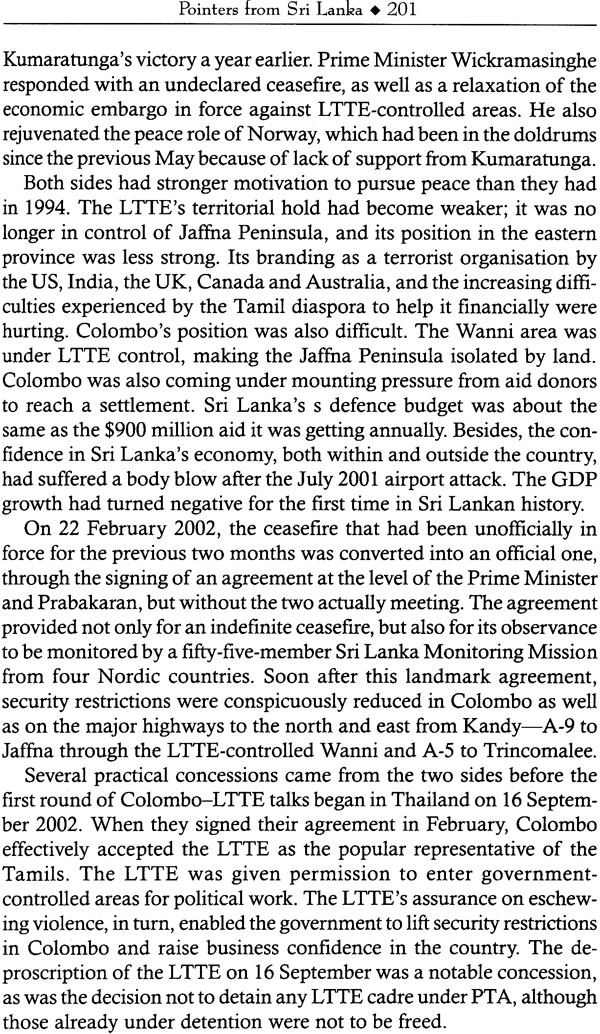 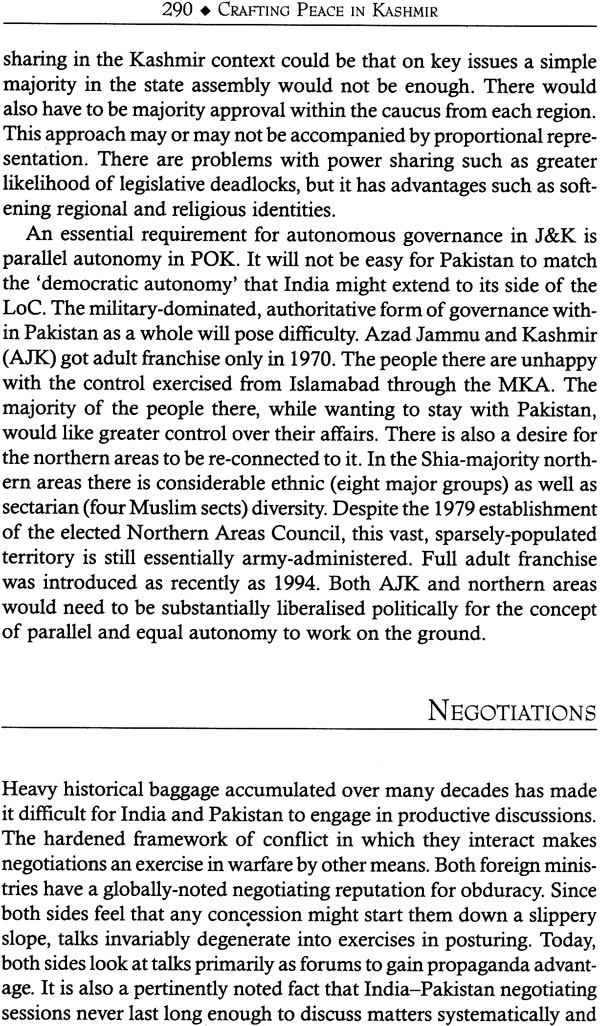 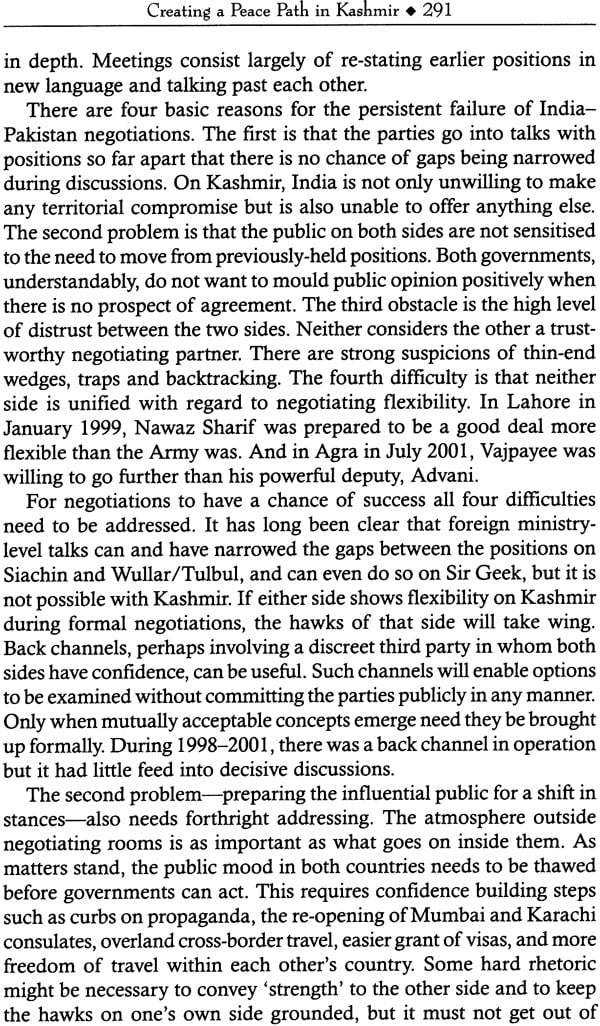 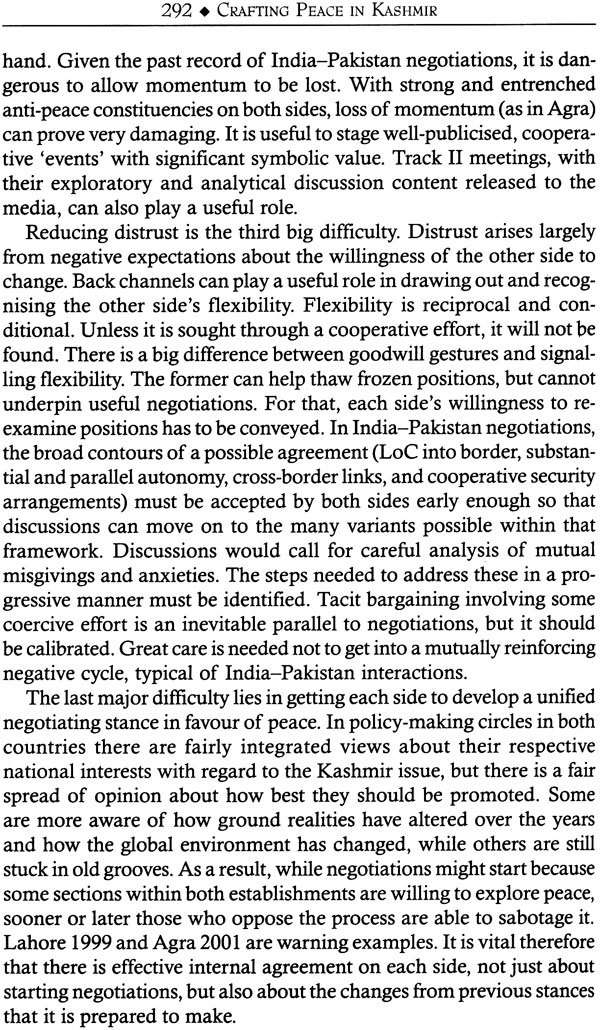 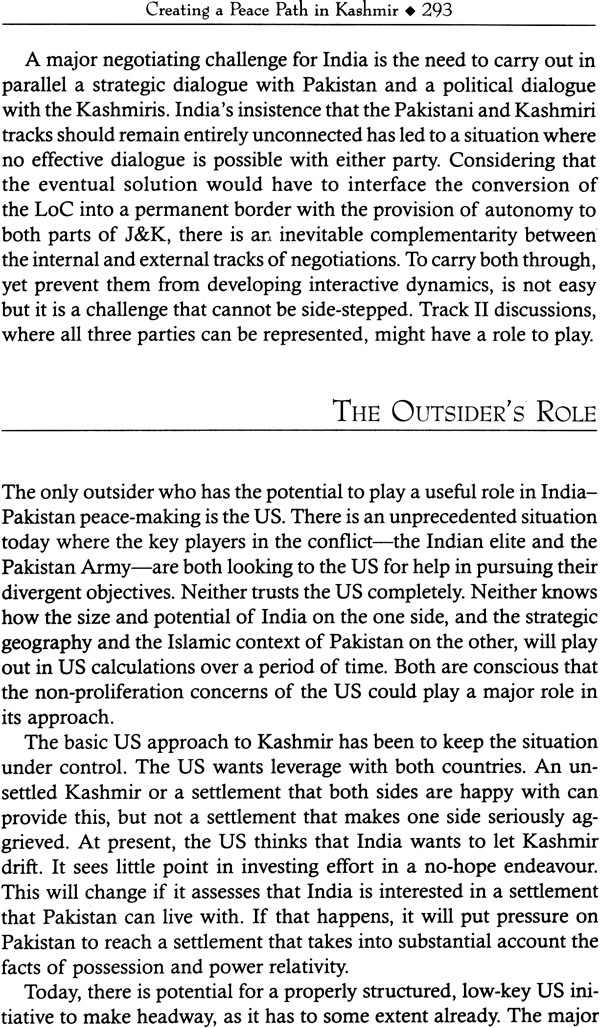