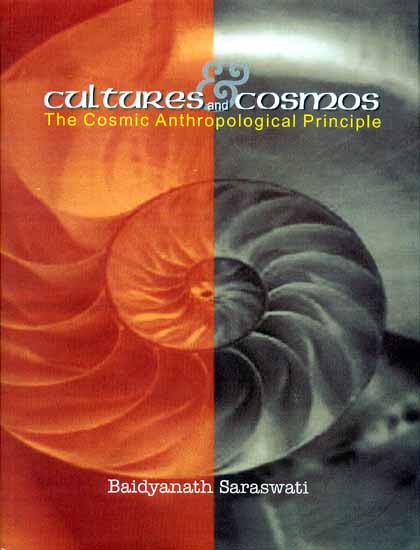 The present volume, Cultures and Cosmos: The Cosmic Anthropological Principle is an endeavour to explore the numerous dimensions of the fundamental concepts in Cosmic Anthropology such as Nature, Sound, Space, Time, Mind, etc. This remarkable work reflects the importance of Cosmology in human organization, which is an important tool for understanding human nature and culture

The book is pioneering attempt to explore the cosmic principle while integrating it with Anthropology and Sociology. It will help the reader to discern a crucial dimension of human self and organization. It is hoped that this interdisciplinary study will facilitate a deeper comprehension and evoke a stimulating response from students, scholars and general readers alike. With increasing specialization and fragmentation, this is a unique work of reflection and integration.

Baidyanath Saraswati was born in Mithila and now lives in Varanasi. A former Professor of Anthropology at North-Eastern Hill University; Ranchi University; Visva-Bharati; Fellow of the Indian Institute of Advanced Study, Shimla; he also worked as UNESCO Professor in Culture and Development at Indira Gandhi National Centre for the Arts, New Delhi.

He is the author of Pottery-making Cultures and Indian Civilization, Brahmanic Ritual Tradition, Kashi: Myth and Reality, The Spectrum of the Sacred, The Sacred Science of Man, The Sacred Science of Nature, and has written many articles on Religion, Culture, Art, Anthropology. He is also the editor of seven volumes of Culture and Development and two volumes of Prakriti. Baidyanath Saraswati is the founder of N.K. Bose Memorial Foundation, a Gandhian Institution experimenting with children's education, and a center for heritage research in Varanasi.

Semitic religion and European science have helped develop a world outlooks based on anthropic principle. According to the first creation account in Genesis, 'So God created man in his own image, in the image of God created him; male and female created them. And God blessed them, and God said unto them: Be fruitful and multiply, and replenish the earth, and subdue it: and have dominion over the fish of the sea and over the fowl of the air, and over every living thing that move upon the earth'. Francis Bacon, the father of modern rationalistic science, proposed that it was man's God-given right to subdue, control and exploit the natural world and every living creature. Rene Descartes converted the idea of a mathematically perfect Universe into a universal machine that ran according to mathematical laws of matter and motion. In his view, the human mind and thinking process rose above the blind machines of the natural world to stand supreme as that which defines human existence. Isaac Newton extended to this thesis further, which was seen as an innate, spiritless, atomized structure controlled by the same strictly mechanical laws. Darwinian evolution featured man with a single aspect of his particular from of intelligence, astride the ladder with all the rest of Nature beneath him.

With makers such as these, modern man places himself in the physical Universe as its master or least as the master of the earth that he inhabits. As king of the Universe, he alone possesses the power of intelligence by which he controls the natural force. His interplanetary travel has given him the hope and expectation that in the near future he will colonize the other part of the Universe. Is it so?

This book is an invitation to leave behind the anthropocentric view of the world. Given the historical consciousness, man may have passed many mileposts but somehow he has not been able to improve his role. Modern man has developed a technocentric vision, fanning demiurgic ambitions, which stands with the destructive forces. Primordial man has a cosmocentric vision which is 'poetic-contemplative' a step forward from the 'speculative scientific' vision entertained by man today. Traditional cosmology has three crucial dimensions: the sacred Universe, the divine Order and the terrestrail existence. Modern cosmology is a special discipline and an empirical one aimed at understanding .The goal of the present enquiry is to explore the cosmic principle that makes sense for the primordial cultures.

Creationist and evolutionists today are in the midst of an ideological struggle. Christianity has challenged scientific Darwinism, arguing that evolution by Neo-Darwinian mechanism is merely a model that attempts to correlate the many diverse observations of the sciences such as physics and paleontology. Since evolution is merely a model and not testable experimentation, one might have faith that it is true. If an alternative model for Nature correlates faith better than the evolution model, then it would be the one to believe. Therefore evolution and creation are really competing scientific models. The main motivation in this argument is to defend a religious ideology. There is, however, a third point of view whose primary impetus is 'ontological'.

The upanisadic cosmology is highly complicated compared to biblical cosmogony. What is stand for is more the fruit of a vision, more an experience than mere emotions. There are two types of stable systems in the Universe of Brahman- soundless Brahman and Brahman with sound, and also two kind of creation - creation and substitute creation. The sages had thought of Brahman (from brh, to expand), the 'Expanding Universe', much long before this concept was introduced in modern science. The modem theory of Big Bang is not so new. The sages had called it bindu, which consist of a unity of two - one static and the other dynamic. It is the dynamic aspect that expresses itself as the Universe of multiplicity. Other new paradigms such as the Milky Way galaxy, liberation of matter, galactic seeds, extraterrestrial life, the living earth, etc., can be traced back to the upanisadic vision. The pauranic cosmogony opens a broad front in ocean cosmology, in time biology, in anthropology and geology and particularly at the interface of cosmology and theology.

Quantum physics and modern psychology recognize the concept of metaphysical continuum beneath the tangible. It is said that the unseen world of intangible forces captures the flow of life. The sages had traced the 'evolution' of the living matter from the intangible to the tangible. They made no difference matter and spirit. The elements of Nature (water, earth, air and fire), created by the cosmic forces, are ordered. Nature prohibits abrupt change in the order of the physical Universe. 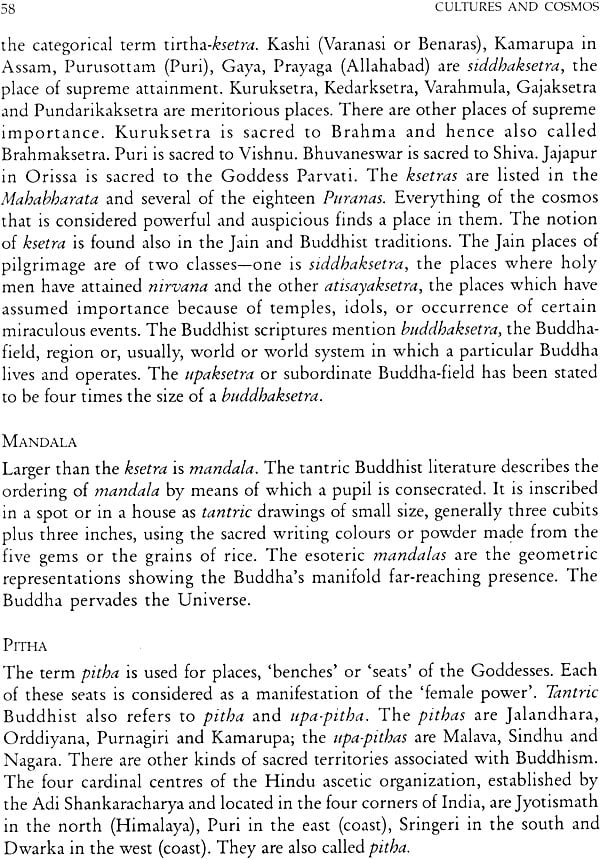 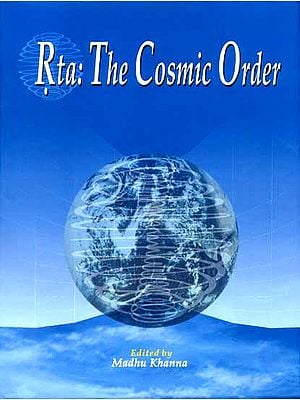 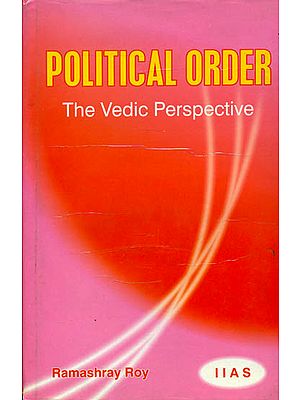 Political Order: The Vedic Perspective
By Ramashray Roy
$33
Sold Out

Esoteric Buddhism (Annotated and Enlarged)
By A.P.Sinnett
$19.20
FREE Delivery
$24  (20% off)
Book FAQs
Add a review
Have A Question