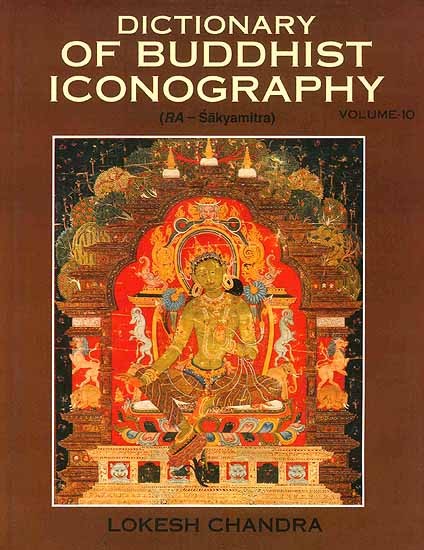 The tenth volume incorporates names of deities, Tathagatas, Bodhisattvas, teachers and other hieronyms, beginning with R and some entries of S. The vast geo-cultural development of the pantheon in Buddhist countries virtually made it a visual language of meditation. In this polytheos, man the microtheos gained extension of the frontiers of consciousness in a harmony that unifies the cosmos and the Divine.

Ragaraja, also known as Takkiraja, is fierce and passionate. Sixteen forms are described, with two, four, six and eight arms. The root text for his iconography and ritual is the Yugikyo (or Yoginitantra) in Chinese translation and commentaries thereon by Japanese masters. This is the only anuttara-yoga Tantra in the living practice of Japan.

Ratnasambhava is well-known as one of the Five Jinas or Transcendental Buddhas. His principal form in modern literature is that which is found in the Vajradhatu-mandala. When Hodgson laid the foundations of modern scientific study of Buddhist art, he thought that the Five Jinas explained to him by the Residency Pandit Amritanand were standard. From the formulation in this volume, we find 25 variant forms of Ratnasambhava. The original text of each form has been cited, and that enables us to locate every form in its appropriate context. An important feature of this Dictionary is to contextualise each form, so that its position in the mandala, ritualistic role, or philosophical interpretation can be formulated with precision within the tradition.

Twenty eight yaksa generals are mentioned in the Suvarna-bhasottama-sutra 85.4. In the Lalita-vistara 202.9-12 they are led by Pancika and the five hundred sons of Hariti (astavimsati-mahayaksa-senapatayah Pancika-yaksasenapati-purvangamani ca panca-hariti-putra-satani). The twenty eight generals also accompany Sahasrabhuja Avalokitesvara (see page 2992f.) The names of the generals are different in every case, but they seem to reflect ancient strategic formulations.

The entry on Rocana deserves specials mention. Though known for a long time as Roshana Daibutsu, or the Colossal Rocana at Nara, Rocana has been overshadowed by Vairocana. For several centuries the colossi of Rocana dominated the sculptural art of Buddhist Asia, as a symbol of power, or the polities of eternity. Though with varied iconic attributes, he is called Abhyucca-deva or the imposing colossus in the Gandavyuha.

Sahasrabhuja Avalokitesvara is thousand-armed, but he has syncopated forms with two, four, six or eight arms, in Japanese pantheons as early as the 11th century, and in Nepalese sketch-books. 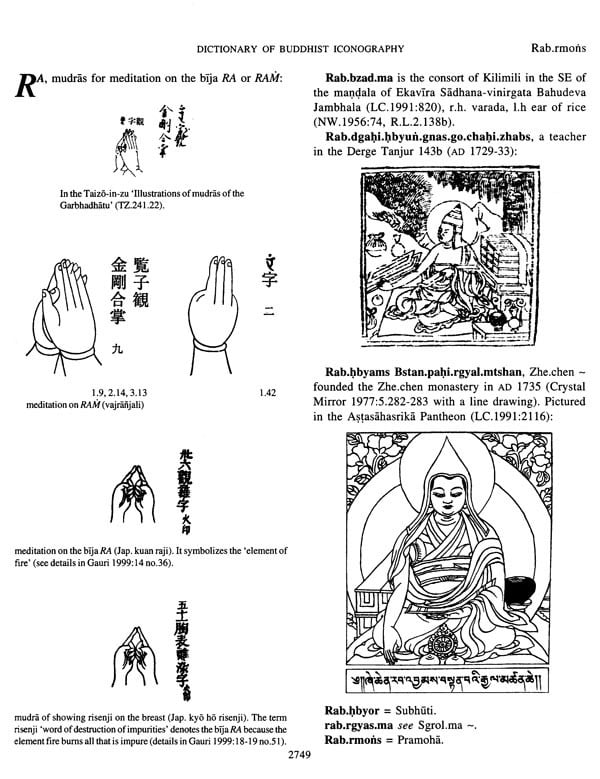 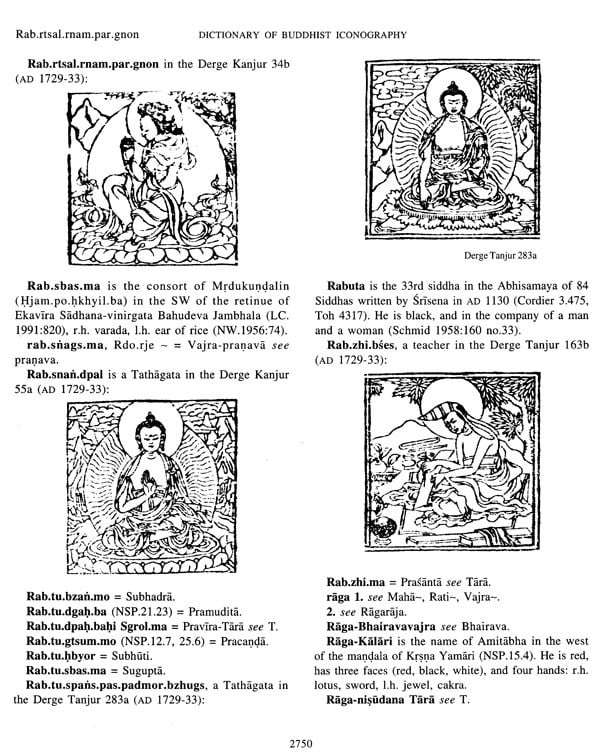 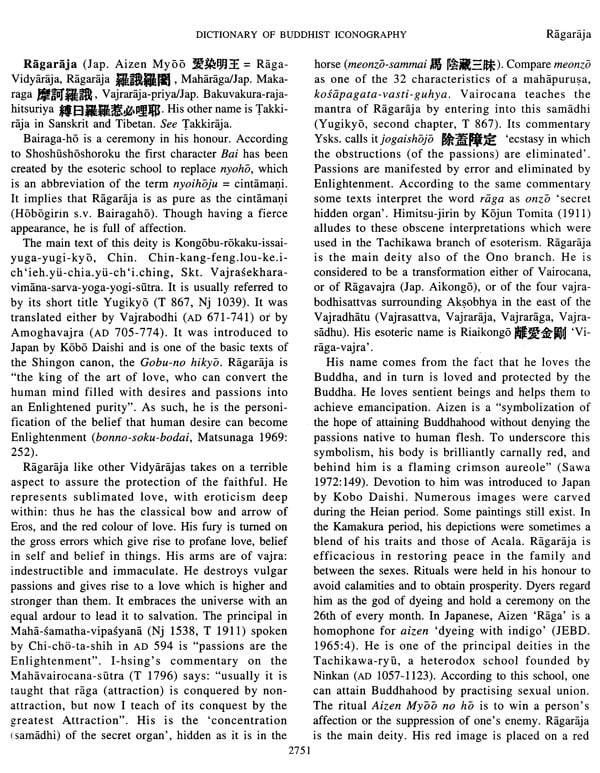 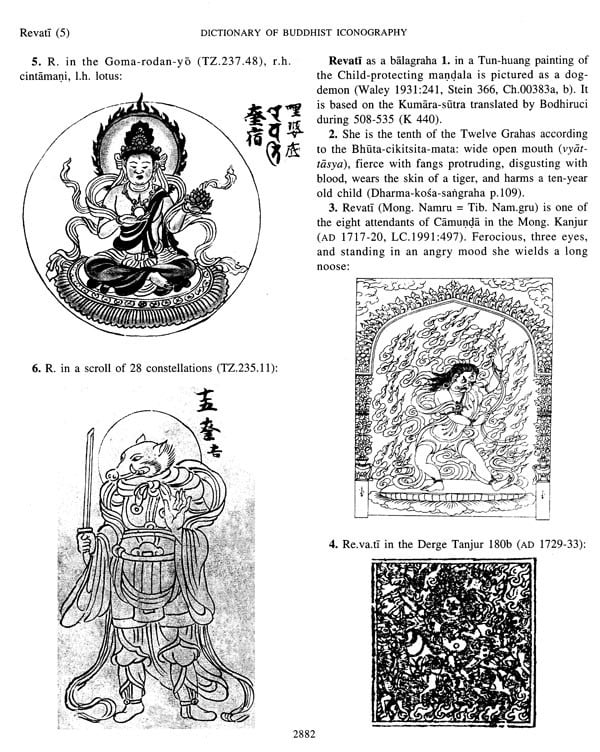 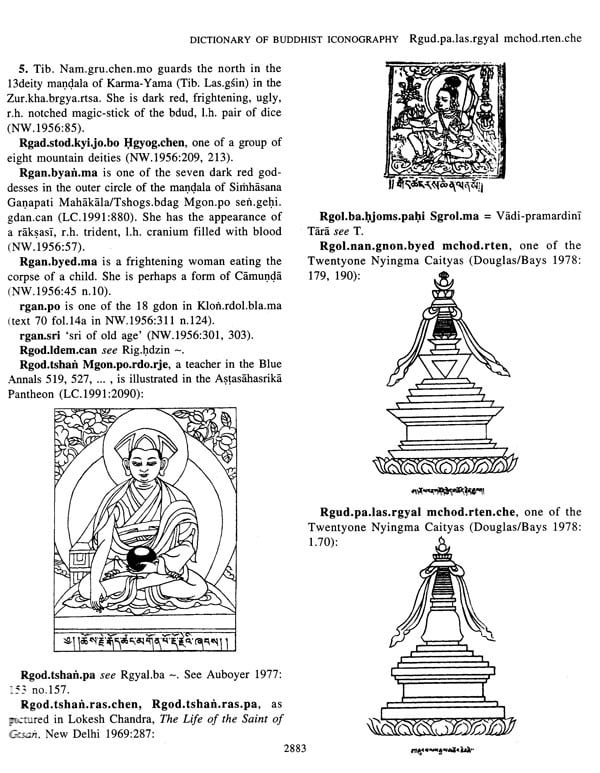 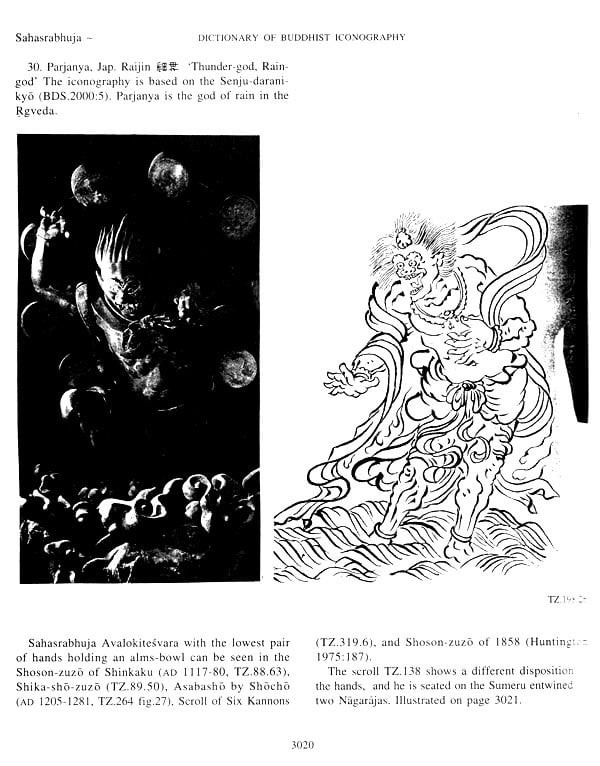 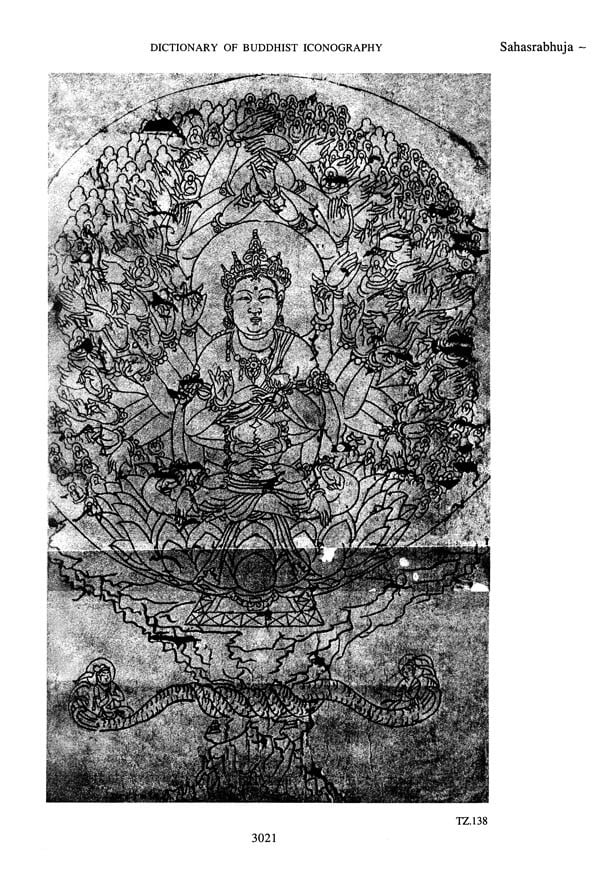 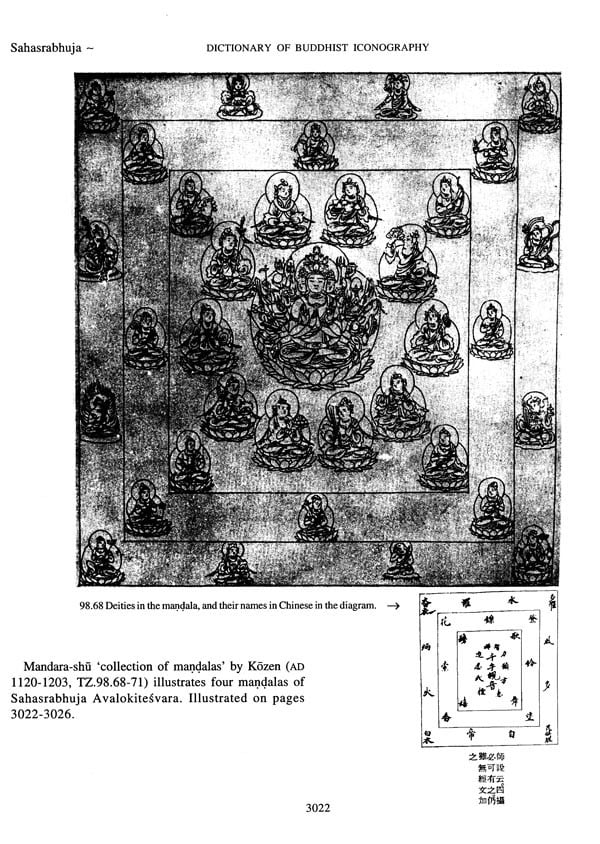