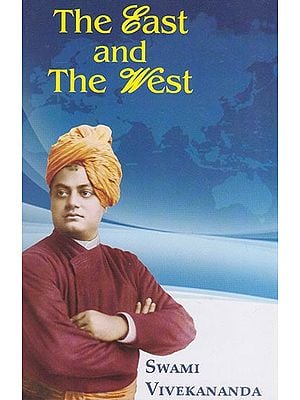 The East and The West

Underlying the many observations that Swami Vivekananda makes in The East and the West is a message. It can be summarized as follows

Underlying the many observations that Swami Vivekananda makes in The East and the West is a message. It can be summarized as follows.

Every nation is the expression of an idea. 'This idea is working for the world and is necessary for its preservation' (p. 8). 'Every nation has a national purpose of its own' (p. 23). Each nation has ...many things to learn from other nations. ...But...when we take anything from others, we must mould it after our own way. We shall add to our stock what others have to teach, but we must be careful to keep intact what is essentially our own' (p. 29). '... India is still living, because she has her own quota yet to give to the general store of the world's civilization' (p. 9).

That is to say, East and West have much to learn from each other, but each is to be true to its own genius and vocation; and provided it is, it cannot be destroyed or swallowed up. East is to remain East, and not be an imitation of the West—something that needed saying in Vivekananda's day, and is far from irrelevant today.

It was not Swamiji's idea, however, that we should rest content with such distinction as East and West. We are born amid distinctions, but we are not to die amid them. Our end is to attain the vision of unity. That is the truth, and in that lies our freedom. Respecting distinctions, if done knowingly, is a way to overcome them. Our aim is to become 'strong men', for whom, as Kipling said, 'there is neither East nor West, Border, nor Breed, nor Birth.'

Swami Vivekananda was such a 'strong man'. He exemplified in life both these aspects of his teaching; paying heed to distinctions and going beyond them. Remaining of the East, he drank of what was good in the West. An Indian to the core, he was at the same time a world-citizen. He gave himself to the world, and his teaching is for the world.

The East and the West is a translation of an article written by the Swami and published serially (1899– 1901) in Udbodhan, the Bengali monthly of the Ramakrishna Order. 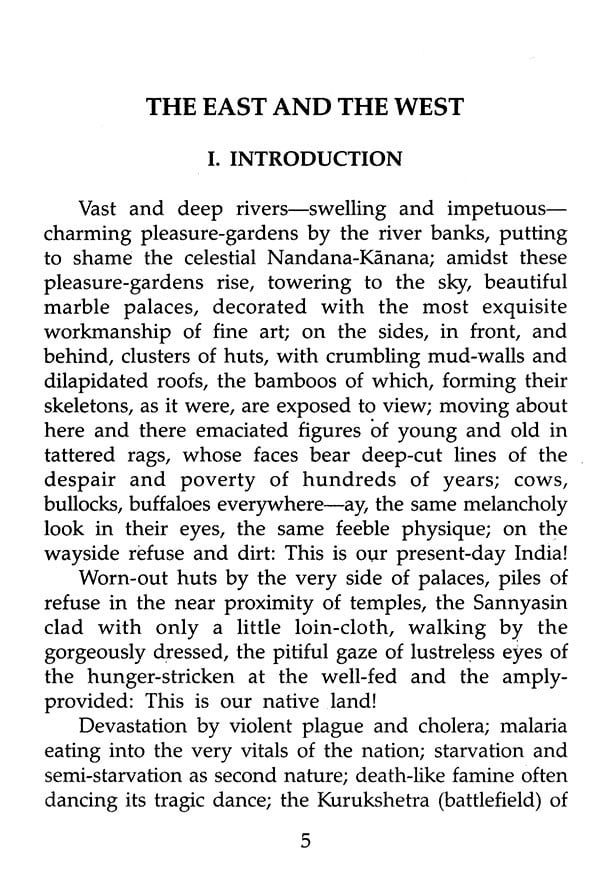 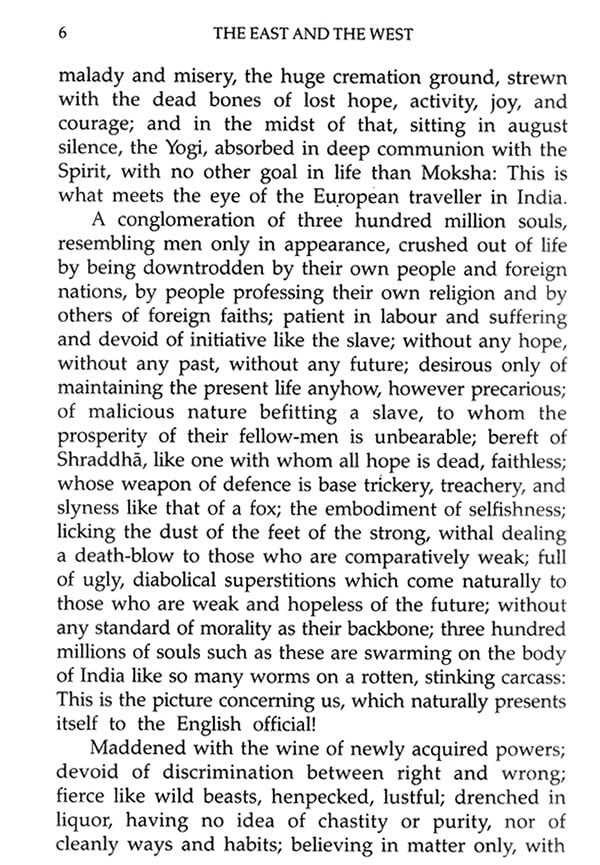 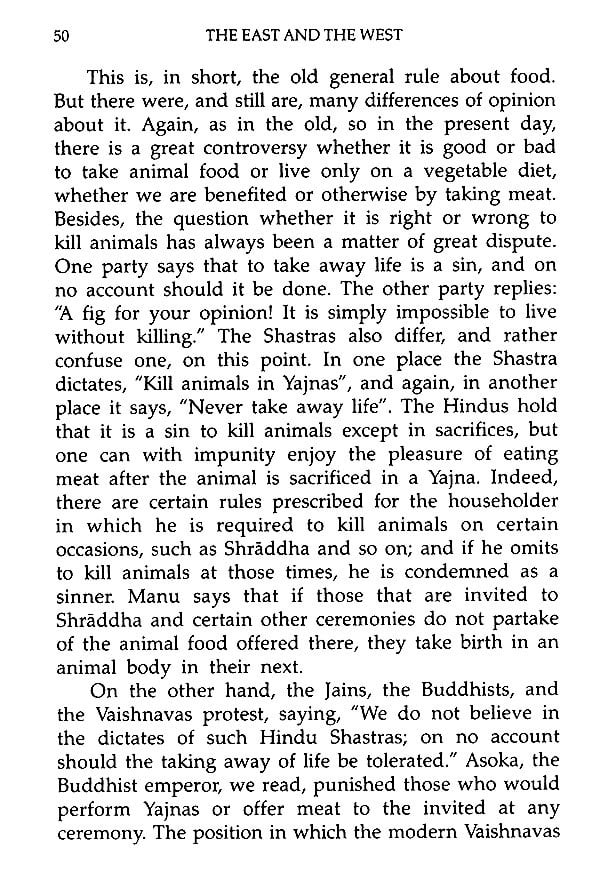 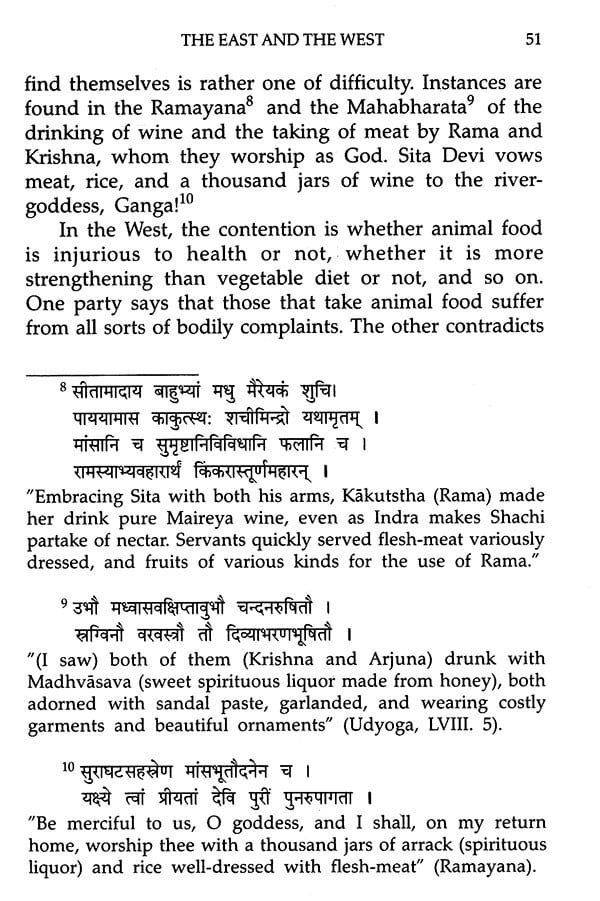 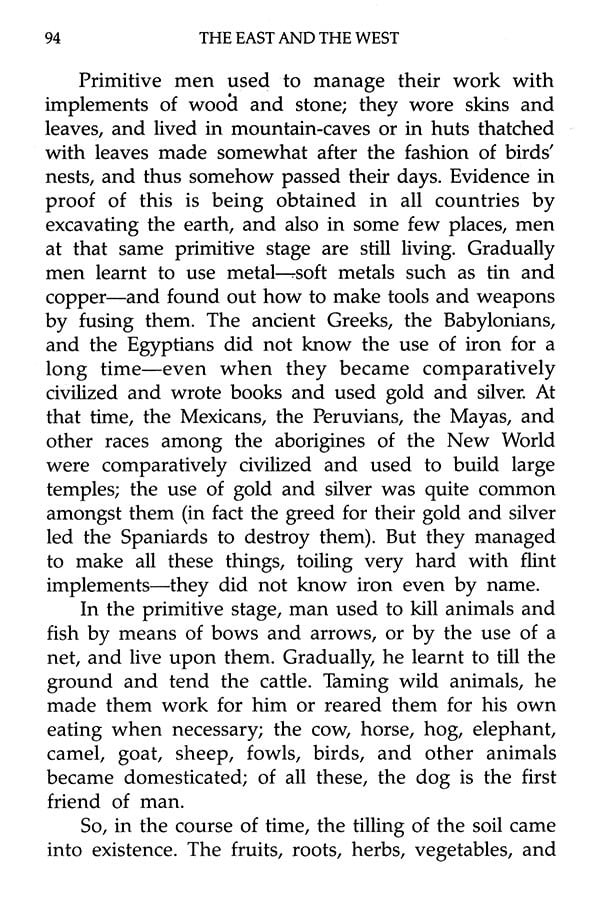 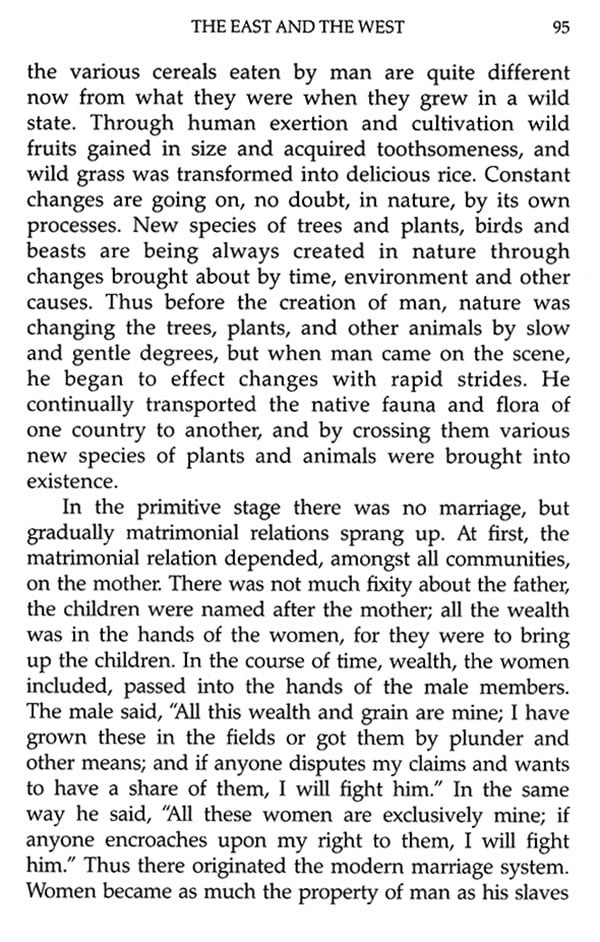