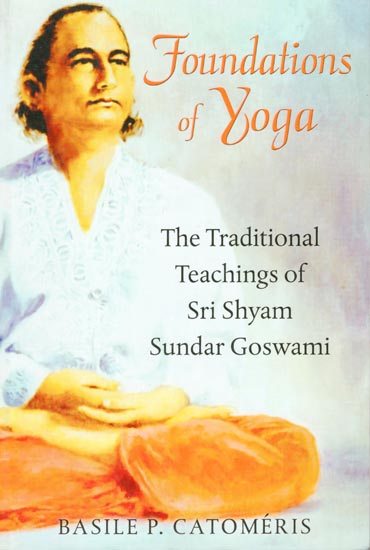 Foundations of Yoga presents the full and rigorous yogic training of traditional Hatha Yoga as taught by renowned Indian Yoga master the late Sri Shyam Sundar Goswami. Written by his disciple and spiritual heir, the book emphasizes metaphysi-cal, spiritual, and psychological cultivation in addition to physical practice. It offers Yoga practitioners and teachers a way to enrich and advance their physical Yoga practice through a deeper understanding of physiology, psychology, philosophy, and spirituality centered on Vedic and Tantric principles. Woven together with stories from Sri Shyam Sundar Goswami's life, the book explains pratyahara (control of the senses), charana (yogic bodybuilding), mental concentration exercises, and the energy-focusing and purifying muscular-control movements known as mudras, including the metabolism-boosting mahamudra and advanced pelvic mudras and sexual practices to transcend the ego. The book explores methods of internal purification such as dhauti (cleansing of the stomach with air or water), vasti (intestinal cleansing), neti (nasal cleansing), trataka (visual concentra-tion exercises), and kapalabhati (diaphragmatic hyperventilation) and shows how these purifications are necessary before beginning the advanced breathing practices of pranayama to eradicate deep internal impurities and strengthen the immune system. Exploring the philosophy of Yoga, the book shares meditative exercises for introspection, expanding consciousness, and seeking your true divine nature. As the teachings and life of Sri S. S. Goswami show, by strengthens ,t143,ody, vital force, and mind, one can master all three for a long, healthy, ha life.

BASILE P. CATOMERIS is the disciple and spiritual heir of Sri y Goswami. Devoting his life to the study and practice of yogic traditions, he studied under Sri S. S. Goswami from 1956 until Goswami's death in 1978, whereupon he took over Sri S. S. Goswami's teaching duties at the Goswami Sweden. In December 1983, he was granted yogic final initiation by Ma Santi Devi, Sri Goswami's "spiritual mother." He lives in sourthern France.

In his introduction to this book, Basile P. Catomeris mentions that Professor S. S. Goswami attracted thousands of pupils to his Yoga school in Stockholm. Fortunately, I was one of the lucky ones. At the beginning of the 1960s, I overexerted myself on an academic book con-cerning the extremely sensitive and secret economic side of the Cold War, became a bit nervous, and went to a doctor. The only fault he found was that I had worked too hard with my mind, neglecting my body. He gave me the address of the Goswami school.

Since then I have had close encounters with a number of statesmen and Nobel Prize winners. But I have never in my life met an individual with a stronger charisma combined with such a wonderful mixture of empathy, warm humor, and profound seriousness as Sri Shyam Sundar Goswami. His Hatha Yoga exercises, together with some deep mediation, quickly picked up both my physical and mental state. For over rortv years since then, few weeks have passed without my doing a serious Yoga exercise.

I have no doubt that it was Professor Goswami's Yoga teaching :Hat gave me the strength to overcome those difficulties in life that all :71th-seeking-that is, provocative-individuals are bound to meet. In this superstressed modern world I don’t hesitate to advise anybody and everybody to devote a few hours a week to hatha yoga.

The sole intention of the present treatise is to describe faithfully, with-out claiming to be exhaustive or perfect, an oral teaching in the initiatory tradition, in this case by an authentic Yoga master. Sri Shyam Sundar Goswami was exceptional in many ways, as much for his physi-cal force as for his spirituality, accompanied by a remarkable faculty of exegesis. He devoted his life exclusively to the practice, study, research, and teaching of Yoga.

In The Deeper Dimension of Yoga (Shambhala Publications, 2003). Dr. Georg Feuerstein, an author who is as prolific as he is eminent, quotes Sri Goswami among the personalities to whom the modern world owes its practice of Hatha Yoga. The Hatha yogi Sachindra Kumar C. Majumdar, author of the book Introduction to Yoga Principles and Practices (Pelham Books Ltd., 1967), gives a brief history of modern Yoga with a rare objectivity when he writes:

Born on October 11, 1891, in Santipur, West Bengal, India, an area where numerous philosophical and cultural celebrities saw the light of day, Shyam Sundar Goswami comes from an ancient lineage that goes back more than seven centuries. One of his ancestors was the guru (spir-itual guide) of King Hatnabati and the successor of the famous bhakti yogi Caitanya. In India, the name Goswami is inseparable from the goal of scholarship and teaching. Shyam Sundar Goswami was a weak child, predisposed to illness. As a result he tried, with little success, several systems of physical education, both Eastern and Western, that were supposed to enable him to reinforce his immune system. But only when he was guided and initiated into the discipline of Hatha Yoga by Balaka Bharati, a hermit yogi with extraordinary powers, was the young Goswami able to improve his health, reinforce his immune system, and develop extraordinary power and control in both the physical and mental realms.

Shyam Sundar Goswami did not distinguish himself solely in the discipline of Hatha Yoga. Following his meeting in Kolkata (formerly Calcutta) with Sri Dijwapada Sharma, a master of Laya Yoga, he also excelled in this other fundamental and reputedly challenging path of Yoga.* His qualities, to which one should add his erudition and brilliance, procured him the honorary title of "Lion of Bengal."

After teaching Hatha Yoga in Kolkata, Shyam Sundar Goswami, accompanied by his disciple Dr. Dinabandhu Pramanick, toured India, the United States, Japan, and several European countries, during which he presented conferences that were illustrated with demonstrations of Hatha Yoga. In 1949, Shyam Sundar Goswami represented India in the World Physical Education Congress in Lingiaden, Sweden. During the course of this international meeting a delegation of doctors, filled with enthu-siasm for his demonstrations of physiological control that had previ-ously been considered impossible, asked him to found an institute in Stockholm. From that point on, he tirelessly taught the theory and practices of Yoga. The Goswami Yoga Institute, which is probably the oldest Yoga school in Europe, contributed to the spread and revival of this discipline in Western countries. At the time of his visit to Paris, from late 1950 to early 1951, the greatest medical institutions (Salpetriere, Assistance Publique des Hopitaux de Paris), cultural organizations (the Guimet Museum, UNESCO), and the press paid tribute to his conferences and demon-strations. On account of his erudition and his rare skill at transmitting, in scientific terms, the message of Yoga, Shyam Sundar Goswami came to be internationally recognized by his peers as a master. Remarkable achievements may be put to his credit, such as the introduction to the West of both the full control of the rectus abdomi-nis and that of the smooth musculature (Nauli). The latter was clini-cally presented to a baffled medical audience with the demonstration of rare urethral suctions of air, water, and milk respectively.

Educational credit should also be awarded to the Goswami Yoga Institute for having shown in a university physiology clinic the possibility for human beings to sustain hyperventilation at a speed level above 220 respirations per minute, continually and for more than one hour. This was done at a time when Western lung physiology manuals stated the rate of 100 res-pirations per minute as the maximum voluntary hyperventilation. This Yoga pioneer died in Stockholm on October 13, 1978, at the age of eighty-seven. Today there remains of this life-which included seventy uninterrupted years devoted to the study, exercise, and teaching of the vast subject of Yoga-two works considered as classics of yogic literature, Advanced Hatha Yoga (Inner Traditions, 2012) and Layayoga as well as a significant number of new manuscripts, including the proceedings of a hundred selected conferences translated into French, Swedish and Kurdish. 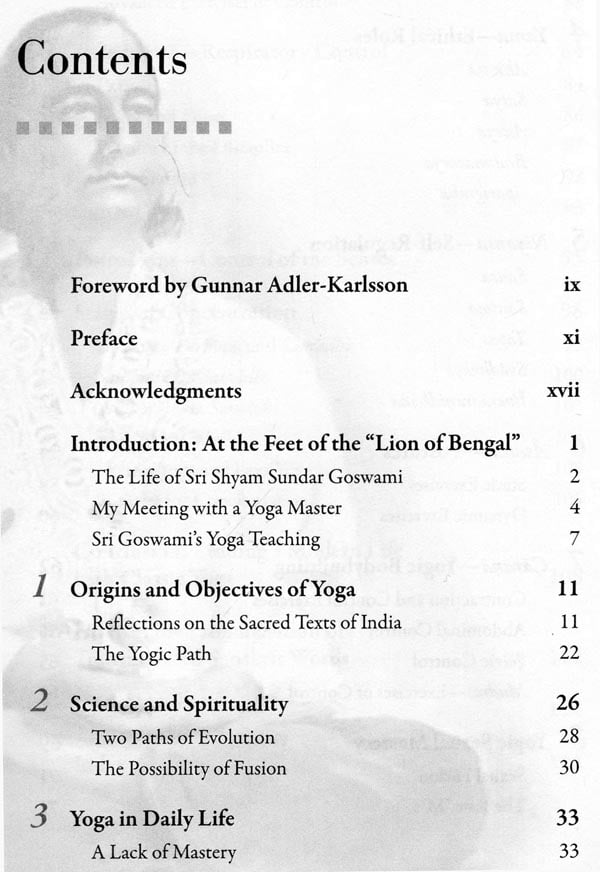 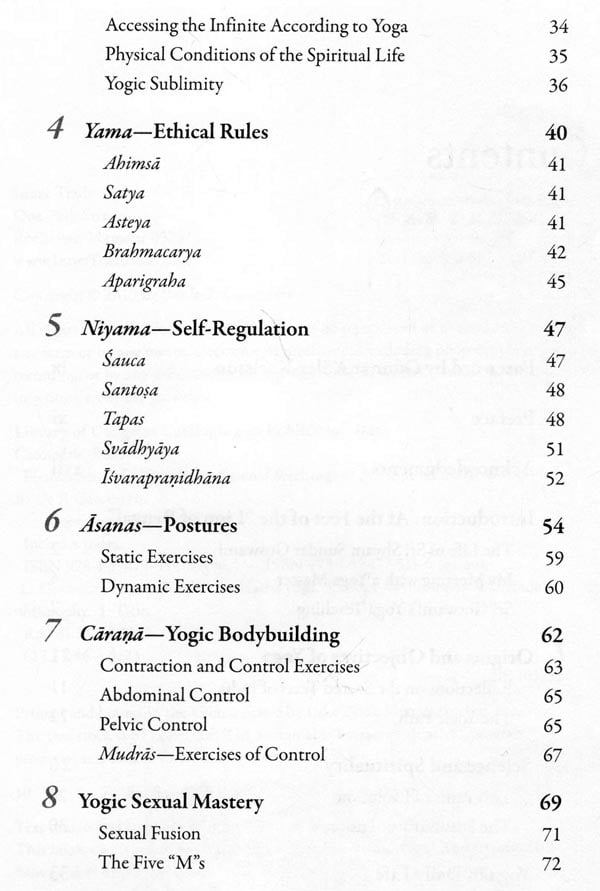 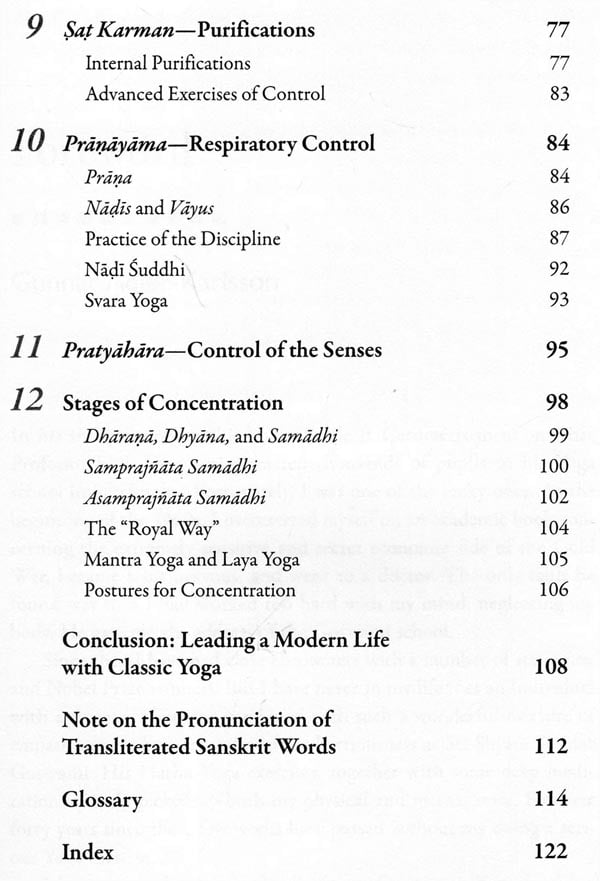 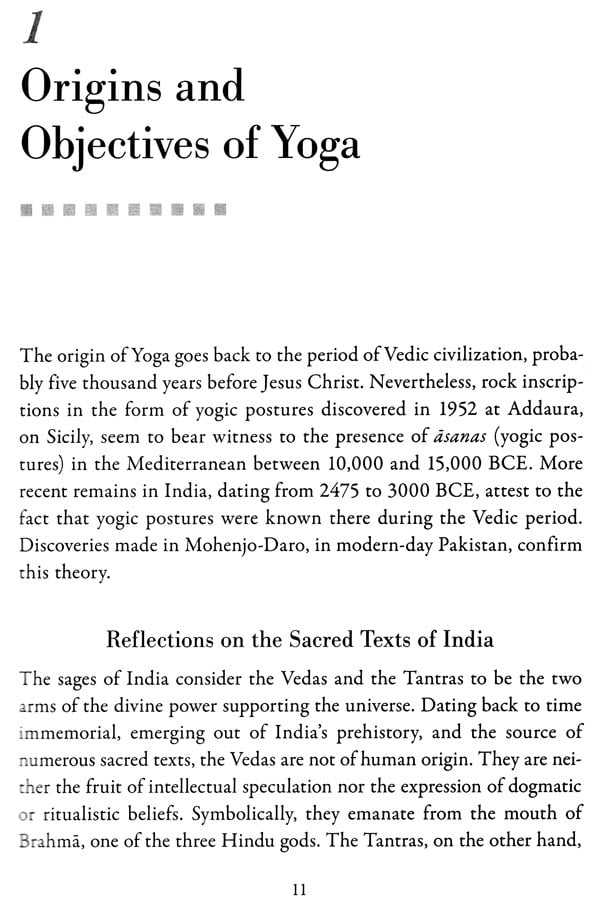 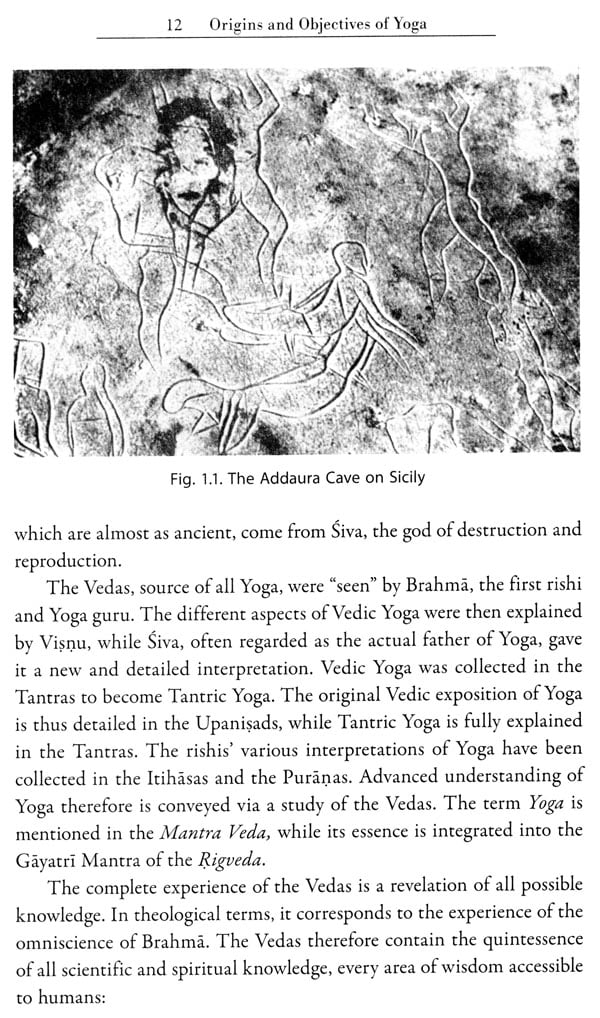 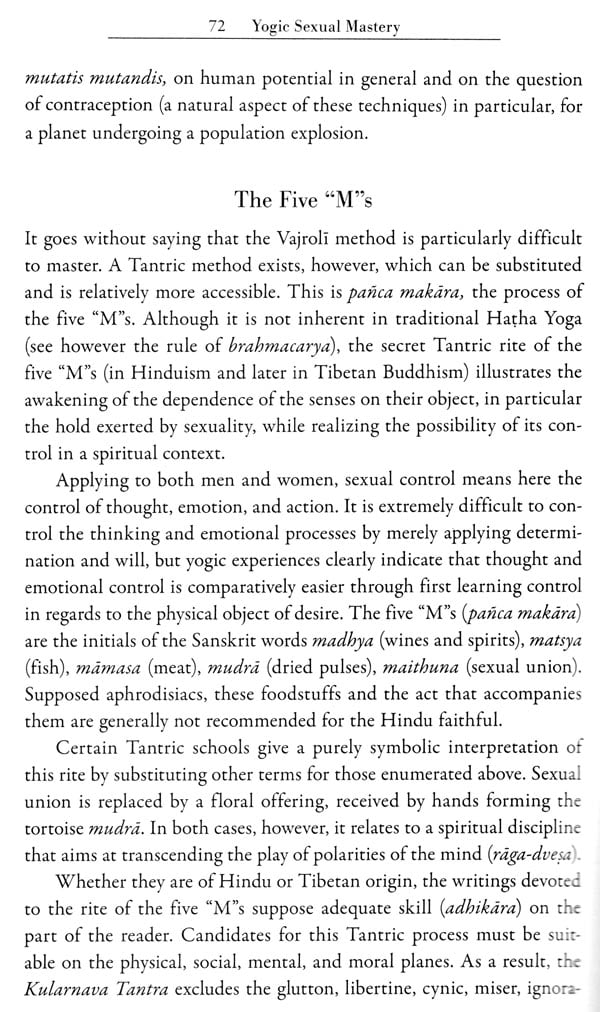 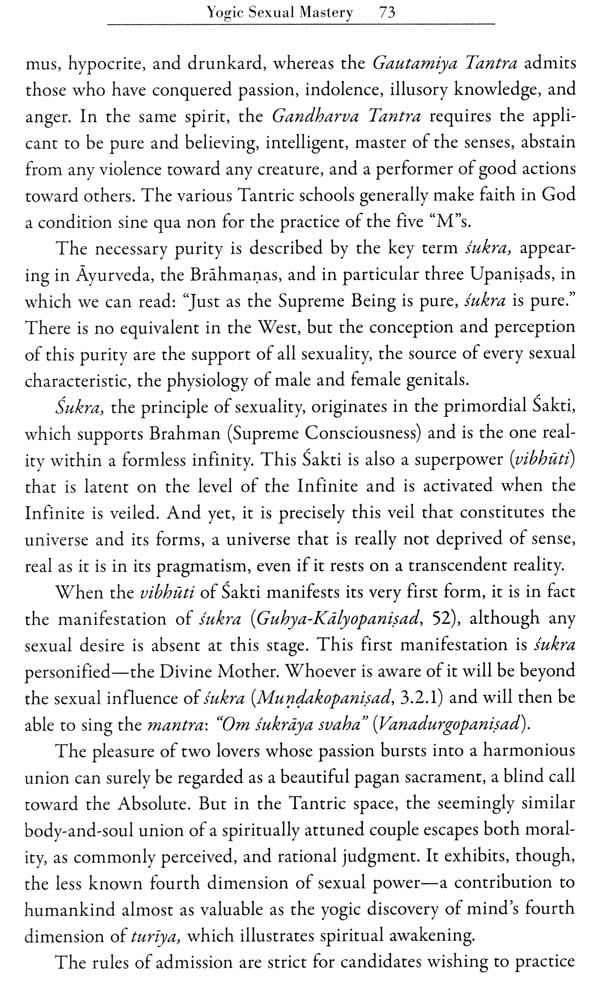 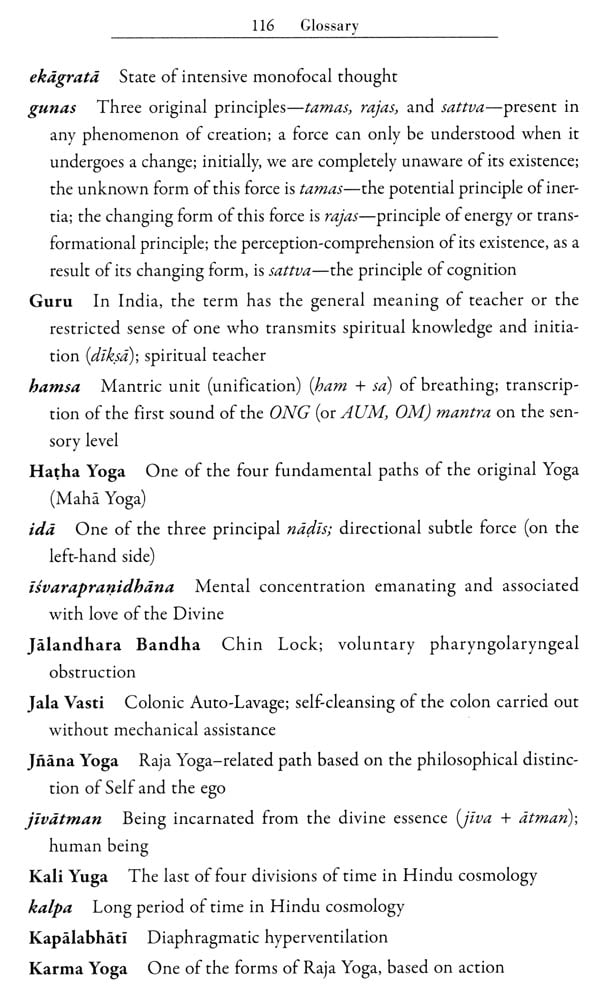 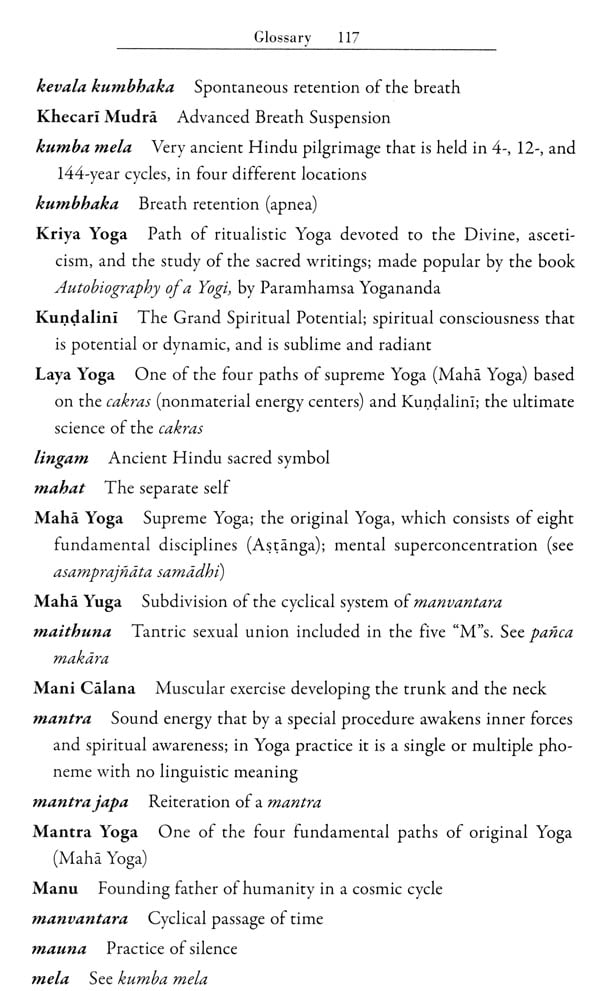 Yoga for All (Yog Unites Us With Family, Society and Country. Yog is an Ideal Path of Life)
By Rameshwar Dass Gupta, Translated by Smt. Pushp Renu Srivastava
$8.25
$11  (25% off)

The Science of Yoga (The Yoga-Sutras of Patanjali In Sanskrit With Transliteration In Roman, Translation And Commentary In English)
By I. K. TAIMNI
$27.60
FREE Delivery
Best Seller
$46  (20% + 25% off)