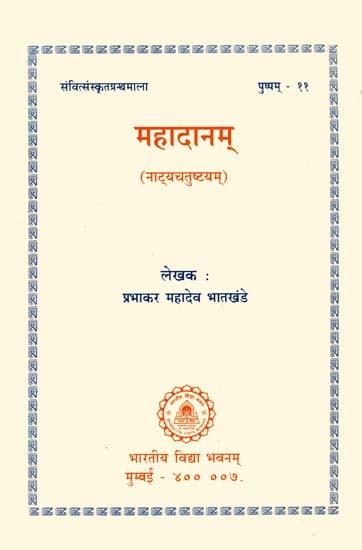 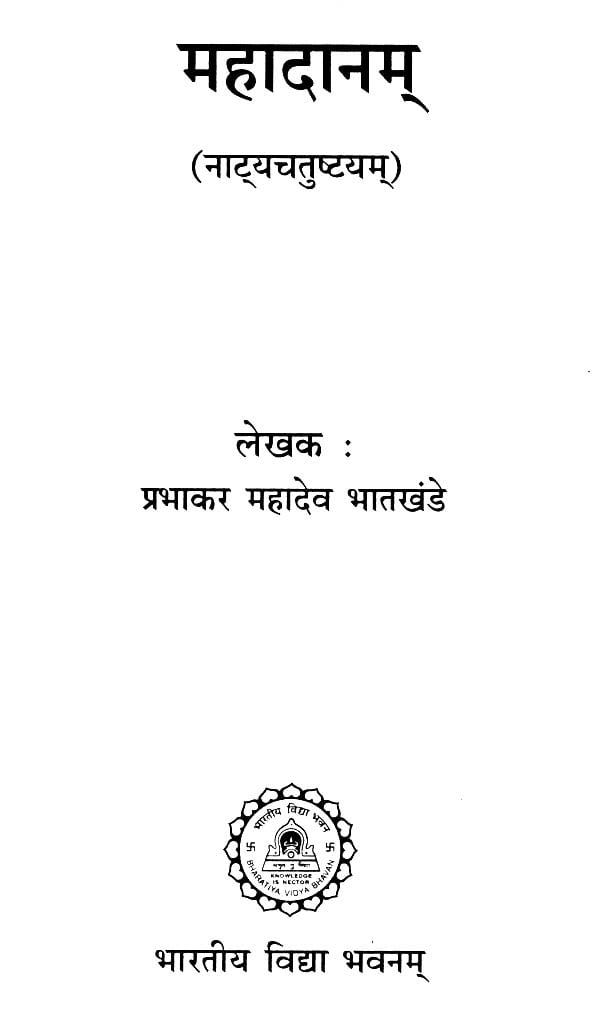 Sri Prabhakar Mahadeo Bhatkhande (B. 12-09-1940) BA (Hons) D.S.W. (L.W.) is an officer working in Mumbai. Though well-versed in the Labour Law, he is basically a man of theatre and a lover of Sanskrit. This has enabled him to act, direct and produce several dramas in this ancient language of the land. He also undertook to write dramas in Sanskrit on modern life, in a manner different from our ancient way due to the advances in Science and Technology.

The plays written and produced by Sri Bhatkhande have won several prizes in State and National-level drama competitions. He can speak fluently in Sanskrit. He has given many talks over AIR on different topics. He is also an author in Hindi and Marathi.

The Sanskrit plays published by him are: (1) Vriksharakshanam, (ii) Mukta, (iii) Ehi Mrityo Swagatam te. The play/playlets that are included in this collection are four viz. (i) Mahadanam (ii) Kara (iii) Dharmam Va Sheelam va and (iv) Ashmabuddhih. His unpublished dramas are: (i) Tirobhutam Tamah (ii) Maarovi (iii) Iti Manaviyam and (iv) Vidushakiyam. His language is simple, lucid and chaste.

Mahadanam deals with the every-day problem of timely availability of BLOOD from a donor at a place where BLOOD BANK is not existing. The parents are hard put to it to locate a source for blood. Mockery of irony comes into play when the blood donor turns out to be the son of a low caste farmer who had been earlier forced to embrace Death due to incessant harrassment for recovery of debt in the past by the father of the patient-son needing blood. The play- let ends by pronouncing a very significant conclusion that BLOOD DONATION is the most venerated and invaluable gift or donation one can make in life and further BLOOD is after all at one point-Life Saving Elixir-whether coming from a highly qualified religious Brahmin or from any low-lying outcast. Another very caustic, piquant lesson emphasised by the playlet is that a wanton harm done to any helpless creature, just because you have some control or obligation over him, is bound to recoil in this very life in due course.

The second One-Act reiterates the age-old and all-time-valid adage “Sheelam Param Bhushanam” which is so relevant in the context of current atmosphere wherein wordly affairs tend to eschew all ethical/moral values, all the time passionately embracing the glitter and jingle of gold. Indiscreet breath-taking pursuit after the precious metal is one day bound to end up with serious consequences.

The third One-Act entitled “Kara” is the longest of the three. In texture it is quite different from others. It smacks of detective atmosphere and is quite cleverly planned in respect of plot construction and denouement. It has some vague resemblance to the “Play-within-Play” technique adopted by the famous English bard-Shakespeare in his immortal “Hamlet”. The method of bringing to book an astute crafty and shrewd criminal by gullibly engulfing him in circumstances akin to those when the crime was committed sort of a psychological trap has been depicted to accelerate investigations to a successful conclusion. Here one recalls the almost identical episode of gamblers detecting the fleeing defaulter depicted in the early part of Act II of Shudraka’s Mruchchakatikam.

The fourth one is a very tiny play-let for school children based on the well-known story of King Shibi as declared by the author in the initial introductory remark. This deserves special attention as it impresses the school-going immature children with the importance and grace of imbibing the noble message of AHIMSA in the modern atmosphere reetang with dastardly violence imitating Western Ideology.

All the play-lets wear a garb of simple lucid and succinct Sanskrit, both in the matter of language and construction. They also abound in pithy sentences conveying salutory guidance (or precepts if one chooses to dub it that way). The verses composed in easily intelligible manner, intentionally avoiding involved ornate construction laden with various figures of speech so common in Classical Sanskrit Drama are placed in appropriate and essential spots. The song “Chanchal Chanchal Chetah/Tak Dhin Tak Dhin Nrutyati” needs special mention for its lilting onomatopoetic rhythm in this context (Dhanam Va Sheelam Va - Scene I). Relics of the traditional Sanskrit Drama like Nandi, Sutradhar, Nati, Bharatvakya, etc. are purposely retained with a view to maintaining kinship with and the atmosphere of the Sanskrit tradition. The use of Sutradhar Nati dialogues as a sort of the CHORUS in Greek tradition (in Scene 4 of Mahadanam) deserves to be noted as a mark of creativity.

On the whole, Shri Prabhakar Bhatkhande’s Writing (language and context-wise) often carries the reader back to BHASA, BHARTRUHARI and the Book “HI TOPA DESHA “down the memory lane and should not present any difficulty for comprehension and understanding even by lovers of Sanskrit wandering even on the periphery of the language. Should it not be construed strangely, however, as an auspicious and pleasant coincidence that the alphabet ‘B’ heads all the three names Bhasa, Bhavbhuti & Bhatkhande the fourth name Bhatwadekar also not to forget!!

As an ardent lover of Sanskrit literature, I have been a student of this ancient language and in my studies, I fell in love of Classical Sanskrit Drama. Maharashtra Seva Sangh, a social institution functioning in the suburbs of Mumbai had been participating in Sanskrit Drama Competitions and had been staging One-Act Plays every year in the State Competitions. After having presented many scripts from the Classical Sanskrit Dramas, there arose a need for new scripts. I am a firm believer that Sanskrit has potential to express any minutest feeling of human beings and it can well serve as a language of the universe. At that point of time, I thought it was necessary to introduce modern day themes in Sanskrit Literature in general and drama in particular because I was convinced that the life depicted in the dramas of the yester years written by the Great Masters have now no relevance to the kind of mechanised life that we live today. The Kings and the Queens and their Courts and buffoons no more appeal to the masses. Unfortunately, the rich life now lies only in the dreams of the people. With the hectic life that we now live, many new dimensions have been added to the human existence. For instance Charity is not necessarily to be done by giving away money but by blood donation, eye donation, etc. When this struck me, I decided that all the plays that I would write hereafter would be relevant to the modern day life and will deal with day-to-day subjects and therefore, in my dramas, I dealt with subjects such as protection of environment, blood donation, ecology etc. The net result of my endeavour is now before the eyes of the readers. Mahadanam was originally conceived as a play for All India Radio Playwrights Competition in which it won the first prize. Later on it was adapted as a stage play and that also won a first prize in the Maharashtra State Drama Competition. Dhanam Va Sheelam Va deals with a generation gap that is evident in every modern house today. Kara is a detective story. Instead of writing about my own dramas, I would restrict myself here to convey to my readers the debts I owe to certain individuals and institutions. These dramas have all been performed on the stage and have won acclaims. Maharashtra Seva Sangh, Mulund, was instrumental in staging these plays.

In these days when the publication of a book is very expensive, it is simply astonishing that a book in Sanskrit and that too of one act plays is being published but then, that is the greatness of institution of a stature of Bharatiya Vidya Bhavan. I owe a lot to this institution. I express my sincere gratitude to all officers & office bearers of the Bharatiya Vidya Bhavan who have taken keen interest in the publication of this Book.

I have exercised the choice of the author in not making Sandhis as is usual in Sanskrit Literature. However, this has successfully been done to enable the artists to work out the correct pauses and deliver what is actually meant by the author. I am grateful to Dr. Daji Bhatwadekar for writing a kind preface to this book. I am equally grateful to the scores of actors and actresses, back-stage workers and musicians who have participated in the performance of these plays.

I shall remain in debt of Mr. Vasant Nanivadekar, my close friend who had been the first reader and critic of all my scripts, and who has kindly corrected them wherever necessary. At the end, I would plead with the readers to read these plays with kindness and forgive the writer for his failures or drawbacks, if any, as the writer is not a Pundit but a student of Sanskrit language. 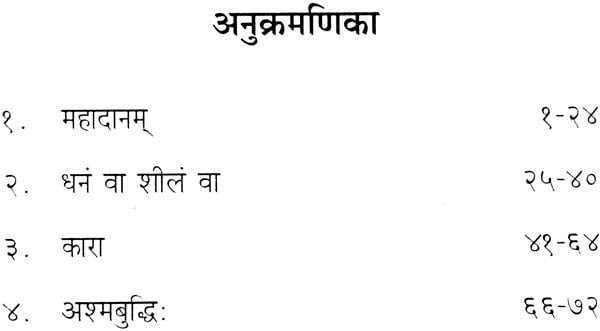 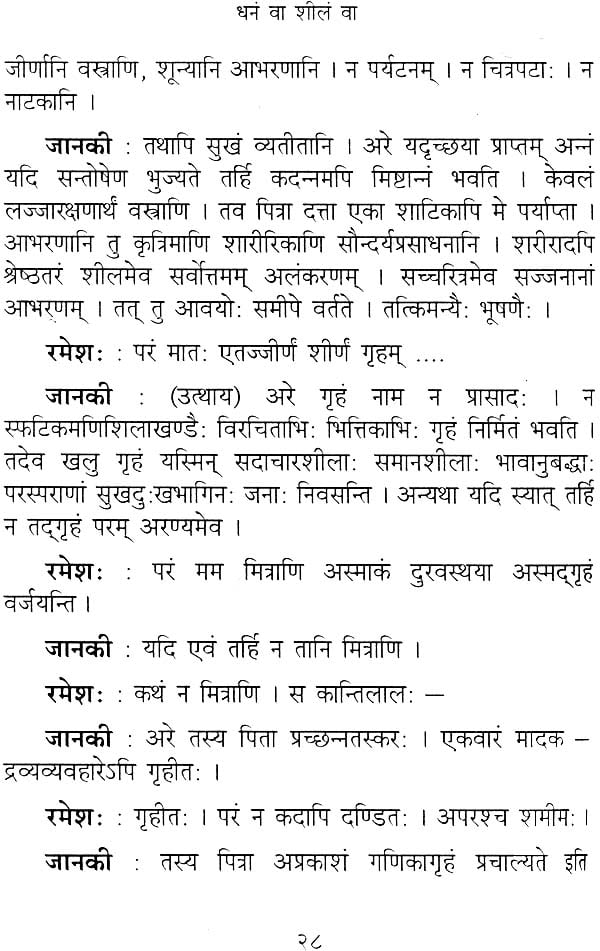 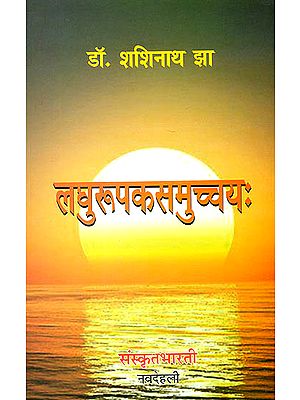 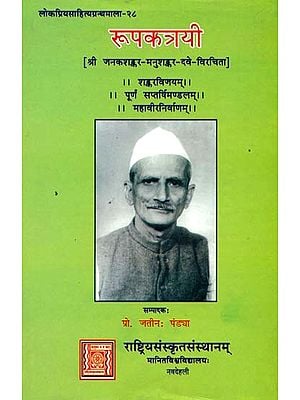 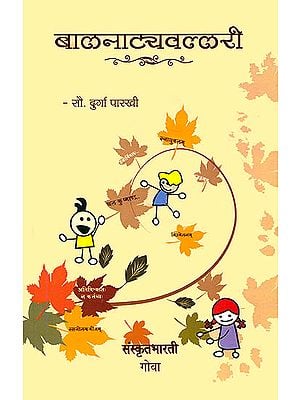 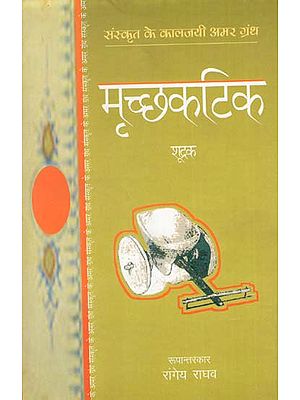 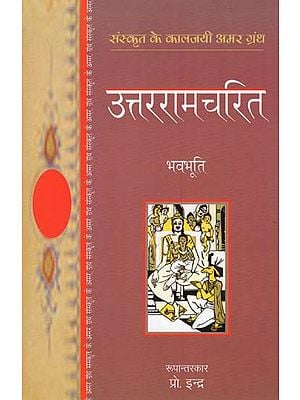 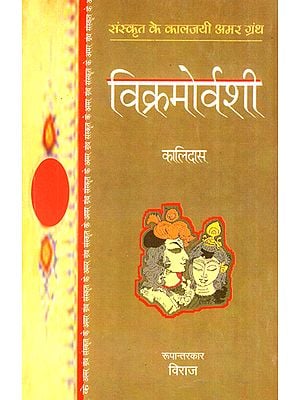 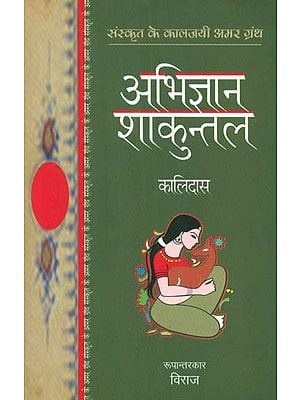 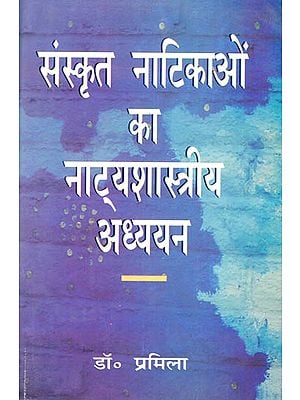 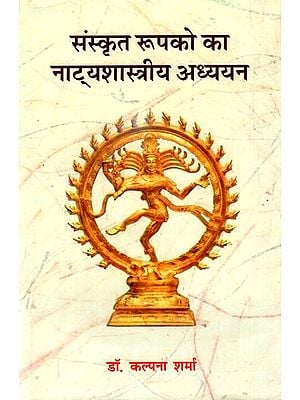 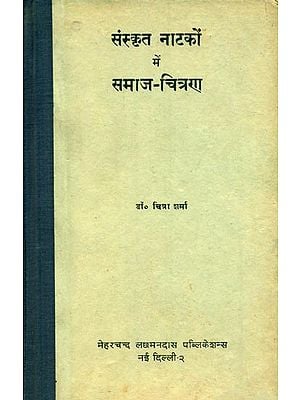 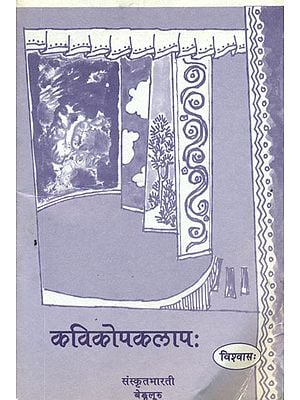 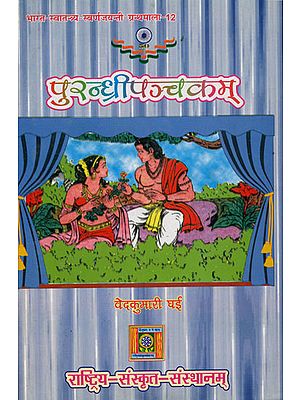 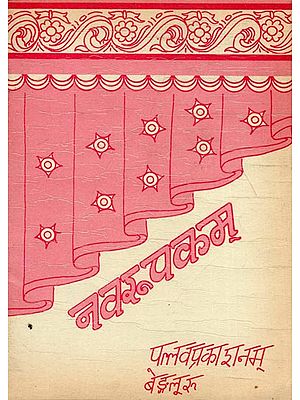