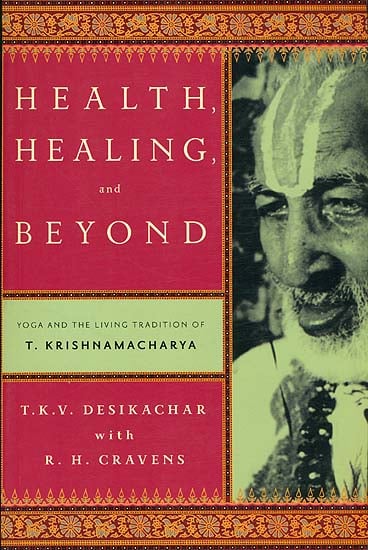 This affectionate, lively, greatly be- loved classic recounts the life and work of the man most responsible for preserving and modernizing a five- thousand-year-old body of wisdom that today benefits millions around the world. Health, Healing, and Beyond traces the near-mythic labors of scholarship that equipped Tirumalai Krishnamacharya with an unparalleled mastery of India's ancient traditions. It leads us through his years of discipleship to a legendary teacher in Tibet, his service to the Maharaja of Mysore in the last years of British colonial rule, and, following India's independence, his efforts to adapt-even revolutionize-yogic practice for modern life. In its pages we watch Krishnamacharya's thinking evolve over a lifetime-sweeping aside prohibitions against certain practices for women, innovating therapeutic treatments for a wide range of physical and mental disabilities, and searching for ways to make yoga available to each individual regardless of age, sex, race, culture, station in life, and belief or non- belief. Written by T.K.V. Desikachar, Krishnamacharya's son, in collaboration with R. H. Cravens, Health, Healing, and Beyond is an indispensable guide to the philosophy, principles, and limitless possibilities of yoga.

R.H. Cravens was born in Salina, Kansas, in 1940. His early career included stints at the Associated Press and Time/Life Books, as well as speechwriting for the United Nations. He had a long affiliation with the fine art photography publisher Aperture, as both a writer and a contributing editor. Cravens died in Albuquerque, New Mexico, in April 2009.

In 1997, during the fiftieth anniversary of Indian Independence, the name of the city of Madras was officially changed to Chennai. Although anachronistic in certain historical references, Chennai is used throughout the text for consistency (with the exception of the University of Madras, the name of which remains unchanged at the time of publication)' All quotations from the Bhagavad-Gita are from the inspired translations by Juan Mascar6, Penguin Books. Quotations from the Yoga Sutras of Patanjali are exclusively drawn from the translation by T.K.V. Desikachar, East-West Books. Each chapter begins with the words of T Krishnamacharya. A map of places visited by Krishnamacharya appears on page 25. Throughout the text, and particularly in Chapter Two, concerning Vedanta and its leading exponents, we have used dates according to modern Indological research. These do not necessarily accord with traditional Indian teachings, and a satisfactory chronology incorporating and reconciling both viewpoints remains to be worked out.

T.K.V. Desikachar is one of the outstanding global authorities on the therapeutic uses of Yoga. He brings a combination of modern empiricism and ancient wisdom, from a most distinguished lineage, to contemporary therapeutic Yoga that helps to bring these practices into the realm of scientific medicine. His teachings have profoundly influenced students of therapeutic Yoga all over the world. His contribution to this field is decisive.

Health, Healing, and Beyond is in large measure the exploration of an ancient wisdom named "Yoga:' The word entered the recorded history of mankind in India about two thousand years ago, although the practice of Yoga more likely originated two thousand or more years earlier. Its first mention in the West apparently occurred in 1785 Common Era (CE) with the earliest translation into a European language of the "divine song," the Bhagavad Cita. From then through the early twentieth century, Yoga evoked, beyond the borders of the Indian_ subcontinent, images of exotic adepts with mysterious powers of bodily contortions, able-in some accounts- to exercise superhuman control over time, space, matter, even death.

In the 1930S, a transformation took place that may rank among the milestones in the long, tortuous evolution of human consciousness. A few gifted, persuasive teachers began to travel from India throughout the rest of the world, demonstrating Yogic techniques of physical move- ment, of controlled breathing, and of mental concentrations. Theirs were not lessons about the supernormal, but of the immediately practical:

Yoga could improve bodily health, aid in the healing process, and increase intellectual, creative, and spiritual capacities. Among the most prominent of these teachers were those trained by a single remarkable man, Tirumalai Krishnamacharya. As his son, T.K.Y. Desikachar, narrates in the ensuing chapters, Krishnamacharya believed that Yoga was India's greatest gift to the world. Through the efforts of succeeding generations of teachers, many of whom may by now be unfamiliar with Krishnamacharya's name, Yoga is no longer an esoteric practice of the East. It is, in fact, part of the everyday lives of millions of individuals worldwide.

The settings where Yoga is taught are as varied as the needs and interests of its practitioners: universities, community centers, gymnasiums, health spas, hospitals, support groups, and, of course, thousands of specialized schools. It is part of the health regimen of physical exercise and stress management for individuals in every conceivable economic and social class. Yogic techniques are progressively incorporated into healing therapies for respiratory disease, migraines, and chronic back pain, as well as convalescence from injuries, heart attacks, and strokes. Meditative practices of Yoga engage individuals seeking to go beyond the confines of habituated thought and the encumbering demands of materialist societies.

To a considerable extent, Yoga has become associated with a system of techniques involving body movement, breath, and visualization. These are invaluable. They are also only beginnings. Within the pro- found layers and richnesses of meaning that he discovered In ancient sources, Krishnamacharya revealed unimagined possibilities that Yoga can open for individual human progress.

Krishnamacharya brought the genius of experienced language to the teaching of Yoga. If, among many definitions from the original Sanskrit, Yoga means "bringing together;' he demonstrated it as a practical matter of consciously realizing the union of body, mind, and spirit.

In another definition, Yoga means "arriving at a place we have not been before." This, Krishnamacharya interpreted literally: human potential is limitless in its capacity for clarity and comprehension and change. As he once wrote, "The relationship between the word and its meaning is eternal, it is not a fabrication." During a lifetime that spanned more than one hundred years, Krishnamacharya devoted himself with unstinting singleness of purpose to the study, practice, and teaching of Yoga. Because Yoga arises from the wisdom of India, Krishnamacharya determined at a very early age to master this vast body of scientific, philosophical, and religious knowledge. It may fairly be said that, like Goethe of the early nineteenth century, Krishnamacharya in the twentieth century was the last man capable of mastering the entire intellectual heritage of his culture.

Only Krishnamacharya's son, Sri Desikachar, could have assembled the story of the sage's life and work, particularly the final years when he began to introduce revolutionary changes into the physical and spiritual practice of Yoga. For "the living tradition of Krishnamacharya" is as much a matter of experimentation and adaptation as it is of preserving ancient, sometimes long-lost teachings.

Recognized worldwide as a Yoga teacher, Desikachar, a former engineer, was his father's student and colleague for the last thirty years of Krishnamacharya's life. In 1976, Desikachar established a school of Yoga that bears Krishnamacharya's name, in Chennai (formerly Madras), India. Here, in a large building midway along a dusty street in the old Mylapore section of the city, more than two thousand Indians and foreigners each year take part in Yoga therapies, study groups, and teacher training.

The real source of inspiration for teachers and students alike lies at the end of the street, in the corner garden of Desikachar's home. Here, on precisely the spot where Krishnamacharya chose to live out the last two years of his life, is the sannidhi. A small, stuccoed, whitewashed buildng less than twenty feet square, the sannidhi is not regarded as a shrine, the usual definition. Krishnamacharya customarily refined and thus redefined words according to their original meanings. For him, sannidhi denoted "presence" or "proximity." In this case, the proximity is to a pair of Krishnamacharya's sandals, encased in silver, that have come to rest upon a carved granite pediment.

Although he refused to allow anyone to call him a guru, or even a Yogi, during his lifetime, the now semi-legendary sage was always referred to as an acharya. No designation could be more accurate. An acharya is not simply a wise teacher: he is one who has traveled far and lived what he taught. All that he knows he is said ot have learned at the feet of his own teachers, hence the significance of those well-traveled sandals. And it is in their presence that teachers and students touched by his life's work come, in the words of the great Belgian Yoga teacher Claude Marechal, "to strengthen their sense of responsibility and to lighten it." Above all, the living tradition of Krishnamacharya is about service to others.

It must in fairness be added, as Desikachar will always emphasize, that there can be no complete and final knowing of the "true" name of Yoga. It is, in another ancient meaning, a "science of the mind:' Each mind, as the acharya taught, is absolutely unique even as it belongs to universal, eternal Mind. What can be assured is that each individual who seriously undertakes the study of Yoga may discover awaiting, untapped powers of comprehension. The prospect, as Francis Bacon put it more than four centuries ago, is that "the mind can be enlarged, according to its capacity, to the grandeur of the mysteries, and not the mysteries contracted to the narrowness of the mind:' 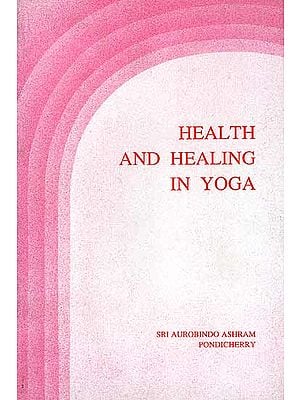 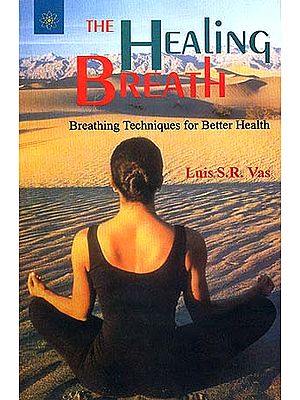 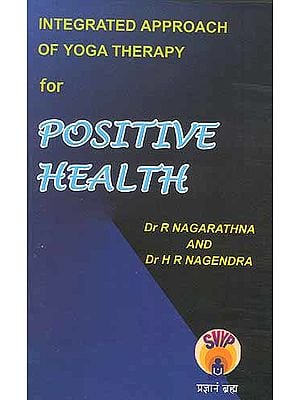 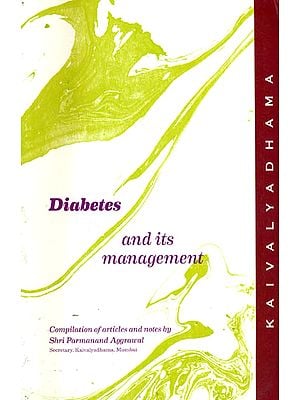 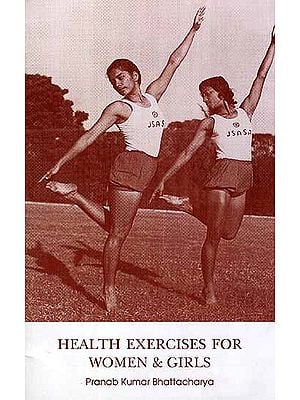 Health Exercises for Women and Girls
By Pranab Kumar Bhattacharya
$9 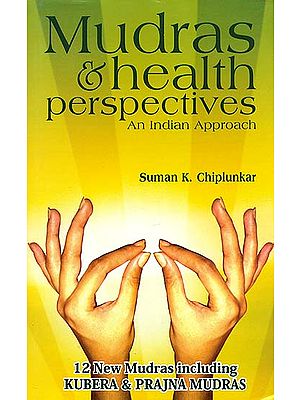 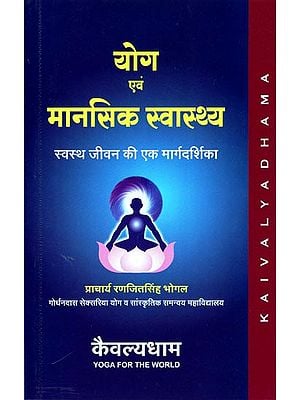 Living Within (The Yoga Approach to Psychological Health and Growth)
By A. S. Dalal
$14 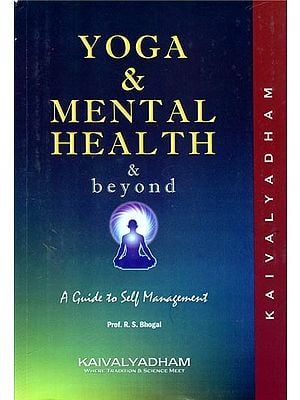 Yoga and Mental Health and Beyond (A Guide to Self Management)
By R. S. Bhogal
$26
FREE Delivery 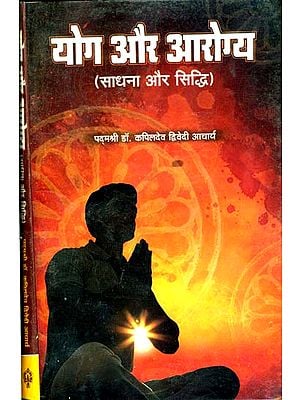