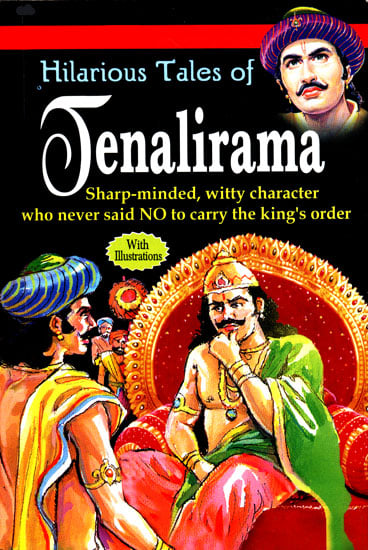 Tenali Ramakrishna, or more popularly known as Tenali Ram, is not a concocted character in the history of Karnataka. He did exist, and existed with all his might of wits and wisdom. He led his way and made it possible for himself to be appointed as court jester at the court of Krishna Dev Rai, using his wits and wisdom and presence of mind. King Krishna Dev Rai was the ruler of Vijayanagar, who, with the help of his capable administration, had made Vijayanagar the most powerful kingdom of Karnataka.

Tenali Ramakrishna was the son of a poor Brahmin-Ishwar Prasad Ramaiya. The real name of Tenali Ramakrishna was Ramalinga. He was born in a small town, Galipadu, of Guntur district. But it is said that his father died when he was only three days old. He was taken care of by his maternal uncle who lived in a small town, Tenali. Ramalinga had a sharp brain ever since his childhood. All his comrades acknowledged his supremacy.

Tenali Ramakrishna had a wish to go to the court of Krishna Dev Rai and offer his services. And he also succeeded in fulfilling his wish. But the status Tenali Ramakrishna enjoyed at the King's court, was not attained by him just like that; he really had to struggle for it.

Tenali Ramakrishna was a man of firm determination. And it was because of this determination and self-confidence that he could make a place for himself at the King's court. Though there are thousands of stories of Tenali Ramakrishna, we have carefully selected a few which are entertaining and give us knowledge, and also teach us ethics. 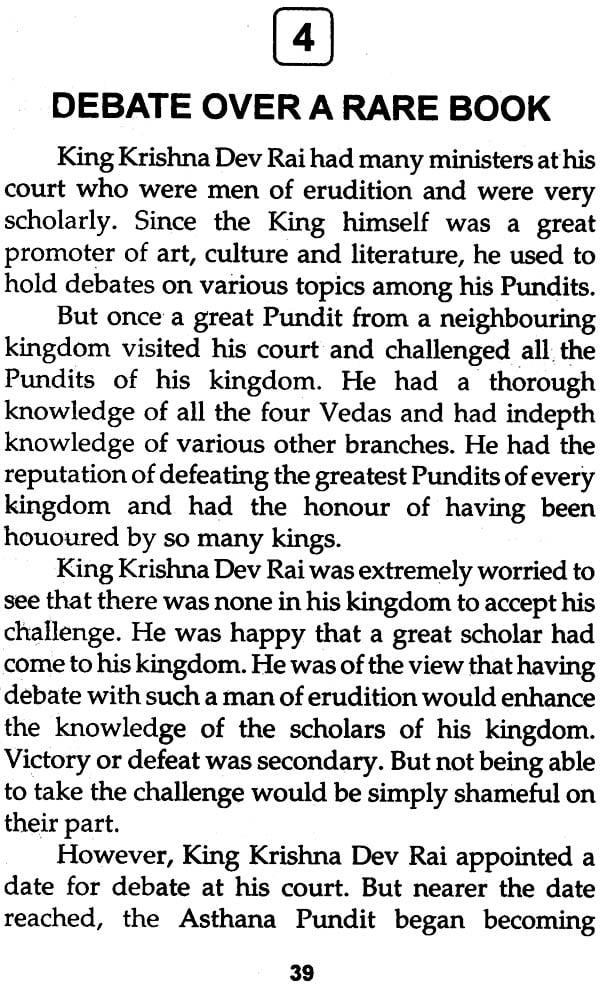 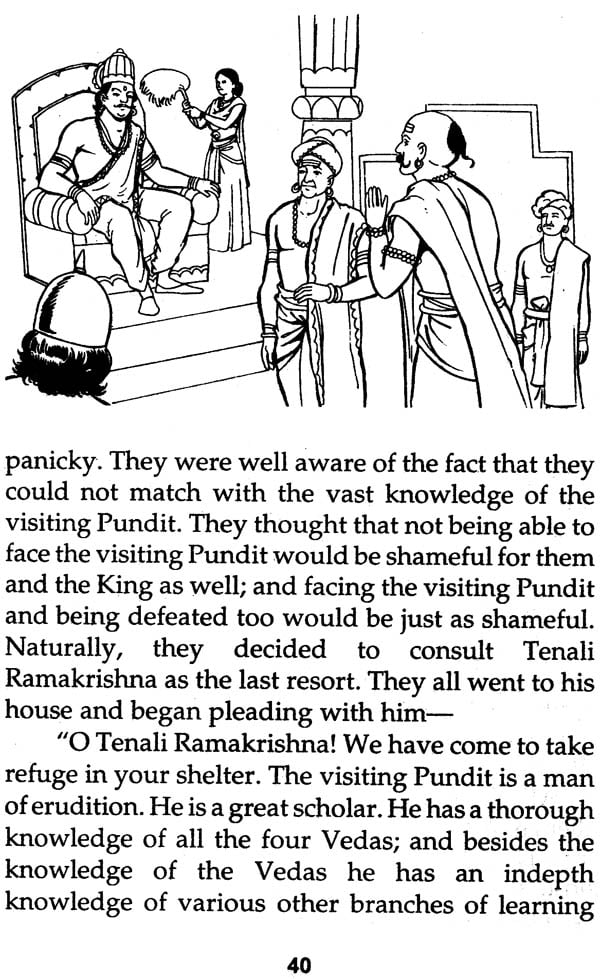 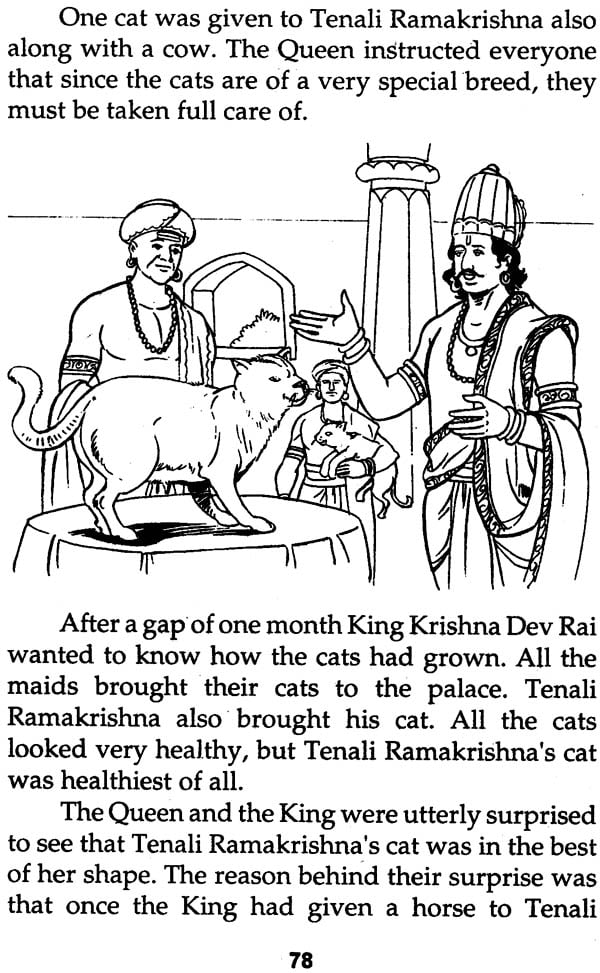 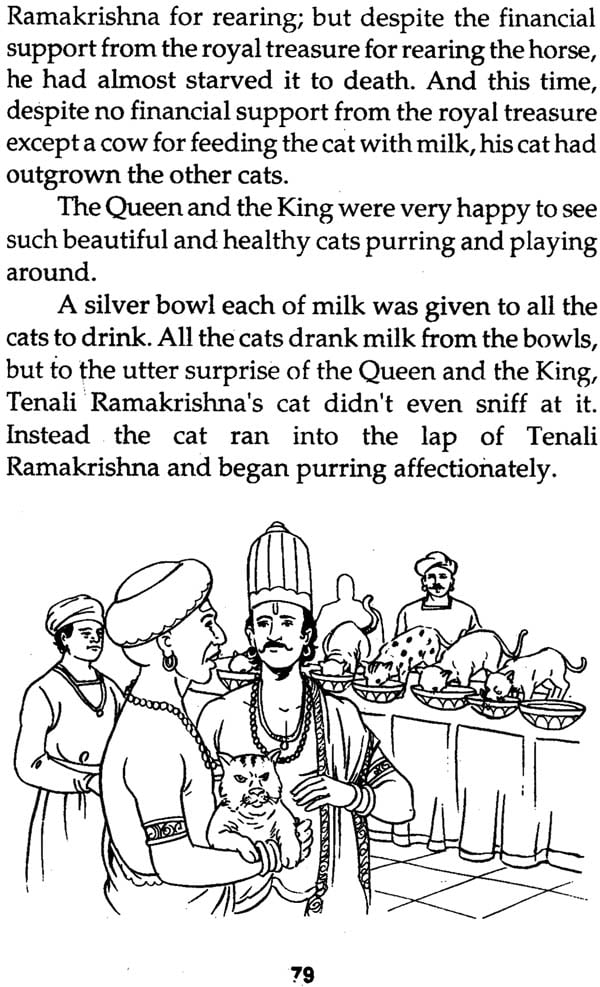 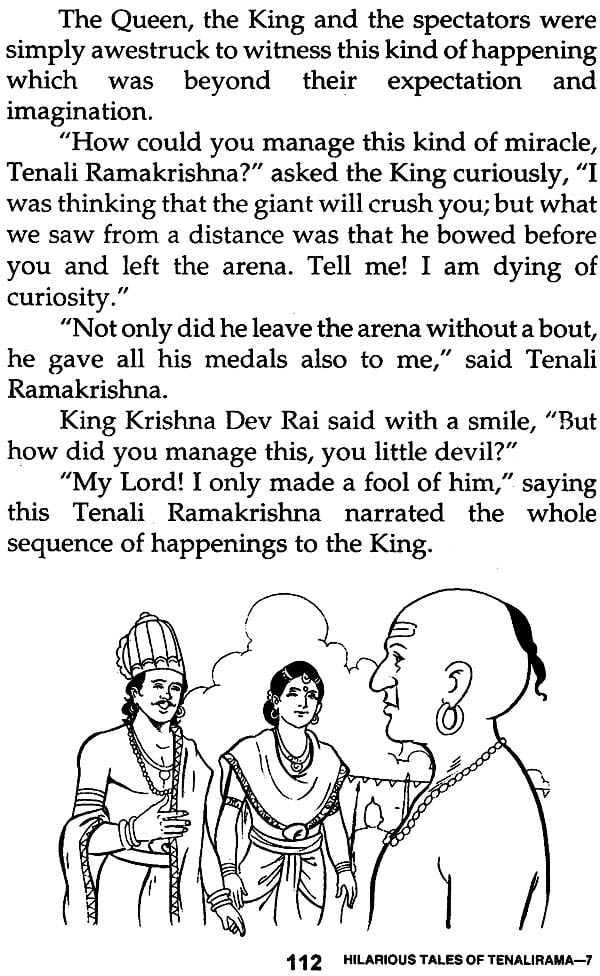 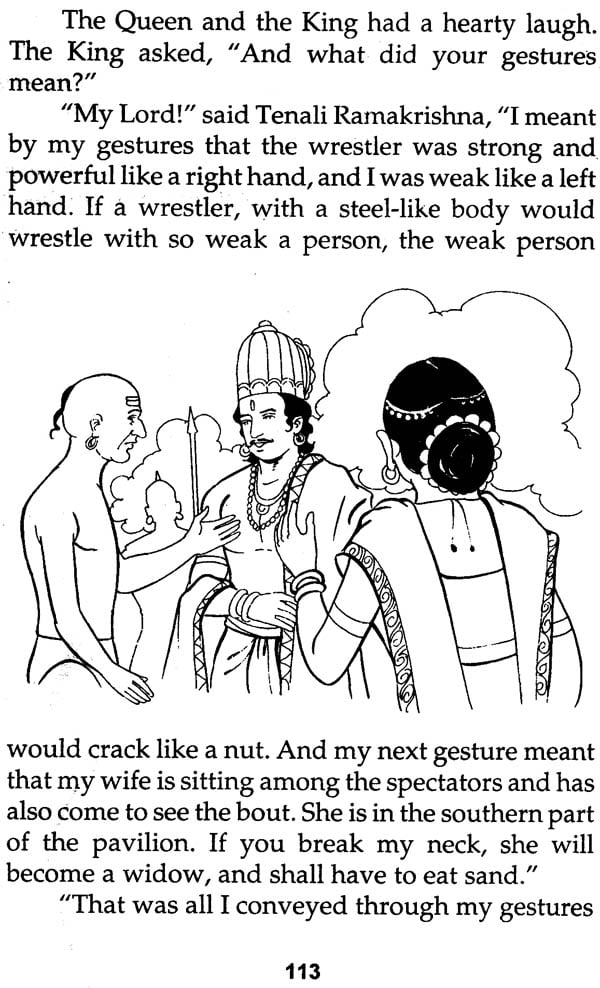 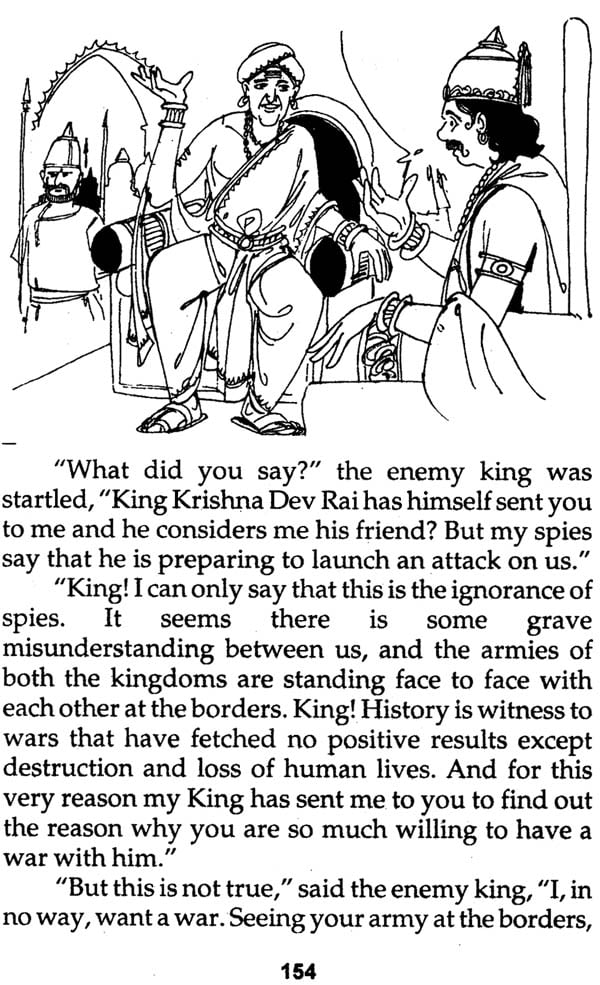 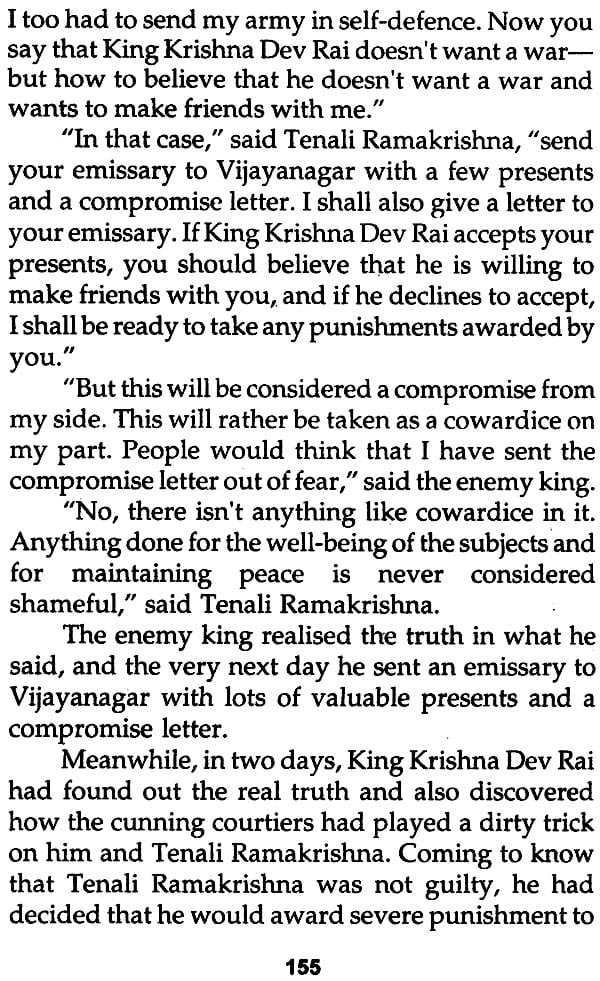 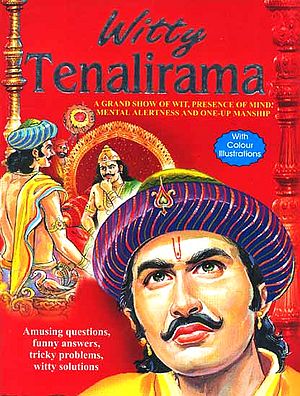