Professor Anandadeb Mukhopadhyay was former Professor and Head of the Department of Geological Sciences, Founder Director of School of Oceanographic Stuidies and Environmental Studies M.Phil Unit of Jadavpur University. He was also fanner Vice-Chancellor of Vidyasagar University and Chairman Digha Shankarpur Development Authority of Government of West Bengal.

The history during the middle ages is highlighted by Al Biruni's contributions to earth-sciences. Moreover, throughout the middle ages the history of different exploration in the oceans made a mark in the development of earth-science. Considering the historical perspective of earth-science, emphasis has been given in this volume on the emergence of thinking about mineralogy during medieval times. The 17th century's great stride in geology through important events such as Bible's interpretation that the deluge formed world's geology and geography, constitute an important part of this volume. Emphasis has also been given on the Christian beliefs during the 17th century and the de bate between religion and science over the origin of the earth. Attention of the readers is drawn in this volume to Nicholas Steno's thinking regarding the origin of fossils and the birth of palaeontology during 18th century. 18th century's development in earth-science is also demonstrated through the publication "Treaties on the ocean" by Marsigli, the famous work of generation of ocean tides by Euler and Benjamin Franklin's interest in the mystery of the "Northern Lights". Moreover, the history of earth-science in the 18th century is marked by a rise in the interest of the minerals and the other components in the earth's crust. Special mention

has been made in this volume about the introduction of the concept of bio- geography and new theory of history of the earth during this century. This new theory accentuated the debate between Neptunian and Plutonist groups. The historical development of earth -science attained its acme during the 19th century by the propagation of the theory of uniforrnitarianism by Charles Lyell. 18th century also marked the birth of the field geology which culminated in the Cuvier's fundamental law on palaeontology, stratigraphy and introduction of the concept of extinction. 18th century is characterized by debates between the theories of catastrophism and uniforrnitarianism. 18th century is also important for the emergence of views on the earthquake and the character of the earth's interior. These views contributed much to the development of history of earth-science.

Early 19th century is characterized by the emergence of the concept of stratigraphy as a branch of earth-science. This volume embodies a detailed description of the scenario of the earth -sciences in India and contribution of the officials of the Geological Survey of India from the 18th century till date. The authors have also described the scenario of contemporary science from 20th Century till date. The 20th century is characterized by the development of the concept of Plate tectonic. Theory Supporting evidence of the idea of this theory comes from South American east coast and African west coasts and also from the matching of the rock formation along the edges. The plate tectonic theory in fact provides explanation for various types of global change-scale tectonic features. An attempt has been made to highlight teaching and research work carried out in different educational institutes and research organizations of our country in geology, geography, oceanography and environment during the contemporary period. Thus a comprehensive approach to delineate the history of earth -science is made in this volume so that it interests the general readers.

Science is a body of empirical, theoretical and practical knowledge about the natural world, produced by scientists through their observation, explanation and prediction of real world phenomenon. Science is continually refining and expanding our knowledge of the universe, and as it does, it leads to new questions for future investigation. People all over the world participate in the process of science. The history of science is the study of the historical development of science and scientific knowledge, including both the natural sciences and social sciences. Earth science is a multi-disciplinary science stream within which geology, geography, oceanography and environment are included.

Geology existed as a cloud of isolated, disconnected ideas about rocks, minerals and landforms long before it became a coherent science. More precisely geology is the scientific study of the origin, history and the structure of the earth. Geology provides essential theory and data that shape how society conceptualizes the earth. Individual theorists made important contributions in the field of geology. Geology was not systematically restructured during the scientific evolution.

Geography is derived from the Greek word Geographia a literal translation of which would be "to describe or write about the earth". In other words, Geography is the study of Earth's landscapes, peoples, places and environments. Geography provides an ideal framework for relating other fields of knowledge. Eratosthenes (276-194 BCE) was the first to use the word "Geography". The ancient Greeks considered the poet Homer as a founder of Geography. Cartography (or map making) was used as evidence in the past for recognizable practices of Geography prior to the use of the term.

Oceanography, also called Oceanology or Marine science, is a branch of earth science that studies the ocean. It covers a wide range of topics; marine organisms and ecosystem dynamics, ocean current and waves and geophysical fluid dynamics, plate tectonics, the geology of the sea floor and fluxes of various chemical substances and physical properties within the ocean and across the boundary. In fact, these diverse topics reflect multiple disciplines that oceanographers blend to further knowledge of the World Ocean and understanding of processes within it. The historical record of oceanography is to narrate the events into three broad stages. The first stage includes the attempts made by the individual mariners to describe the Earth's oceans and landmasses. The second stage includes the systematic attempts made for applying a true scientific approach to investigate the oceans, while in the third stage the growth of modern oceanography, with the help of modern technology and collaboration of scientists in the international level, are included. 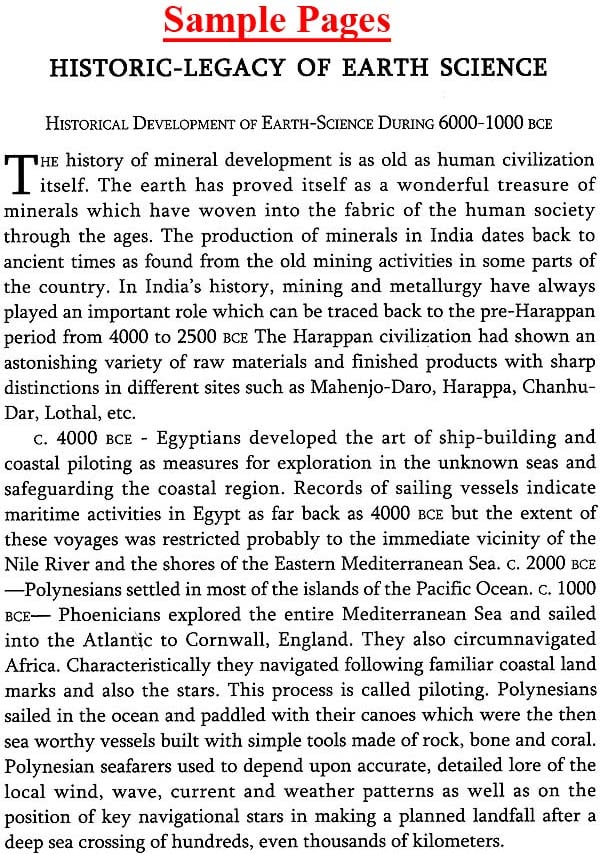 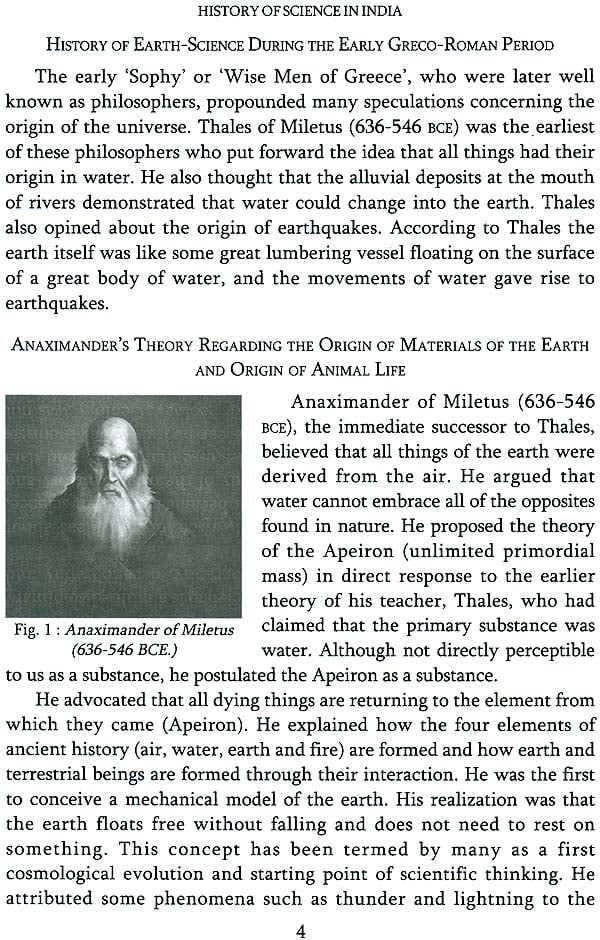 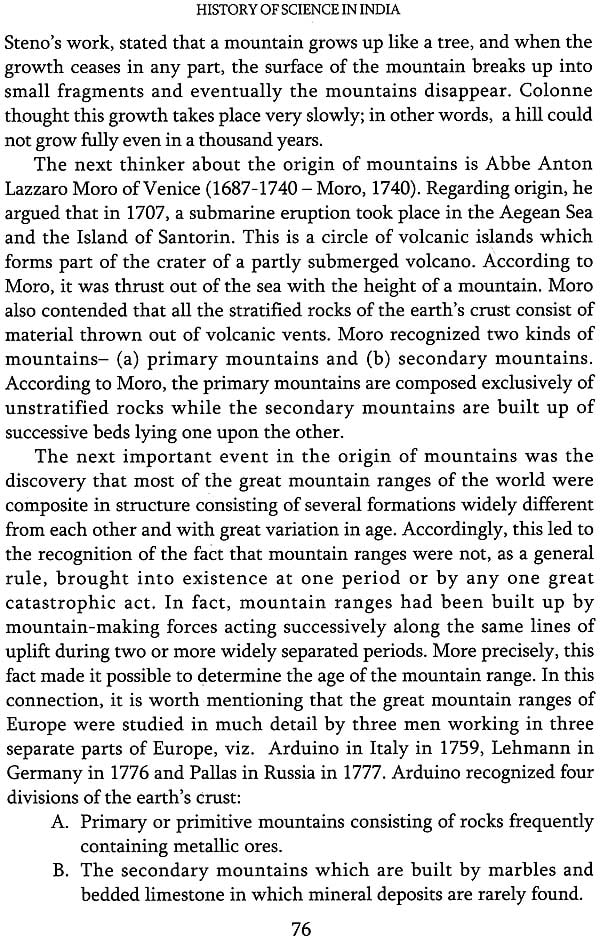 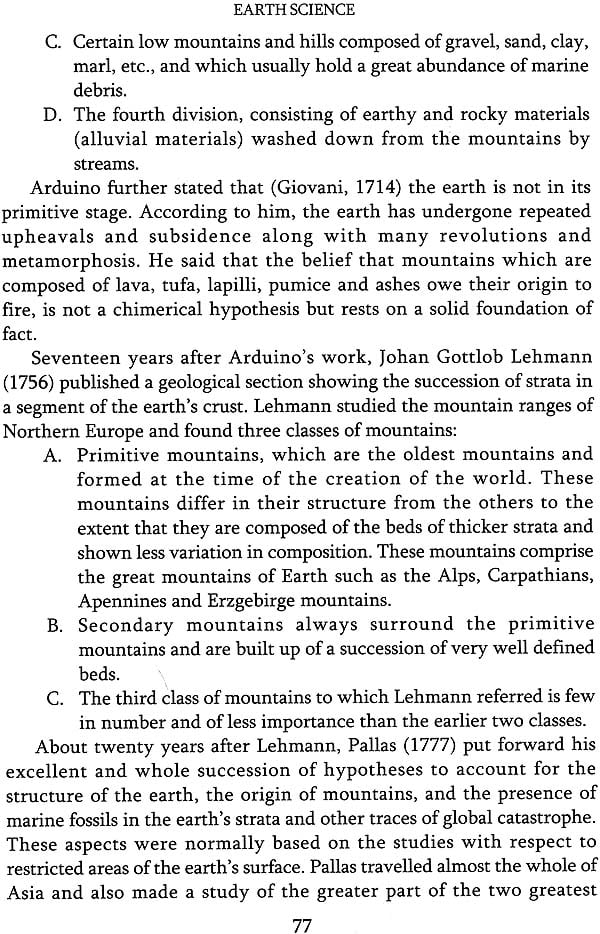 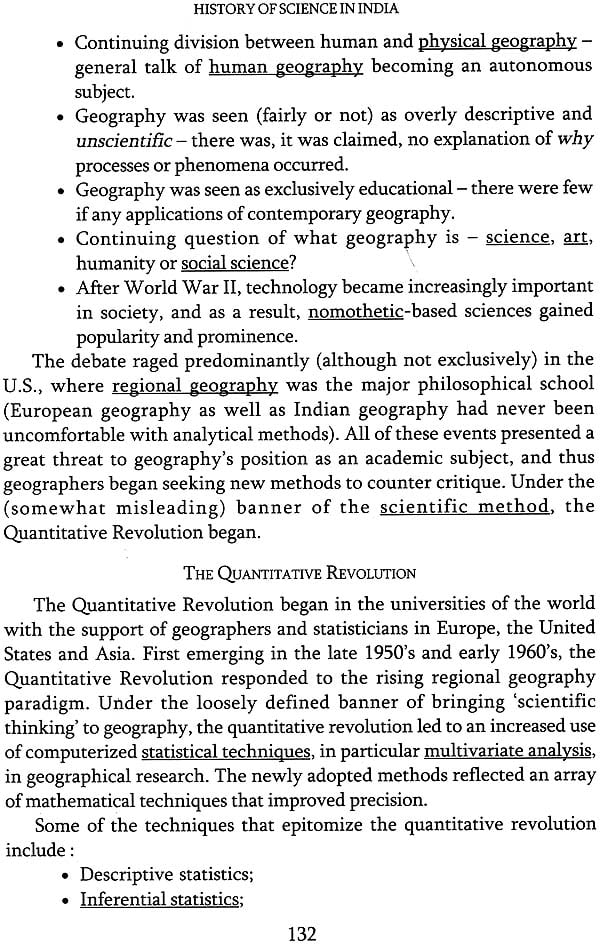 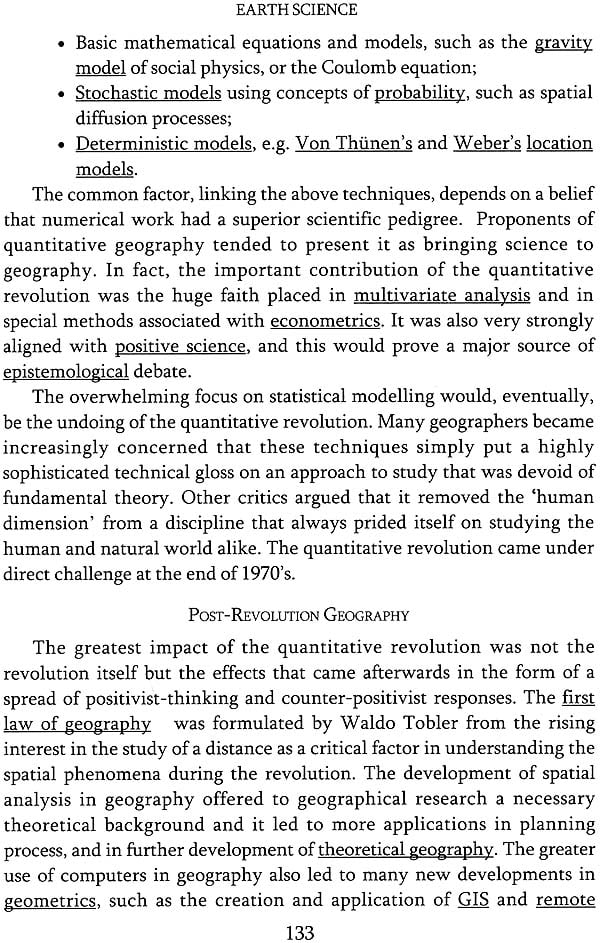 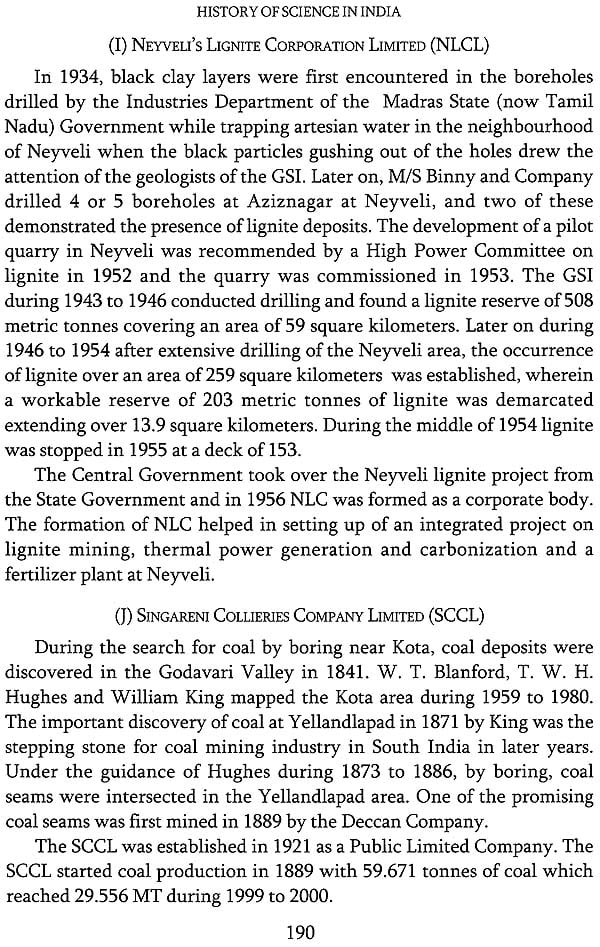 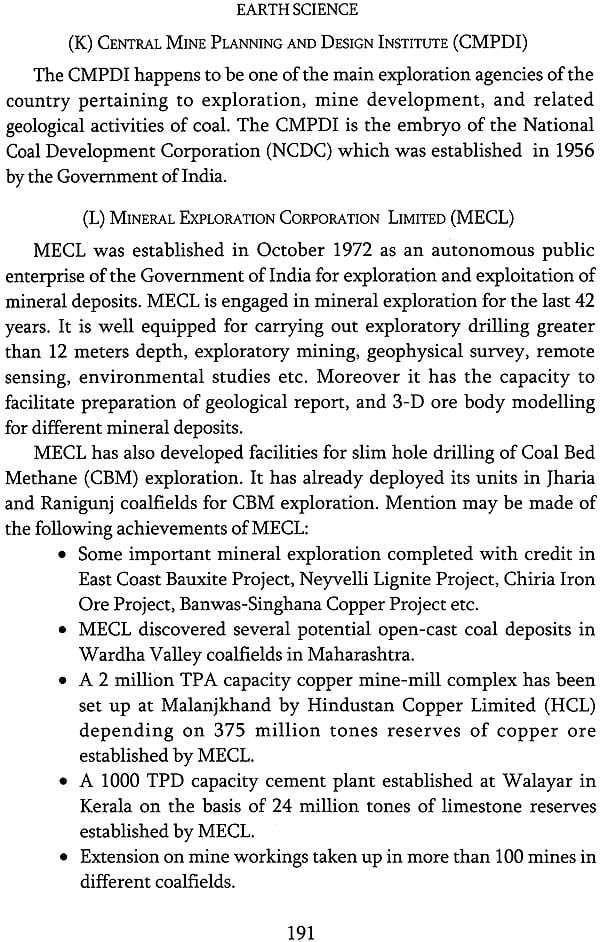 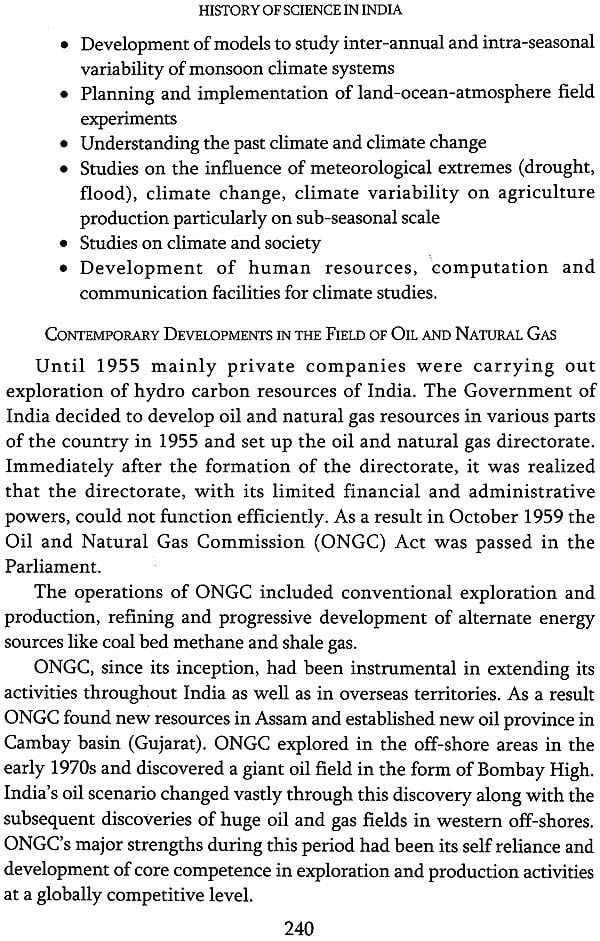 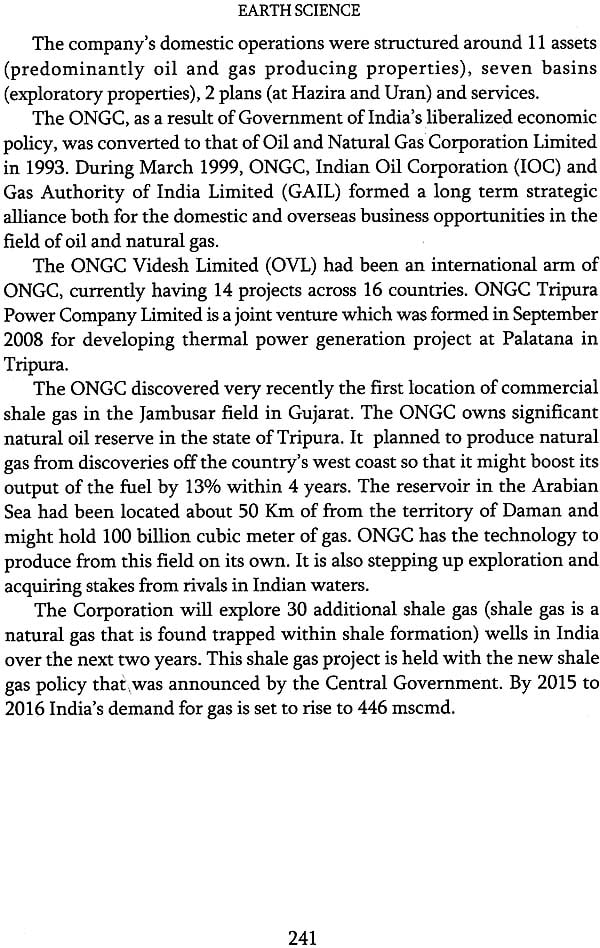 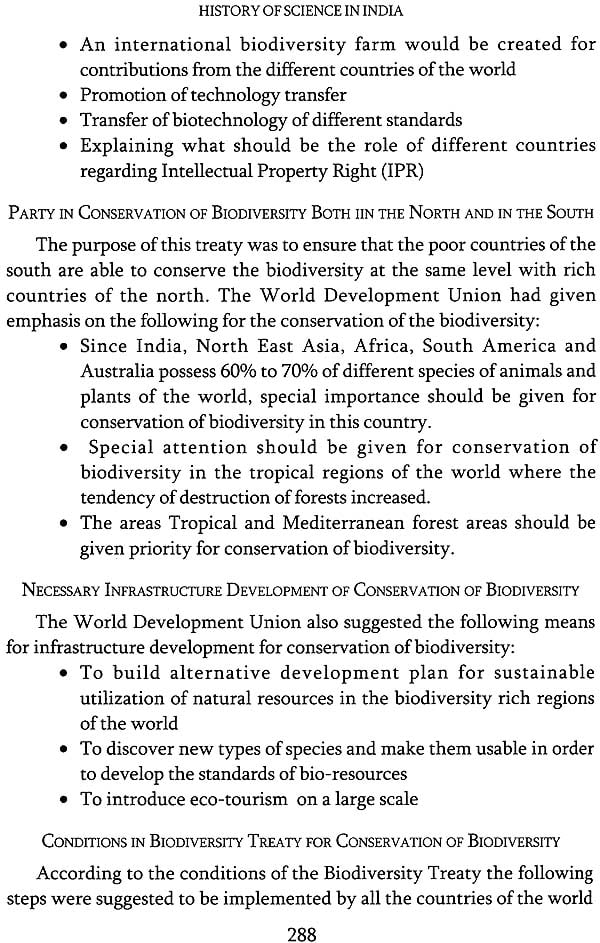 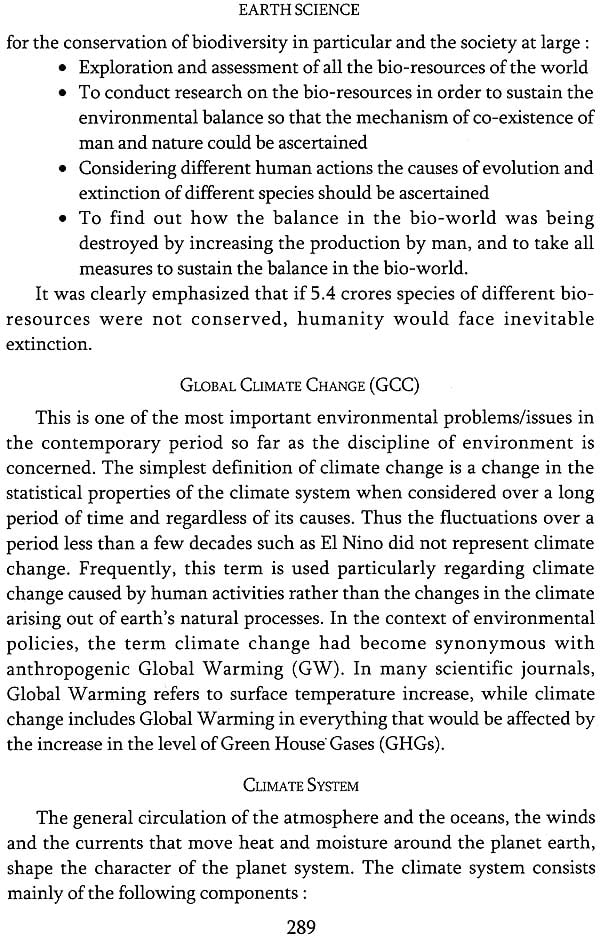 The Tradition of Astronomy in India (Jyotihsastra) (History of Science, Philosophy and Culture in India Civilization)
By B.V.Subbarayappa
$85
FREE Delivery 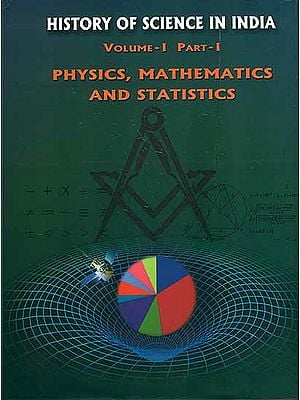 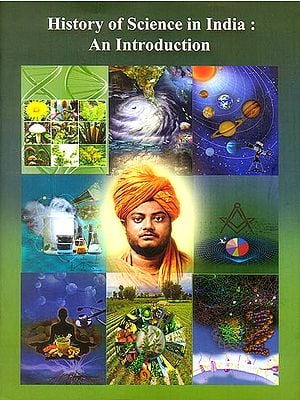 Introduction to History of Science in India
By Prof. A.K.Sharma (ED.)
$31
FREE Delivery 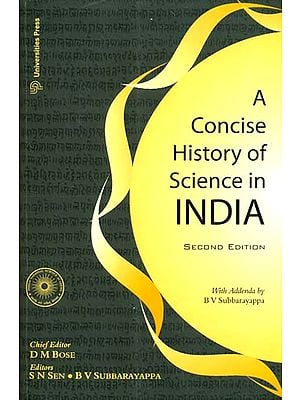 India's Contributions to The West : The Story of Origin of Mathematics, Science And Philosophy In India And Its Dispersal to The West Leading to Development of Modern Age
By Dr. P. Priyadarshi
$40
FREE Delivery

India From Within (A Guide to India’s History, Religion, Arts, Culture and Society)
By Alvaro Enterria, Preface by Mark Tully
$36
FREE Delivery 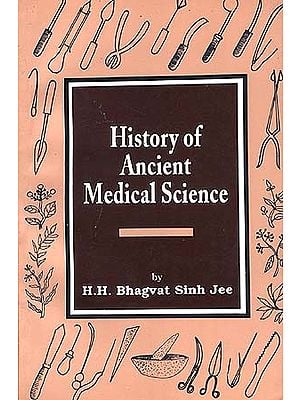