In Era of Modi

This book is a collection of well researched 66 articles of R.K. Sinha. The writer has taken special care to see to it that there is no deviation from the theme of the subject written about.

This is not the only introduction of the book. I would like to narrate a short story to unfold R.K. Sinha's background as a journalist. I was in Patna some time back. I rang up my old friend and colleague Surendra Kishore and visited his new house. Rather calling him to meet me at some central place in Patna, I preferred to visit him at his new house. The reason was, Surendra Kishore is one of few journalists who has his 'reference library' built over decades with great care and interest. I wanted to see it.

When we were in conversation, it was difficult to miss reference of lrathavat', a fortnightly magazine in Hindi published from Delhi which I edit and R.K. Sinha is its Chairman. When Sinha's name cropped up in discussion, Surendra Kishore recalled an incident, some 50 years ago which proved a turning point in the life of Suendraji.

In 1960s, R.K. Sinha, who wrote with his full name in credit line as `Ravindra Kishore Sinha' was an icon for journalists then. There was flow and consistency in R.K. Sinha's writings. Impressed by Sinha's style of journalism, Surendraji added Kishore in his surname and from `Surendra Akela' he became Surendra Kishore.

R.K. Sinha An internationally acclaimed trainer in the field of Security and Loss Prevention Management and Investigation, Ravindra Kishore Sinha founded the Security and Intelligence Services (India) Limited, popularly known as SIS, in 1974. A graduate in Political Science and Law, Sinha started his career as a journalist specialising in crime and political reporting. He is recognised as one of the most successful investigative journalists of his time. He also covered India-Pakistan war of 1971 in the Khulna-Khustia-Isardih sector. Having witnessed the student movement of Bihar, led by Loknayak Jai Prakash Narayan (1974-75), he authored a well-researched book titled Janandolan.

Today he is Chairman of Hindusthan Samachar(since 2016), India's only multilingual news agency. The Hindusthasn Samachar Group also publishes Yathavat, a Hindi fortnightly on current affairs from Delhi, Yugvarta, a Hindi weekly on current affairs, sports and entertainment, also from Delhi and Navothan, a monthly journal of Art, Literature, Culture and Indian Heritage in Hindi from Delhi and a Bangla edition of Navothan is published from Kolkata. Recently, Hindisthan Samachar has also began publication of a Hindi daily Deshpran from Ranchi.

A man of many hues, Sinha is the Founder Chairman of Indian Public School, a leading boarding school in Dehradun-Mussorie Valley and founder President of International Institute of Security and Safety Management (IISSM) New Delhi.

R.K. Sinha is a Member of Parliament (Rajya Sabha). He was elected to the Upper House of Parliament as BJP member from Bihar in February 2014.

In Era of Modi' is a book that reflects the political and social reality of modern India. This may not be attributed to as a historian's work, but viewed in proper perspective; it is more than an academic historical contribution. The writer picks up the thread of the contemporary India and examines it in the context of modern times. Though he is an influential political personality with erudite allegiance to the saffron ideology, his treatment of the subject and issues is not an exercise to look through the narrow prism of politics. He is objective, known for his humane conscience and for approaching the issues from the angle of ethics and morality.

If the writer eulogies the performance and farsightedness of the Prime Minister, Shri Narendra Modiji, it is basically for the reason that in the contemporary India no other political leader behaves like a statesman and dares to take the challenges head on.

The writer is sincere in his devotion and commitment. He also appreciates the diverse political thoughts and their proponents, but does not miss the occasion to advise and caution them against anti-national politics. His most incisive articles are on Kashmir and particularly on the attitude of the younger &veneration where he also underlines the priorities that should be practiced in the valley. 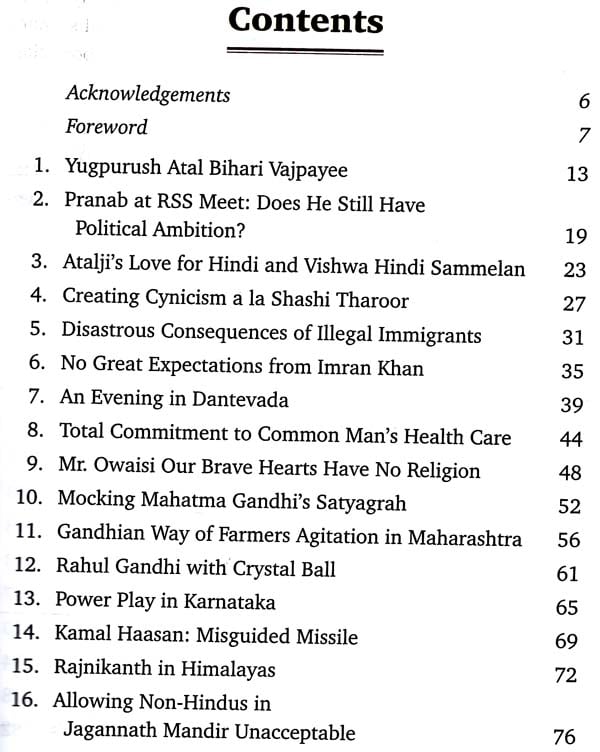 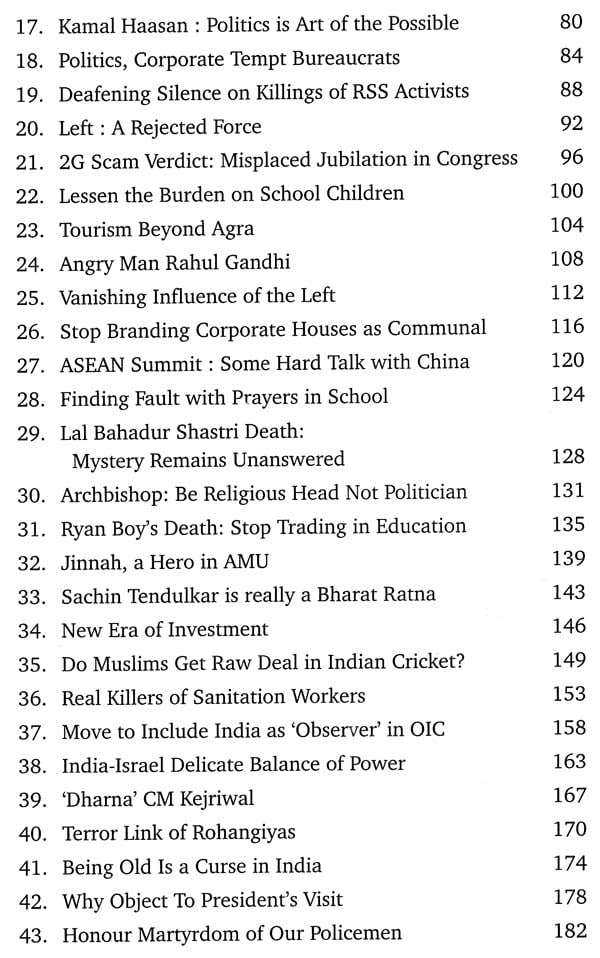 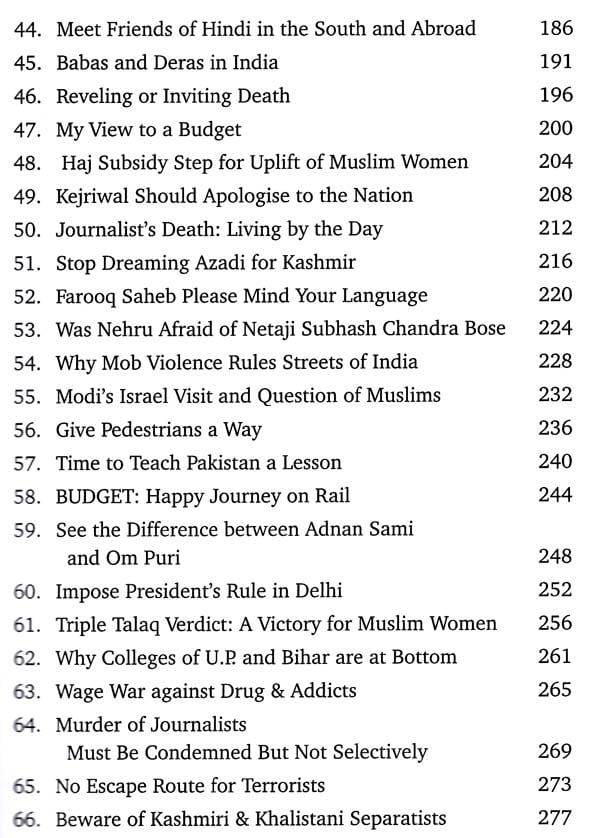 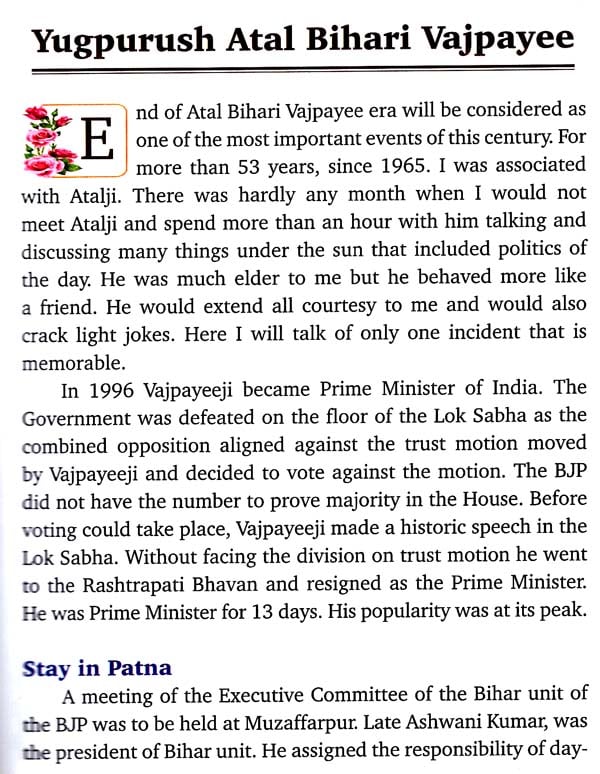 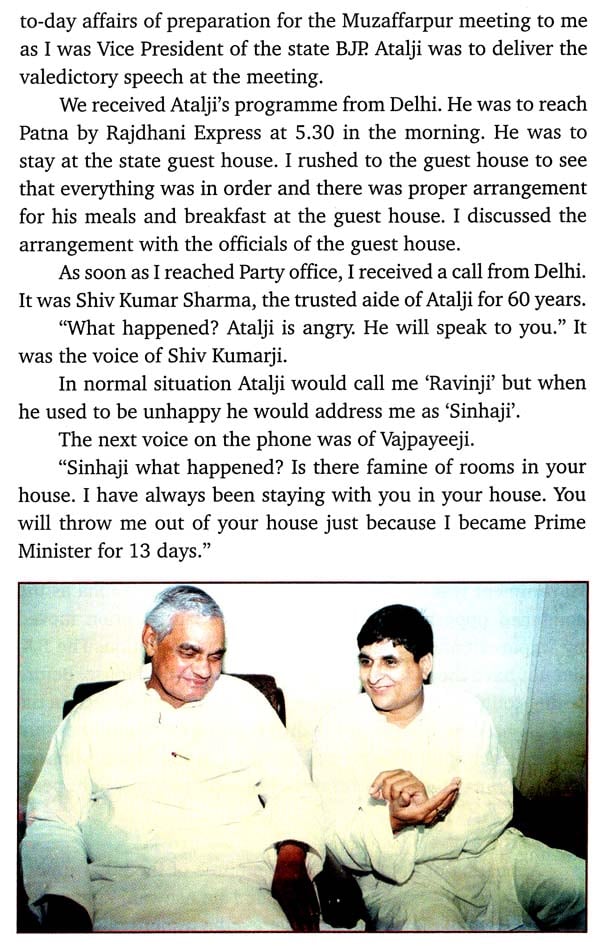 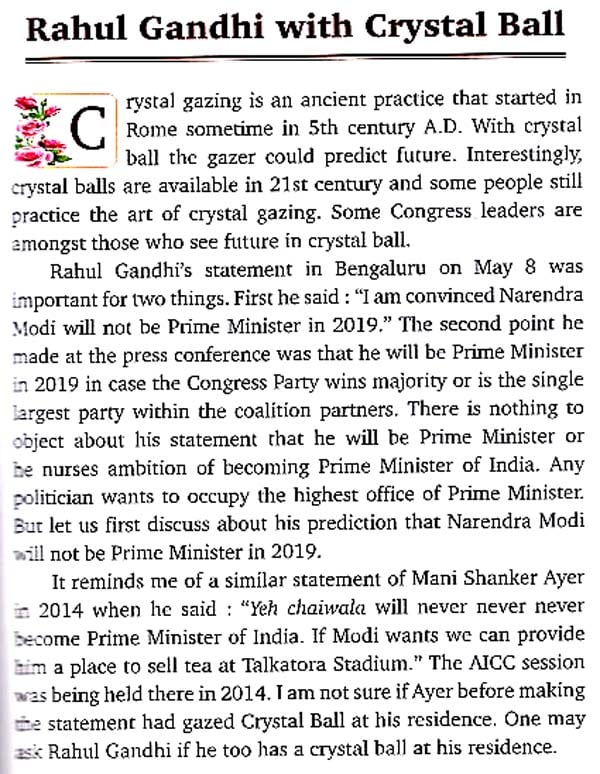 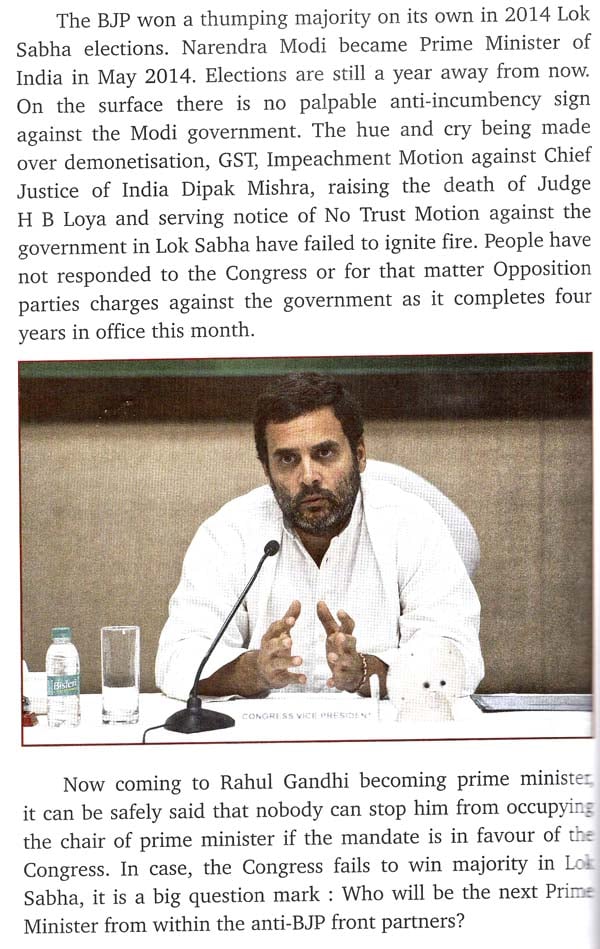 On Modi Time: Merits and Flaws of Hindu Activism in its Day of Incumbency
By Koenraad Elst
$29
Out of Stock Aksara (A Forgotten Chapter in The History of Indian Philosophy) (An Old Book)
By P.M. Modi
$39
FREE Delivery