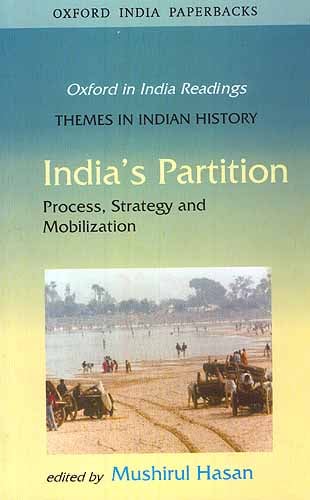 Michael Madhusudan Dutt (1824-73) is one of the greatest figures not just of Bengali but also of modern Indian literature. Ghulam Murshid's biography of Dutt is unique in that it provides, with ample evidence of tireless research, a fresh insight into the colourful yet tragic life of this intriguing writer and poet.

As a modern classicist, Dutt treated traditional mythological material in a manner that lay it open for generation to re-read and reinterpret: Meghnadbadh Kabya, the nine-book epic, is often regarded as his masterpiece. As a lyric poet, his poems about Radha and Krishna were a major advance, in feeling and form, on the medieval Bengali Vaishnav literary tradition. And, as a dramatist, he laid the foundations for modern Bengali tragedy and comedy. Dutt has also left behind a sequence of a hundred and tow sonnets composed in Bengali, and innumerable letters which he wrote in English, which throw open a window to nineteenth-century Calcutta.

Although other critical and biographical studies of Dutt's life have appeared in the past, most were based on hearsay and contained gaps in the biographical record, as well as textual flaws, especially in Dutt's English letters and the English poems he wrote before turning to Bengali. Ghulam Murshid is the first biographer to show the close relationship between the life and the works of Dutt.

This translation of Michael Madhusudan Dutt's biography will make his scholarship and insights more accessible to a wider circle of readers.

Ghulam Murshid is an established writer and an ex-professor of Bengali, Rajshahi University, Bangladesh. He currently lives in London.

Gopa Majumdar is a professional translator who has over 15 translations to her credit. Her translation of Bibhutibhushan Bandopadhyay's Aparajito was recently awarded a Sahitya Akademi prize.

The Illustrated History of the Freedom Struggle
By Veena Baswani
$62.25
FREE Delivery
$83  (25% off)

The Illustrated History of the Freedom Struggle
By Veena Baswani
$62.25
FREE Delivery
$83  (25% off)
Add a review
Have A Question