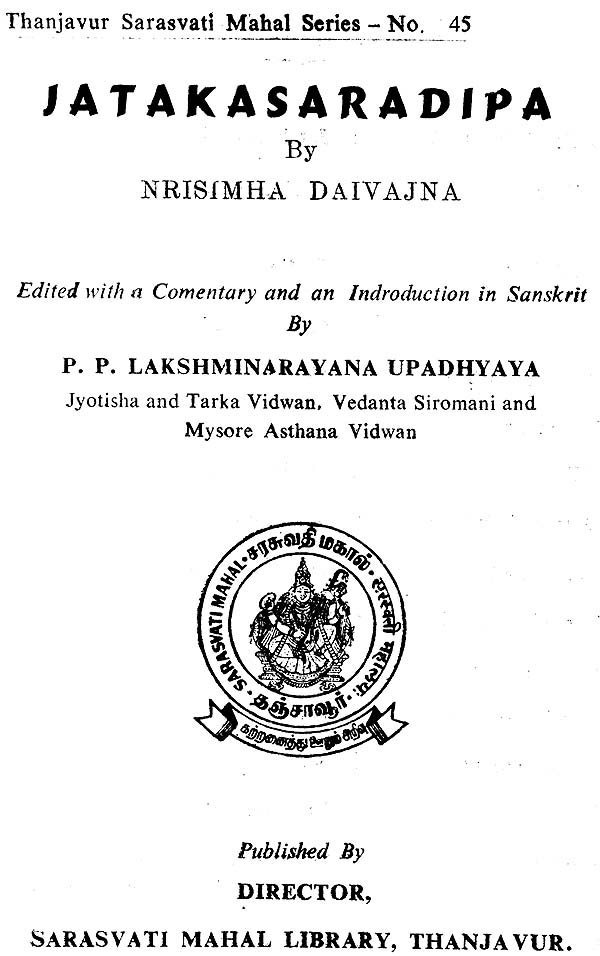 JATAKASARADIPA the present publication is the first work on Astrology published by the Saraswathi Mahal Library. Astrology Astronony form one of the most important sections of our Library and the number of rnanuscripts in the section is more than four hundred.

It is a remarkable fact that predictive science of which astrology is a branch, has a unique hold on the fancy of the cultured and uncultured alike including those who indulge in cheap sneer against it when they are in fashionable circles his universal hold on human mind must be ascribed to the unconquerable curiosity of man to tear the veil that hides the culture from his ken. It is George Eliot who has shown in her novelette, "the Lifted Veil" that, but for this veil man will thoroughly unhappy. None the less, every possible man that veil is welcomed by us all.

Like every other science in our country, the earliest texts on Astrology are the works of great seers and their origins is to be found in the calculation of time necessary for the performance of the sacrifices Iaid down in the Vedas. Thus Jayautisha as Astronomy-cum-Astrology is called, is the 4th out of the 6 Angas (subsidiary subjects) of the Vedas. The subject has been divided into 3 Skandhas or main branches, namely, Ganita' (Mathematical Astronony) 'Hora' (Horoscopy) and 'Samhita' (Miscellaneous knowledge): and all the tree branches have been systematically developed in Sanskrit texts, and the literature on the subject now covers many hundreds of books in Sanskrit and in other languages of our country.

Though the present work is more a compilation than an original treatise it has one merit, namely, that it is exhaustive. The author, Nrisimha appears to have lived in the 17th century and he has selected and gathered together all the texts, that he had found useful in practice from the large mass of texts available in his days. The publication of such an exhaustive treatise has been a felt need, and no apology is therefore needed for bringing out this publication. The work contains 93 chapters and deals completely with all aspects of prediction with reference to horoscope.

The manuscript in our Library, on which this edition is based is in a well-preserved condition; but the scribe's mistakes by way of omission and commission have been too many. The Editor, Sri Laxminarayana Upadeyaya, an eminent astrologer and erudite scholar, has devoted several month is to the correction of the texts and deserves our thanks for his labours The Editor has also contributed a fairly continuous commentary covering all difficulties and irreconcilable points in the text. He has to be specially thanked for his original contribution, as also for the fairly long introduction in Sanskrit discussing many interesting topics including rationale of the Science of Astrology.

Our thanks are due to the Government of Madras for their timely grants that have enabled us to publish this and other valuable manuscripts of our Library. 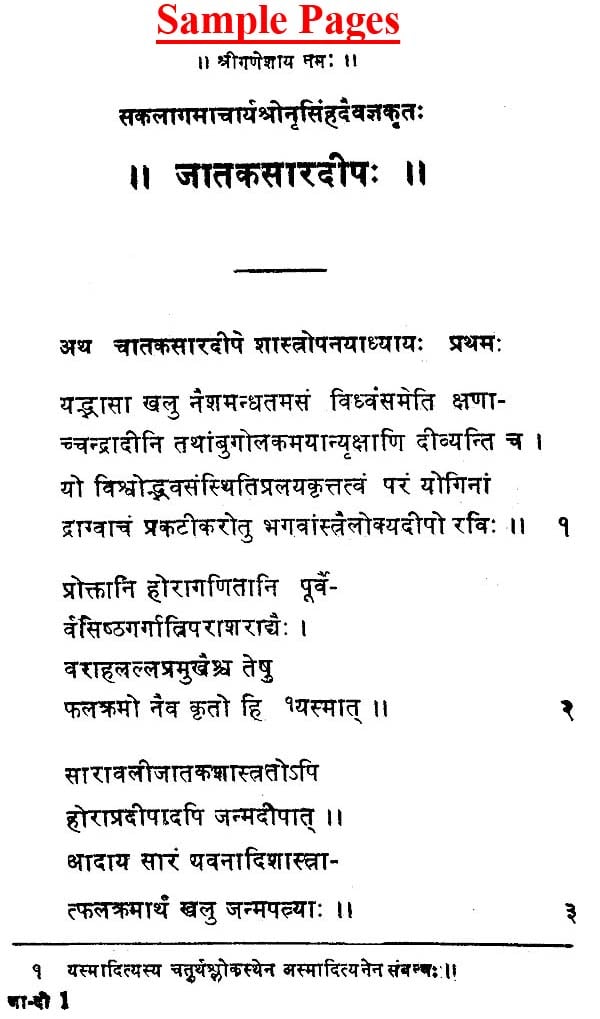 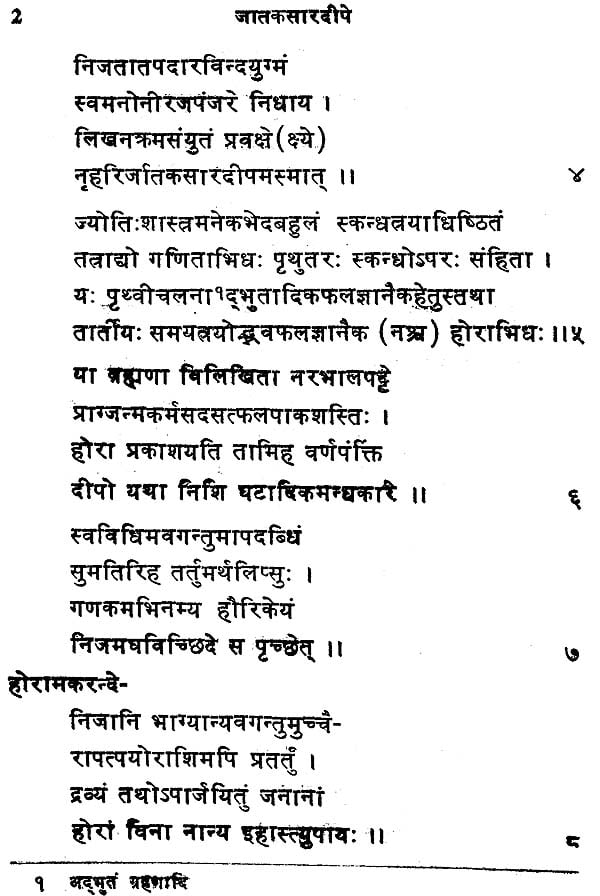 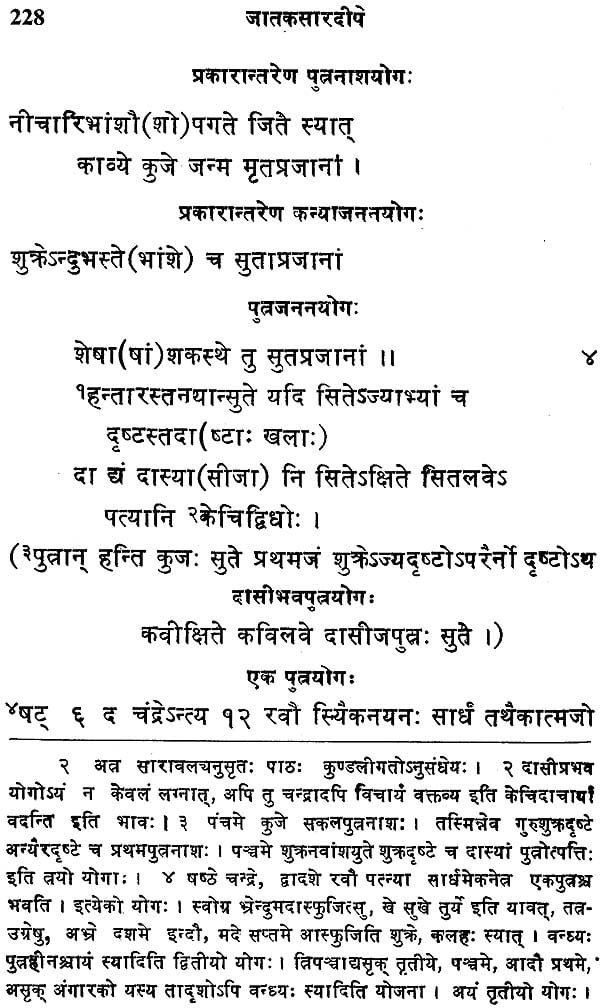 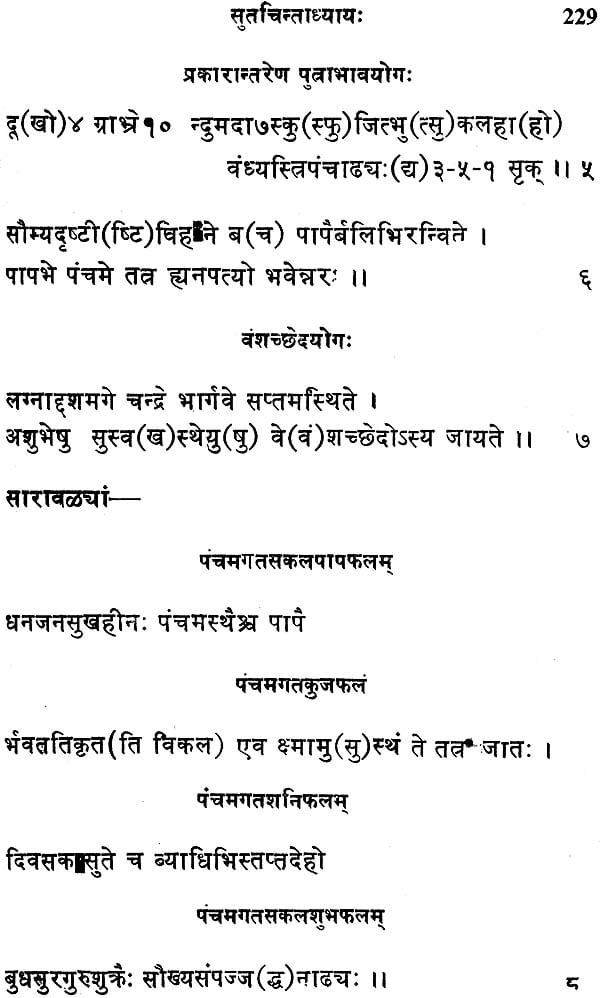 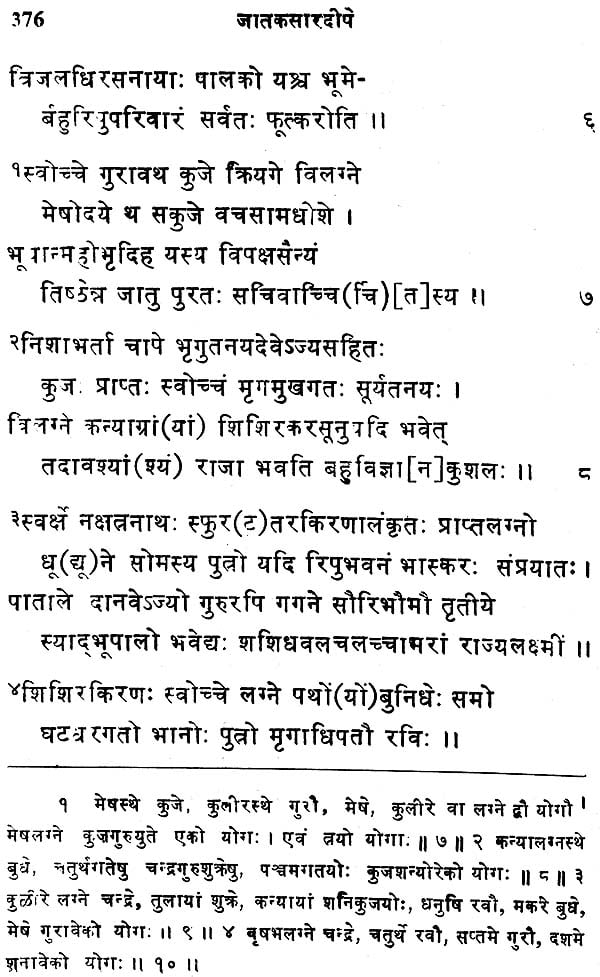 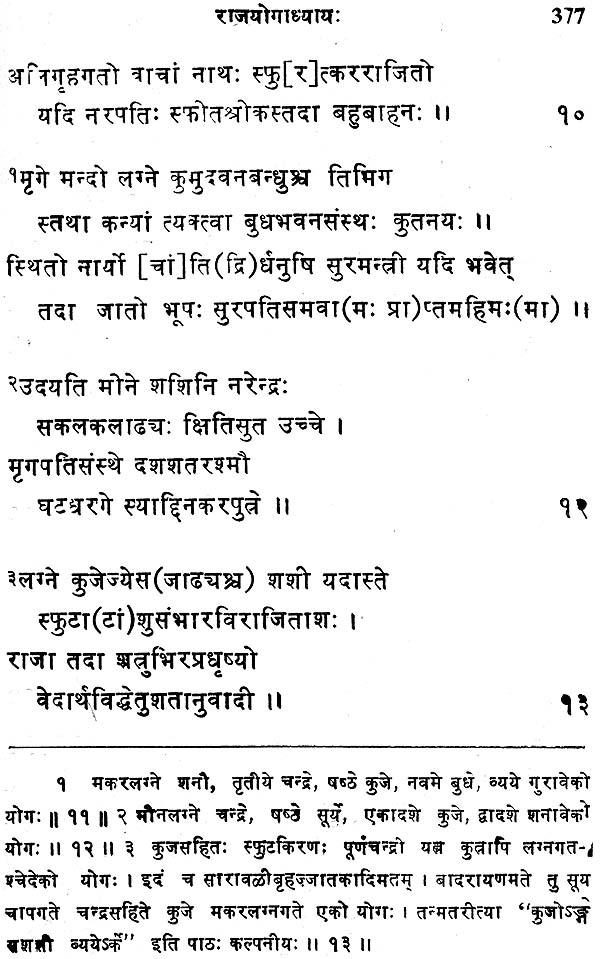 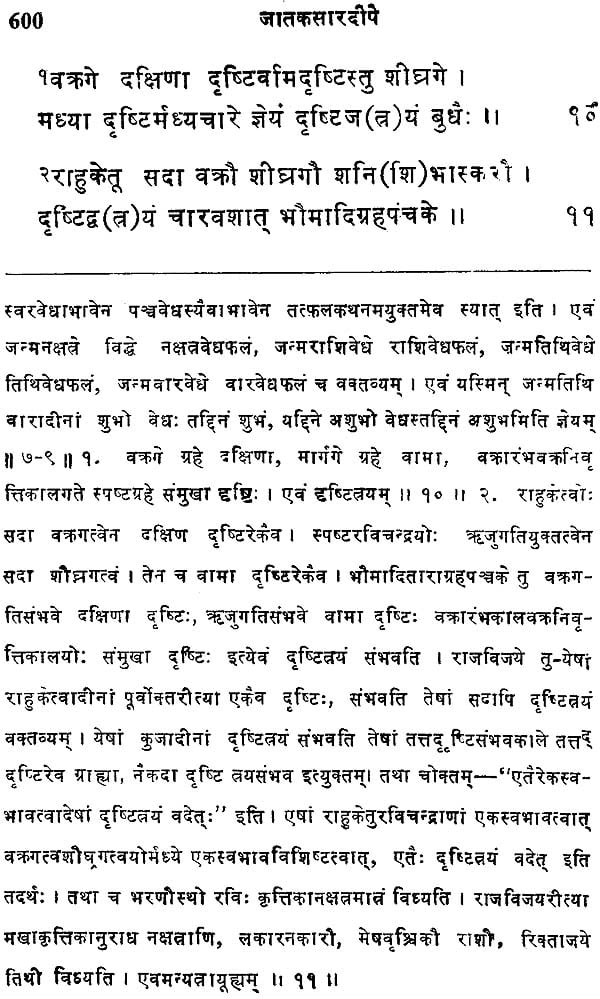 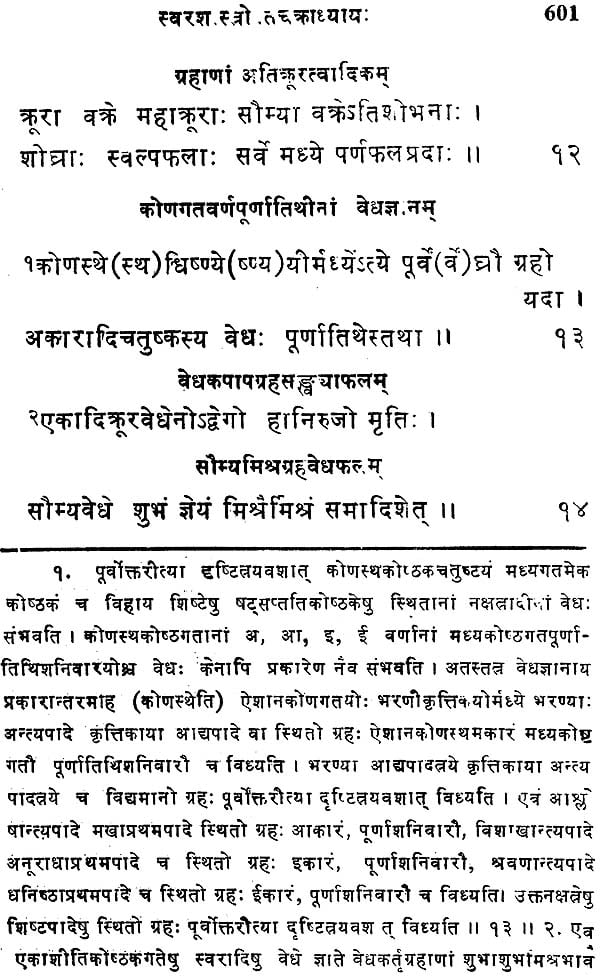