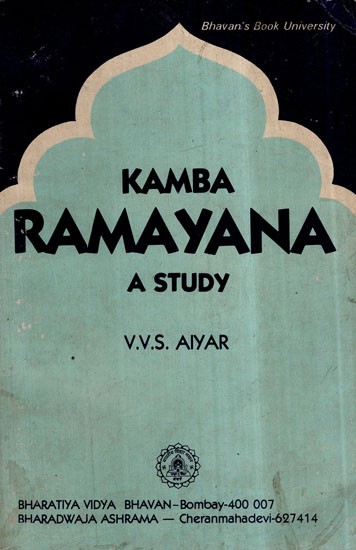 Varaganeri Venkatesa Subramanya Aiyar (born on 2nd April, 1881) passed the Matriculation when only twelve and took the B.A. degree at sixteen. Ten years later he proceeded to England where he qualified for the Bar but refused to take the oath of allegiance to the King before admission to it. A warrant was issued for his arrest but he evaded it by crossing over to France. Later, he reached Pondicherry.

The ten years which Aiyar spent in Pondicherry were packed with revolutionary activities of all kinds and literary work of a monumental nature. Master of nearly a dozen languages, Aiyar wrote in Tamil the biographies of Napoleon, Garibaldi, Mazzini and Rana Pratap Singh, and many short stories which were later collected under the title Mangayarkkarasiyin Kadal. He also translated the Kural into English and his translation is considered the best.

Mahatma Gandhi visited Pondicherry in 1917. Aiyar saw him, tried to convert him to terrorism but was converted by Gandhiji to Ahimsa. He gave up the revolver and took to the takli.

The general amnesty of 1920 found Aiyar in Madras as the editor of a Tamil newspaper. About two years later he was charged with sedition. The present book was written during the nine Months he spent in Bellary Jail.

After release, Aiyar had a swift tour of India and then settled down at the Cheranmahadevi Gurukul Ashram. Here, in June 1925, he came to an untimely death in trying to save his daughter from drowning. Writing on Aiyar's death, Gandhiji wrote: "The readers of Young India will share my regret over the death by drowning of Sjt. V. V. S. Aiyar I always regarded him as a fine, sincere and persevering servant of the nation."

Shri V. V. Subramanya Aiyar, popularly known as V. V. S. Aiyar (1881 -1925) was a greatly gifted person. He had a keen and clear intellect enshrined in a robust body. All through his life, he was a stranger to fear. Even in his teens, he became a versatile genius. When he stayed in London (1907-1910) for higher studies in Law, he sublimated into a devoted patriot of his Motherland. Having passed his Bar-at-Law examination in First Class, he was asked at the Convocation to take the customary "Oath of Allegiance to the King". Shri Aiyar categorically refused and inter alia stated: "I am the son of Mother India and shall never owe my allegiance to a foreign Monarch." This was a jolt to the British Government and because of this uncompromising attitude troubles haunted Shri Aiyar from the British regime all through his life. But he stood firm as a rock in his ideal till the very end.

Haunted by the British Scotlandyard for his revolutionary activities, he escaped from London to Pondicherry masquerading successively as a Sikh, Parsee and Muslim. Shri Aiyar's life at Pondicherry for 10 years (1910-1920) was full of thrilling incidents and exploits and not the least marked with enduring literary works of a very high order.

Shri V.V.S. Aiyar started the Bharadwaja Ashrama at Cheranmahadevi of. Tirunelveli District of Madras State in 1923, with the object of training bands of youth on spiritual lines to serve the Motherland with selfless devotion. While this Ashrama was blossoming with all promises of success in its objective, the Founder met his tragic end in 1925 while trying in vain to save his daughter from drowning in the Kalyana Theertham Falls of the river Tamraparani. His untimely death was an irreparable loss to the country. After his demise the Ashrama dragged on an. unenviable existence, oscillating between dormancy and stagnation. Shri Ramakrishna Tapovanam, Tirupparaitturai, Tiruchirapalli District, took up its management in 1970 and since then it got rejuvenated and is now beaming with life, almost as vibrant as during the Founder's life-time.

The Ashrama celebrated the Centenary of Shri V.V.S. Aiyar between April, 1981 and April, 1982. As one of the schemes for the centenary, it was decided to take up the publication of two of Shri Aiyar's monumental literary works, viz., his English version of Tirukkural (1914) and his English Kamba Ramayana - A Study (1921), these two being the foremost gems of Tamil literature. Dr. V.V.S. Krishnamurthy, son of Shri V.V.S. Aiyar, agreed to the publication of his father's Tirukkural by the Ashrama and it is gaining increasing popularity day-by-day.

When Shri Aiyar wrote his Magnum Opus - the English Kamba Ramayana - A Study, he decided to take up the character Sita as the very last chapter and pinnacle of his masterly treatise. But even before he could write a single word on Sita, he passed away and it was provisionally completed for its First Edition by the Delhi Tamil Sangam in 1950.

The Bharadwaja Ashrama desiring a different write-up on Sita made an approach to the Bhavan in this regard. The suggestion was agreed upon and it was decided that the future and further editions of Shri Aiyar's Kamba Ramayana will be in the joint names of Bharatiya Vidya Bhavan and Shri Bharadwaja Ashrama.

It is really a wonder how in his hectic momentous life, standing on the tip of toes all the time facing the constant harassment of the British Government, Shri Aiyar could produce such marvellous and enduring literary works both in English and Tamil.

The Bharadwaja Ashrama is proud of its Founder and so is our blessed Bharat. 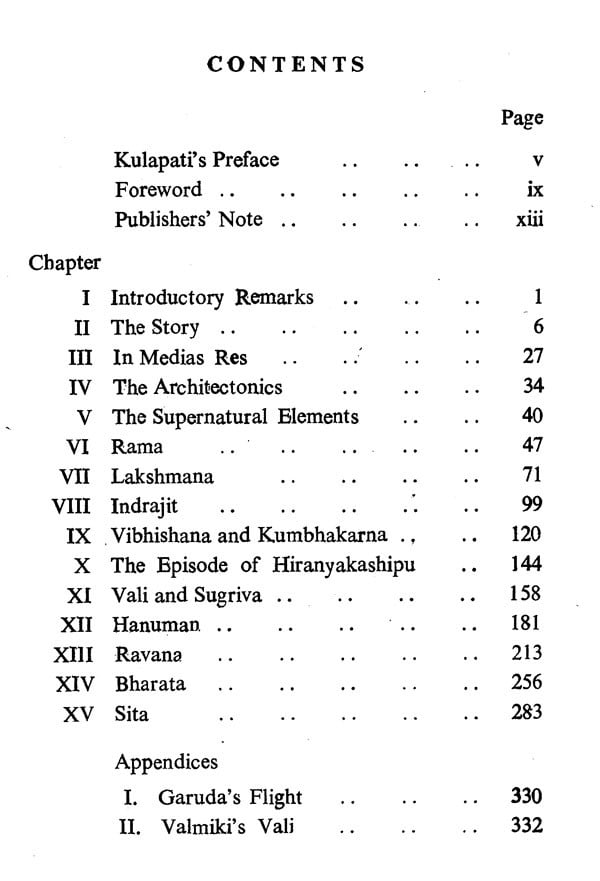 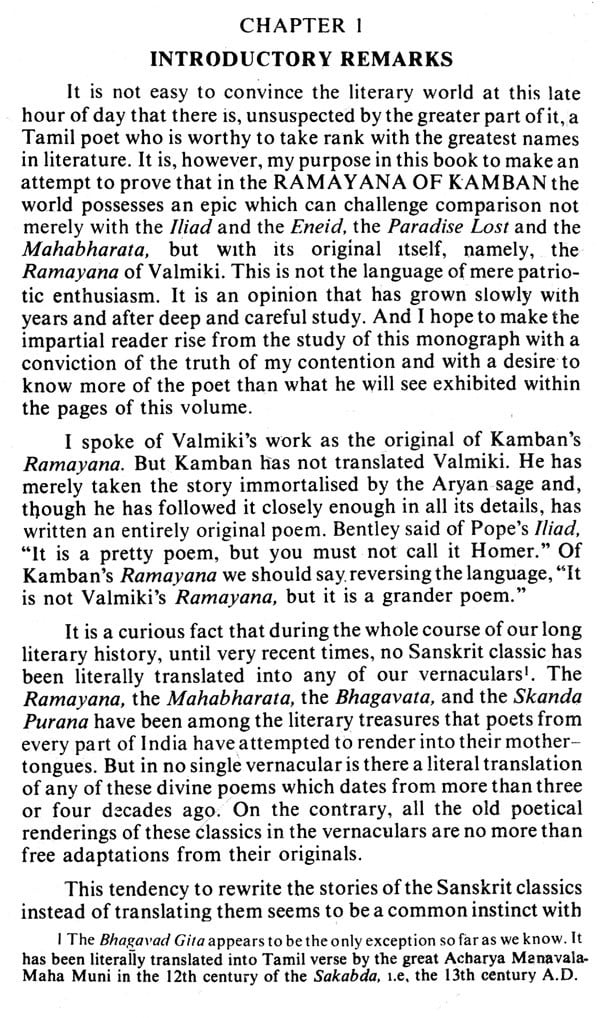 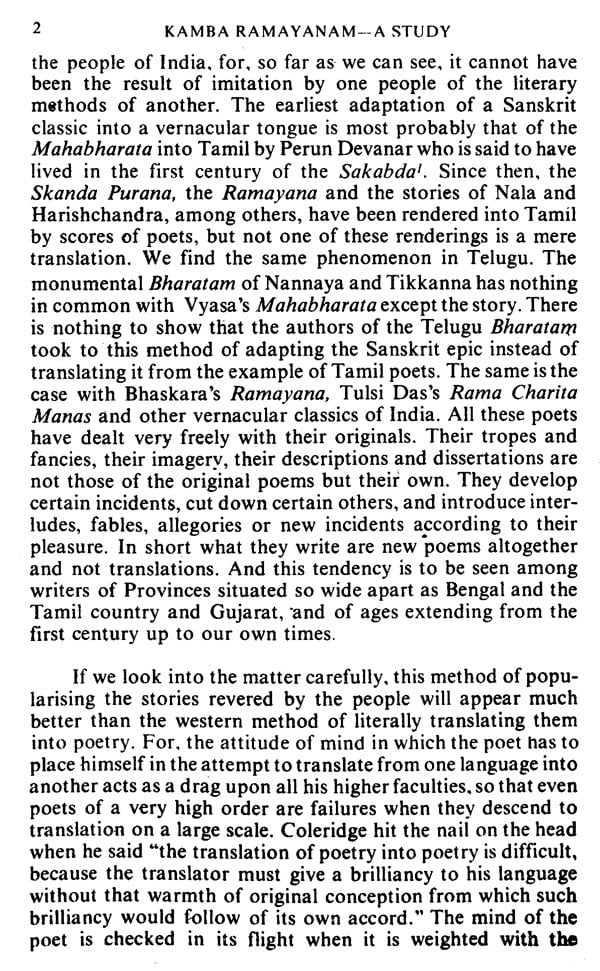 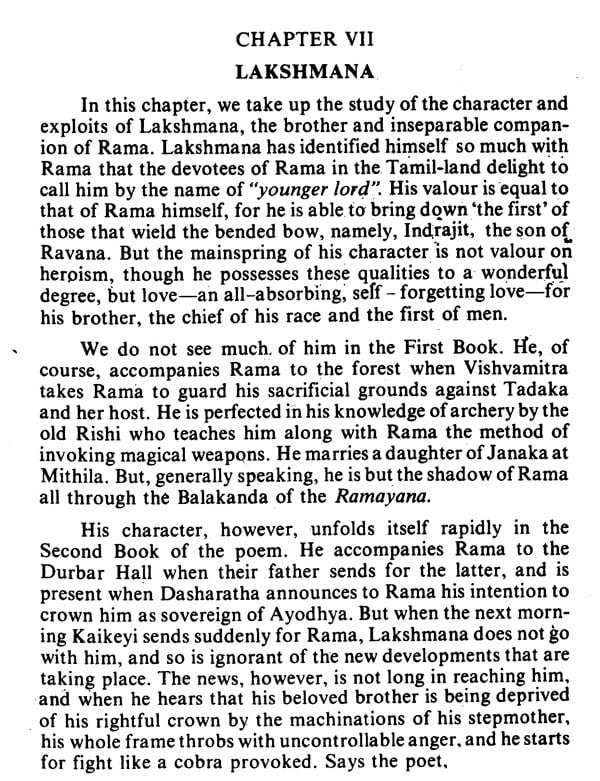 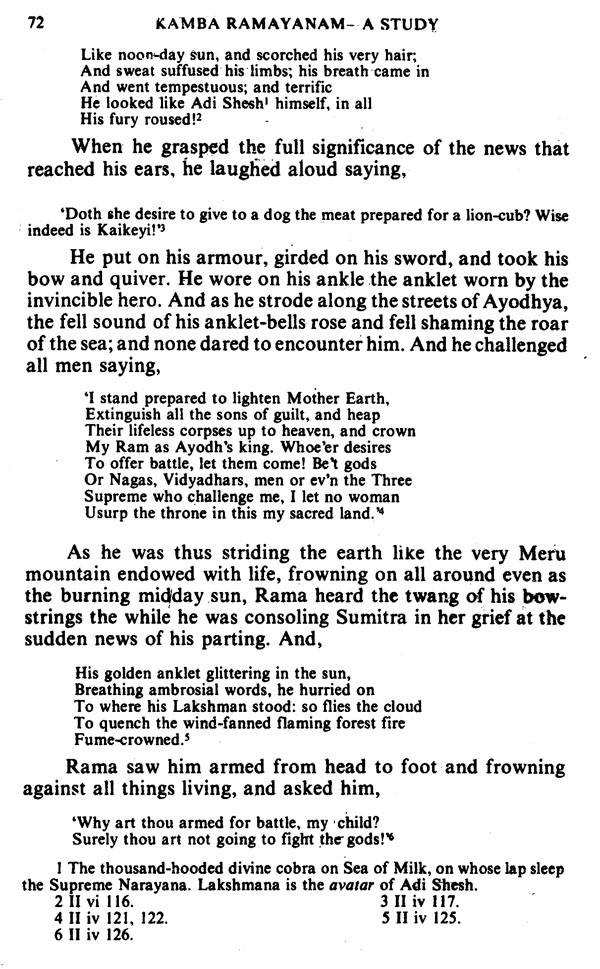 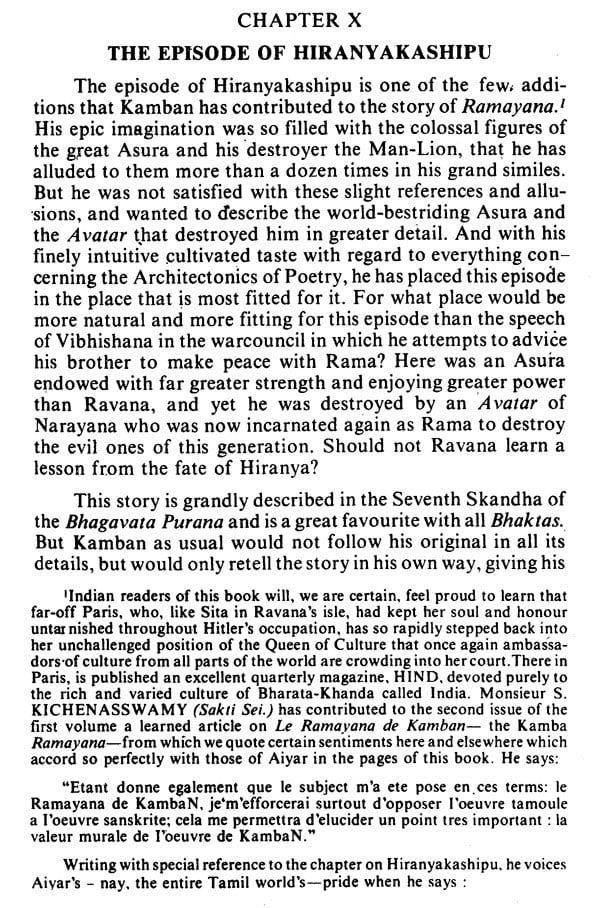 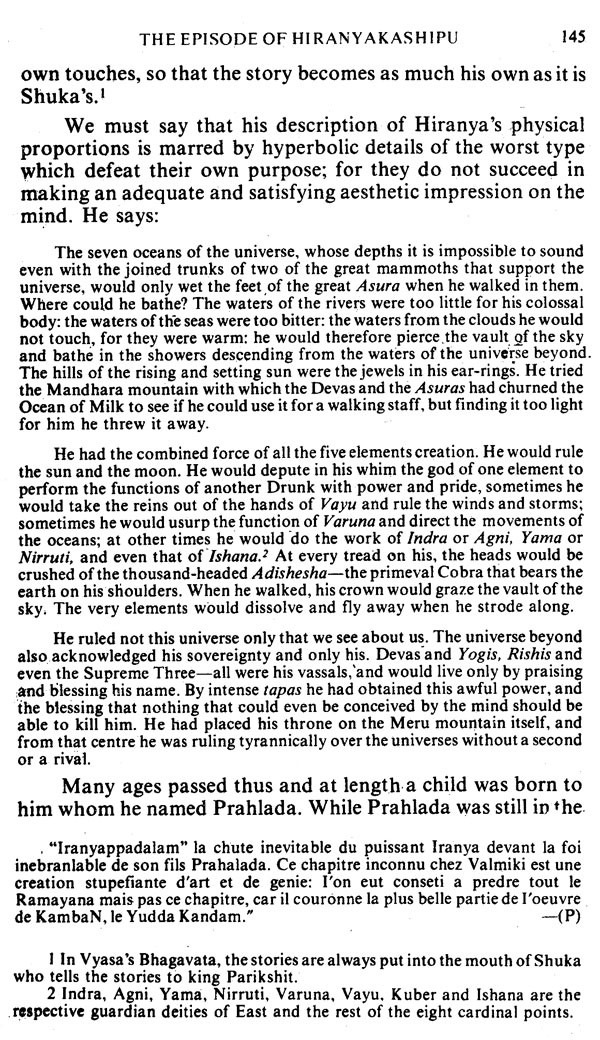 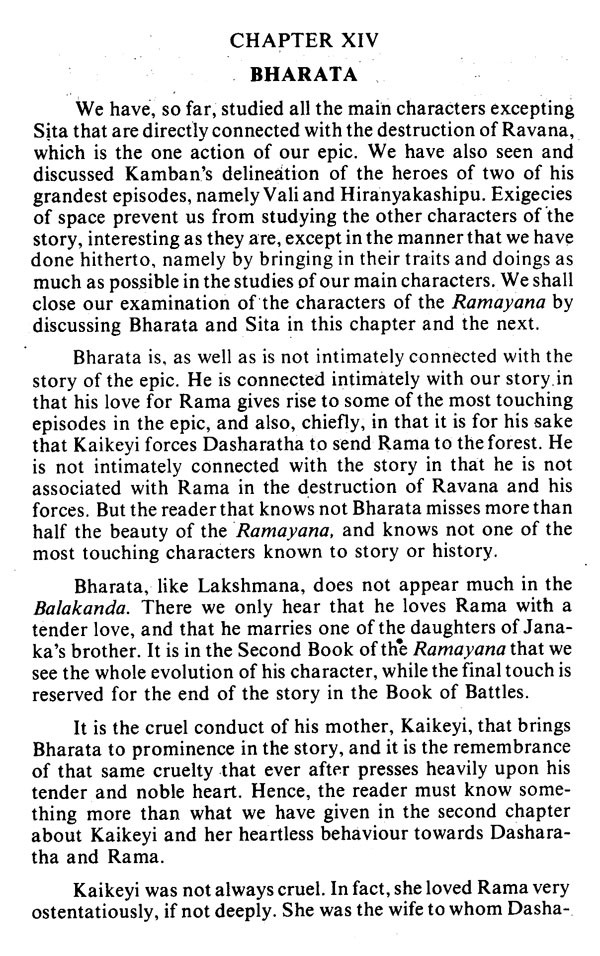 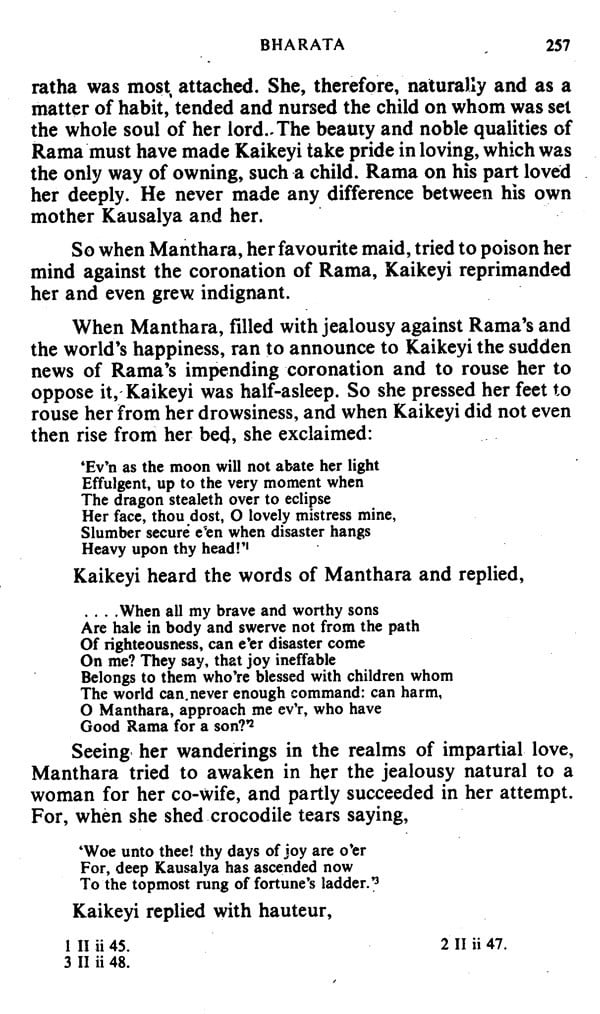