Links in The Chain

A collection of eleven incisive and insightful essays on the plight of the Indian woman written by the celebrated Hindi poet Mahadevi Varma, recipient of the Padma Bhushan and Bharatiya Jnanpith Award. Priestess of the Chhayavadi School of poetry, Mahadevi Varma was also a prose writer par excellence. Translated by Neera Kuckreja Sohoni, these essays examine the inequitable situation of the Indian woman from various perspectives and cover several parameters of the Indian woman’s status ranging from the cultural and historical to the economic, civic, educational and legal. Written in the 1930s, they continue to be relevant even in the modern context.

“To what extent the present essays will inspire the reader to reflect further is impossible for me to say. But if the blurred outline of the Indian woman’s frightful conditions becomes somewhat clear in the light of these essays, compiling them will not then have been in vain.” - Mahadevi Varma

In moments of introspection, I have always liked to write prose because it provides enough space to analyze not only my own sensibility but also the external conditions. My first sociological essay was written when I was a student in the seventh grade. Thus, my acquaintance with life’s reality is nothing new.

The present collection carries some of those essays in which I have tried to view the inequitable situation of the Indian woman from various perspectives. I am by nature intolerant of injustice. It is therefore natural that these essays should reek of radicalism. But I have never believed in destruction for the sake of destruction. On the contrary, I am dedicated to those bright sources of constructive creativity in whose shining presence any distortion disappears like darkness. Until natural form manifests itself, to engage one’s energies in destroying what is unnatural is like attempting to turn darkness into light by repeatedly washing it with milk. In fact darkness itself is nothing other than absence of light. That is why even the tiniest of lamps is able to destroy its density.

The day the Indian woman awakens with the full force of her being, it will not be possible for anyone to stop her from marching forward. As regard to her rights, the fact is that they have not been nor ever will be secured through begging simply because they are not objects of exchange. An individual’s rights are determined by the contribution made by that individual to society and its development. Our rights too will be dependent on our strength and wisdom. This statement may not sound very practical but its empirical use will prove its undoubted veracity. Many a times, without paying attention to changing the woman’s external circumstances I have succeeded in bringing about an equilibrium to her situation by simply rousing her inner strengths. The solution to a problem lies in the knowledge of that problem. And that knowledge expects a seeker. It follows therefore that one desirous of attaining rights should also possess them. Generally it is this particular characteristic that will be found lacking in the Indian woman. At times one detects common piteousness in her and at others uncommon rebelliousness, but equilibrium is unknown to her life.

To what extent the present essays will inspire the reader to reflect further is impossible for me to say. But if the blurred outline of the Indian woman’s frightful conditions becomes somewhat clear in the light of these essays, compiling them will not then have been in vain. 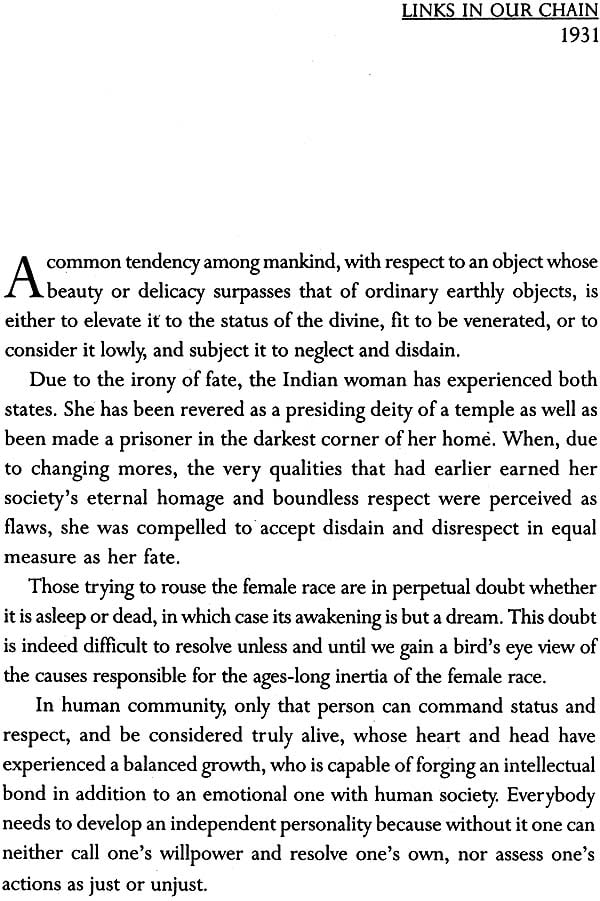 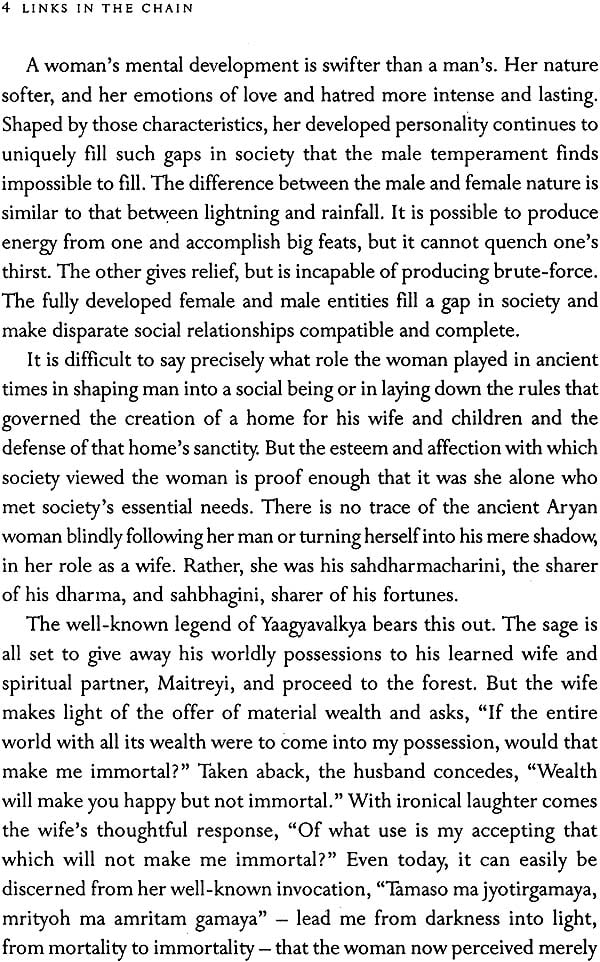 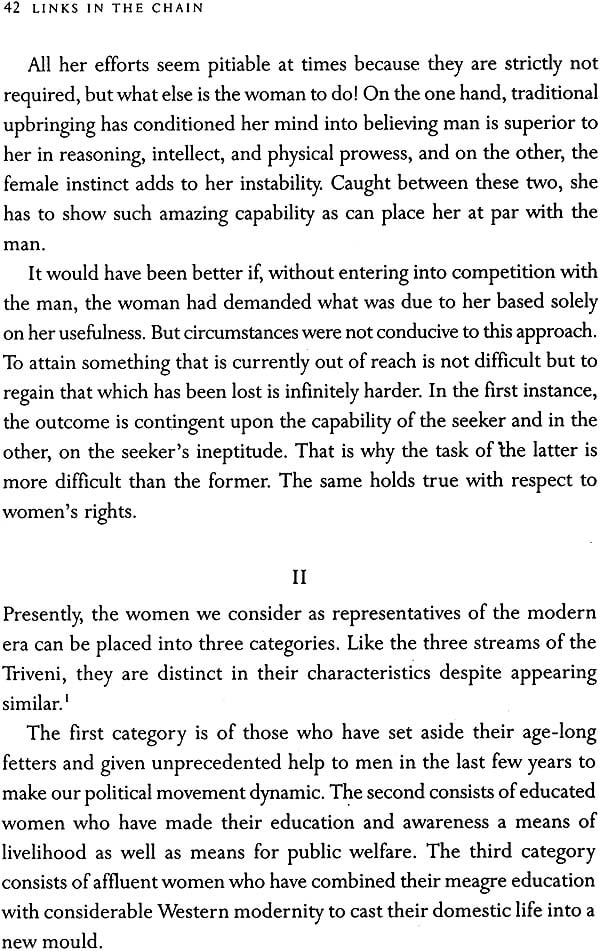 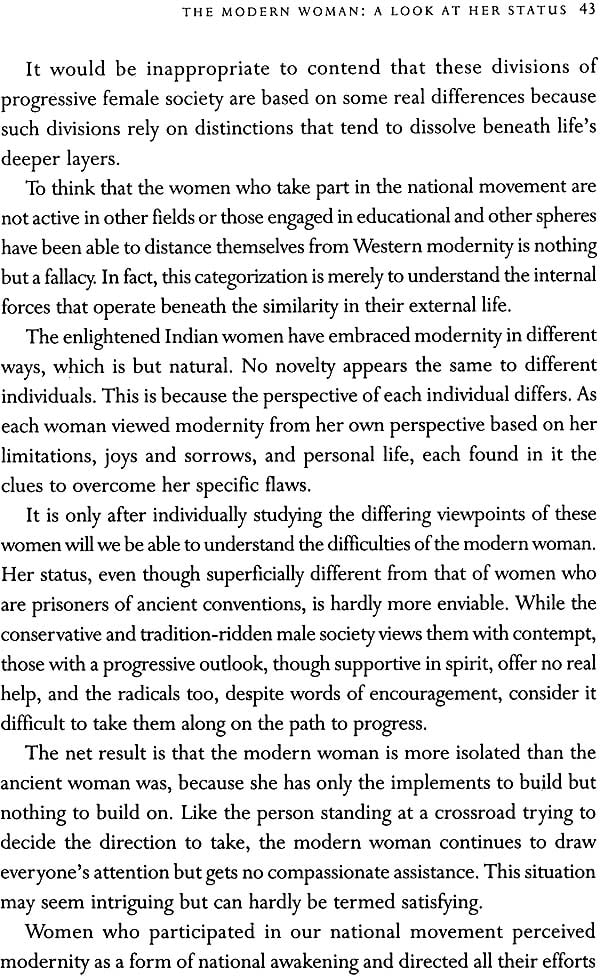 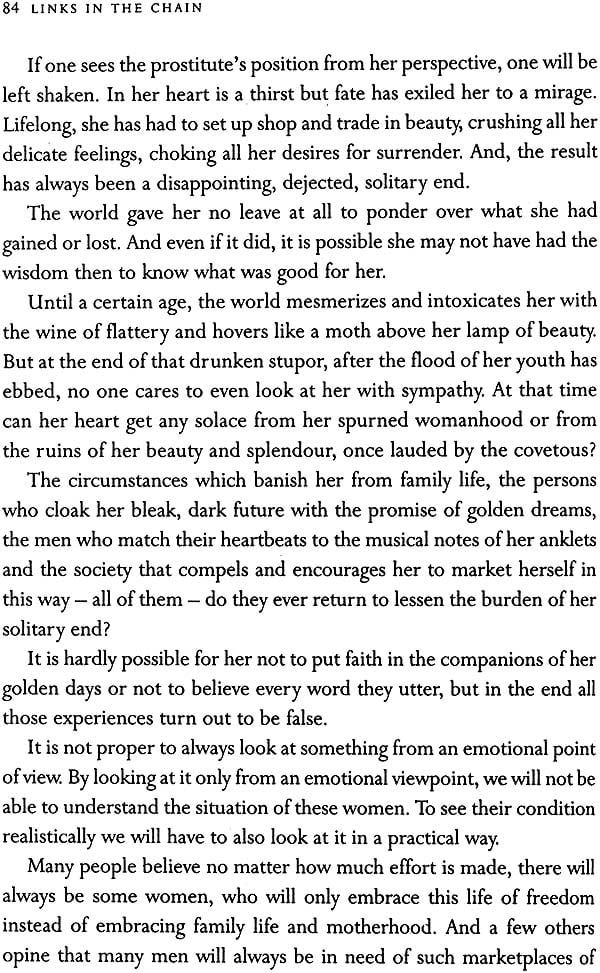 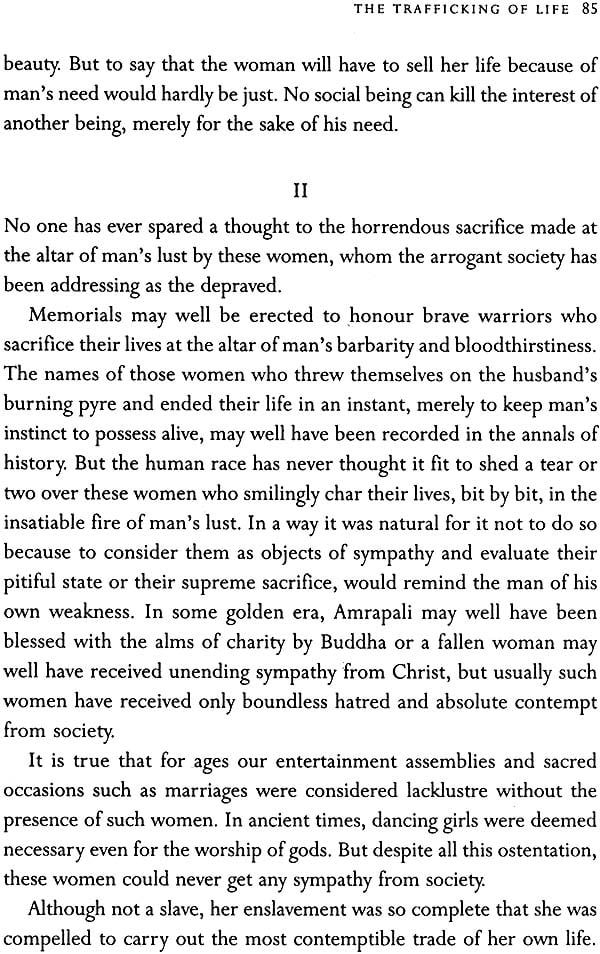 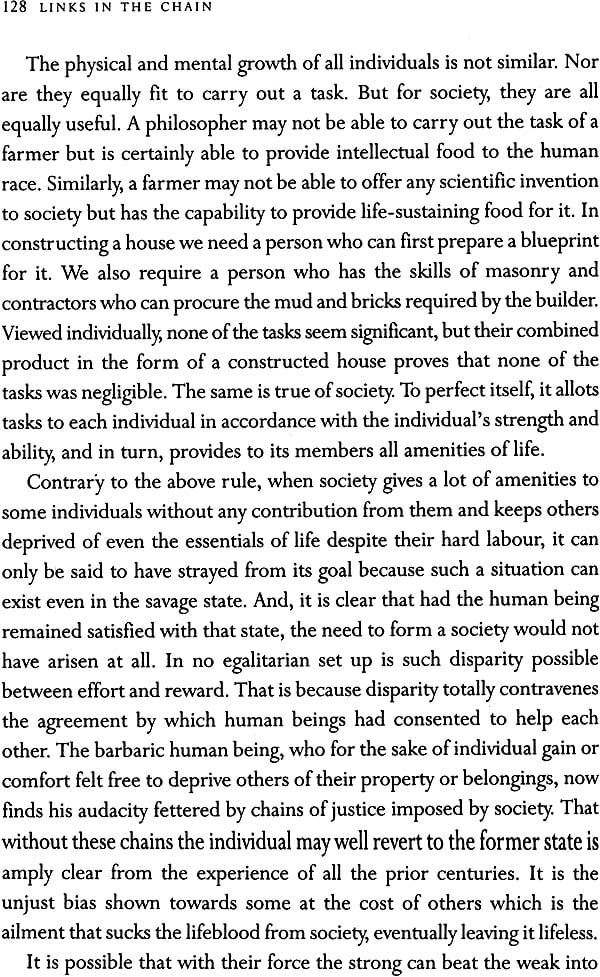 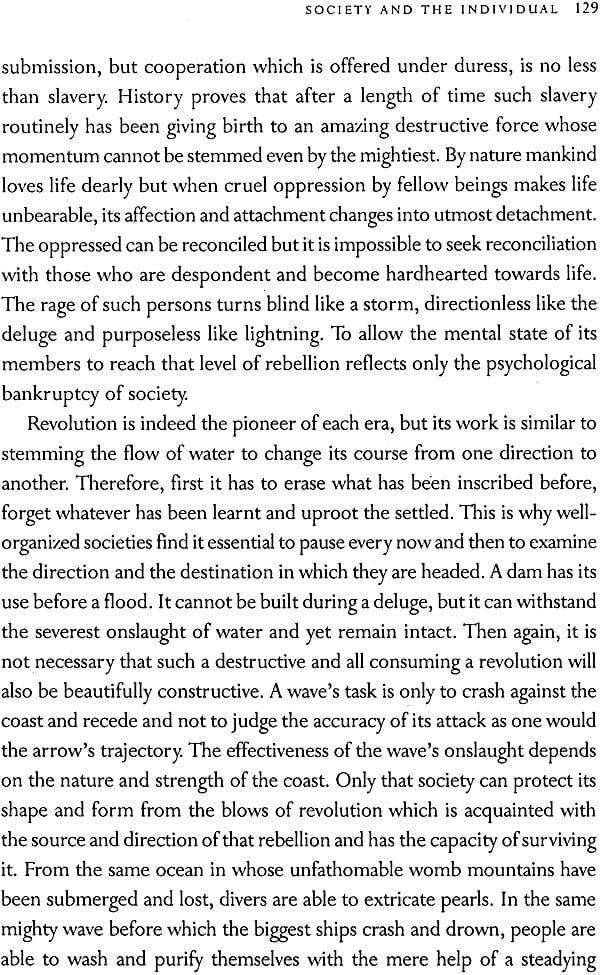