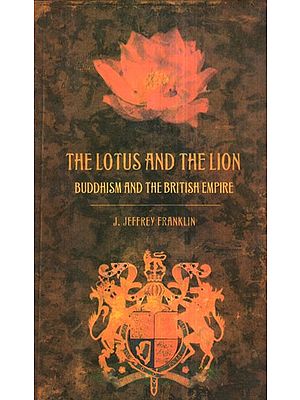 The Lotus and The Lion (Buddhism and The British Empire)

Buddhism is indisputably gaining prominence in the West, as is evidenced by the growth of Buddhist practice within many traditions and keen interest in meditation and mindfulness.

Buddhism is indisputably gaining prominence in the West, as is evidenced by the growth of Buddhist practice within many traditions and keen interest in meditation and mindfulness. In The Lotus and the Lion, the author traces the historical and cultural origins of Western Buddhism, showing that the British Empire was a primary engine for curiosity about and then engagement with the Buddhisms that the British encountered in India and elsewhere in Asia. Victoria and Edwardian England witnessed the emergence of comparative religious scholarship with a focus on Buddhism, the appearance of Buddhist characters and concepts in literary works, the publication of hundreds of articles on Buddhism in popular and intellectual periodicals, and the dawning of syncretic religions that incorporated elements derived from Buddhism.

In this fascinating book, the author analyzes responses to and constructions of Buddhism by popular novelists and poets, early scholars of religion, inventors of new religions, social theorists and philosophers, and a host of social and religious commentators. Examining the work of figures ranging from Rudyard Kipling and D.H. Lawrence to H.P. Blavatsky, Thomas Henry Huxley, and F. Max Müller, Franklin provides insight into cultural upheavals that continue to reverberate into our own time. Those include the violent intermixing of cultures brought about by imperialism and colonial occupation, the trauma and slf-reflection that occur when a Christian culture comes face to face with another religion, and the debate between spiritualism and materialism. The Lotus and the Lion demonstrates that the nineteenth-century encounter with Buddhism subtly but profoundly changed Western civilization forever.

J.Jeffrey Franklin iş Associate Professor of English at the University of Colorado, Denver. He is also the author of Serious Play: The Cultural Form of the Nineteenthcentury Realist Novel and For the Lost Boys.

The idea for this book grew out of a simple observation in my reading of British literature from the second half of the nineteenth century. I kept en- x countering signs of Buddhism, signs that generations of critics seemed to have ignored or had read generically as signs of “the Orient” rather than specifically as evidence of the presence of Buddhism in Victorian culture. In the writings of mid century, Buddhism appeared only in passing reference. For instance, in Elizabeth Gaskell's 1851 novel Cranford, the ladies of the town mistake Peter Jenkyns, returning tanned and caftaned from India, for “the great Lama of Thibet” (111). How, I wondered, did Gaskell, whose life and writing revolved around provincial and industrial England, know there was such a person as the Dalai Lama of Tibet? As the century progressed, however, allusions to Buddhism became more visible and more significant in works of literature. Writers of romance novels, especially, began to employ the Hindu and Buddhist concepts of karma and reincarnation. H. Rider Haggard's best-selling romanceadventure She (1887) hinges on a particular understanding of reincarnation, and its sequel, Ayesha: The Return of “She” (1905), carries the action into the Himalayas and a Tibetan monastery there. What sources was Haggard drawing upon in his conception of reincarnation, or in his depictions of the ceremonies of a Tibetan monastery?

A series of other discoveries—some small, some revelatory—spurred my further interest. Having been guided to Victorian Buddhism first by works of literature, I then discovered what any professional religious studies scholar knows: that the discipline of comparative religion took shape in the nineteenth century; that it generated a substantial body of translations, analyses, and commentary, both scholarly and popular; and that its predominant object of study was Buddhism. Looking then at the periodical literature, I found hundreds of journal and newspaper articles published in the nineteenth century about Buddhism. Further, the number of articles increased significantly on a decadeby-decade basis between 1850 and 1900. A survey of them revealed a wide diversity of interests and concerns. Among them were reports of discovered manuscripts by East India Company officials, translations by newly created university chairs of Sanskrit, archeological surveys of ancient Buddhist holy sites in India, and travelogues of visits to Buddhist temples in Japan, Tibet, Siam (now Thailand), and China. There were articles on native religion by Methodist missionaries in Ceylon (now Sri Lanka), denouncements of Buddhist atheism by Catholic priests in Dublin, and anti-Catholic comparisons of Catholicism to Tibetan “Lamaism” by members of the Church of England. Many articles summarized the life of the Buddha, while others retold the folkloric Jataka tales about his past lives, birth, and childhood. Commentators summarized, with varying degrees of knowledge and sympathy, central doctrines like karma and reincarnation, and not a few addressed a topic of pointed concern: the perceived compatibility of the Dharma with Darwinian evolutionary theory. Later in the century, there were book reviews of recent scholarship on Buddhism, studies of medieval pilgrimage narratives of Chinese monks to India, and polemics by members of the Theosophical Society claiming Buddhism as their precedent. Even some defenses of Buddhism were penned by those who felt it had been unjustly attacked or who saw it as a viable alternative in an age of doubt. Nothing in a decade of doctoral studies, followed by research for my first book, had given me the slightest inkling that the intellectual and popular cultures of the time had been so steeped in Buddhism.

In the family temple [of the magistrate of Kolang, Tibet], in addition to the usual life-size images of Buddha and the Triad, there was a female divinity, carved at Jallandhur in India, copied from a statue representing Queen Victoria in her younger days—a very fittings Barestat possession for the highest government official in Lahul.

Should I be considered too bold if I were to go one step farther and suggest that there are really some points in the philosophy of the East, and especially of India, which are fated sooner or later to find their place in, and to exercise a not inconsiderable d influence over, the thought of Western nations?

The European “Discovery” of Buddhism

It would not be inaccurate to say that Buddhism did not exist in the West until near the beginning of the Victorian period (1837–1901), despite the fact that it had existed for over 2,400 years and was being practiced at that moment by millions of people throughout Southeast Asia, Tibet, China, and Japan. Prior to the early nineteenth century, few Europeans had heard of Buddhism at all, and the few who had heard of it pictured the Buddha as a minor Hindu deity or a celestial sun god in the pantheon of the “exotic Orient.” Of course, Eastern thought long had trickled back toward the seats of Western empires along the same routes used for silk, tea, and opium, but serious engagement with that thought only began in the late eighteenth century with the first translations of the Bhagavad-Gita into French, German, and English. Systematic study of Eastern sacred texts did not begin in Europe until around the 1820s, when collection and translation of ancient Buddhist manuscripts commenced. One of the earliest Western studies to focus exclusively on Buddhism was Edward Upham's The History and Doctrine of Buddhism, published in 1829. Only in subsequent decades did “the term “Buddha' ('Buddoo’, ‘Bouddha', ‘Boudhou', etc.)” begin to “gain currency" in common English usage (Almond 7). As late as the 1860s, but rapidly at that point, Buddhism “hit” Europe in general and England in particular, becoming a widespread topic both in the scholarly and popular literatures that peaked in London's “Buddhism-steeped Nineties” (Caracciolo 30). 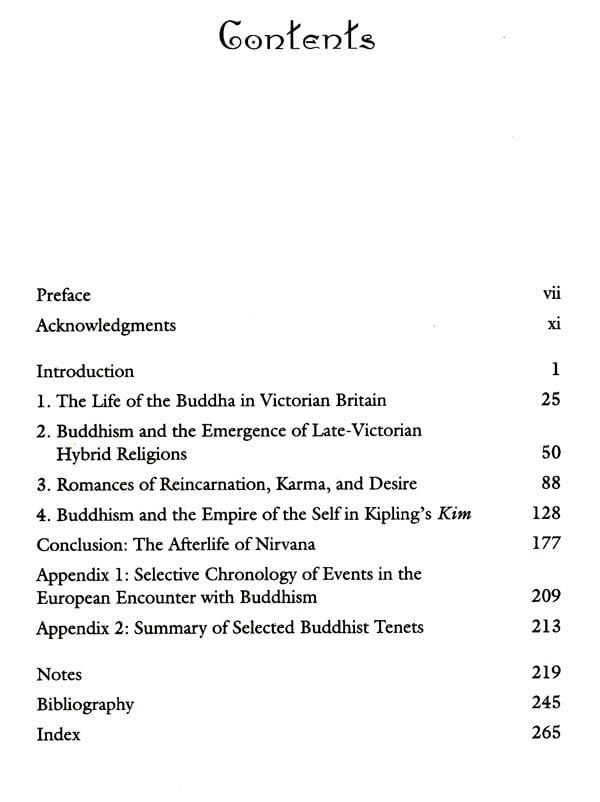 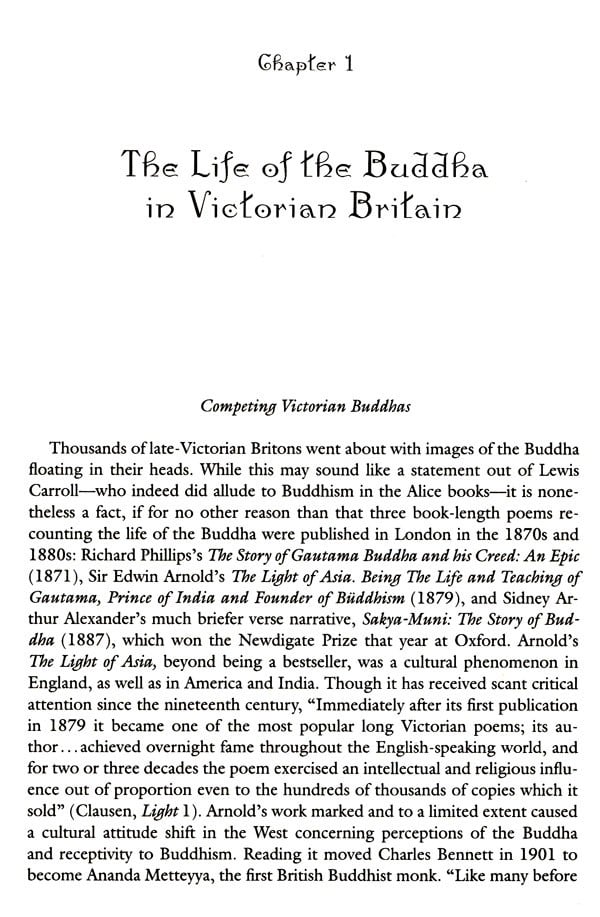 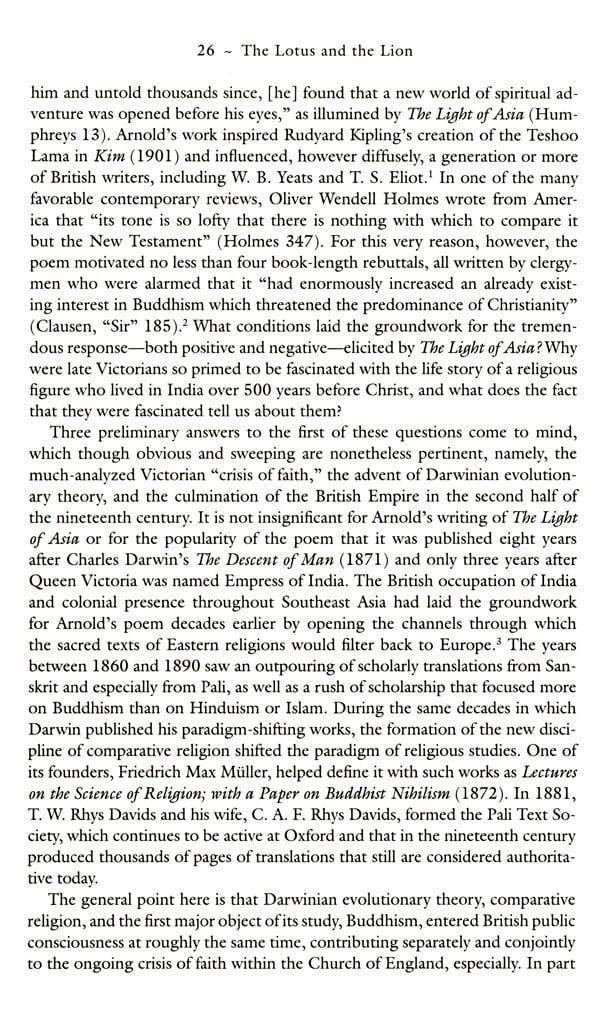 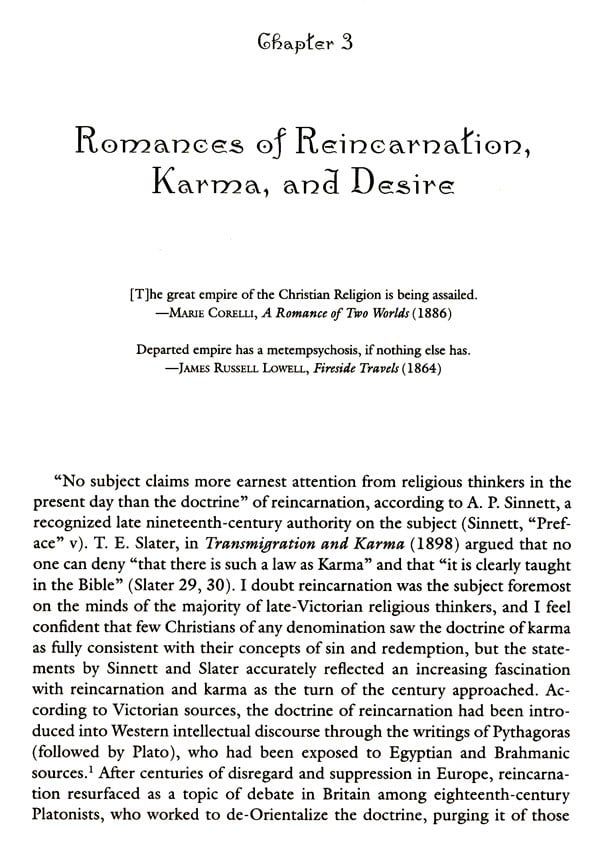 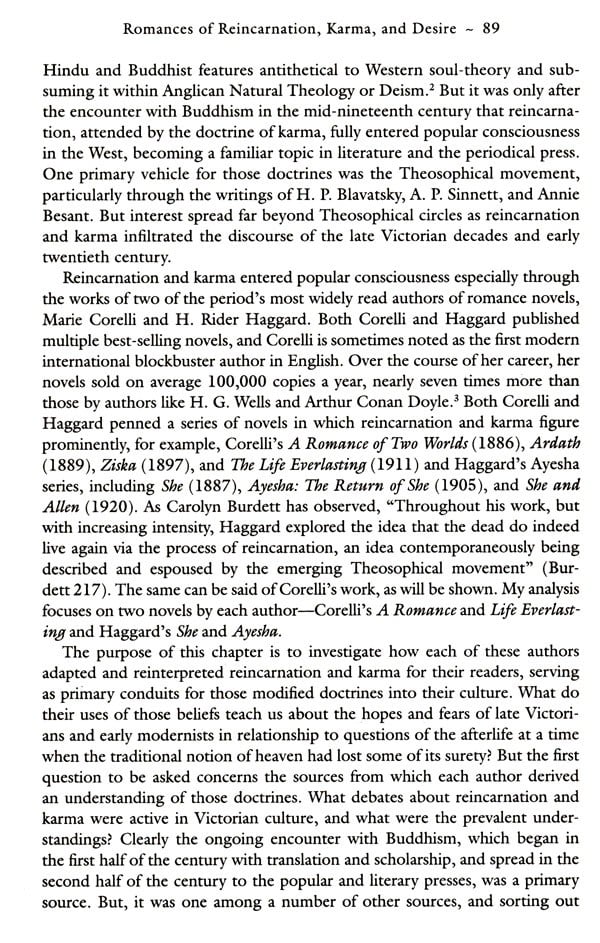 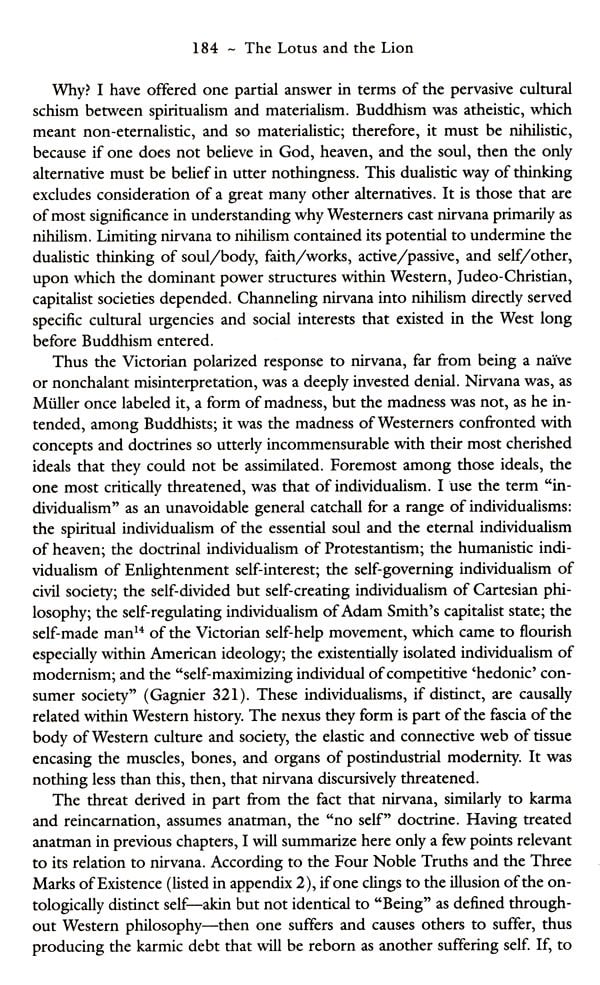 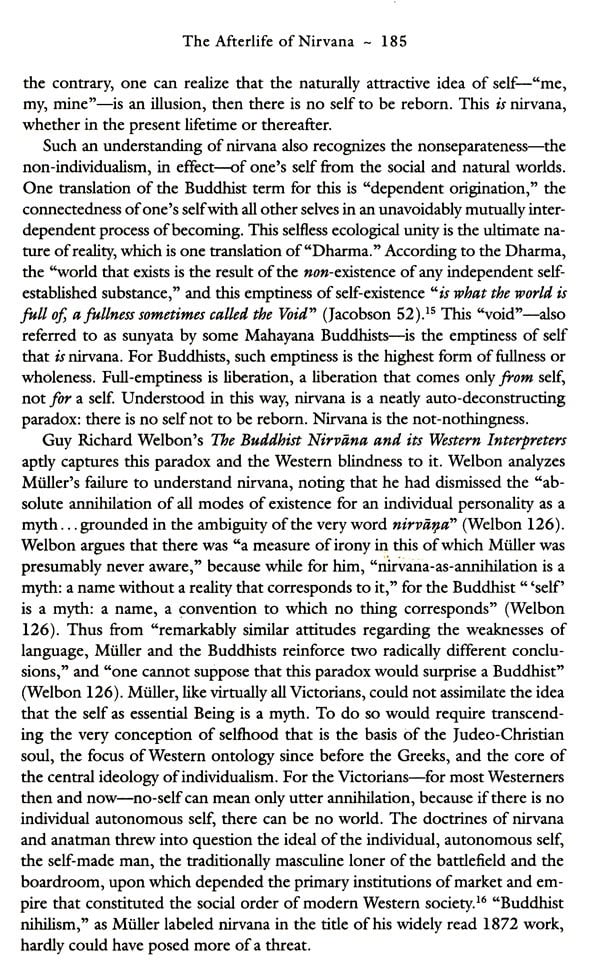 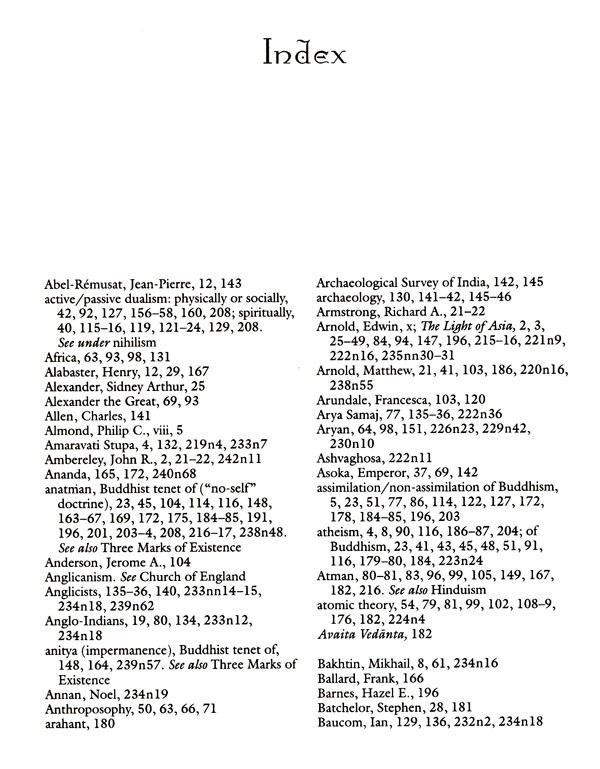 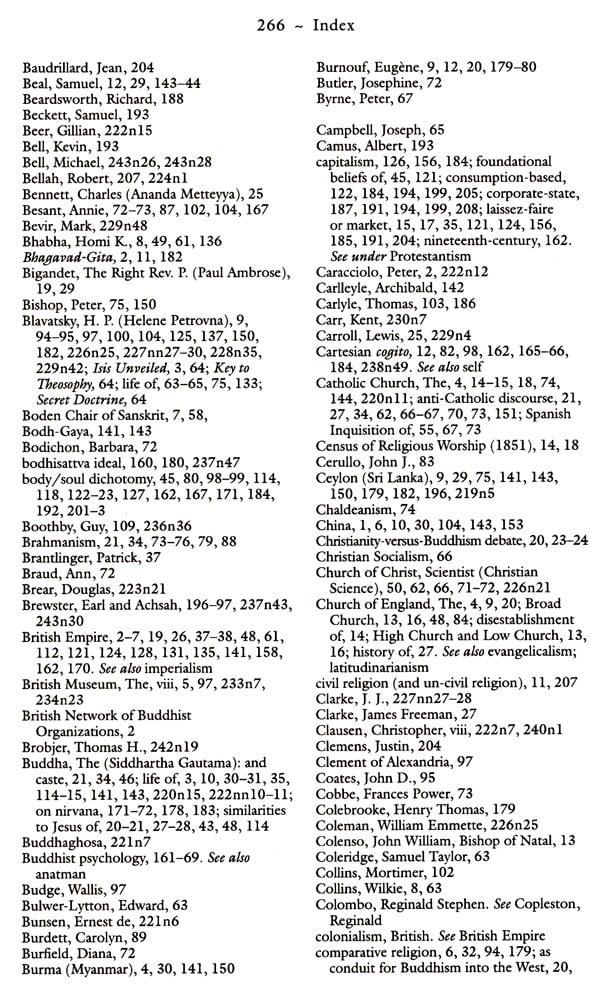