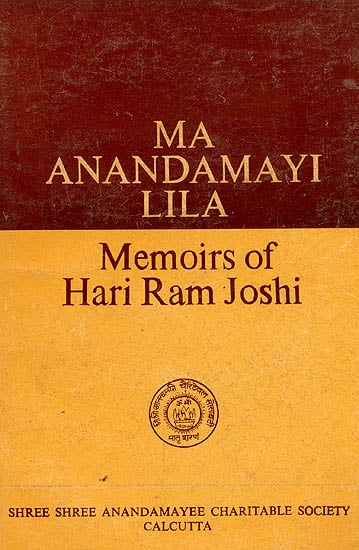 Sri Hari Ram Joshi has written some very interesting face about the life of Sri Sri Ma Anandamayiji in his own style. He was an ardent devotee of Sri Sri Ma and I myself got the happy news of her advent thought Hari Ramji when I was in Lucknow in 1934.

Hari Ramji was known to me for a good many years, as his younger, the late Dr. M. M. Joshi, was in my service in the erstwhile Baghat State.

Hari Ramji was also instrumental in bringing about Mataji’s first visit to Solan. It was a great pleasant surprise when Ma arrived in Solan in March 1934 without any previous intimation.

Hari Ramji brought many people in contact with He which was a great f actor in his life. He had many sorrows and misfortunes, but his devotion to Mataji gave him the courage to bear all ups and downs. He had a very high moral character and was a very honest man all his life.

I sincerely was a very honest man people will be benefited by reading his description of some important events of our Holy Mother’s life in the book.

I had been repeatedly asked by Bhai Hari Ramji to write a preface to “Ma Anandamayi Lila” I had as persistently declined to undertaking this on the plea that I lacked the necessary competence. I had suggested that some eminent person who was also a well known disciple of Mataji should be requested to do so, However, as destiny would have it, Bhai Hari Ramji left this mortal would before a preface could be writing by the person he had in view. Under these circumstance I have had to take upon the duty of writing a foreword instead.

I came in contact with Bhai Hari Ramji in 1918, more then 50 years ago, when I was aditted to the Muir Central College, Allahabad and joined the Hindu Boarding House, of which he was a senior inmate. He was a staunch believer in our cultural heritage, religiously carried out all the prescribed orthodox practices, and was outspoken and even blunt in expressing his views on the burning topics of the day. We sometime disagreed, nevertheless the special liking and regard, that he came to entertain for me them remained undiminished all these years. My regard and respect for him as to an elder brother also remained steadfast.

We went our different ways; he joined the U.P. State Service and I went to the Railways. We met often and once came to be posted at the same station. For the last two years both of us were again in Lucknow together and I could lend a hand in this noble work. He dictated the first drafts of this voluble work, “Ma Anandamayi Lila” to Sri Dwarka Parsed Tripathi. Since he had unfortunately lost eye-sight totally, I would read to him scripts, chapter wise, and then again the whole book was read by me him and some material wasre-arranged. It was then retyped as the second draft. It had been planned that we would go through the book together, abridge it here and there, edit it properly, and then send it for printing but he parted company before this could be done.

The task of making the final revision and its editing has now fallen on me. His brothers Sri Badri Datt Joshi and Sri Tara Datt Joshi, an ex-Army officer, read the draft and gave valuable suggestions. The first two chapters have been his own intention, but understanding, as far as possible, only verbal or minor changes have been made in the text, though such references as had no direct relevance to the main subject have been omitted here and there. I have also taken the liberty of addings, as a postscript, an abridged of his last days compiled by his brother Badri Dattji. I am sure that with his guidance the final script would have become much more useful. It is hoped that the kindly reader will forgive the shortcomings.

In conclusion I would like to pay a tribute to the sincere and steadfast devotion of Bhai Hari Ramji to Mata Anandamayi. He passed though much stress and even misfortune but he never wavered in his unalloyed bhakti for Mataji. By her grace, may he obtain salvation and his soul rest in peace.

Much has already been written by a number of devotees about the Lila of the Universal Divine Mother Sri Anandamayi Ma (Mataji). However, the main object of writing this book “My Anandamayi Lila” is to enable sadhakas of any caste, creed, or religion to get authentic information about the life of the Divine mother arranged in chronological order, and some idea of her teaching. This book may also make then feel that in their efforts to achieve Self-realization by following the instruction of their respective Gurus, they would be helped by coming in contact with mataji personally. It is hoped that this book will prove useful to them in attaining perfection in their sad hand. If I succeed even to a small degree in achieving the main object which prompted me to compile this book, I shall feel amply rewarded for attempting to record the facts as known to me during my close association with Mataji for the last thirty-six years.

Emotional bhakti does not help the sadhaka much in understanding the Lila of the Creator, as the aspirant ego blurs his intuitive knowledge (parabuddhi). Instead of following the path of absolute self-surrender to the will of the Creator, he tries to interfere in his own misguided way in the smooth working of god’s Lila. This causes much suffering both mental and physical.

It was on March 17th, 1933 that, though the grace of late Jyotish Chandra Roy (Bhaiji), I had the privilege of Mataji’s darsana for the time at Raipur, Dehradum in an old dilapidated dharamsala attached to a Siva temple, situated in the midst of a forest on top of a hillock. It has been my great good fortune to constantly receive her divine grace ever since.

Bhaiji had give me timely warnings against the path of emotional bhakti and repeatedly told me that, in order o achieve the goal of Self-realization or to be “In tune with Infinite”, an aspirant should try to devote every moment of his life to the remembrance of his lstadeva though dhyana, Japa or Kirtana of a mantra, singing or recitation of the names of the Lord. Otherwise the working of the mind could not be properly harnessed or controlled, thus leading him astray and to inevitable in his efforts.

The event narrated in this book, a life sketch of the Divine Universal Mother since Her appearance in this would in 1896, are based on what I have personally seen, read, or heard from persons connected with her, specially from Baba Bholanath (Pitaji), Sri Jyotish Chandra Roy (Bhaji) and Sri Gurupriya Devi.

I am now over 73 years old have been blind for the last seven years. The facts narrated in this book are therefore all from my memory as I am unable to refer to any book or record. Though confined to bed with fever and cough for the last few months, I have dictated this book to a close relation and friend, Sri Dwarika Prasad Tripathi. Without his selfless devoted labour for about month during the summer of 1969, for which I think him sincerely, it would not have been possible for me to compile this book.

My sincerest thanks are also due to all other devotes of Mataji, who so kindly disclosed to me many important events and incidents connected with the Divine life of Mataji.

Bhai Hari Ramji breathed his last at Lucknow on April 13th, 1970. He had dictated the above introduction some time early in 1970. 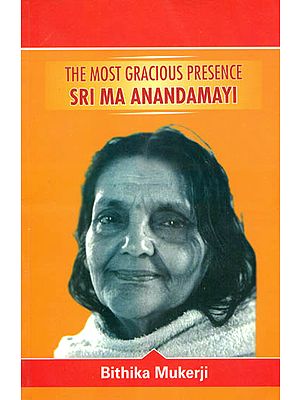 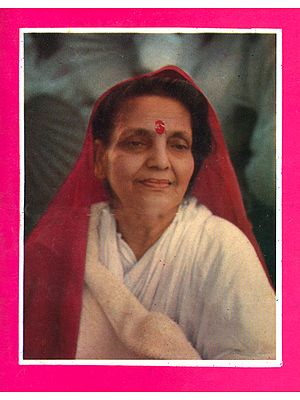 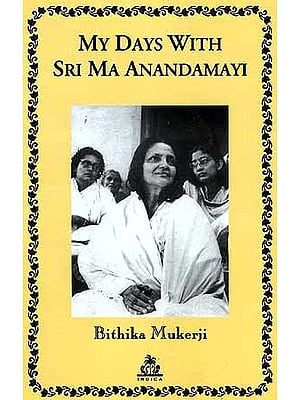 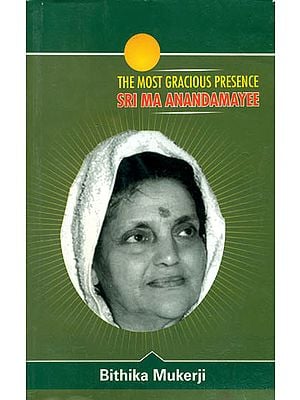 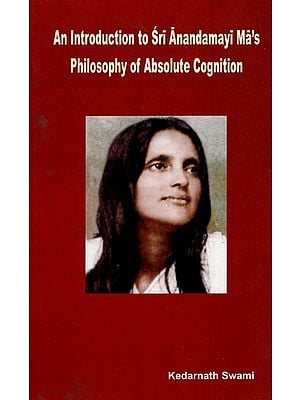 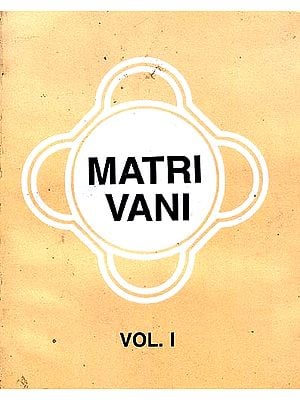 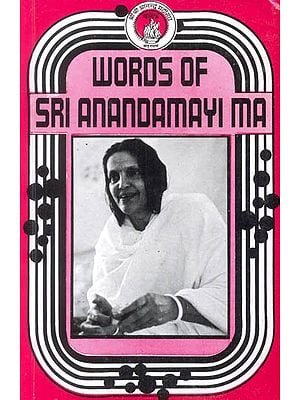 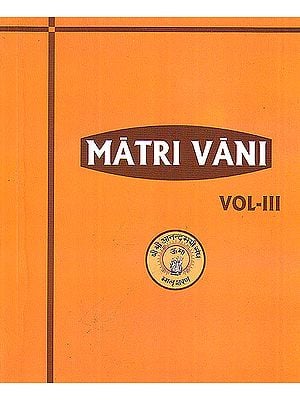 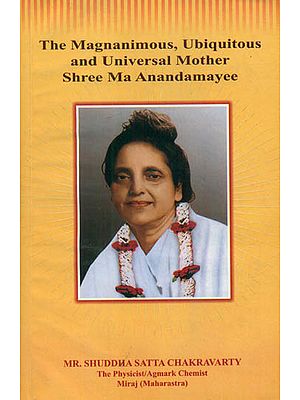 The Magnanimous, Ubiquitous and Universal Mother Shree Ma Anandamayee
By Mr. Shuddha Satta Chakravarty
$18
FREE Delivery
$24  (25% off)
Add a review
Have A Question