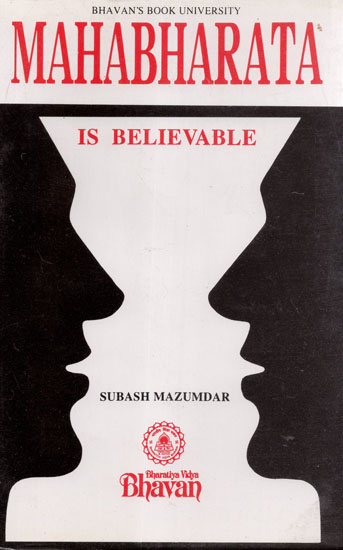 Subash Mazumdar lived outside India for 35 years, working for the United Nations and the World Bank in the USA, Italy, Africa, the Near East, and the Far East. During these years he maintained close links with India, its people, literature, and culture.

Along with his wife, Anjani, he delighted in reading aloud the Mahabharata and the Ramayana to their three daughters, Roma, Mona and Sheeba, as they changed homes from country to country. Out of this stimulating experience grew his interest in and appreciation for the various characters in these epics and their sense of values.

After returning to India in 1984, and settling down in Pune, his first book, who is who in the Mahabharata, was published by the Bharatiya Vidya Bhavan in 1988. This is his second book.

Shri Subash Mazumdar lived outside India for 35 years in various administrative capacities and returned to India in 1984 after a stint at the United Nations.

Shri Subash is the worthy son of a worthy father, Prof. Veeraprasad Dhirajram Mazumdar (Prof. V.D. Mazumdar), who was a distinguished Professor of Physics and served the Bhavan's College in Mumbai for many years after his retirement from the then Royal Institute of Science in 1951. By nature and nurture, Shri Subash belongs to the Bhavan's Family and has great affinity with the Bhavan.

On retirement from the United Nations, Shri Subash has now settled down in Pune. His first book "Who is Who in the Mahabharata" with a foreword by Poojya Swami Sri Ranganathanandaji, President of the Ramakrishna Math and Mission, published by the Bhavan in 1988 was well received and has already gone into two editions.

This "Mahabharata is Believable," authored by Shri Subash is his second offering.

Here, the author has analysed some of the major incidents in the Mahabharata. He presents his loud thinking -- personal interpretation -- from a "rationalist's view-point" of how some of the major events of our national epic Mahabharata could possibly have actually happened. He has ventured to recreate the events in the Mahabharata in his own imaginative way by discussing plausible alternatives. There are bound to be different views on the author's interpretations.

Since the publication of "Who is who in the Mahabharata", many people have asked me as to whether I thought the Mahabharata was true i.e. whether the various events described in it actually happened. My answer to it has always been both yes and no.

Yes, I believe it is essentially factual. It is not just a story or a mythology but, it is a sociological history of our ancestors; for that is who the various characters described in the great epic were. It portrays succinctly the moral and ethical values of people who lived at that time. It describes clearly how people behaved under stress - some righteously and valiantly; some ignominiously and in a dastardly manner; while some being unable to take a decision merely abstained from action.

But no, I do not think it happened exactly and literally as mentioned in the texts which have come down to us in various languages. Much as the romanticists and diehard traditionalists would want us to believe, there is no way in which for instance Arjuna could have undertaken an inter-planetary travel and gone off to swarga by just sitting in a plane. Scientific development is an interactive process which has to make simultaneous advance in all the related fields. It is totally unrealistic to think of an ancient civilization which had aeroplanes (pushapaka vimana) and nuclear explosive devices (brahmastra) but which fought with nothing more than bows and arrows and went on horseback or in chariots, at most. 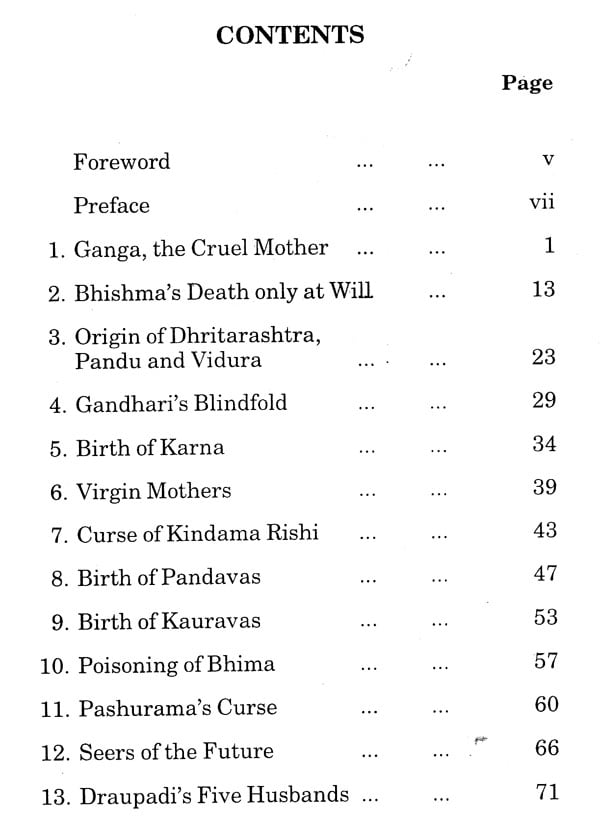 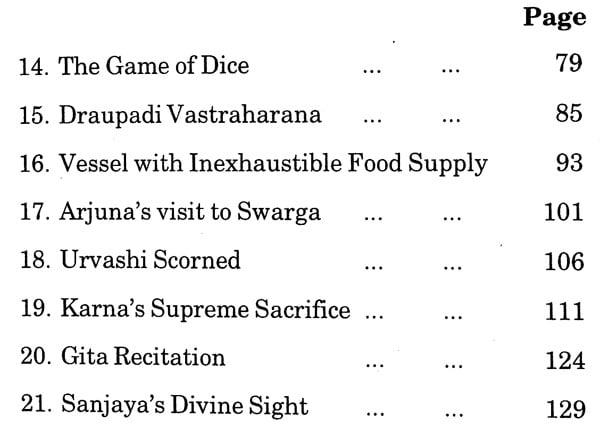 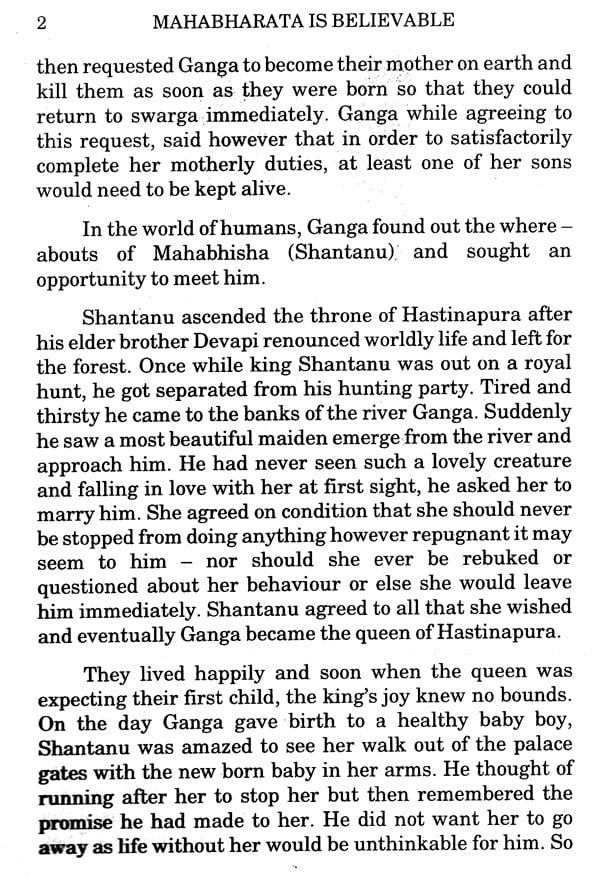 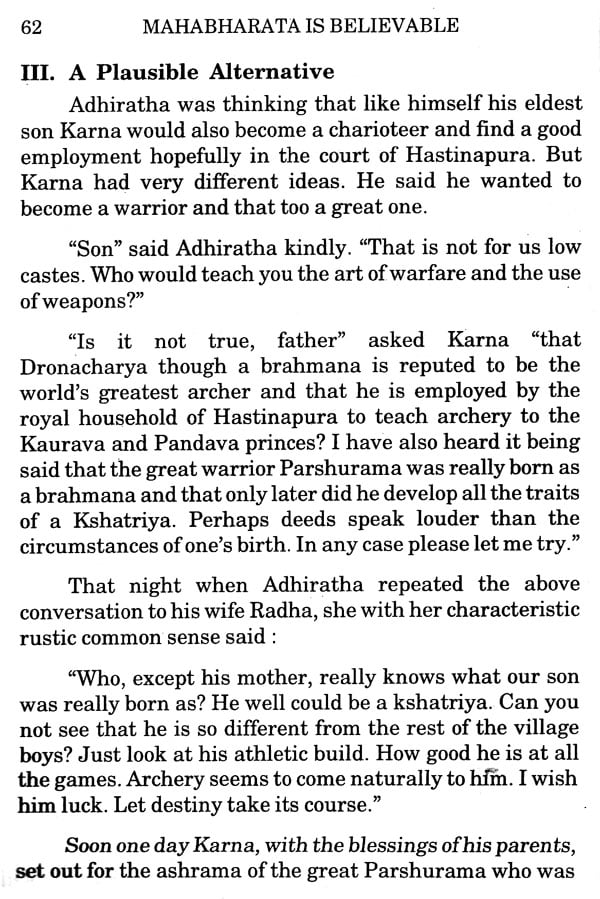 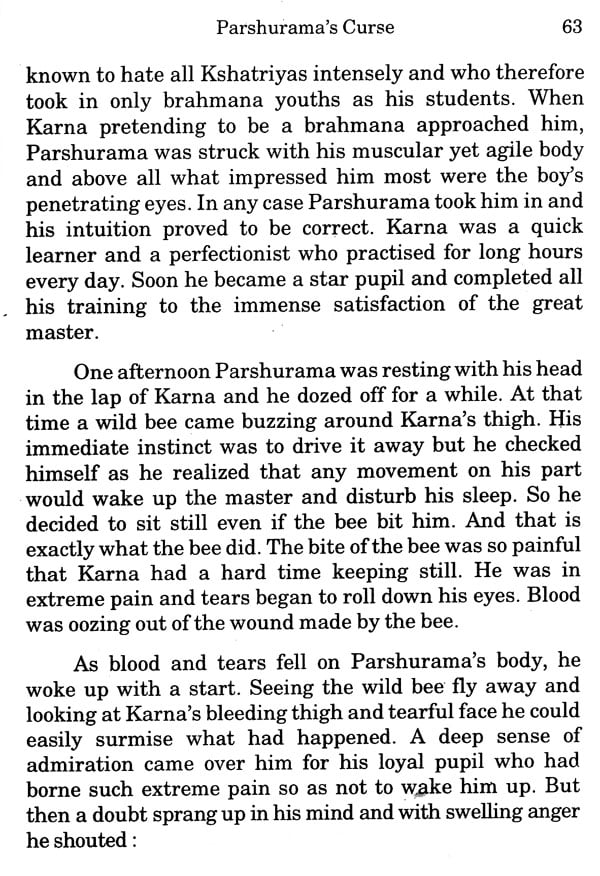 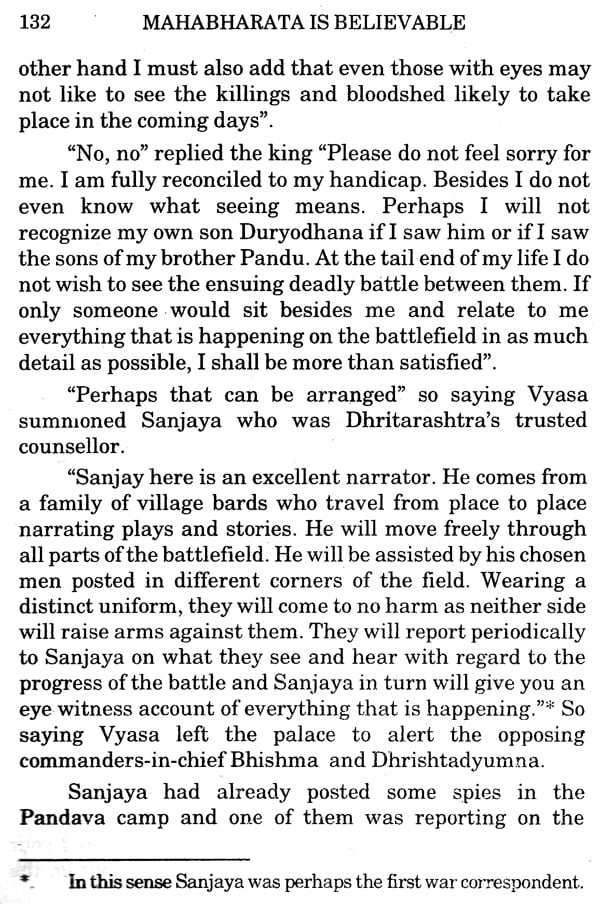 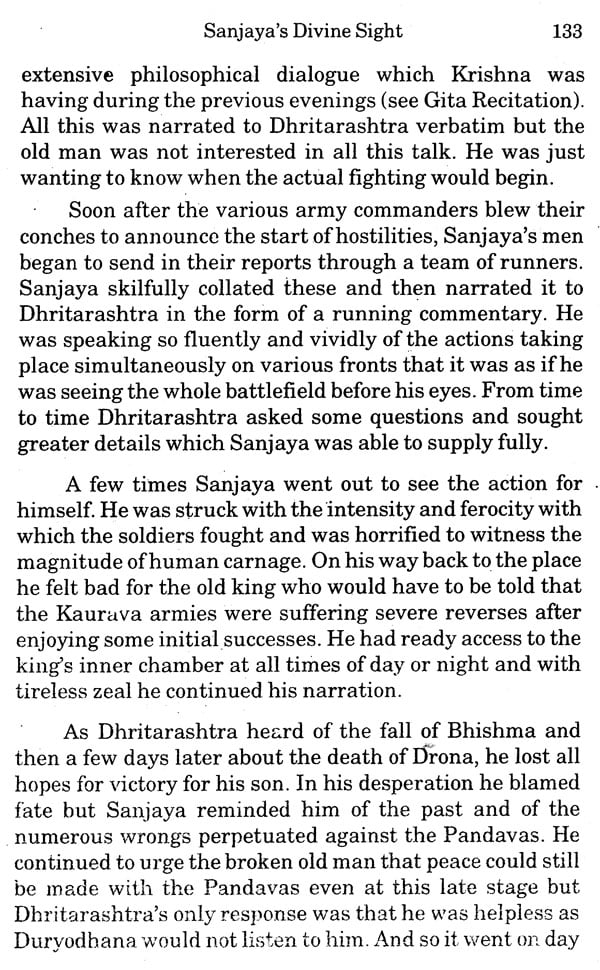 Science and Technology in Ancient India as Reflected in the Mahabharata
By A.R Vasudeva Murthy
$19

Bargaining with a Rising India (Lessons from the Mahabharata)
By Amrita Narlikar and Aruna Narlikar
$36.40
FREE Delivery
$52  (30% off)

The Mahabharata: A Criticism (An Old and Rare Book)
By C V. Vaidya
$33
FREE Delivery

Stories from The Mahabharata - A Sanskrit Coursebook for Intermediate Level With DVD Inside (Parts I-III)
By Warwick Jessup and Elena Jessup
$50.40
FREE Delivery
Best Seller
$63  (20% off)

Geographical and Economic Studies in the Mahabharata: Upayana Parva
By Moti Chandra
$39
FREE Delivery
$52  (25% off)
Add a review
Have A Question