The Mahabharata is one of the Greatest stories ever told. Thought the basic plot is Widely Known, there is much more to the epic then the dispute between the Kouravas and Pandavas that led to the battle in Kuruksshetra. It has innumerable sub plot that accommodate fascinating and digressions, and it has rarely been translated in full, given its formidable length of 80.000 shlokas or couples. This magnificent 10-volume unabridged translations of the epic is based on the Critical Edition compiled at the Bhandarkar Oriental Research Institute.

The seven volume continues with the account of the war with Karna who is instated as the commander of the Kourava army for Two days After his death Shalya is the Commander for one day Shalya too dies Duryodhana meets his death at the hands of Bhima and the great war cames to an end.

Every conceivable human emotion figure in the Mahabharata, the reason why the epic continues to hold sway over our imagination and confident Transition, Bibek Debroy makes the Mahabharata marvelously accessible to contemporary. Reader

The Hindu tradition has an amazingly large corpus of religious texts spanning Vedas, Vedanta (Brabmans, aranyakas, Upanishads, ) Vedangas, smritis, Puranas , dharmashastras and itihasa. For most of these texts, especially if one excludes classical Sanskrit literature, we don’t quite know when they were composed and by whom, not that one is looking for single author. Some of the minor Puranas (Upa Purana) are of later vintage. For instance, the Bhavishya Purana (which is often listed as a major Purana or Maha Purana) mentions Queen Victoria. 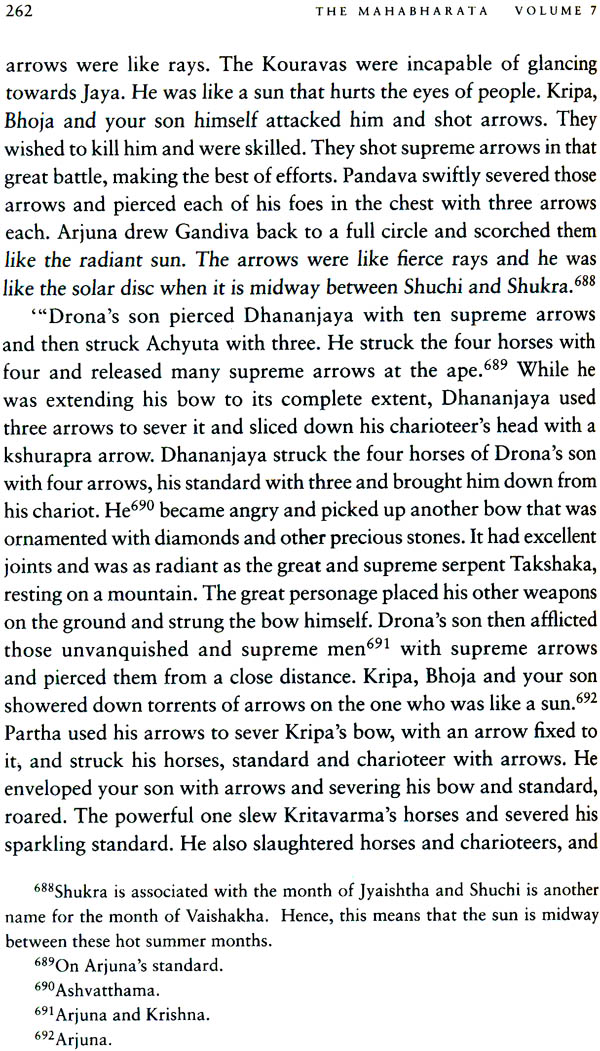 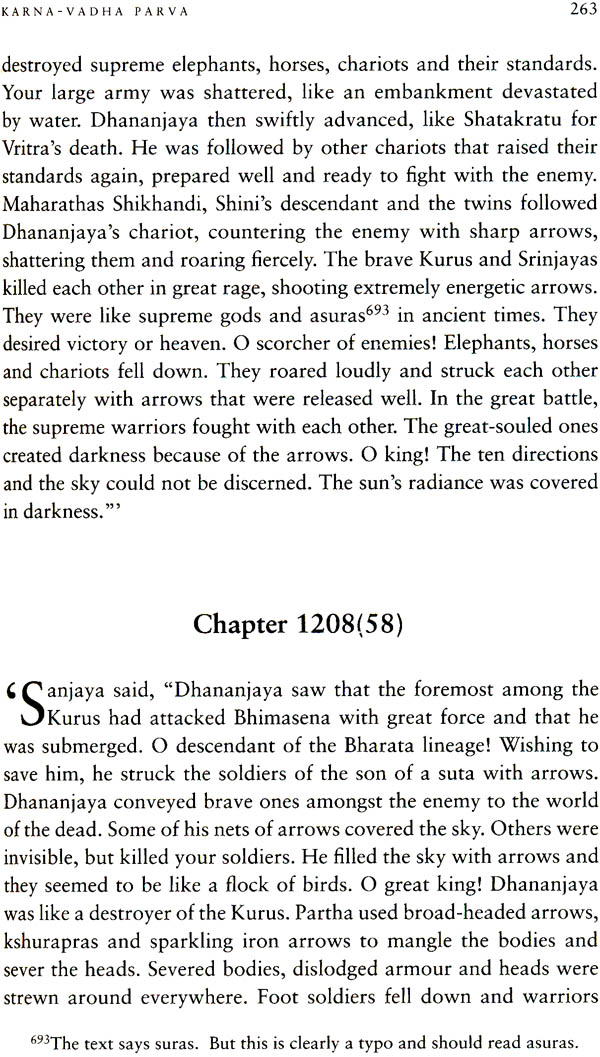 The Mahabharata Volume 4
By Bibek Debroy
$32
Out of Stock

The Mahabharata (Volume 5)
By Bibek Debroy
$32
Out of Stock

The Mahabharata (Volume 6)
By Bibek Debroy
$32
Out of Stock

The Mahabharata Volume 8
By Bibek Debroy
$39
Out of Stock

The Mahabharata: Draupadi's Marriage and Other Selections
By Bibek Debroy (Tr.)
$14
Out of Stock

The Mahabharata (Volume 3)
By Bibek Debroy
$32
Out of Stock