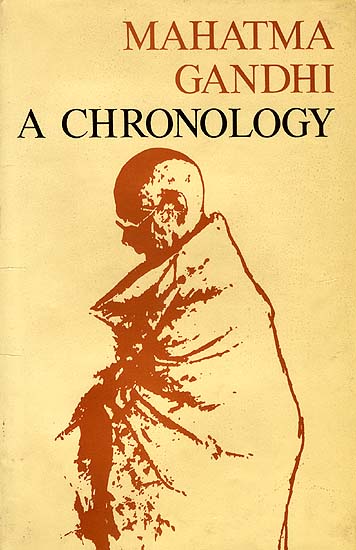 Besides listing the main events in the personal and public life of Gandhiji, this chronology refers to his utterances commenting on the events or interpreting his actions. These references are given under respective dates and in direct or indirect form as found convenient. Where specific dates are not available, the month and the years has been mentioned. The volume will, it is hoped, prove useful and of interest to research workers and laymen alike.

This Chronology lists the events in the personal and public life of Mahatma Gandhi. He is referred to as Gandhi up the time of his arrival in India back from South Africa in 1915 and Gandhiji thereafter.

The chronology has been compiled by Shri K.P. Goswami of the office of the Collected Works of Mahatma Gandhi.

In ascertaining and furnishing the date to each item, discretion has been used where different dates. Where the specific date is not available, the year or month has been mentioned.

Wherever possible, the interpretation of actions and events has been put in Gandhiji's own words, in direct or indirect from as found convenient.

For certain eventful periods in South Africa or in England, or during active movements in India, the treatment has been more detailed, resulting almost in a day-to-day diary.

Sometimes Gandhiji stayed for prolonged periods in one place but directed the activities of the Congress and other national organizations through correspondence, statements, interview and writing; the more important of these have been placed in their proper chronological order.

In 1946-47, while turning in Noakhali and Bihar or staying in Delhi, Gandhiji utilized his prayer meeting for expressing the views on current affairs. These utterances have been placed under their respective dates.

The Compiler wishes to acknowledge his debt to the sources mentioned in the bibliography (Appendix I) and especially to the Collected Works of Mahatma Gandhi without which this Chronology would have lacked such comprehensiveness and accuracy as it now possess.

Complete lists with dates of Gandhiji's fasts and his arrests and imprisonments are given in Appendix II and Appendix III, respectively. 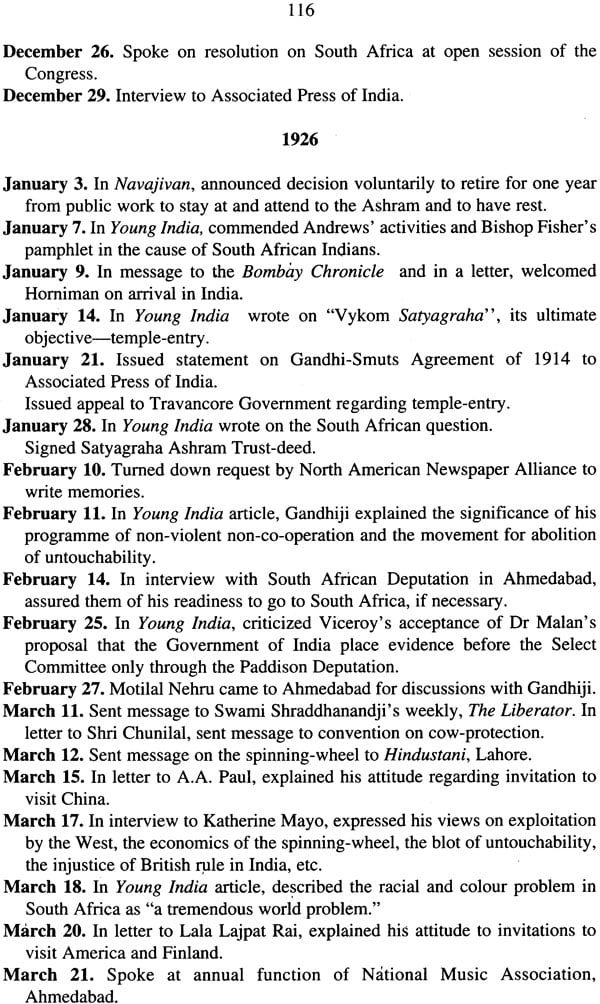