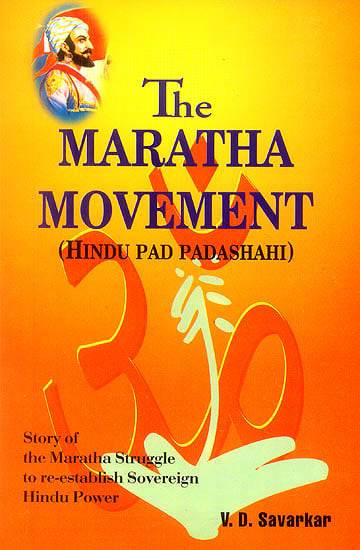 This is the story of the Maratha struggle to re-establish Hindu Empire in India, beautifully narrated by V.D. Savarkar. A born patriot, Savarkar dedicated whole of his life to the cause of independence and was responsible for revolutionary activities in India and abroad.

This book was written by him in 1925 in order to bring into light the glorious period, which had so far been dugged into darkness by the so-called historians of the West and their followers in India.

The book is interesting to read and inspiring too.

The illustrious author of this work, Swatantryaveer Savarkar needs no introduction at our hands.

So far as the book is concerned it is enough to point out that it is so original a contribution to the correct interpretation and just appreciation of the history of the Marathas. that, in spite of volumes written on that subject in English and in Indian languages by scores of erudite and painstaking scholars there is even now no book which rising above- details takes such a comprehensive view and with intuitive-insight discerns and delivers the central message which informed and inspired the mighty Maratha movement in such sure, sound and stirring accents as .this work does. The very name of this treatise-"Hindu-Pad-Padashahi"-is in itself so significant as to visualise the very soul of the movement at a single magical touch.

It was to realise this great ideal of the Hindu-Pad- Padasbahi and to liberate Hindudom from the shackles of the Moslem domination that the Marathas waged a relentless war, roughly speaking from 1600 to 1800. The struggle went on till the Hindu arms were crowned with an unchallengeable triumph, Hindu supremacy and rule extended once more from Punjab to Tanjore, and not a vestige was left of the Moslem Empire throughout Hindusthan.

The second aspect which this work brings out in bold relief for the first time in connection with Maratha history is its outstanding significance revealed through a. Pan-Hindu perspective. It co-ordinates the Maratha history with that of the Rajputs, the Bundelas, the Sikhs, the Nepalese and other Hindu movements which carried on the war of Hindu emancipation from the Moslem suzerainty in their own spheres and more or less independently on their own account. Coordinating these various Hindu fronts and reviewing them from a 'higher altitude in their totality, the author brings into bold relief the synthetic fact that all these Hindu fronts constituted in essence a Pan-Hindu movement con- trolled, led and dominated by the Maratha Confederacy.

In fulfilling this mission the Marathas came occasionally into inevitable conflict with their own co-religionists like the Rajputs, the Jats, and other Hindu powers just as these latter in their own turn kept fighting with each other. This aspect of the Maratha history continued to be the most misunderstood part in all other provinces in India and our non-Maratha Hindu brethren misled by the English historians in particular, kept labouring under a wrong notion that after Shivaji's death the Maratha movement lost its ideal value altogether, and got degenerated into a mass movement of free-booters. Nay, some went even to the length of depriving Shivaji himself of any Pan-Hindu or altruistic motive as he himself did not hesitate to loot Surat and some towns in Maharashtra too. The analysis of such events when the Marathas had to fight with other Hindu powers outside Maharashtra and the unassailable logic based on the undeniable facts with which the author of this book in its second part corrects this misunderstanding and misinterpretation and reveals the dignity of the motive which inspired the Maratha movement and the dazzling glory of its triumphant achievements in defence of Hindudom as a whole, constitute the most original contribution the author has made to historical study.

Apart from this unique importance the Pan-Hindu altitude from which this book reviews the past of the Hindu Nation, reveals those ancient rocky foundations on which alone the future of the Hindu race would also be broadly based. It is consequently bound to prove a source of inspiration and unfailing guide to everyone who works in the cause of the Hindu Sanghatana movement today.

The book was written by Swatantryaveer Savarkar during the period of his internment as a political prisoner while [he was staying with Sjt. Vishnupant Damale in a village named Shirgaon near Ratnagiri. There could be no books and materials available to refer to or to refresh his memory. He had to depend entirely on the information and impressions stored up in his brain. Nor could he find any time since his release to retouch the work even for this new impression and dot the I's and cross the T's. Yet in spite of it all, it could safely be asserted that apart from a detail here and there the story in its outline and the argument in its essence are based on the facts which could be broadly substantiated by quoting chapter and verse from well-known authorities and original records. (Please see Author's Fore- word-Last page).

To enable our readers just to have a glimpse of the high esteem with which the work was regarded by savants, scholars and the Press, we quote below only a few outstanding ones out of numerous reviews in the same strain:

Lala Lajpatray—the late illustrious Patriot and historian and publicist-wrote in the 'People'; "It is a very interesting and stimulative study from the point of view of Maratha Nationalist; it is full of facts congested in a small space, arranged with skill and made to speak with tongues of fire and love. In my opinion every Indian politician ought to read it".

The Indian Educator, Madura: "It is frankly Hindu and this is rather a merit than a defect. We have had the Muslim view, the European view, the Missionary view and as yet no Hindu view. And Mr. Savarkar's dramatic presentation serves as a healthy antidote."

The Indian Historical Quarterly, Calcutta: "Every page of the book thrills with the noble spirit of patriotism and religious fervour which inspired the writer and enabled him to take his reader along with him as if into the midst of Maratha activities. In fact he has added flesh and blood to dry bones of history and the novel way in which he has unfolded the story of political solidarity and service to the country and the struggle for survival, help much, the growth of patriotic feeling." 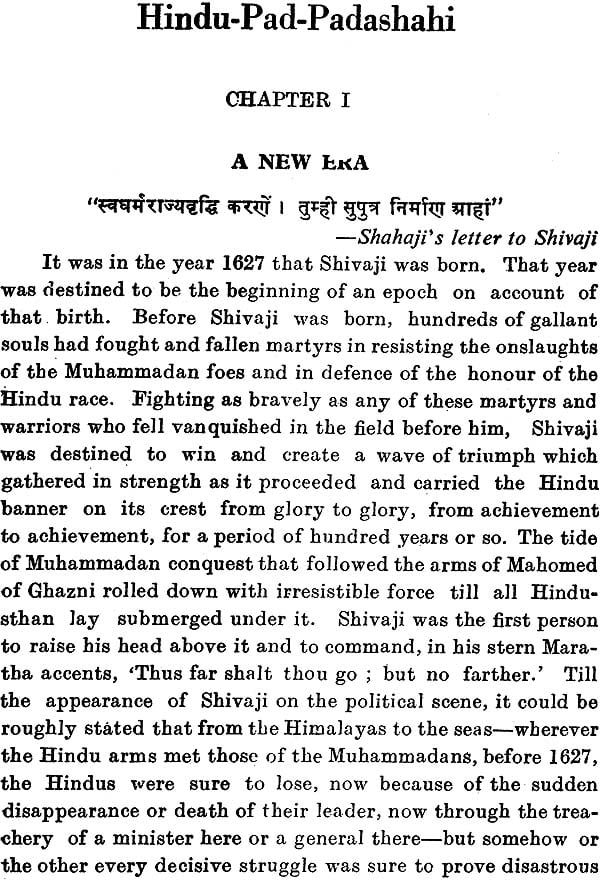 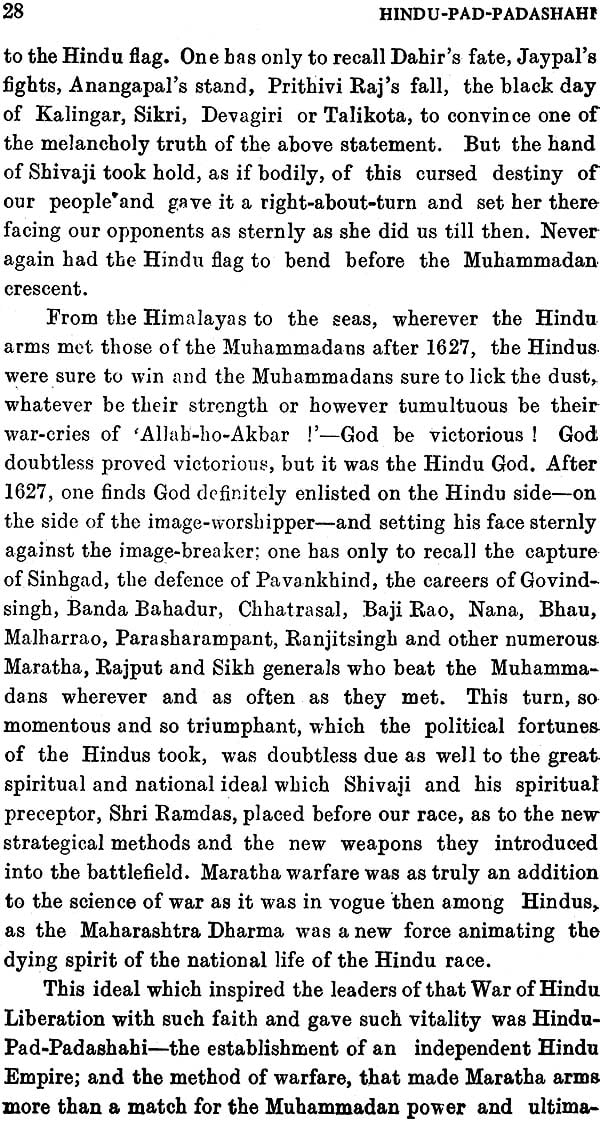 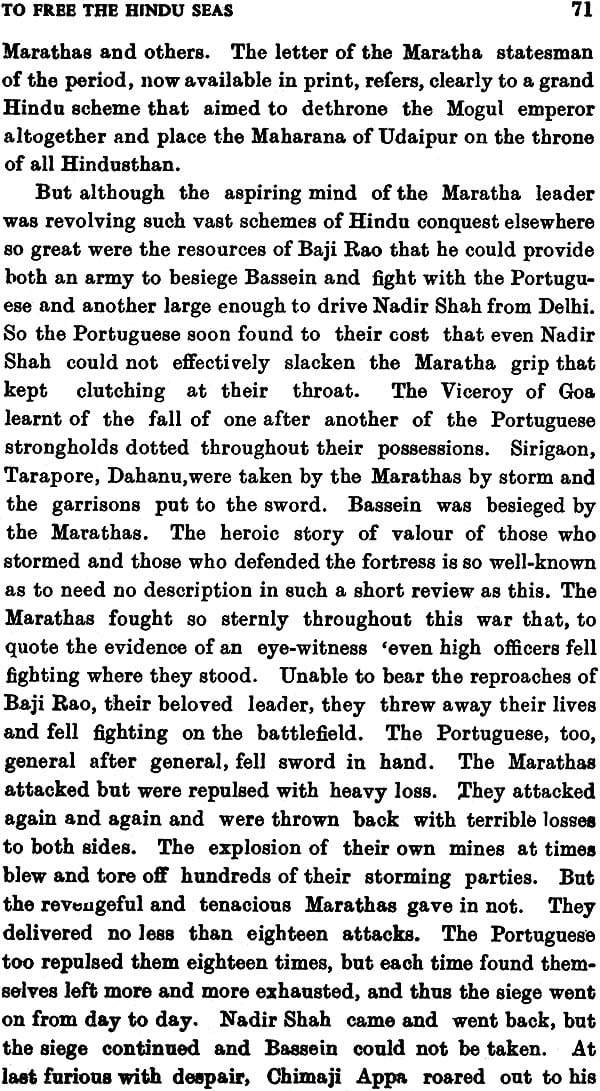 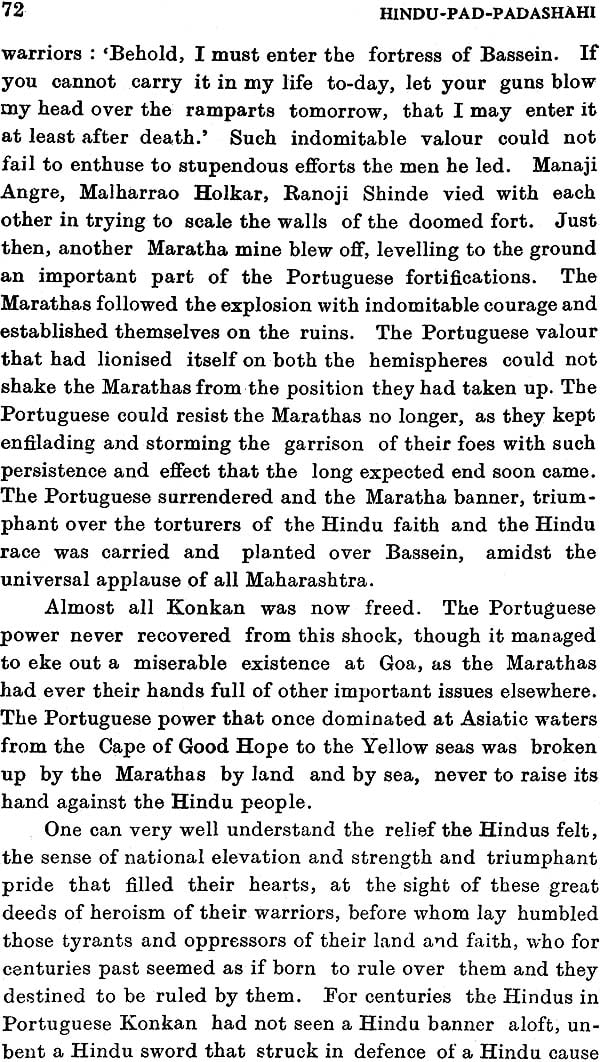 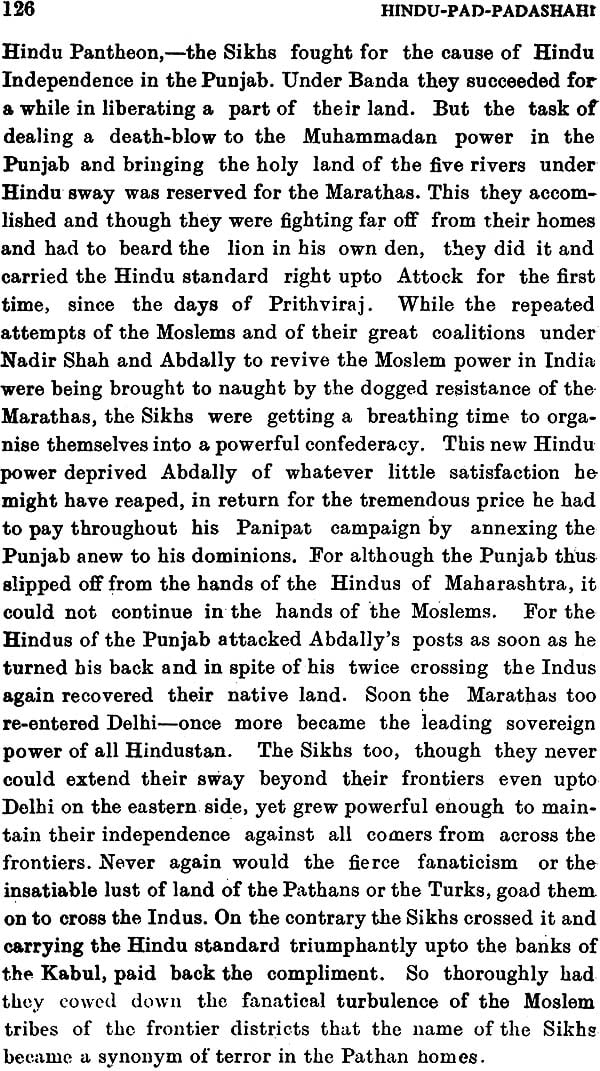 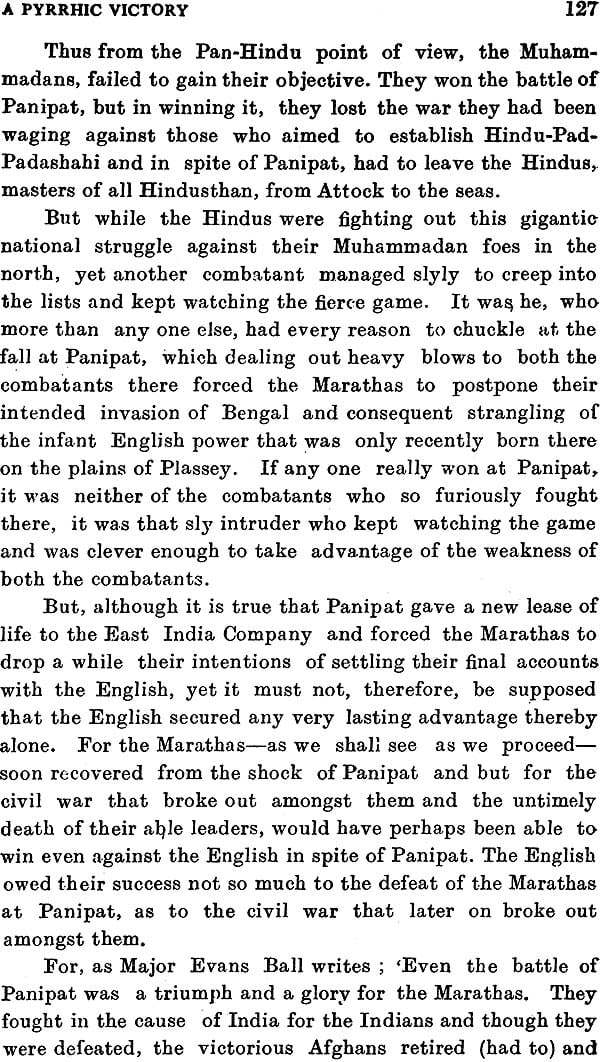 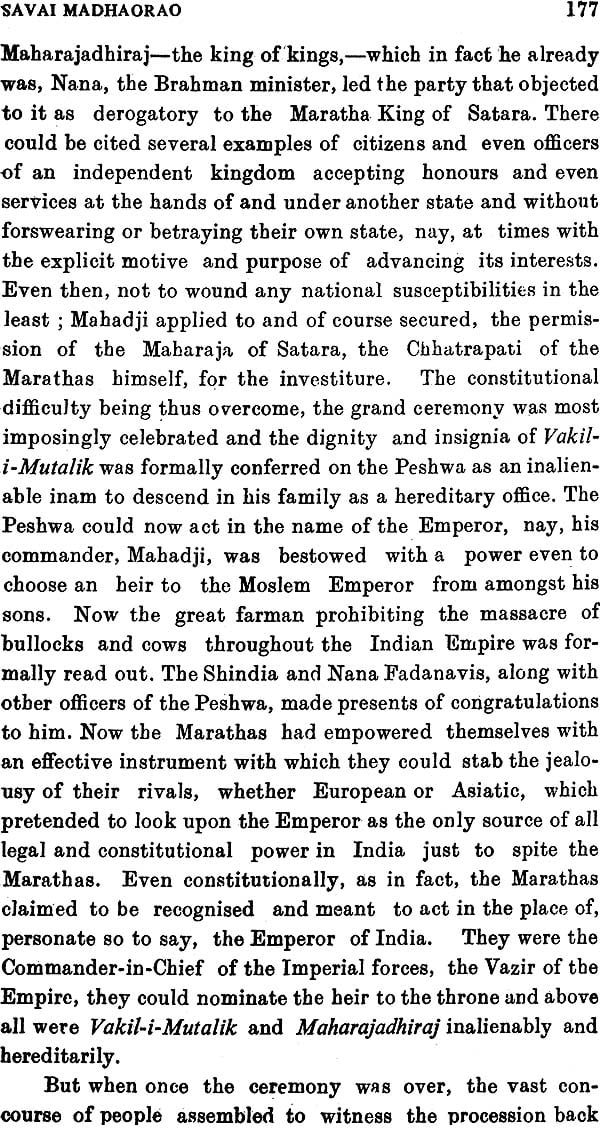 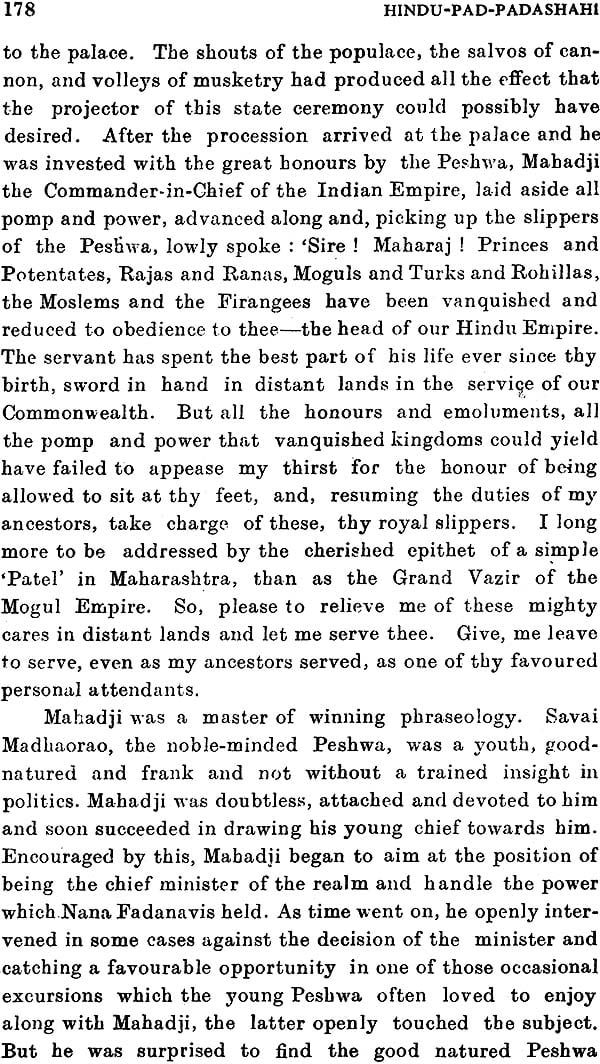 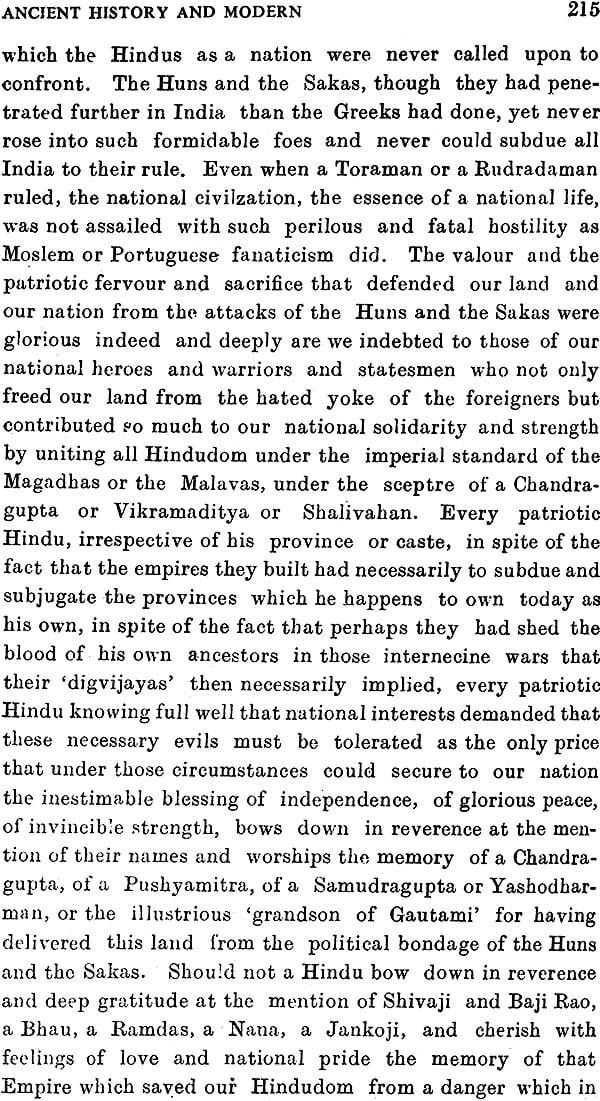 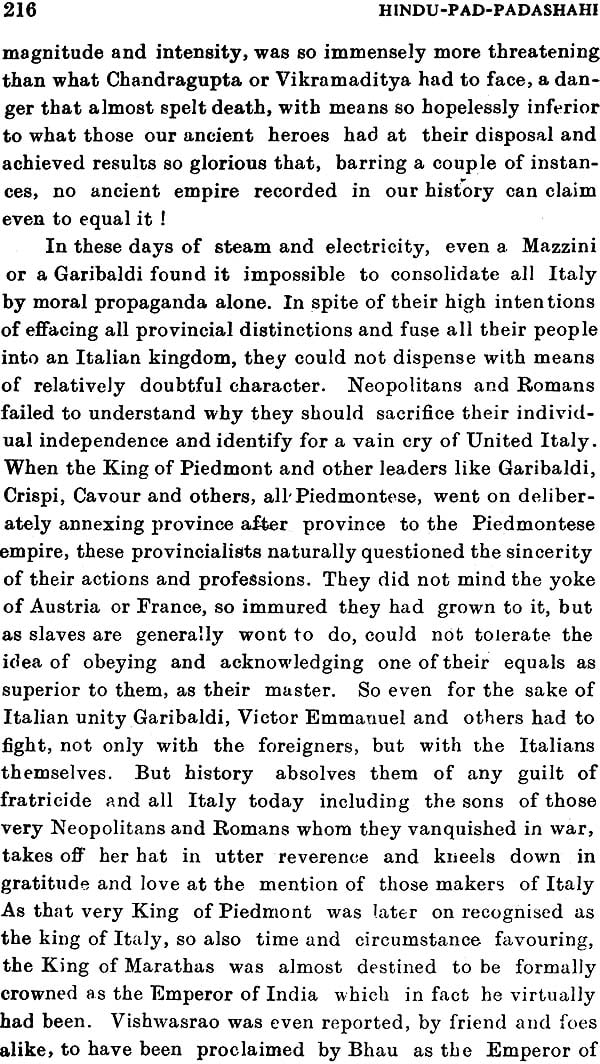 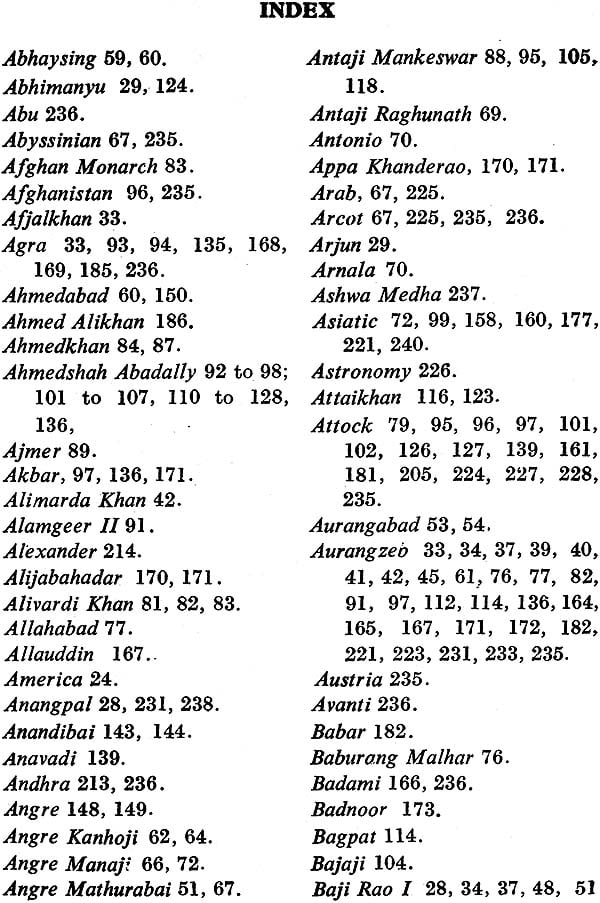 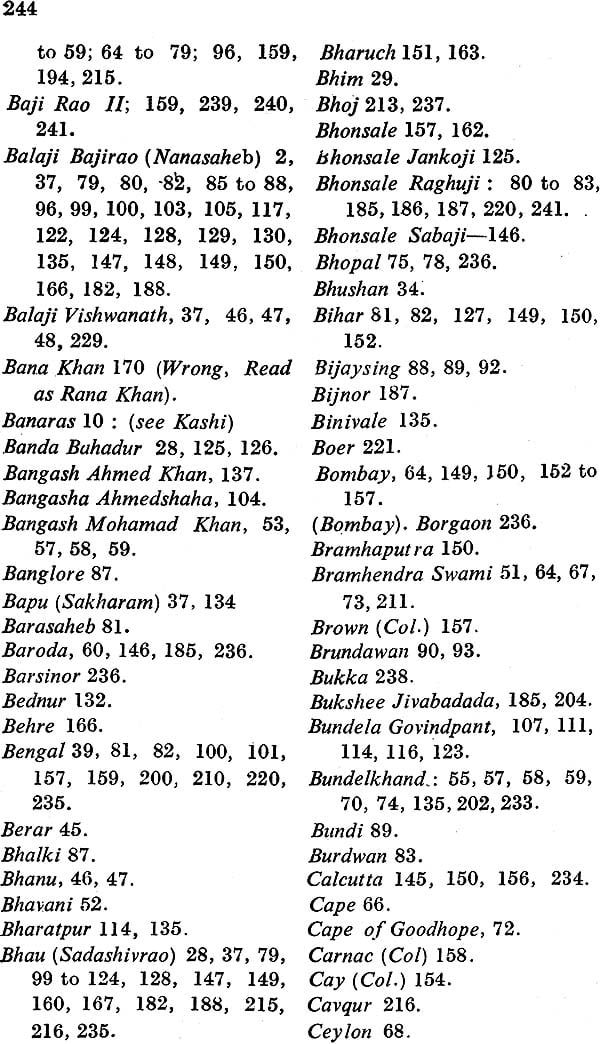 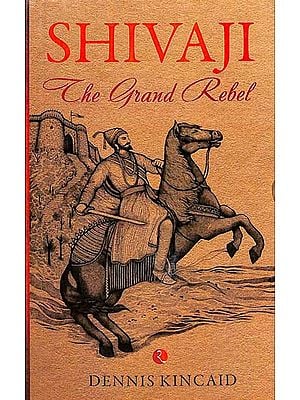 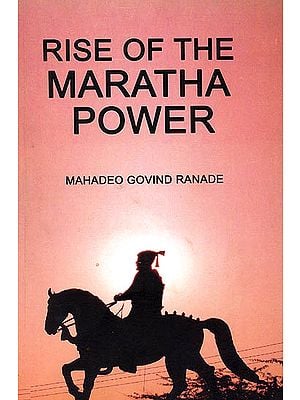 The Maratha Supremacy: The History and Culture of the Indian People (Volum VIII)
By R.C. Majumdar
$45
FREE Delivery
$60  (25% off) 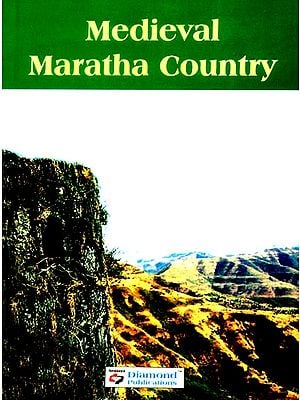 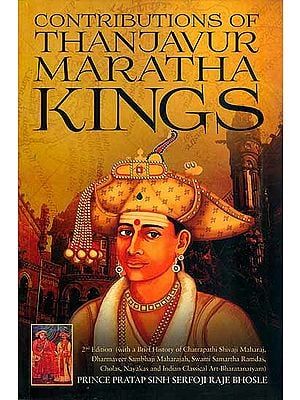 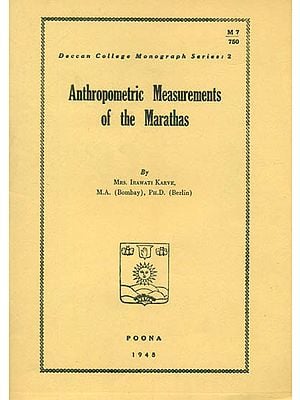 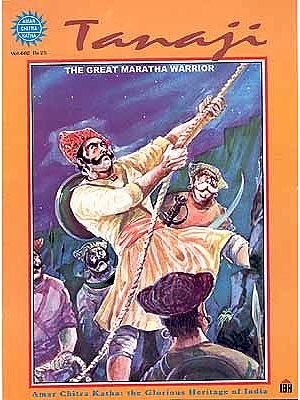 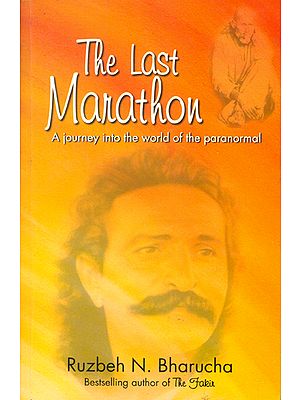 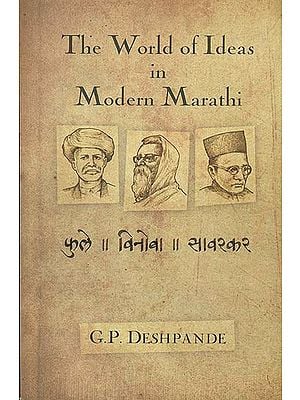