$29.00
FREE Delivery
Quantity
Ships in 1-3 days
Notify me when this item is available
Back of the Book

Tales of Rajput valour, the business acumen of the Marwari, the romance of the desert and the trappings of royalty-Rajasthan has a mystique that is enduring, Now Master Chef Sanjeev Kapoor brings the allure and aroma of traditional desert cousine into your home with his new book.

Experience the never-before tastes and flavors of authenticMarwari cuisine with chef Kapoor!

Marwari Vegetarian Cooking brings you the authentic taste of Marwari cuisine, straight from the heart of Rajasthani ! Sanjeev Kapoor introduces you to the delights of Marwar’s simple, earthy flavours with traditional dishes like Aloo ke Sooley, Khaari Puri, Peanut Chaat, Katori Chaat, Ker Sangri, Chole Dhania Masala, Lauki Raita, Dal Khilma and Rajasthani Kadhi. Enjoy the sunptuousness of Rajasthani Motiyan Pulao and fragrance and the fragrance of ghee in the Dal Bati and Churma for dessert, tuck into sinful Malpua and Mawa Gujiya…

Join Chef Kapoor on a culinary Journey of lifetime…

Sanjeev Kapoor, the most celebrated face of Indian cuisine today, chef extraordinaire, TV show Host, Author of Best-selling cookbooks, restaurant consultant, co-owner of TV channel and winner of several culinary awards is living his dream of making Indian cuisine the number one cuisine in the world and empowering. Indian women through the power of cooking to become self-sufficient.

His best-selling books reach an enthralling number of more than 140 titles (in English, Hindi, Marathi and Gujarati) with Cooking with Love and Mithai hitting the stands lately.

His 24 x 7 TV Channel ‘Food Food’ that was launched on January 24, 2011 is the first of its kind in South East Asia. It has been received and appreciated both by people and professionals.

This book is the result of may research into the lesser-known cuisines of India. Rajasthan is a state that is steeped in culture and tradition. There are may regions in the state but the one appeals foremost to the chef in me is Marwar. The Marwaris, who belong to the merchant community, are vegetarians. The warriors or Rajputs, are meat-eaters. The Rajputs relish dishes made from chicken and Lamb. In the past, they also ate the spoils of their hunting or shikaar, which included the meat of animals and birds like the wild boar, deer, Peacock, quail, duck, Pheasant, rabbit and even camel!

The vegetarian food again comes in two varieties- the food that includes various spices and herbs and the food of the Marwari Jains that is prepared without onions garlic or for that matter, any vegetable that grows under the soil, except for ginger and groundnuts.

I was first introduced to Marwari cuisine in my student’s days when I visited this royal state during vacations. Each day of our stay there, we got to taste a variety of dishes, which made me realize that there is more to Marwari cuisine than the famous dal bati, served soaked in oodles of pure ghee, and Churma.

Marwari vegetarian cooking has its own unique flavor. The simplest and the most basic of ingredients go in to the preparation of most of the dishes. The harsh climate and the non-availability of a lot of ingredients have shaped the traditional cuisine. Scarcity of water meant using milk, buttermilk and ghee in cooking. Non-availability of vegetables like tomatoes led to the use of dried mango power and yogurt to lend sourness to a dish. Gram flour is a major ingredient in delicacies like Kadhi, gatee ki sabji, pakodi and a liberal dose of asafetida combats its flatulent effect. Powdered lentils are used to make mangodi and papad; whereas corn and bajra are used in dishes like khichdi and roti . Various chutneys made from locally-available spices like turmeric, coriander, mind and garlic also form a part of their menu.

My purpose in writing this book is to give Marwari vegetarian food the recognition and celebration that it deserves. You will find here a delicious variety of recipes ranging from Bharwaan Gatte, Arbi ka Khatta Shaak, Chane Jaisalmer Ke and Dahiwale Amrud to ker Sangri, Papad Rolls, Mooli Bajra Roti, Lapsi and Malpua.

All the recipes are meant to serve four people keeping in mind that there are other complementary dishes in the meal.

The Essential Andhra Cookbook (with Hyderabadi and Telengana Specialities)
By Bilkees I. Latif
$34.50
FREE Delivery 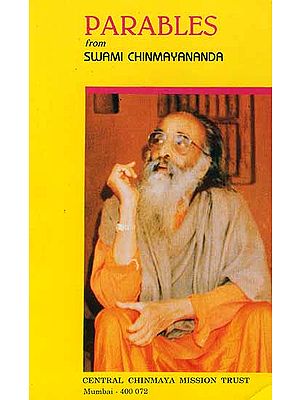