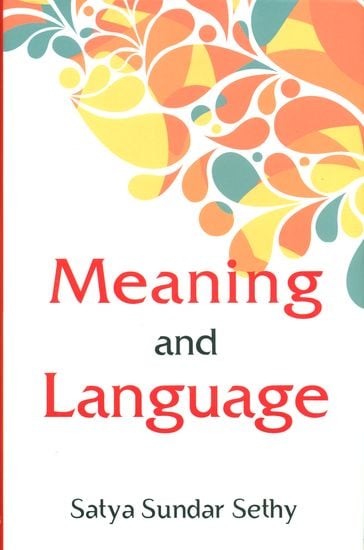 This volume explores the nature of meaning and the way it functions in language. Philosophers such as Aristotle, Thomas Acquinas, John Locke, Immanuel Kant and David Hume had keen interest in the study of meaning, though it was not central to their philosophical inquiry. But the contemporary philosophy takes a radical twist towards language which is characterized as linguistic turn in philosophy. Meaning and its correct characterization are the foremost concerns of contemporary philosophy.

Study of two semantic perspectives meaning atomism and meaning holism - is the core content of this book and it mainly focuses on contrasting these two perspectives or models of meaning a d evaluates them with a view to arrive at an explicit conception of meaning that will correctly reveal the semantics of natural language.

He has published several papers in international and national journals, contributed book chapters to the edited books. He is credited with an edited book Contemporary Ethical Issues in Engineering (2015), published by IGI Global, Pennsylvania, USA. His current research interests include Philosophy of Language, Analytic Philosophy, Professional Ethics (Engineering and Higher Education), Indian Philosophy, Logic (Nyaya and Aristotelean), and Information and Communication Technologies (lCTs) in Education.

The main objective of the inquiry undertaken in this study is to explore the nature of meaning and the way it functions in language. Investigation of meaning is not a recent concern in philosophy. Philosophers traditionally were interested in the question of meaning. This is evident from the work of philosophers such as Aristotle, Aquinas, Locke, Kant and Hume. But their interest in the study of meaning was not central to philosophical inquiry. However, contemporary philosophy takes a radical turn. It is a turn towards language which is commonly characterized as linguistic turn in philosophy. It is evident from a cursory look at the development of philosophy that language becomes an independent subject of study. We are thus no longer surprised when we are offered philosophical theories in the form of linguistic proposals. Geilbert Ryle goes to the extent of saying that "philosophical arguments have always, if not entirely, consisted in attempts to thrash out 'what it means to say so and so''. The concern for meaning and the correct characterization of the nature of meaning thus become the foremost concern of contemporary philosophy.

Philosophers' occupation with meaning is characterized by such general questions like: "what is meaning?", "how is meaning determined?", "how do expressions get their meaning?", etc. True, these are general questions but they cannot be answered in general terms. These questions cannot be answered independently of any perspective. They are semantic perspectives in the light of which meaning is characterized. This allows the possibility of alternative characterizations of meaning structure or semantic structure of natural language.

The major focus of this study is to contrast these two perspectives or models on meaning and to evaluate them with a view to arrive at a conception of meaning that will correctly reveal the semantics of natural language.

On the basis of this discussion attempts have been made to show that atomistic theory of meaning has failed to account for the many-sided nature of meaning? On the basis of the failure of atomistic theory of meaning we explore the alternative theory, i.e. meaning holism. Although meaning holism has diverse versions as global holism, content holism (psychological), moderate holism and molecular holism we give our arguments to support the view on moderate holism. To establish this we have considered the arguments of Quine, Davidson and Later Wittgenstein. All these philosophers though hold meaning holism differ in their respective standpoints while proposing their holistic conception of meaning. However, all of them agree on a common feature that the meaning of a proposition cannot be determined in isolation. Meaning can be decided in relation to a set of propositions in a particular paradigm of language.

In view of the stated objectives the inquiry to be undertaken in this study has the following structure conceived in terms of eight chapters. A brief description of each chapter is given below.

1. By explaining its sense.
2. By determining its truth conditions.
Sense reflects the picture in a proposition. A proposition will be true if the sense of that proposition agrees with reality and it will be false if it does not agree with the reality. Thus, "a proposition is a picture of reality" (Tractatus 4.12). This will enable us to bring out the truth condition of a proposition. He further states that every proposition can be judged as either true or false because all propositions endowed with "thought" and that are about the state of affairs of the world. Thus, he confirms that we cannot imagine a sentence without its truth condition. Hence, it is assumed that he is an atomist.

In the discussion of meaning, logical positivists make their significant contribution. They reject metaphysical statements as meaningless on the ground that they are not verifiable. Through their semantic critique of metaphysics they developed their own theory of meaning which says that meaning is a matter of empirical verification. Verifiability becomes a condition for a sentence to be meaningful. Hence, proposed as a criterion for meaningfulness. Subsequently, this criterion has been revised by logical positivists in a number of ways with a view to make their conception of meaning acceptable. Chapter 4 gives a detailed exposition of logical positivists' conception of meaning.

The main aim behind proposing verifiability theory of meaning is to reject metaphysical statement, on the one hand, and on the other hand, to establish a truth theory for determining the meaning of all statements.

Chapter 6 discusses the theory of "meaning holism" in the light of Quine. Quine has borrowed the expression "meaning holism" from the physicist Duhem. Quine following Duhem arrives at an epistemological nature of meaning which says:

This passage says that a hypothesis necessarily consists of a bunch of sentences. If the hypothesis goes wrong then one of the sentences of the bunch has to be modified or is to be replaced but this will not result into the replacement of the theory as a whole.

In a revised form Quine interprets the same concept in his own way: "No statement, taken in isolation from its fellows, admits confirmation at all. Our statements face the tribunal of sense experience only as a corporate body. Hence, it is not significant in general to speak of the confirmation of a single statement."

Davidson, while explaining the radical interpretation, says that to interpret is to understand the fact that the speaker is expressing through his utterance. And to understand a fact implies understanding of some other related facts. In this sense, understanding assumes a network exhibiting the connection between propositions and beliefs. Hence, for him, holism is an authentic and genuine approach to meaning.

Later Wittgenstein's view on meaning holism is discussed in Chapter 8. The discussion highlights a few issues. First how use theory of meaning helps in determining the meaning of a proposition. Second, the role of language-game in determining the meaning of a proposition. And, third, the idea of family- resemblance for establishing the non-essentialistic conception of meaning. These are related issues which point out to Wittgenstein's inclination towards approaching meaning in holistic term.

The study concludes by arguing that meaning works holistically. The holistic approach to meaning as defined here is a moderate one. The idea of holism is defended here is neither global nor molecular. To say this is to accept the argument that for understanding a proposition we require a system of propositions within a particular paradigm of a language. This implies that we do not bring the whole language to understand a proposition. It is absurd to argue that to determine the meaning of a proposition we need to know the meanings of all possible propositions of that language. This view is supported by Michael Dummett. Dummett's arguments against global holism are discussed in this book with a view to arrive at a conclusion that a moderate holism may be viewed as the only acceptable form of meaning holism that can account for the semantics of natural language. 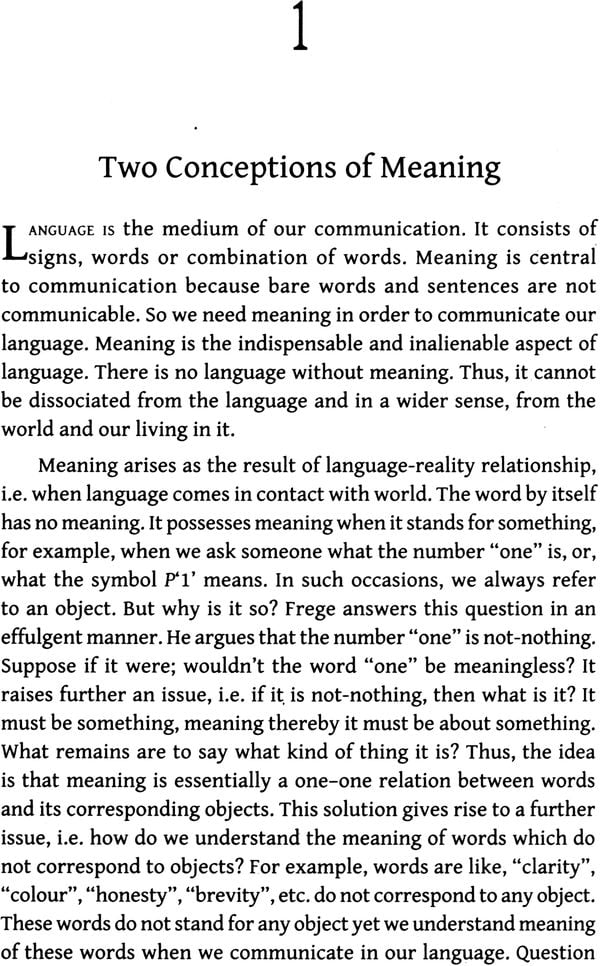 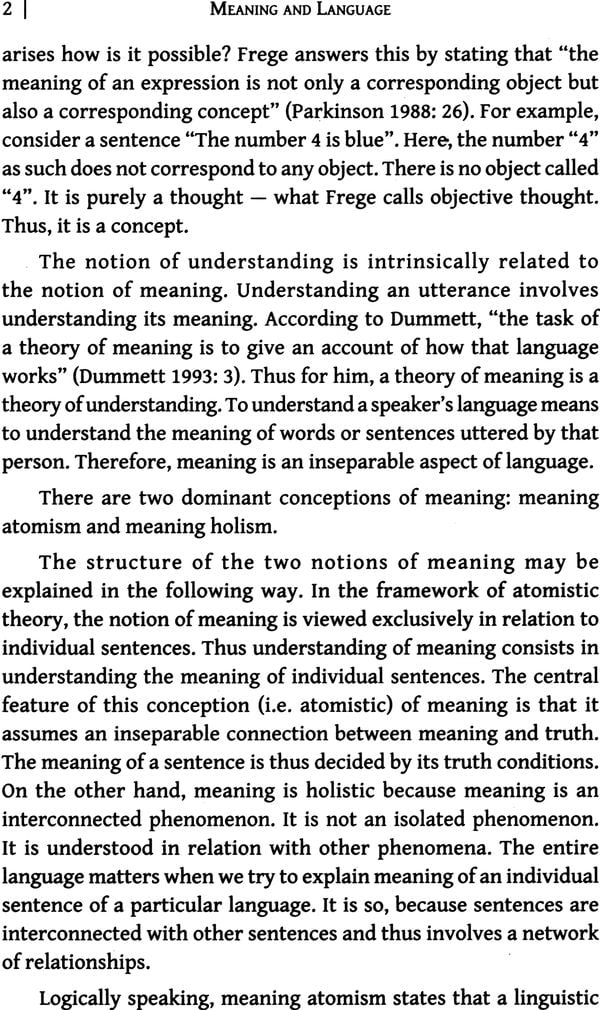 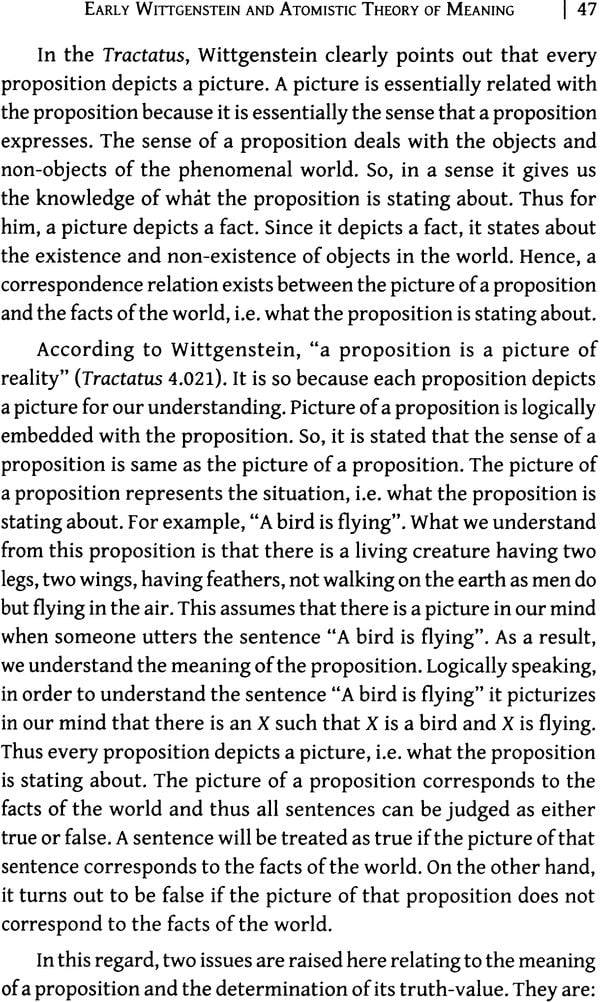 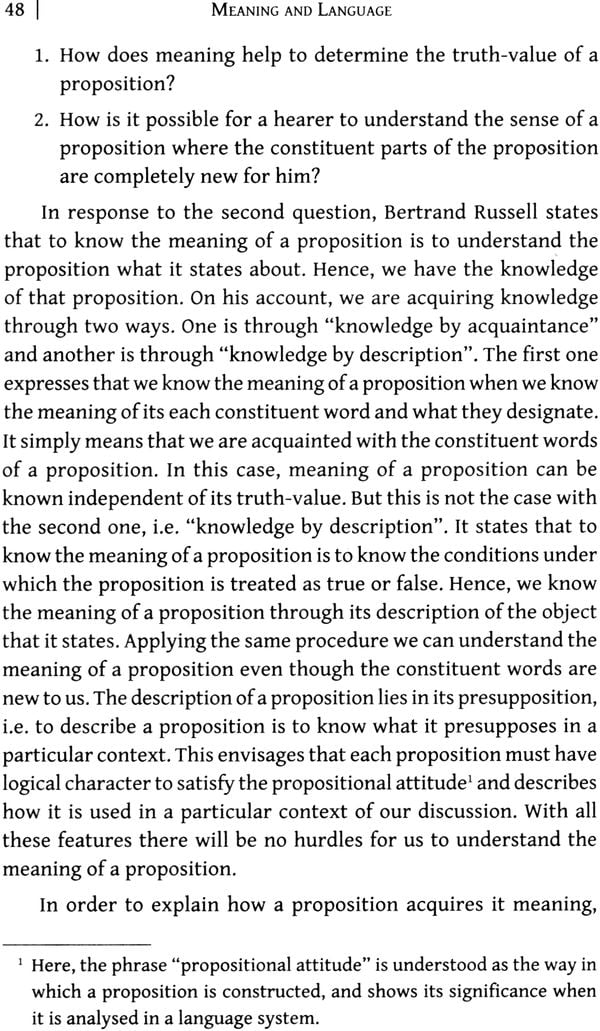 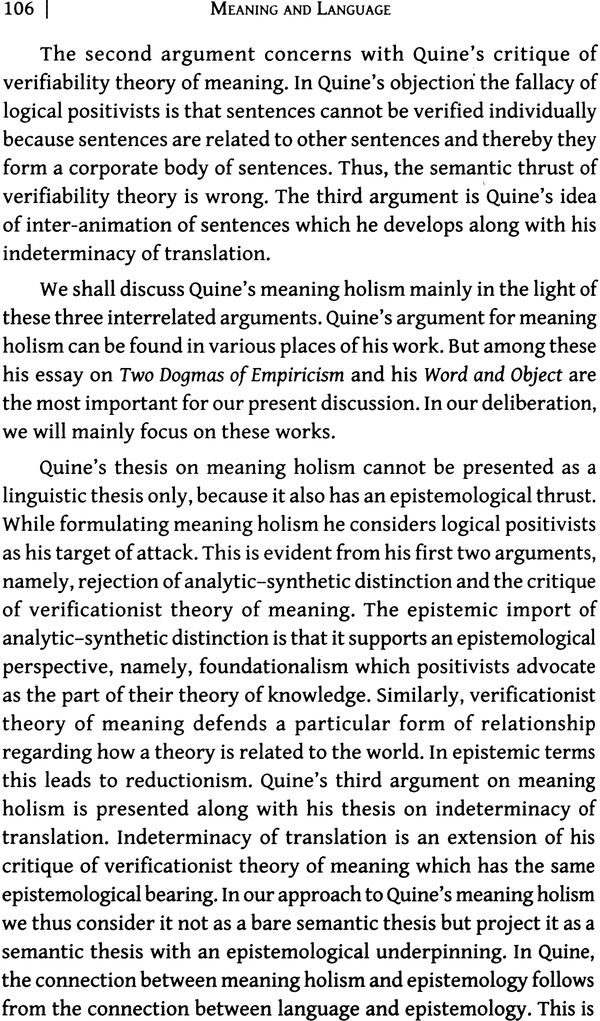 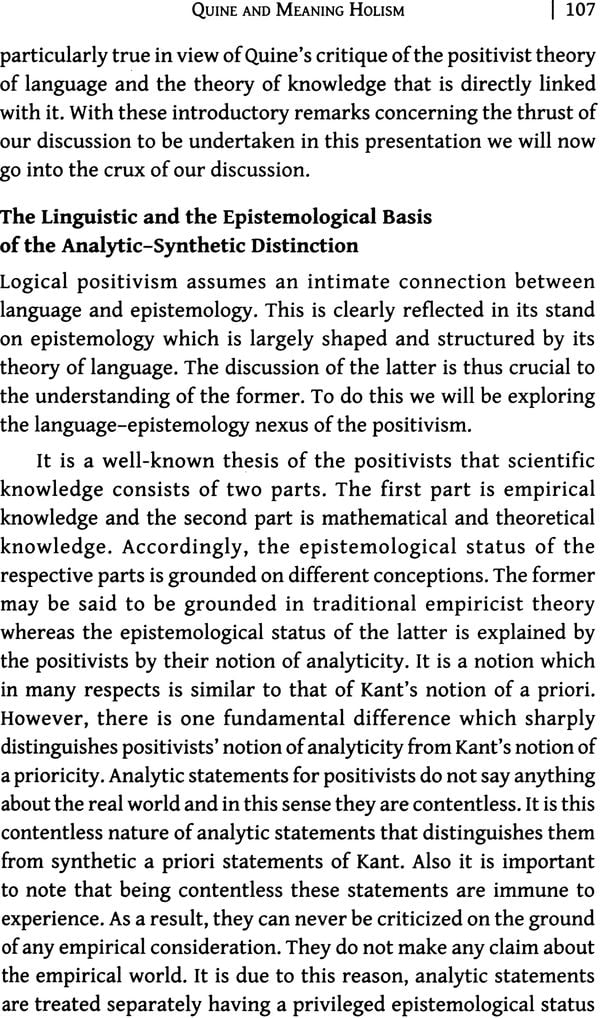 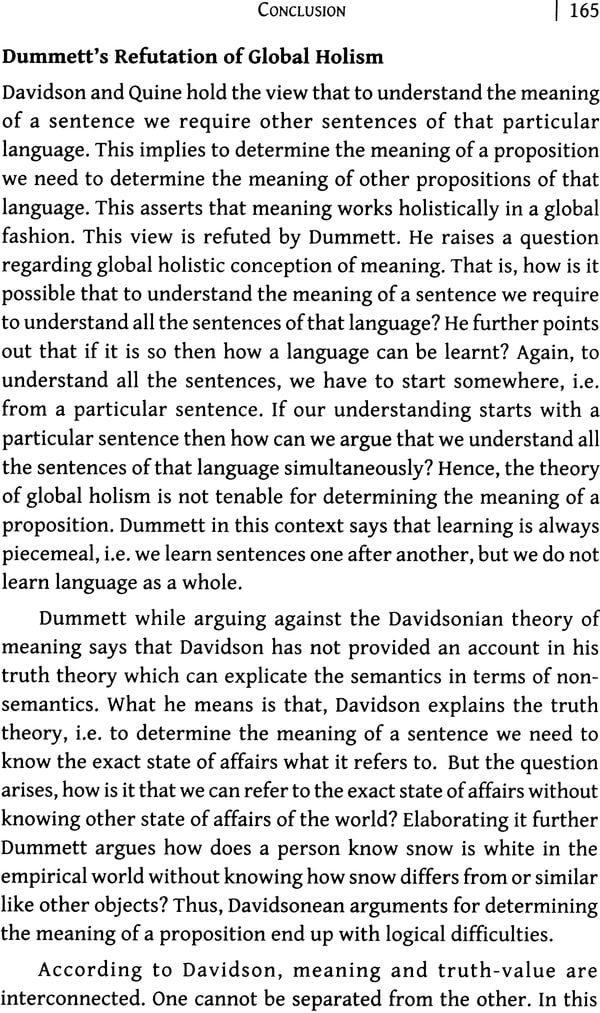 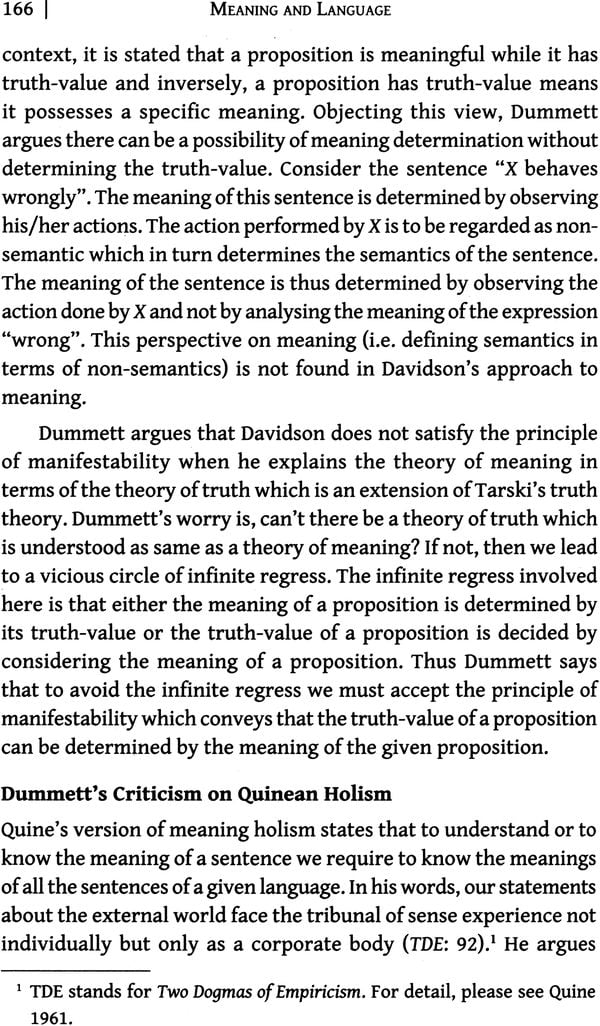 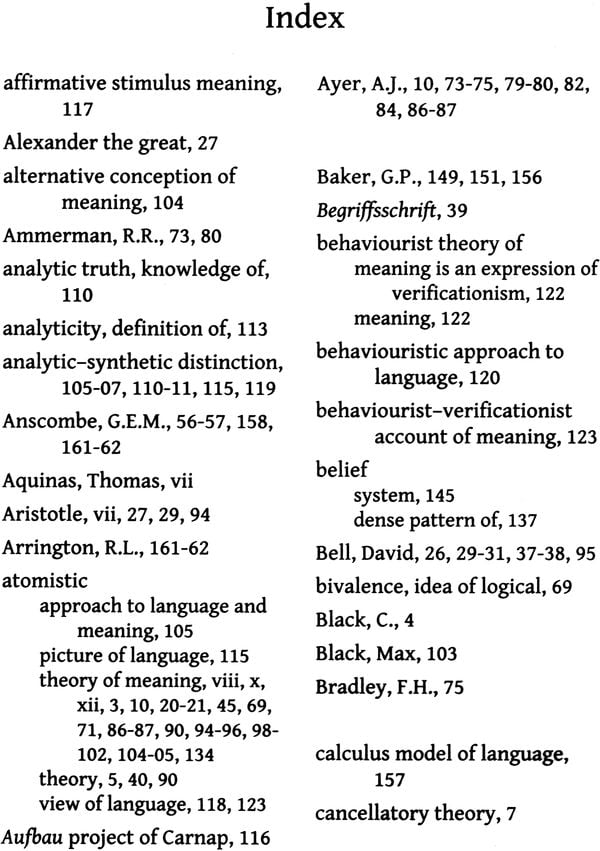 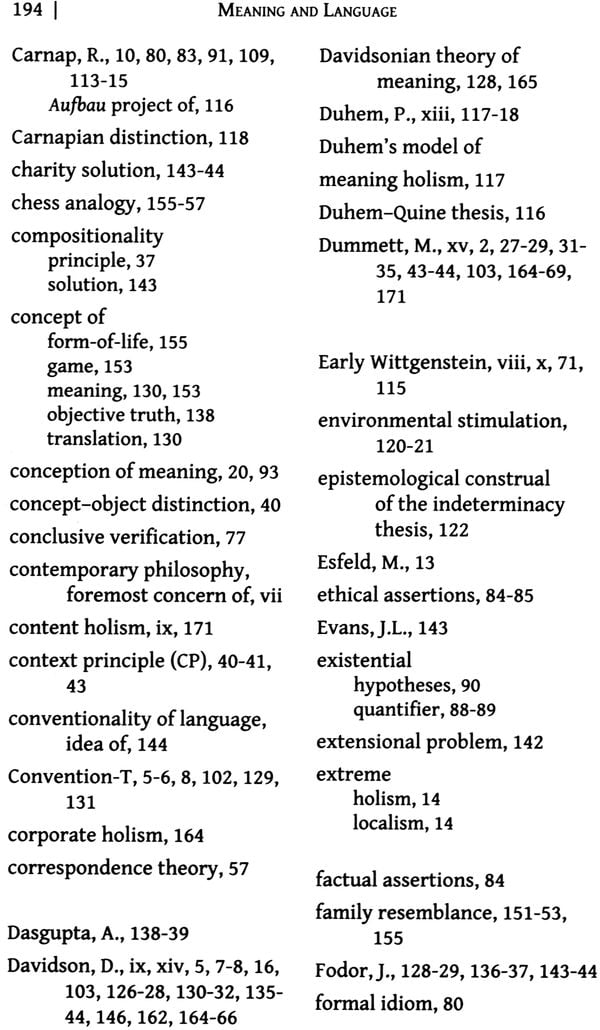 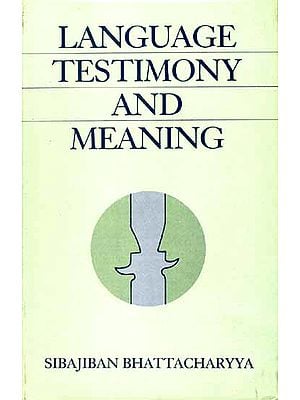 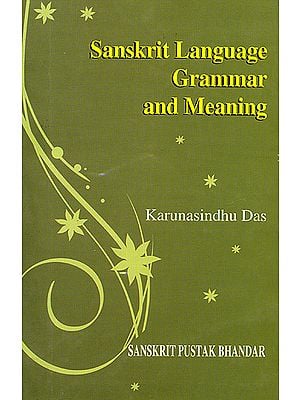 Language Being and Cognition (Philosophy of Language and Analysis : Contemporary Perspective)
By Devendra Nath Tiwari
$71.25
FREE Delivery
$95  (25% off)

Indian Language Highway For All (A Broad 17-Language Highway Through the Mother Tongues of India and Her Neighbours: Sindh, Burma, Ceylon)
By Adeltha P. Siitaa Devii, Introduction by Dr. K. Kunjunni Raja
$24.75
FREE Delivery
$33  (25% off) 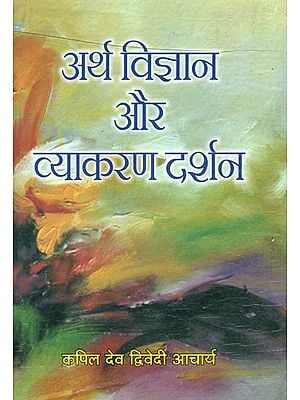 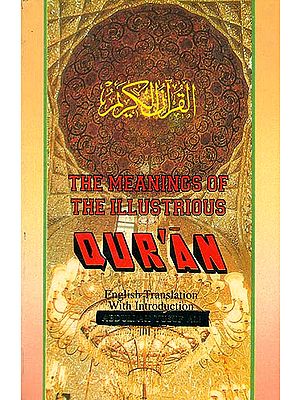 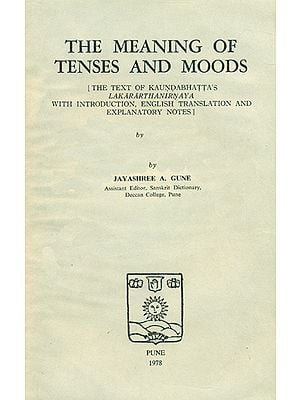 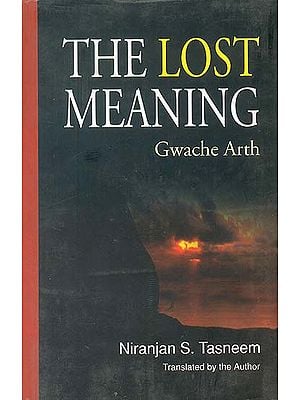 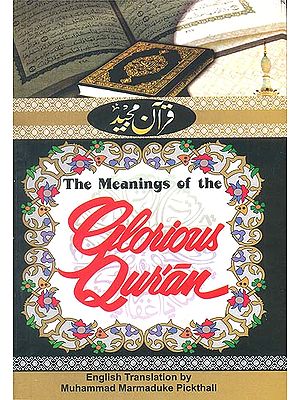 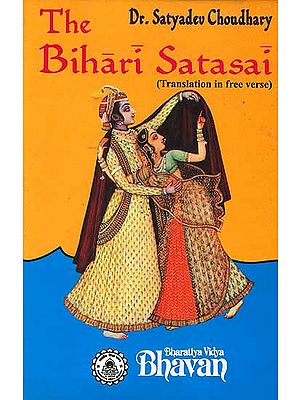 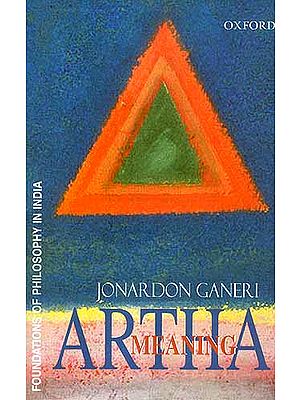 The Meaning of Nouns (Semantic Theory in Classical and Medieval Indian)
By Madhav M. Deshpande
$41.25
FREE Delivery
$55  (25% off) 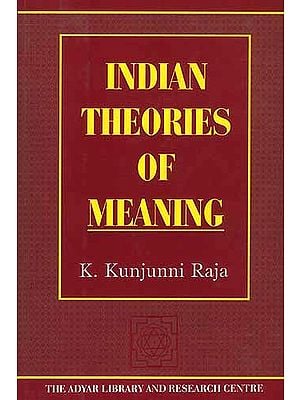