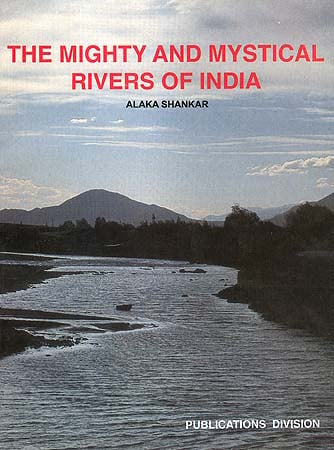 Taking some of the important rivers from all over the country, this book traces the course they took individually through the countries, and the areas it goes through - journey through various historical places and the important towns and cities which thrived because of its contribution - the dams and bridges across it - the irrigation support it gave, the festivals that take place along the rivers - the significance of the river to that particular state or region it flows through - and more.

Ms. Alka Shankar, the author, is a writer of repute. Writing on varied subjects she has established versatility in treatment. Her published books include, amongst others, Indira Priyadarshini, Forever Nehru, Shankar, in the class of biographies. Picture books and Adventure books have been her forte, prominent among them being, Sonali's Friend, We have New Friends, and The Big Catch.

She has been a broadcaster and has also created over a hundred cassettes on diverse subjects of literary and cultural interests for children. Specialized in Public Relations Ms. Alka Shankar is a writer with many facets.

The sound of gurgling stream in a deep, thick forest becons travellers to dip their tired fet in its cool, cool water. Bubbling, gliding, severing, the stream stirs happy memories of childhood, of youth, of the many happy years gone past. It rustles up dreams-airy and imaginative-of the future that is yet to see and to think the creator of these wonderful images is none other than an unubiquitous colourless, formless, odourless liquid? A mere oxide of hydrogen. A new chemical? Yes, water is that fantastic, magical substance-the very maternal of life itself.

You know, our earth is three fourths water and only one part land. The rivers, the streams, the lakes, the ponds, the brooks are all different bodies all originating from one source-the ocean. They branch out from this main water source and go backin timemuch with its experience of the countries, the lands, the climes, the people, their culture and the invaluable heritage of the years gone by. India abounds in rivers. Transcending from the peaks of the Himalayas-their waters merge into the many seas landscaping the continent and finally into the Indian Ocean. As you stand on the banks of any river, and stare into be a big river or a small one-it has a personality of its own, as distinct as the land through which it flows.

Presented here is the story of The Mighty and Mystical Rivers of India-the main arteries of sustenance, throbbing with hope and life. The effort is to give in simple details the richness and importance of their presence. Let us hope the book will prompt you to explore and seek more and get the maximum out of our rivers.

From early childhood, I have been fascinated by nature and its bounties-the awesome mountains and their mysteries-the birds and animals in all shapes and colours, living among the majestic trees and wild flowers; the vast ocean and its deep secrets, the endless desert sands stretching out to the horizon and even the changing hues of the sky, sometimes lined by a row of birds in flight and sometimes the appearance of rolling clouds bursting into thunder and lightning and pouring down as rain. How beautiful it all is! The more I experience it, the more enchanted I am and it becomes an endless search, to discover more and more of this beautiful world of ours.

The sound of a gurgling stream in a cool dim forest always draws hikers to dip their feet in the clear cool water which flows along with a sound like rustling leaves, sometimes turning to a foaming white cascade and falling down in the ripples of a deep pool. Bubbling, glinting and swirling through the thickets, the stream plays a game of hide and seek and suddenly disappears from sight around the bend.

Water, without which there would be no life on earth. But what is water? Where does it come from? How is it formed? What is its source? Yes, it is so common that we take it for granted. And yet, it is one of the most amazing and most rare materials in the whole wide universe.

And did you know that water is also a powerful chemical? You may put it in various strong and tough metals and in due course of time, the water will dissolve them! What is that fantastic magical substance which is the very material of life itself.

Water-the colourless, odourless liquid that descends from the clouds as rain, forms streams, lakes and seas, is a major constituent of all living matter. It is an oxide of Hydrogen which freezes at 0 degrees centigrade, and boils at 100 degrees centigrade, is the explanation you will find in most dictionaries.

Water is what we drink, wash in, cook with, swim in; it falls from the sky as rain. The RIVER also is water. The ocean also is water. And yet they are formed differently. Let us first find out how the ocean was formed.

Scientist tell us that our earth was formed more than four and a half billion years ago. For a long time, it had no water on its surface. Its inside was so hot that it was a boiling liquid. Its outer surface too, was so hot that even a drop of water touching it, would surely have evaporated.

Yet, another group of scientists think that when the earth's surface started cooling, steam came rushing up through volcanoes and geysers, which we find even today. And when this steam hit the cool air, it changed into water. The water then ran downhill and over hundreds and millions of years, it filled up the lowest parts of the earth's rocky crust.

The sea unfolds a story of discovery and trade, adventure and exploration, of strange creatures and corals and weeds and flowers. When you stare at the sea you will recall some of the stories you have heard or read, of ships and boats that crossed it and of the dangerous risks and high adventures undertaken by the travellers.

And did you know, that most of the rain and snow that make our existence possible, comes from the sea? And how is that possible

The heat of the sun causes a great deal of the water on the surface of the sea to evaporate and become a gas. This wind carries the clouds over the land. When these clouds move to a cooler region, the water vapor turns into droplets of water and fall down as rain or snow.

So you see, without the sea, there would be no rain and without rain there would be no life on earth. The snow from the mountain-tops melts and trickles down the mountain sides to become streams, rivulets, tributaries and finally a river. The rain and snow that falls down on earth soak into the ground and provide the moisture which is required by the plants to survive.

Without rain or snow there would be no fresh water and also no plants. And if there was no fresh water to drink or plants to eat, how would animals and human beings survive? Water is as essential to plants and animals as it is to human beings. It makes up over 70% of the body weight of a man. Since all chemical reactions of life process can take place only in the presence of water, no living thing can exist without it. A moderately active man must drink about five and a half pints of liquid a day. But beyond this basic biological requirement, we need water for many other purposes. As cities grow, and population increases, the need for water also increases.

Have I set your mind ticking about this wonderful world we live in? Have you begun to delve into the mystery of our universe? Have you got ensnared by the wonders of nature? The more we seek, the more we will find and discover.

As I stand on the banks of the Ganga and stare into the deep flowing waters, my thoughts wander once again into the glorious past of our country, its history, its people, its culture, its heritage. Yes, the great and mighty Ganga silently flowing by, was witness to it all, through the centuries.

When you cross a river by boat or over a bridge, will you stop and think a while? Of its rich history, its mythological stories, the battles won along its banks, the towns and temples built along its course, the trade, the agricultural boom, and so much more. The knowledge you will gain will be fathomless. Seek and you will find it.

I dedicate my book to all the great and small rivers of our country, the rivers that are the pulse and life of our people. This book is a story of the rivers of India. And I hope you enjoy reading it as much as I enjoyed writing it. 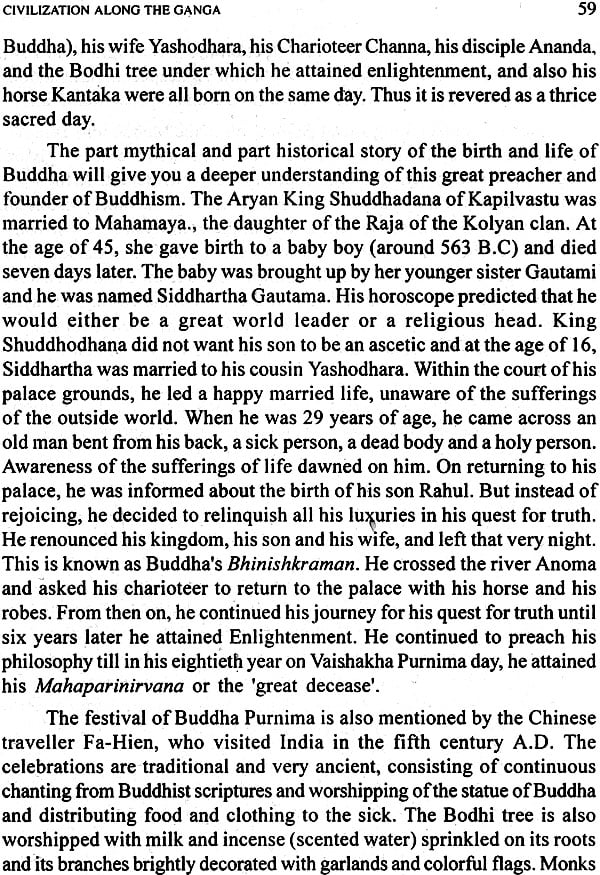 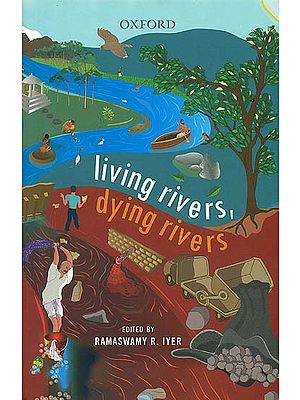 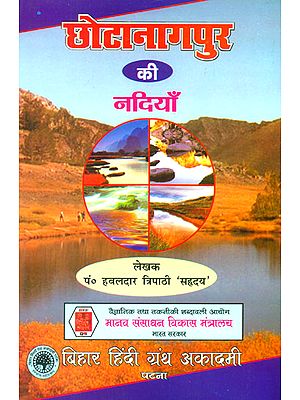 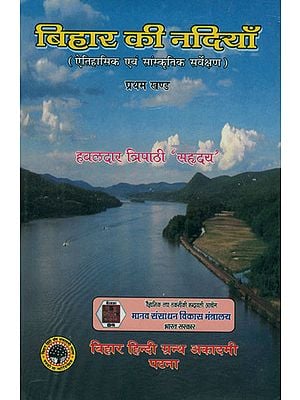 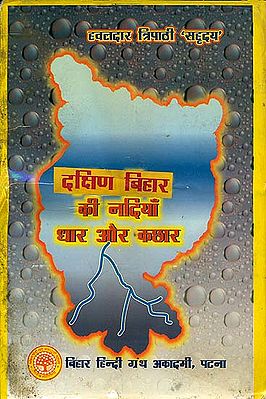 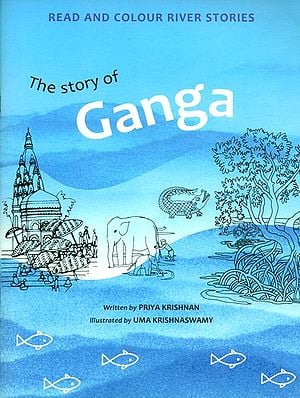 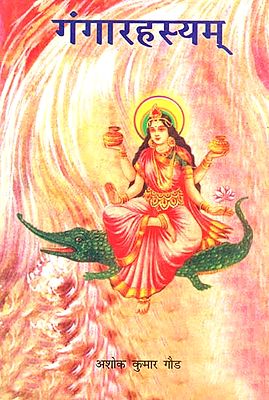 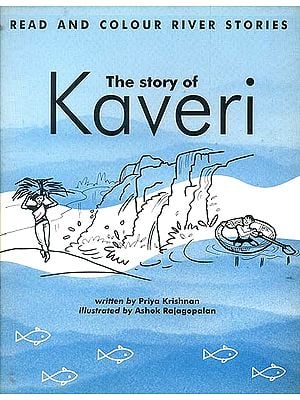 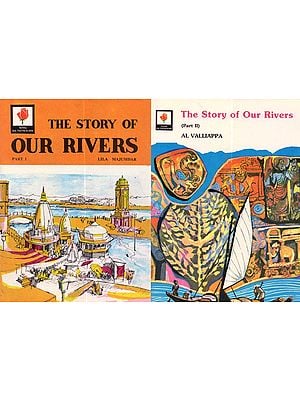