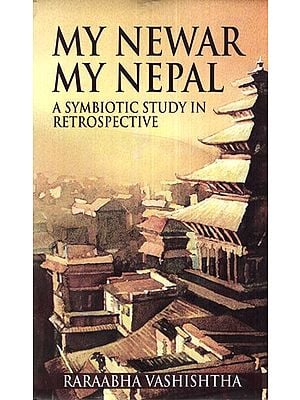 My Newar My Nepal (A Symbiotic Study in Retrospective)

The present work is basically an anthropological study of the Newars who are the denizens and promoters of the ancient land what we know today as Nepal.

The present work is basically an anthropological study of the Newars who are the denizens and promoters of the ancient land what we know today as Nepal. Parvata and Parvate, which is a toponym and ethnonym as well as a speech respectively, is postulated by the author to be the precursor and collaterals of all ancient South Asians who were pushed to the Himalayan hillsides by the incursive Vedic Aaryas and were thus marginalized. The coteries of the Vedic Aaryas, of whom some had waited upon, and serves as priestattendants of the pristine virgins in the past did develop animosities against the celestial Ladies during their peregrination that had begun in the wake of Out of Africa movement following the cessation of glaciations after the last Glacial Age around 10,000 BCE. The banished or displaced lots who retreated much later to the subHimalayan foothills are cognizable as Naagas who were the amphibian peoples and were known variously in ancient South Asia and they coalesced later into one or another stocks of Kiratas and Newars-who juxtapose into one and the same entity-- as the author theorizes as per available sources including the Vedas, the epics, and other Hindu religious texts in addition to some published works including the native chronicles. Newars are a linguistic club, and not as an ethnic group, he assets, whose members hailed from varied ethnos that were clamoured basically by the itinerants and fugitives who dwelled on Kali-hrada, the lake habitat of Kali-Naagas, which the author identifies with the mystic, and now vanished, Ilaavritta -as the Kaaliya-Naagas were subdued and banished by Shri Krishna-- and other entities. He dismisses Sankhadhara Saakhvaa as the sole promoter of Nepal Samvata.

The author opines that mythical Ilaa and her troupes upon arriving in hordes from Sahara which dried up and turned into the desert in fifth millennium BCE or so, repaired to secluded valleys of the subHimalayas and founded a realm, named also Ilaavarsha, that stretched in the form of crescent from the Brahmaputra River in the east to the Sindhu or Indus in the west. The stoic Kiratas who seem to have been the minions of the moon goddesses and waited on the celestial Ladies to satisfy theirs all whims however turned abusive to the goddesses and incurred the natural wraths of the latter that consequently disintegrated Ilaavritta which nonetheless resurrected later as Kiratadesha, the realm of Kiratas. The Kathmandu Valley, which has of late been the synonym of Nepal, was the urheimat of the proto-Newari speakers whose speech developed into, and subsequently spread, the author is convinced, as the Tibetan language, in the dim past. The thesis also points out the fraternity of ancient Kiratas alias Newas with the Biblical Nephilim and the ancient Mesopotamians.

The Proto-Newari speakers who eventually groomed the heterogeneous society that was characteristically militant yet civil and urbane stand eroded today and yields to communal exclusiveness that is basically narrow and xenophobic which must, the author urges, be shredded.

Author Ramendra Raj Sharma Bhattarai Vashishtha alias Raraabha Vashishtha, who holds the PhD degree in Ancient History, Culture, and Archaeology from the Tribhuvan University, Kathmandu, Nepal, retired on superannuation in 1991 from the services of Nepal Government after serving the country and the government for more than 30 years. Dr Vashishtha lives with his wife in the USA now.

I consider myself a Newar but the people who claim to be the real Newars do not think so because my mother tongue is Nepali or Khasha-kuraa which they regard as an alien speech and it has no indigenous connection and, more importantly perhaps, I do not speak Newari, which some argue is not an appropriate term for the onomastic Nepal Bhaashaa, the language of Nepal, that is rooted, many urge, in the native soil: And, the inability to speak Newari has remained a deficiency to me. I could care the penchant less in the past; it disturbs me now most when I realize the empirical that the two languages have unequivocally had a common origin and the speakers of these and other cognate languages were fraternally related to same elk in antiquity. I resolved therefore to do away with the mistrust arising from misconceptions and the book is the outcome of the resolution which was augmented also with further readings on the subject and the browsing the related portals on the internet and processing available information diligently in order to use them as viable linguistic and allied sources, which were derived primarily from the pages of Wikipedia and other published work mostly, for the verification of the primary postulations, that I had begun jotting down in one form or other since long time back. The corroborating linguistic terms, affixes, or inflections-which are of mostly the Sanskrit lexica though vernacular phrases also, some of which are marked with diacritics and they are rare, are discernible in the essay-are italiced, as are the expressions that need to be emphasized, and presented in the parenthesis. Nonetheless, errors in the book stem from my ignorance alone, and I will attempt to correct the lapses as early as possible.

The first parts of the manuscript were completed long time ago and the related publications that have appeared since are not reviewed as they do not present, I believe, any contradictory clues barringthegenetic studies which the present thesis perforce circumvents; new compelling evidences, however, do demand revision and I abide by it. The redundancies or reduplications that have crept up, if any, in the texts, endnotes which are though a bit bloated to encapsulate as archival repository for future retrievals, or between the texts and endnotes as the results of my oversight or obsessesed notion and those will be modified in humility when opportune.

I am grateful to my friends and colleagues for their comments and criticisms of the premises I have presented with audacity in the book; I owe my gratitude to Dr. Sudhindra Raj Sharma, my nephew, for thoughtful suggestions. I am thankful also to my family, especially my dear wife Mridula, for their support and encouragement to my interest in the studies in the linguistic archaeology. My sons Mrinendra and Ragyendra and daughters-in-law Sarina and Dipree provided me with congenial environs to pursue the study during my sojourns in the United States and I thank them for the same. 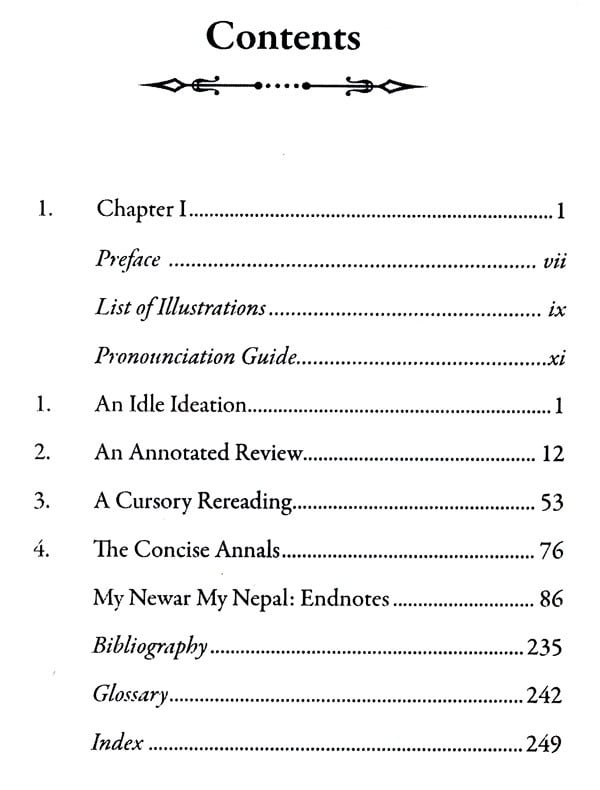 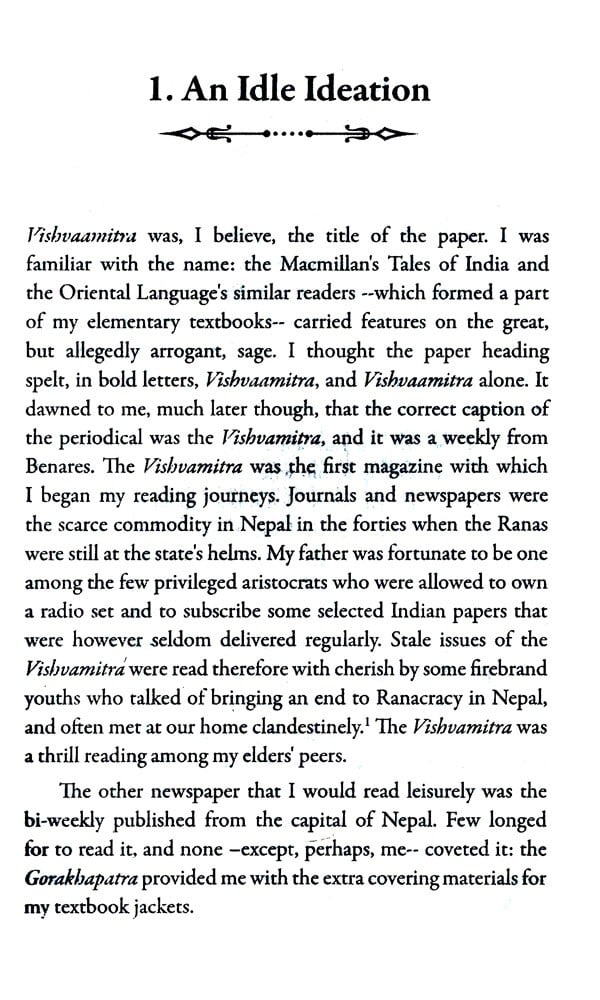 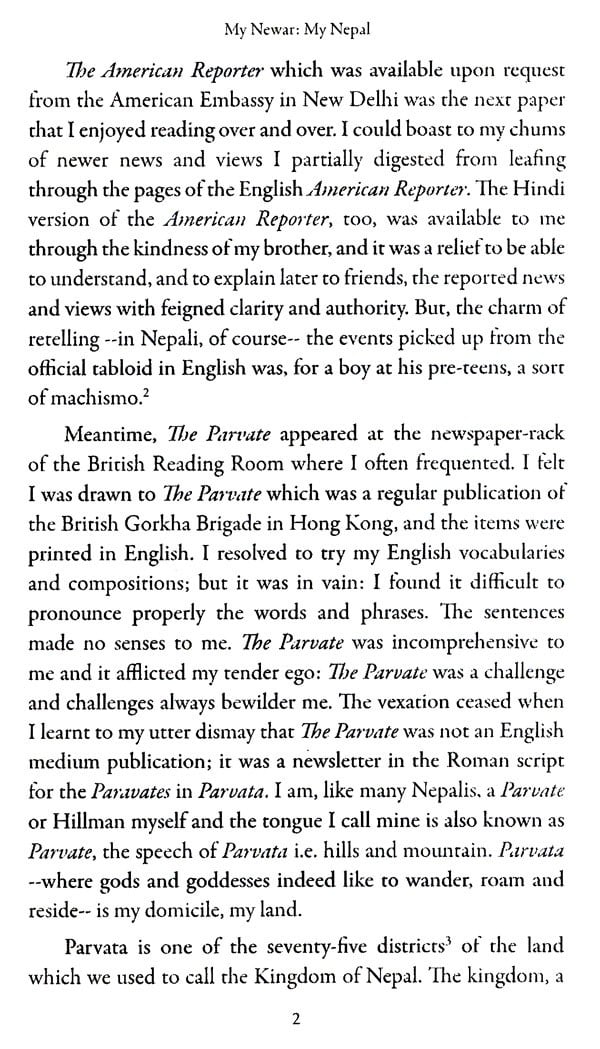 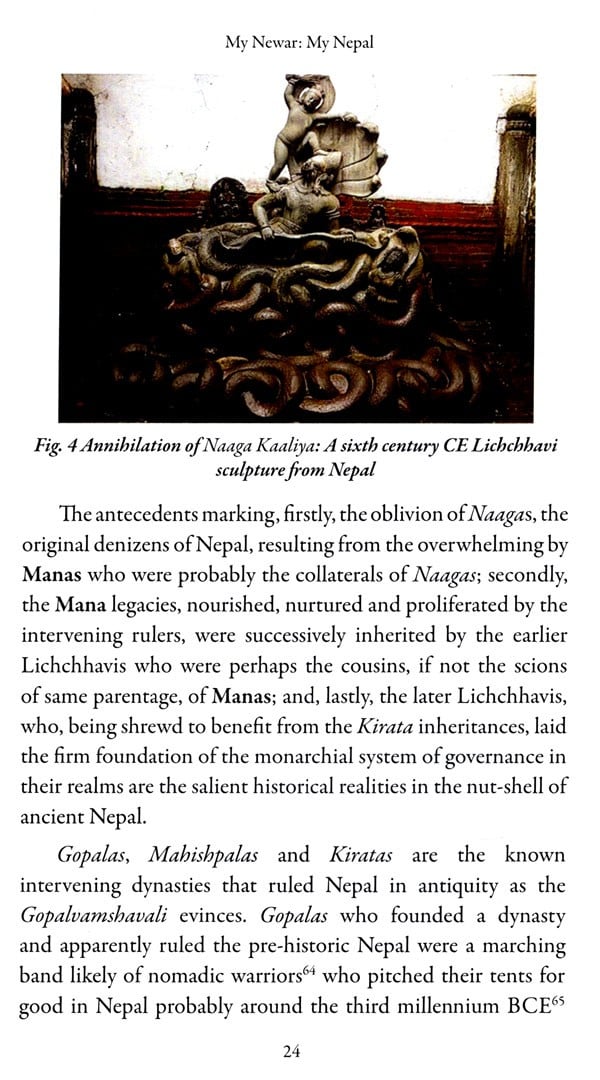 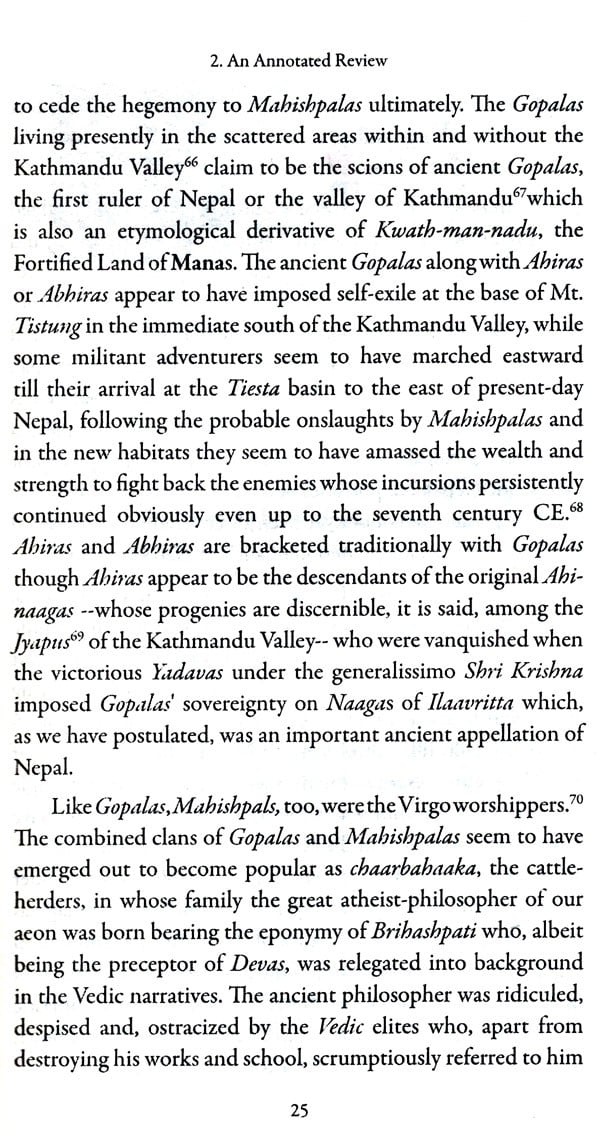 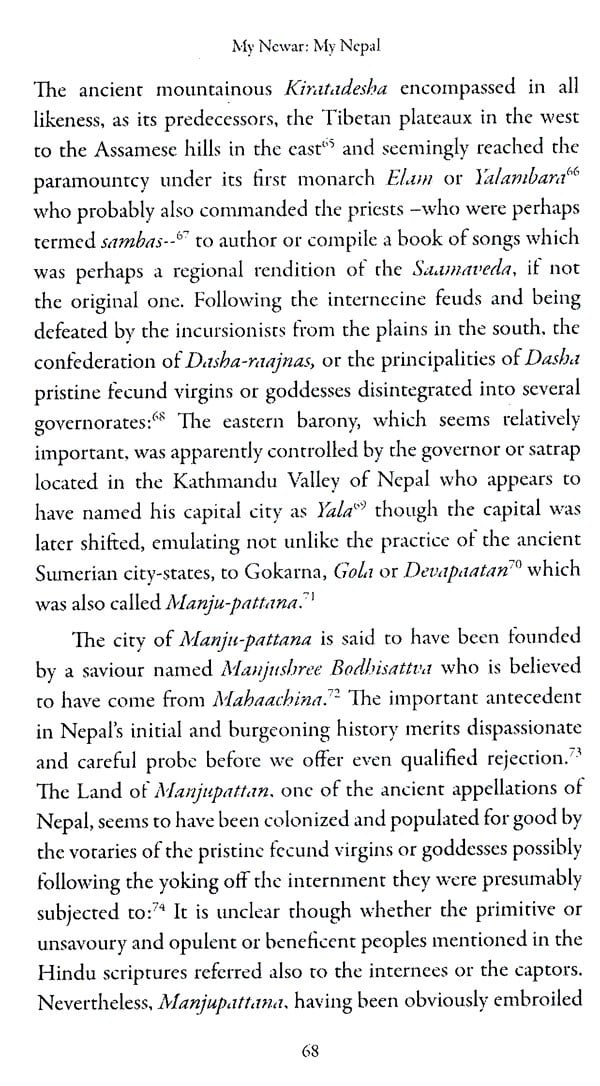 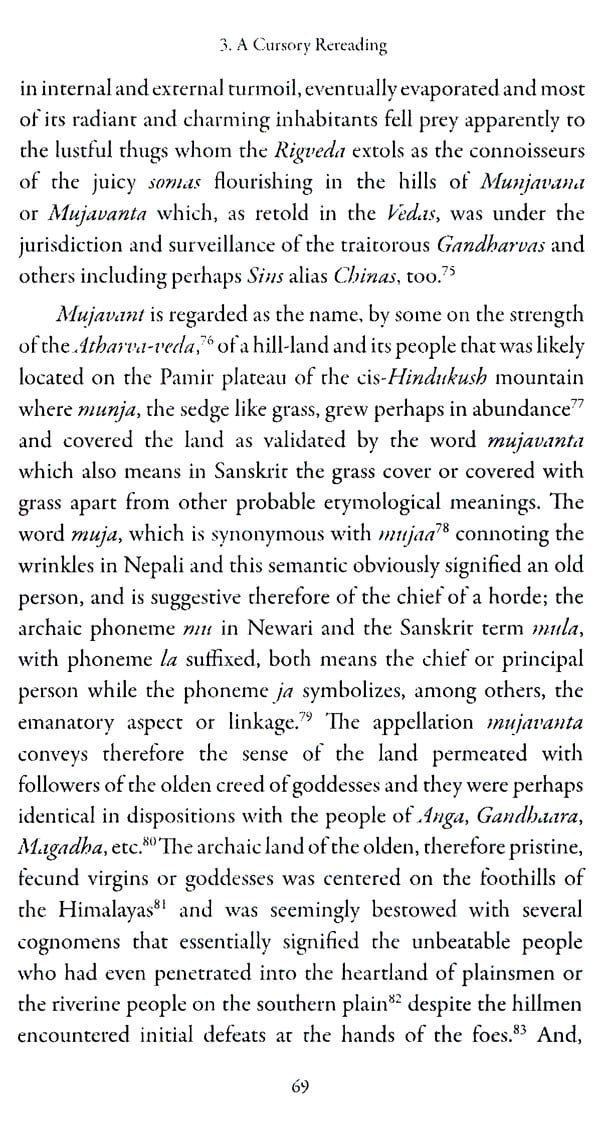 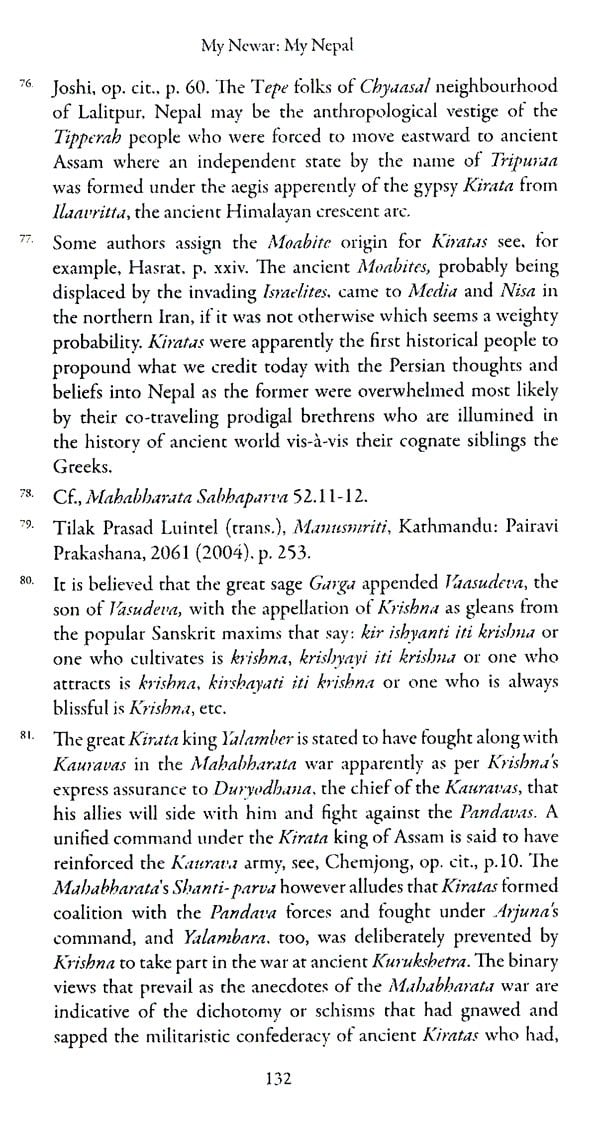 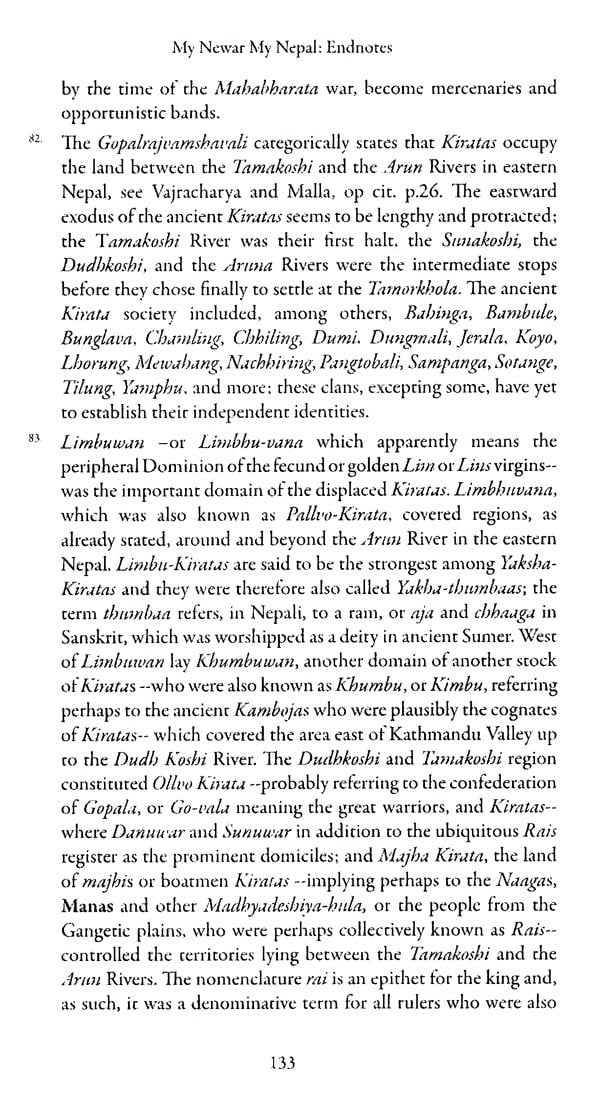 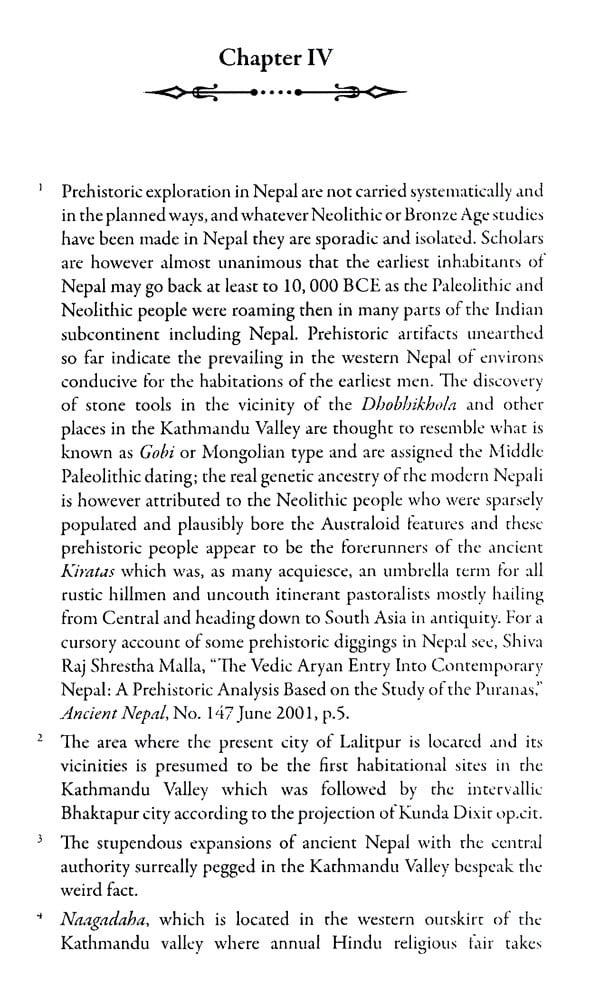 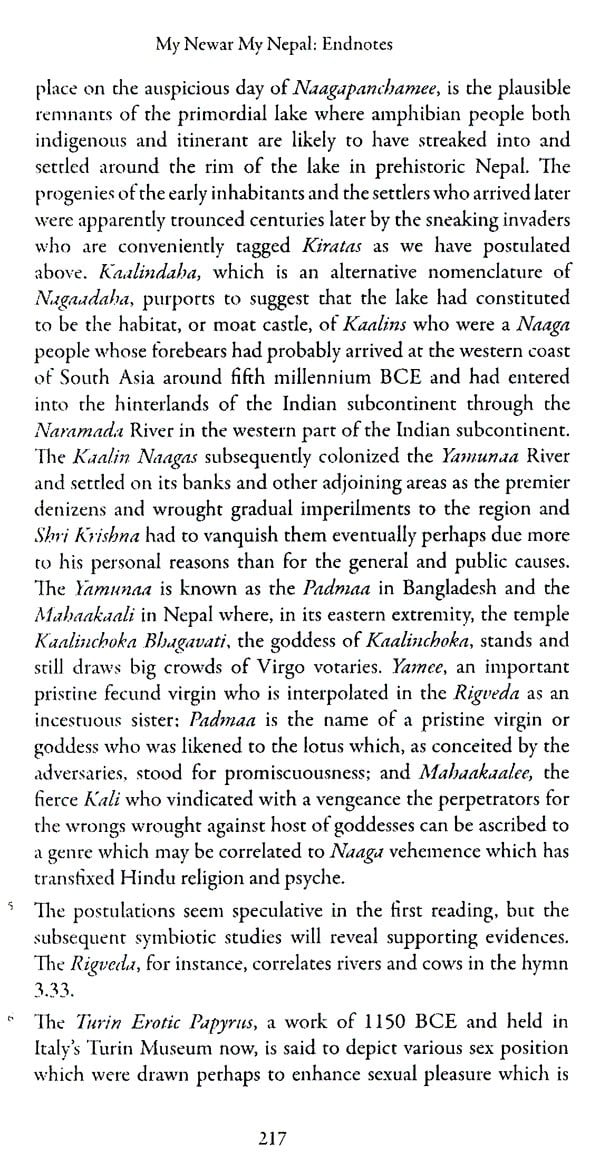 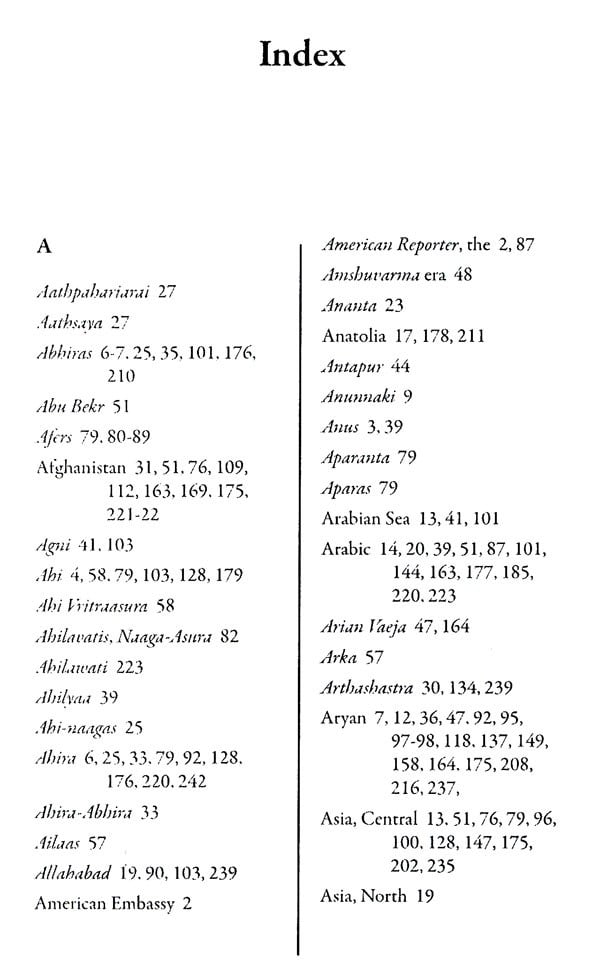 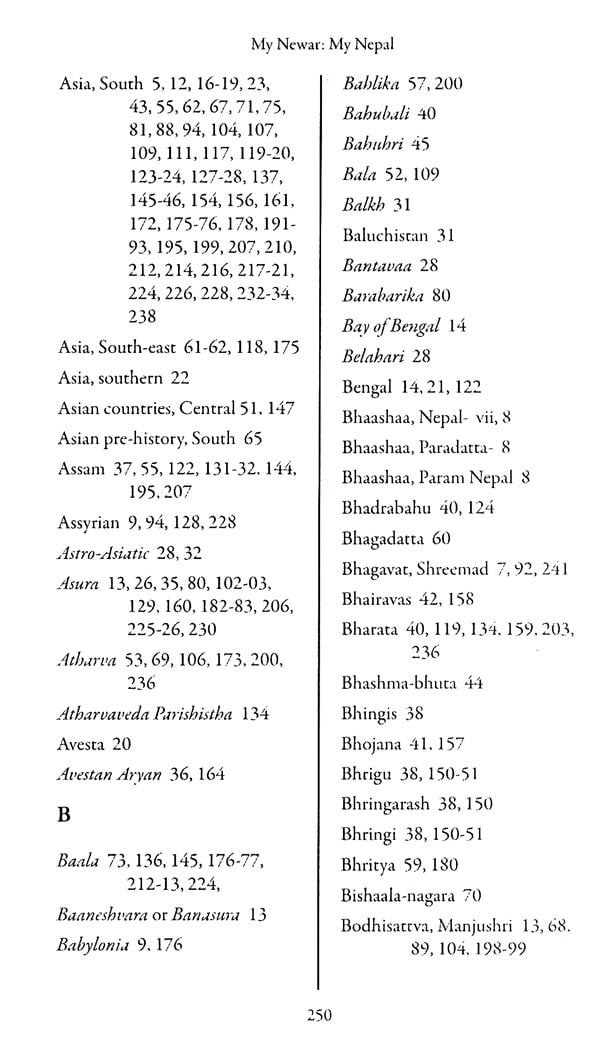