On the Path of Limitless Joy (Misery Forever at Bay)

His Holiness Jayapataka Swami appeared in this world on April 9, 1949 in Milwaukee, Wisconsin, United States of America. The day he was born was the Kamada Ekadasi, the ekadasi that immediately follows Rama-navami.

During his childhood, he displayed extraordinary intelligence and great interest in spirituality. When he was just eleven, at the suggestion of his grandfather, he cured himself of a skin disease by invoking the holy name of God.

At fourteen, he entered St. John's Academy, a college preparatory school, from where he graduated almost effortlessly, topping his class. Recognizing a student of great talent in him, several major American universities offered him scholarship. He enrolled in Brown University. As a fresher, he was so moved by a guest lecture on the life of Buddha that he lost all interest in his studies and began searching for a spiritual teacher. Since he could find no bona fide teacher in the West, he decided to go to India.

As he was preparing to go to India, he met the disciples of His Divine Grace A.C. Bhaktivedanta Swami Prabhupada and joined them on the Ratha-yatra day in San Francisco. Immediately thereafter, he moved to ISKCON's temple in Montreal, Canada, to meet Srila Prabhupada. There he helped raise funds for the temple during a time of hardship. SrIla Prabhupada then initiated him, giving him the name Jayapataka Dasa and soon sent him to India to expand his mission there. In 1970, Jayapataka dasa accepted sannyasa from Srila Prabhupada with the name Jayapataka Swami.

In 1971, land for constructing ISKCON's international headquarter was obtained in the birthplace of Lord Caitanya Mahaprabhu, Sri Mayapur dhama. Srila Prabhupada assigned Jayapataka Swami the task of fulfilling the instructions of the previous acaryas concerning Sridhama Mayapur by instructing him, "I have given you the kingdom of God. Now, develop it." Taking this instruction to heart, he performed a great deal of service "in helping to develop Sri Mayapur dharna. He also started preaching to the locals and visitors from Kolkata. With Srila Prabhupada's approval and guidance, he also organized congregational development in West Bengal, following in the footsteps of Srila Bhaktivinoda Thakura and Lord Nityananda.

With the approval of Srila Prabhupada in 1977, he was appointed a member of the Governing Body Commission of ISKCON. After Srila Prabhupada's departure from this world, he was instructed by the Governing Body Commission to expand his responsibilities to oversee various parts of the Krsna consciousness movement in and out of India. Thus, when his field of preaching started gradually expanding, he began to travel and, ever since then, His Holiness Jayapataka Swami has been travelling, working tirelessly to spread the Krsna consciousness movement in India and worldwide despite physical challenges to his health.

Since Srila Prabhupada had also instructed him to initiate and instruct disciples after his departure, he has been doing so, serving the ISKCON mission with his disciples to spread far and wide the glory and teachings of Srila Prabhupada and Lord Caitanya Mahaprabhu, constantly providing us with immense spiritual inspiration.

Hare Krsna! We know from experience that practicing Krsna conciousness is not as easy as it is simple. Every preacher we came across when we were introduced to Krsna consciousness said, "It is easy. Just chant Hare Krsna and render devotional service to Krsna and make your life perfect." Of course, it was an innocent trick to attract the conditioned souls to Krsna. But the experienced practitioners of devotional service know that the path of spiritual success is not strewn with roses; that unless one makes a conscious effort to advance in devotional service to Krsna, one will certainly fail to achieve the desired goal, despite being on the right path.

The path that leads to happiness is Krsna consciousness, while the path that leads to gloom is material hankering. In this book, His Holiness Jayapataka Swami juxtaposes the two paths and allows the reader to view for himself the dangers of meandering off the path of success, and onto the path of gloom. Emphasizing the need for us to remain fixed on the path of happiness, His Holiness holds us spellbound with his discussions of four important aspects of the path of happiness or Bhakti-yoga in this book, which are: (1) recognizing Krsna as the sole proprietor of Laksmi, (2) desiring high although living in this inferior planet called earth, (3) recognizing Bhakti-yoga as the cure-all for every ailment in this world, and (4) raising our consciousness form the dark depths of material life to the brilliant plateau of Krsna consciousness.

We humbly request the reader to kindly keep turning the pages of his precious book to see these discussions in greater detail and reap the obvious benefits. Hare Krsna! 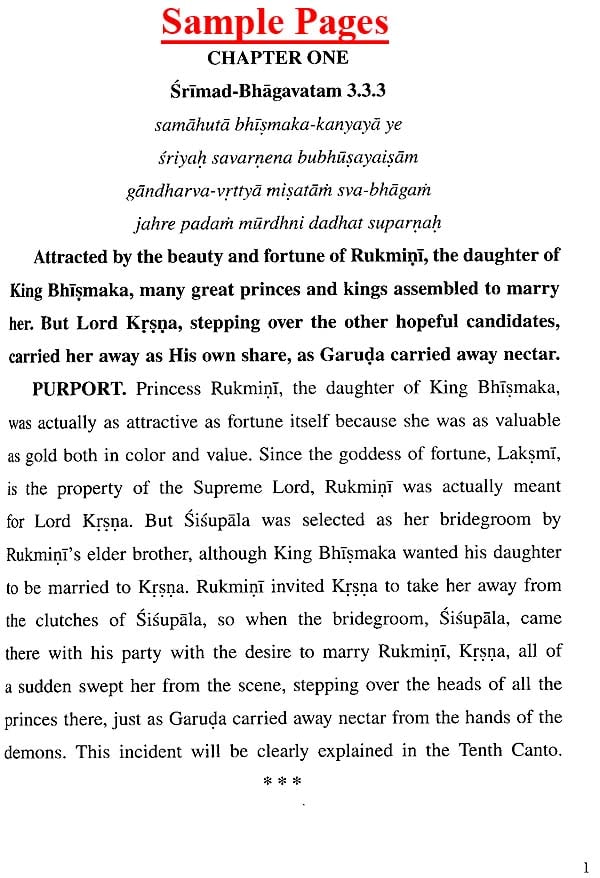 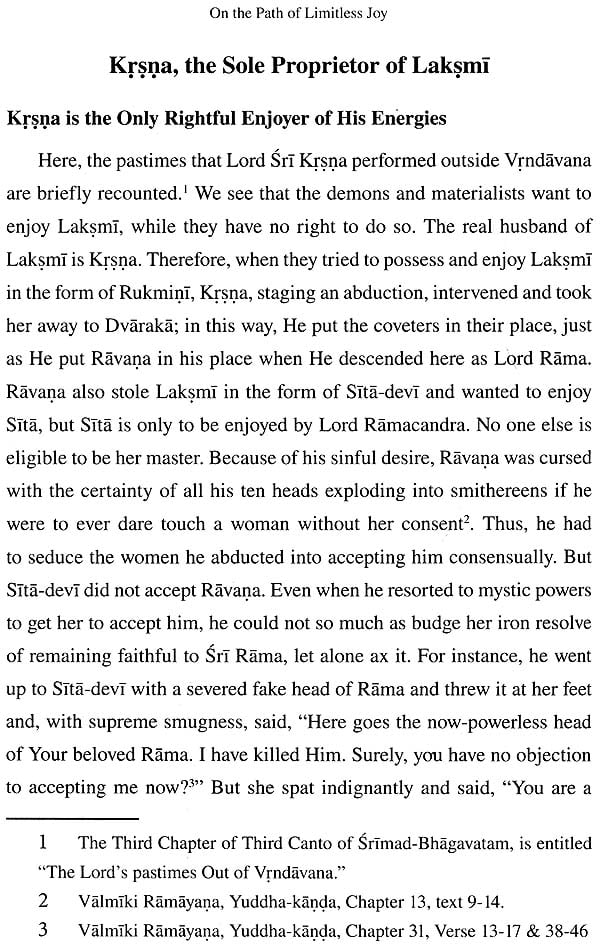 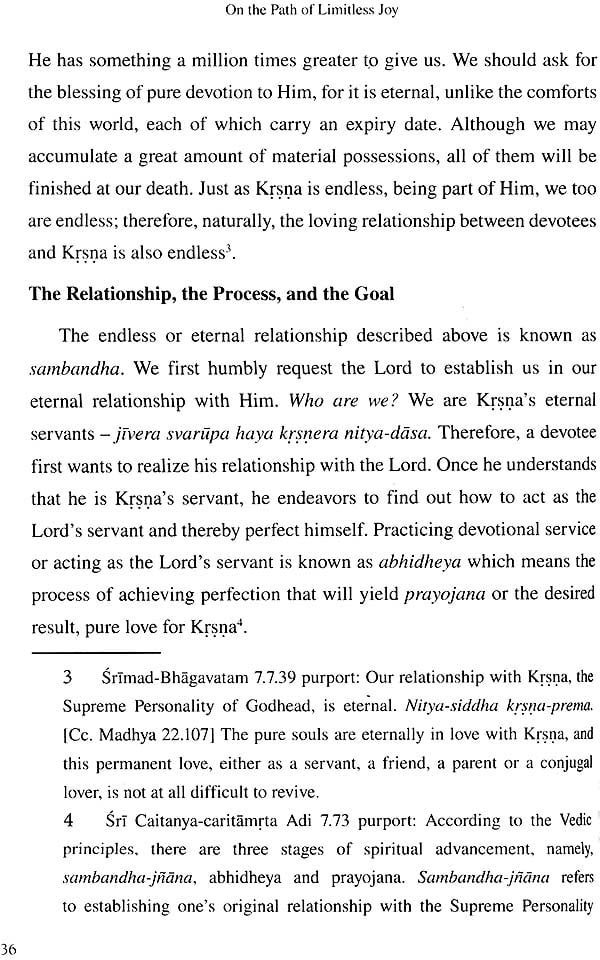 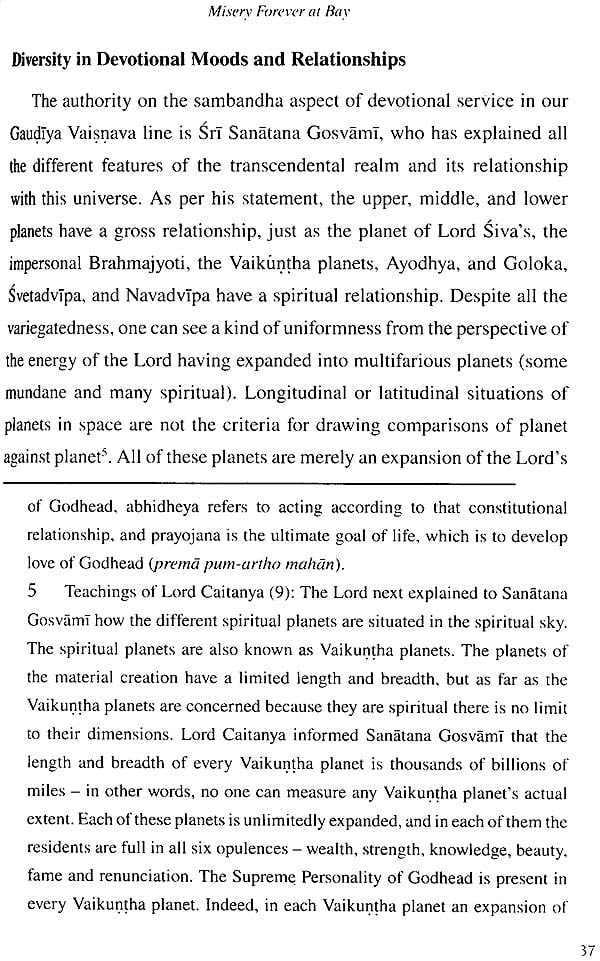 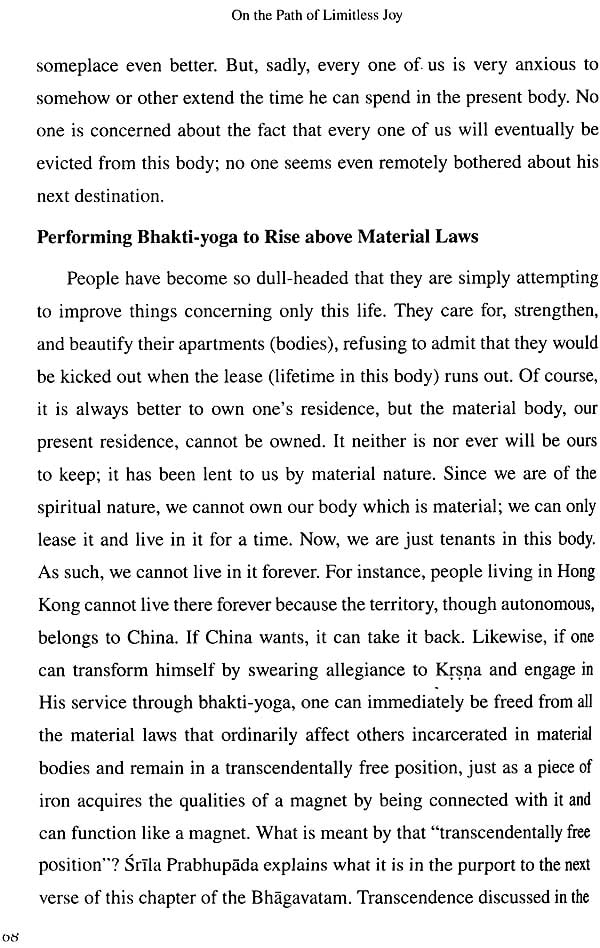 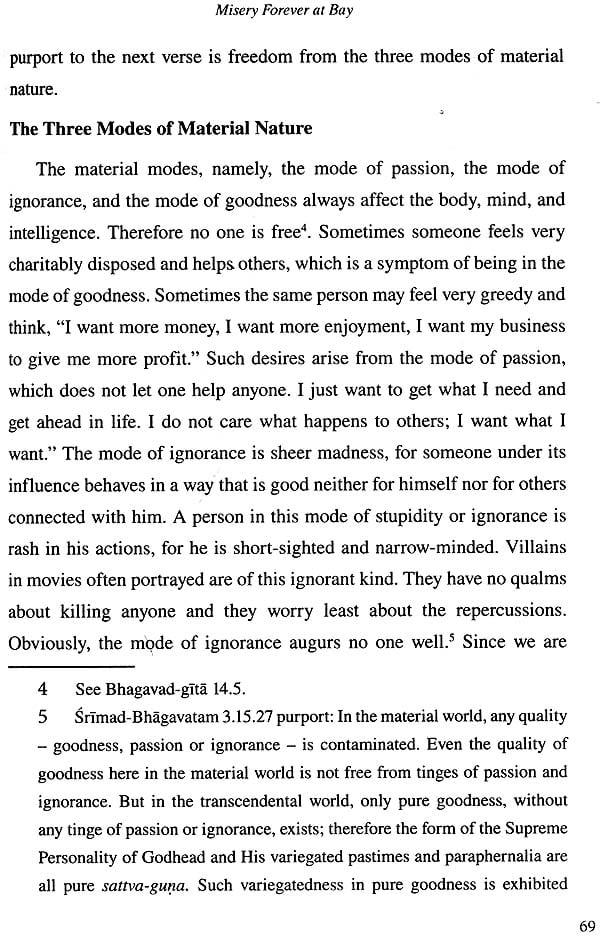 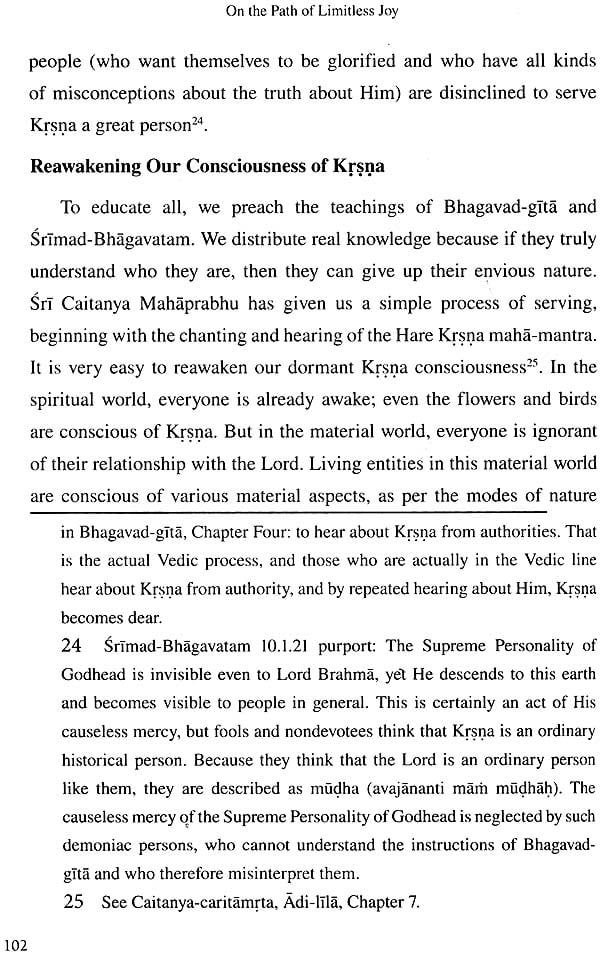 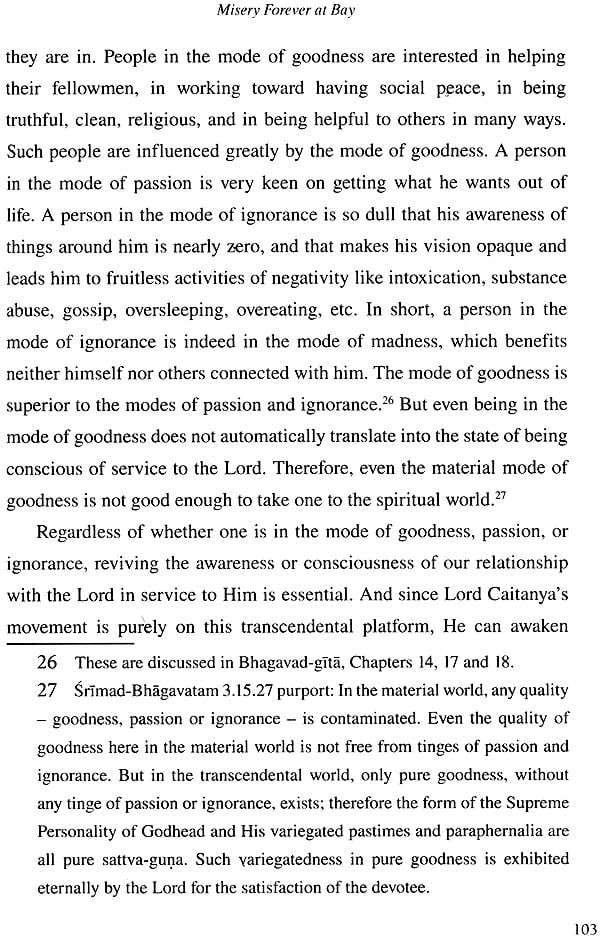 Radha Damodara Vilasa - The Inner Life of Vishnujana Swami and Jayananda Prabhu (Volume 2: 1972 - 1975)
By Vaiyasaki Dasa Adhikari
$62
Out of Stock Prameya Ratnavali (The Jewels of Truth)
By Srila Baladeva Vidyabhusana
$18.50