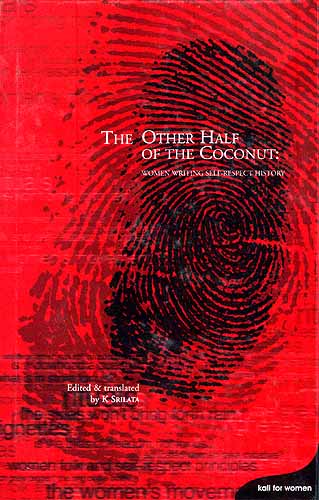 23 years in business
About the Book :

The SELF-RESPECT MOVEMENT launched by Periyar (E V Ramasami Naiker) in 1926 questioned the ways in which the lower castes wee systematically excluded from the Indian nation and constructed as the 'Other' by the Brahmin elites. While Periyar's role within the movement has received critical and scholarly attention, women Self-Respecters and the issues they raised have gone largely unnoticed. This collection of essays and fiction by women Self-Respecters translated from the Tamil could serve as the material basis for writing an alternative history of the movement. In mapping the voice of women who identified with the movement, this anthology helps us arrive at a different and richer understanding of what the Self-Respect movement stood for. There is an urgent need not only to improve upon existing Self-Respect histories but also to critique the ways in which they have so far been written. This anthology provides a basis for such a critique.

K SRILATA teaches English at the Department of Humanities and Social Sciences, Indian Institute of Technology, Hyderabad She was a fulbright scholar at the University of California, Santa Cruz. Her collection of poems, Seablue child, has recently been published by the Brown Critique.