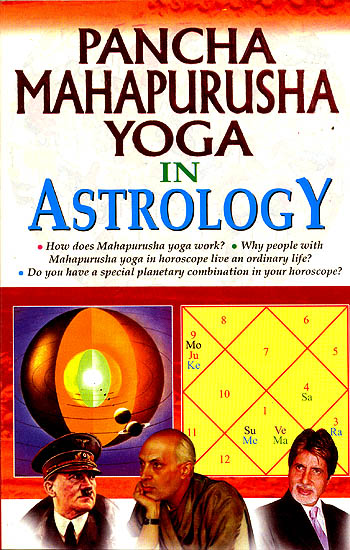 The great ancient sages Parasara, Varahmihira, Garga, Jaimini and their followers laid down various principles of Astrology and gave a specific direction to Astrology. The tradition of Vedic astrology still lives and gets enriched through the contemporary astrologers who interpret ancient Shastras in modern context for the welfare of mankind. This book also aims to pick one such strand and verify its relevance in practical day to day interpretation of natal charts. It is of special interest for a lay man who has constant urge to know what the future holds for him. The study has been presented in a comprehensible manner for this purpose.

Our ancient Shastras refer to the presence of different Yogas in natal horoscopes which define the personality and traits of an individual, Pancha Mahapurusha yoga is one of them. The Brihat Parasara Hora Sastra refers to this Yoga and highlights the special qualities of individuals born with this combination. Many of us find any one or more of the Mahapurusha yogas in our charts but often the results vary and sometimes the results of the yoga do not turn out to be extra-ordinary. This book aims to analyze the factors which play a major role while interpretation of any planetary placement or combination in natal chart. Thus the book analyses the theory and evaluates the reasons for varied results related to this yoga.

A comparative and analytical approach has been used to reach the conclusion with the help of our case studies taking up the charts of people who are not so extra-ordinary although their natal charts show the presence of Mahapurusha yoga and also of those who have been achievers due to the presence of this combination. Thus highlighting the importance of interpreting ancient classics in contemporary context and in the light of practical reality instead of doing literal interpretation.

Neela R Gopal (b.1972) has done her Masters in Political Science from Mumbai University. She successfully completed a basic course on Human Rights at The International Institute of Human Rights at Strasbourg, France and has done extensive research on Human Rights. She also holds a degree in Computer programming and Applications. She as a lecturer in Political Science was exposed to research which helped her study and understand Astrology. She has been constantly studying various aspects of Astrology inspired by her father. Currently she is working on Gandhi’s Autobiography and his natal chart Parallels.

N.R.Gopal (b. 1964) has done his Master’s in - English Literature from Mahatma Gandhi Kashi Vidya-peeth, Varanasi. He holds a Ph.d. He has authored A Critical Study of the Novels of Anita Desai. He has edited the book Indian English Poetry and Fiction and Tanvangi a collection of poems. He has successfully completed a minor research project on Freuds Psychological Categories and Harold Blooms Literary Theory awarded to him by the U.G.C. He has also been awarded Associateship by the I.U.C. at Advanced Studies, Shimla. He has authored number of research articles and got them published. He has attended many National and International conferences. He is presently teaching Functional English and Literature at Govt. Degree College, Bassa, Mandi, Himachal Pradesh.

The Yogas in a horoscope are the clearest indicators of prarabdha (destined karma) along with the time of birth, the birth Moon, and birth constellation. An in-depth study of a horoscope shows how one would plunge headlong into hectic activities, sin intensely, show ingratitude, and get trapped in sinister karmas. Astrology was studied only for this purpose, and counselling given was based on the one central aim of improving one’s spiritual life. There are many secrets of Jyotish which are not given in books. Rishi-like astrologers first examine this aspect (prarabdha karma through yogas) in a horoscope.

Astrology was studied by the rishi-like astrologers for the purpose of giving counsel with the central aim of improving one’s spiritual life.

Our natal or birth horoscope is a reflection of our Karmas in our past lives. Often we tend to complain about not receiving what we deserve. Why it happens that a person with humble beginnings rises to the pinnacle of success ? Our Karmas of the past lives follow us and are a key to our present success and failure. It is wrong to presume that we die and the truth is that our Soul always moves on the path towards communion with the Ultimate. Water vanishes from our physical eyes but it actually turns into water vapour. Our body consists of five fundamental elements ether, earth, fire, water and air. It vanishes into the same after death. One always has to face the consequences of deeds performed whether good or bad. If not in the present, they pass on to the next life in the form of Sanchit Karma. The law of Karma is inexorable and impossible of evasion said Gandhiji. However one should not be disheartened and be passive in adverse times but go on doing good Karmas as said in Bhagvad Gita without worrying about the results which are not in ones control. While our Sanchit Karmas cannot be changed we have free will to change our current life situations and do some future planning through Kriyaman and Agama Karma. In brief we should perform good deeds irrespective of apparent paradoxical life situation prevailing before us as is said, Paropakaray Punyaya, Payaya Parpidanam’.

The Yogas present in a birth chart bring good fortune and happiness or sorrow and disappointment in the life of an individual. The Pancha Mahapurusha yoga as mentioned the classics of Vedic astrology enhances positive indications in life. This Yoga manifests itself in a horoscope when either Mars, Mercury, Venus, Jupiter or Saturn occupy their own or signs of exaltation in angular houses or Kendra houses. This book studies different aspects related to this yoga. The first chapter is an introduction to the theme and it refers to ancient origins or different classics which refer to this yoga, its definition and how they elaborate upon it.

The second chapter takes us from definition to an insight upon various factors which actually play a major role in deciding the impact of the Yoga or special planetary placement in a particular chart. These factors include the consideration of the Lag-na, its strength, the planetary strength, characteristics of the planets and signs, the residential strength of planets and so on in an horoscope or birth chart. Thus we move from general to particular.

The Chapters third, fourth, fifth, sixth and seventh individually describe the five Mahapuruhsa yogas under various Lagnas or ascendants and discuss the probability of results under different ascendants. Finally after exhaustively dealing with the theory, in the eighth chapter there is an evaluation of the above discussed principles with reference to charts of people possessing this planetary combination. A comparative and analytical approach has been adopted by the authors and an attempt has been made to be clear and lucid to reach out to maximum audience.

Unless Lord Ganesha showers his blessings, it is impossible to excel in any field. We are blessed to have been able to bring out our study in the form of a book. The Scholars of Vedic Astrology, in India and abroad, have made exhaustive studies on different aspects of the subject. They will always remain a source of inspiration to us. We have here made a sincere attempt to pick up one branch of this massive free of knowledge and present it in a comprehensible manner. As is rightly said, Man is made in the Image of God and every thing on this earth is a manifestation of that omniscient, omnipotent and omnipresent God and so is the case with what we perceive through our mind. We believe that what we have learnt is a Prasadam given to us by him and ordained to be shared.

Different authors write on the same subject, the substance remains the same while the form changes. It is said Ekam Satya Vipra Bahuda Vadanti and so is the case with this book. We refer to the classics of Vedic Astrology and the principles laid down by them and see their relevance in the present context. Vedas are said to be ‘apurusheya’ and hence not easily accessible. They can be accessed only with efforts. We have made here an effort to study Pancha Mahapurusha yoga as referred to in our Vedic classics and we further go on to scrutinize and evaluate these principles in the light of reality.

Finally, we are highly thankful to Shri Sawan Gupta, publisher, for his encouragement and support to us. We should not fail to thank to Shri Kaka Hariom, Shri Rajiv Tiwari — editors for their co-operation.

Jyotisha resembles a ‘divine light’ emitting from the heavens for the guidance of mankind. It is one of the six Vedangas mentioned in our Upanishads. Vedangas are the branches or extensions of Vedas, namely, Shiksha, Kalpa, Vyakarana, Nirukta, Chhandas and Jyotisha. Vedas are the sacred Hindu texts in Sanskrit which form an important source of knowledge transmitted to us from our ancient erudite sages. Indian astrology is popularly known as Vedic astrology. The astrological classics followed today are the ones written by Rishi Parasara, Varahmihira, Garga, Jaimini and their followers. These great sages got knowledge and insight through introspection and Sadhana. The two main systems of Vedic astrology practiced today are the Parashari system and the Jaimini system. Astrologers today advocate use of combination of different predictive systems for a better insight and analysis. The tradition of Vedic astrology still lives and gets enriched through the contemporary astrologers who interpret ancient Shastras in modern context for the welfare of mankind.

Maharshi Parasara narrated Vishnu Purana and Brihat Parasara Hora Sastra to Sage Maitreya sometime during the period of 1850 to 1650 B.C. This ancient classic forms the basis of entire Parashari system. The Brihat Parasara Horn Sash-a is in the form of dialogues between Sage Maitreya who asks questions and Parasara who explains the principles. It is still the best classic on Astrology. Maharshi Parasara laid down various principles and gave a specific direction to Astrology. He is considered to be the father of Vedic astrology. He talked about the Pancha Mahapurusha yoga and defined the characteristics of Mahapurushas in his Brihat Parasara Hora Sastra. The Pancha Mahapurusha yoga (a special planetary placement) in a natal horoscope (Janma Kundli) highlights the special qualities with which an individual is born. The following sloka describes this yoga. 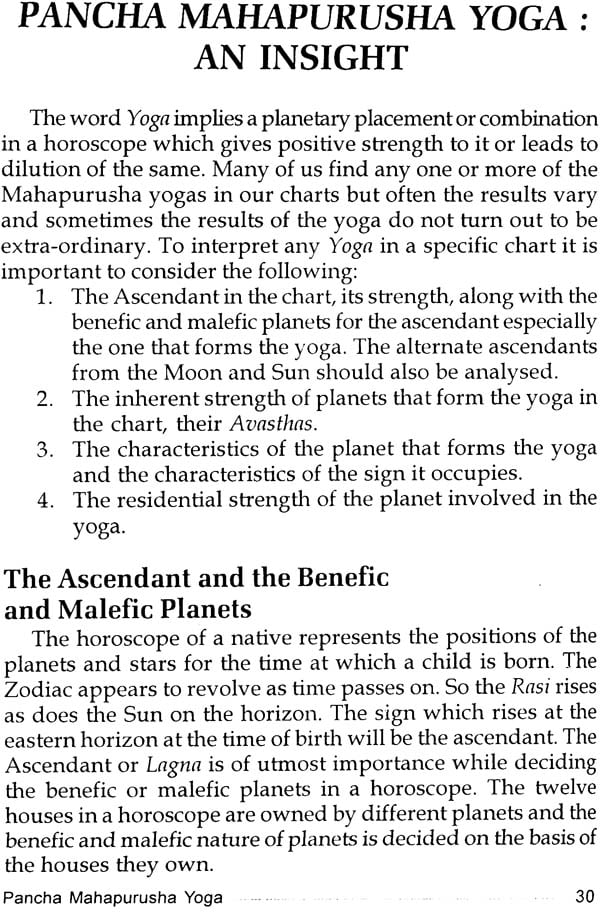 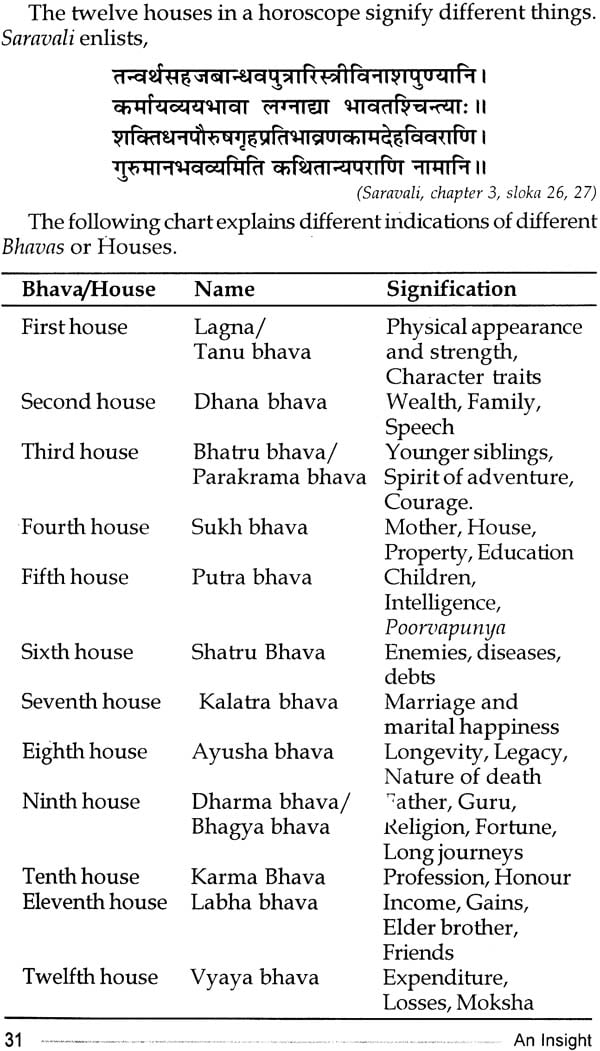 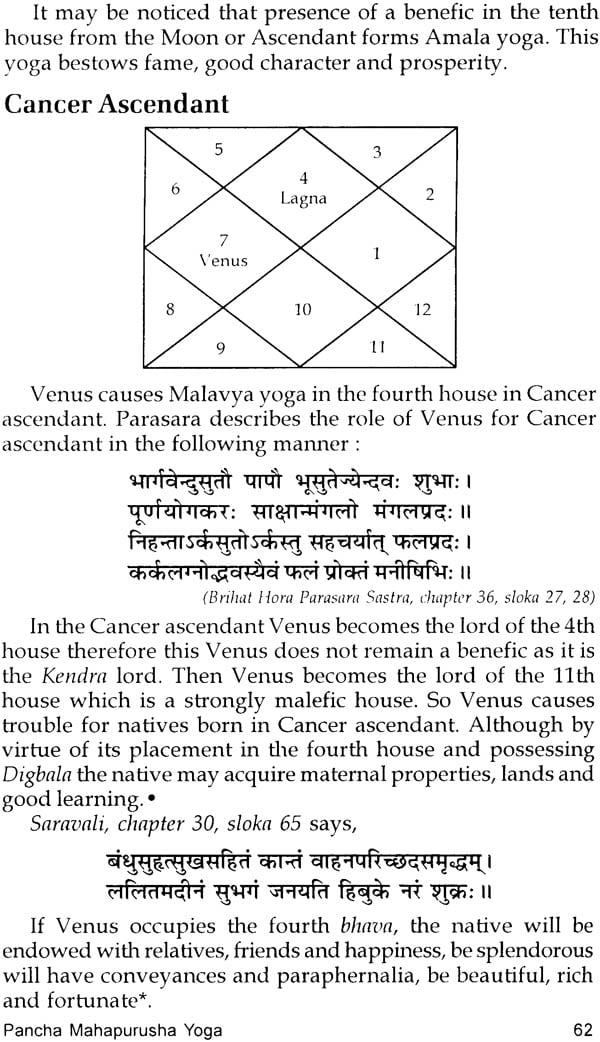 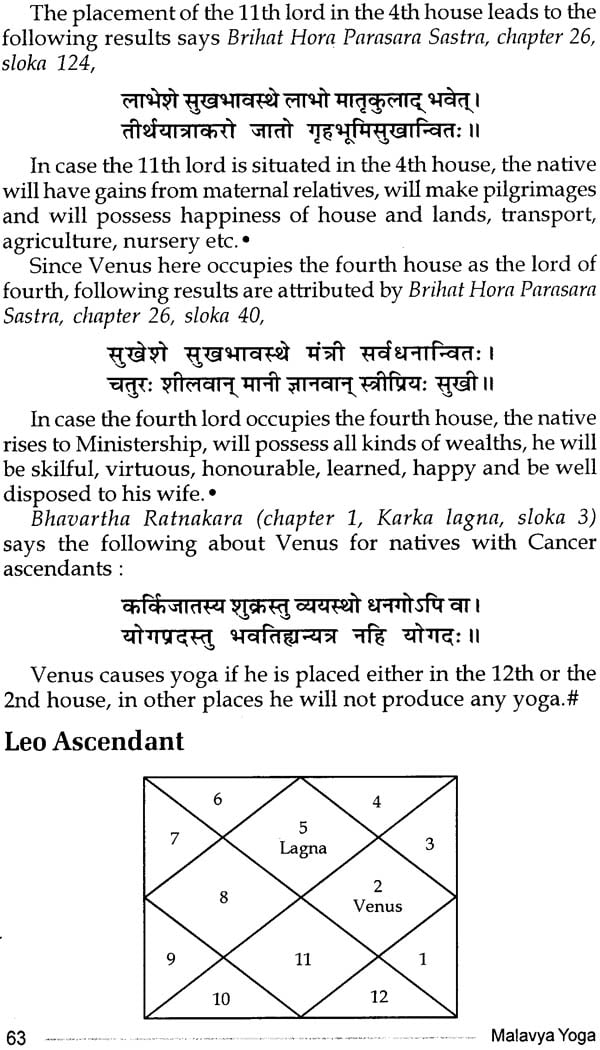 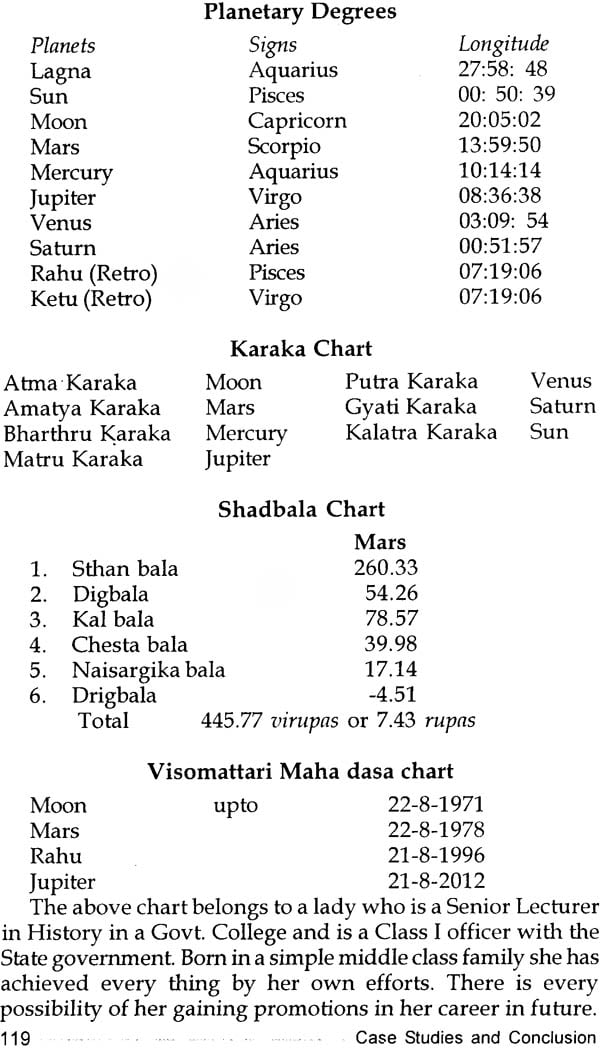 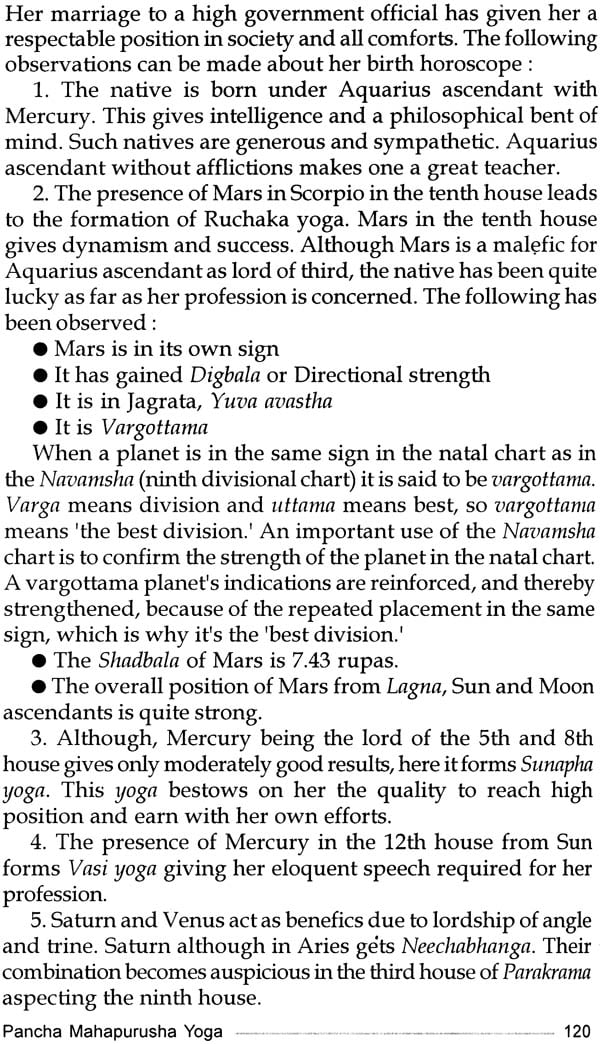 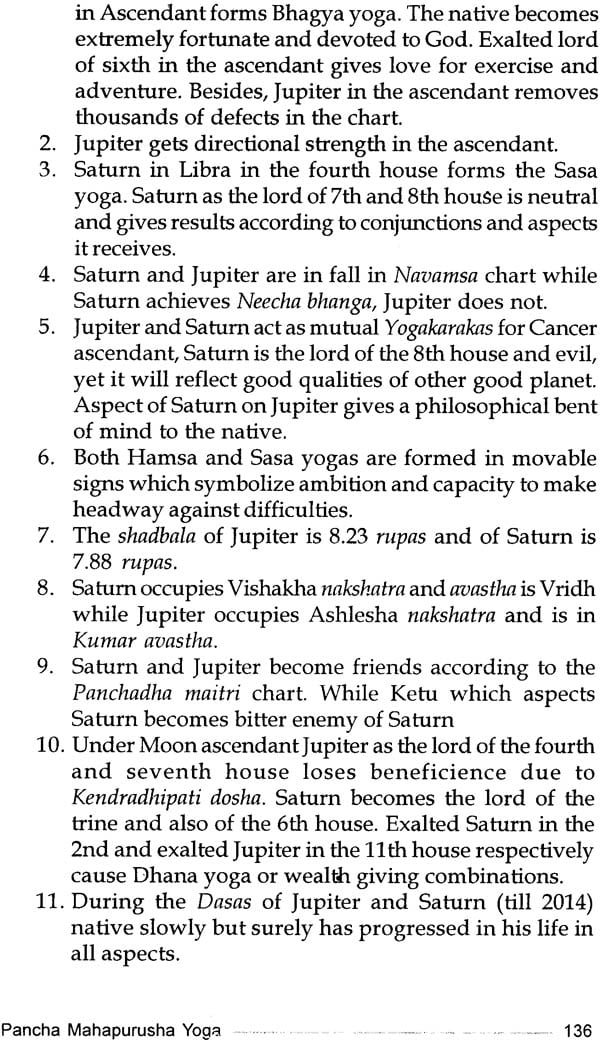 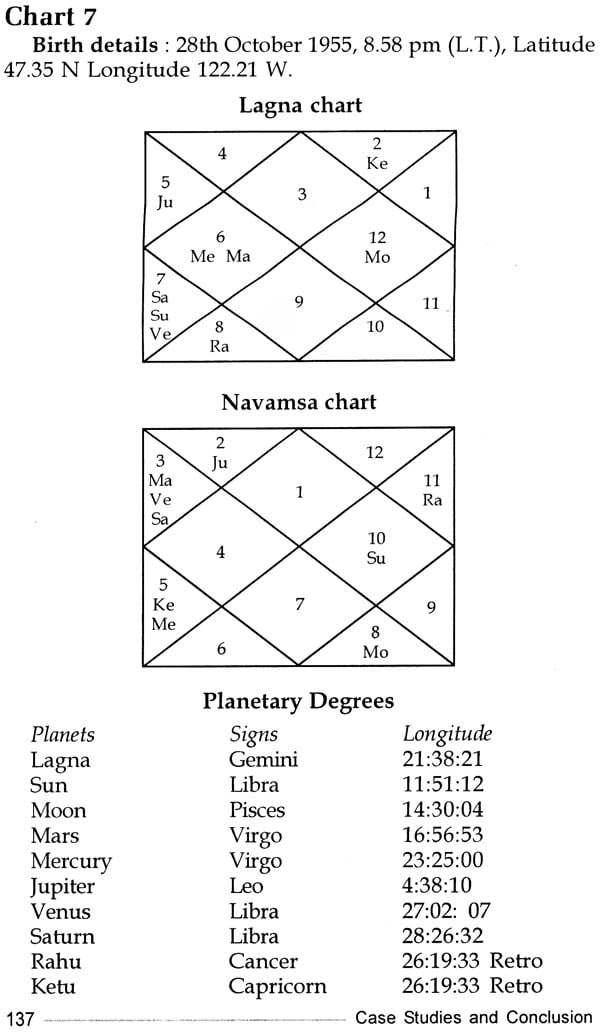 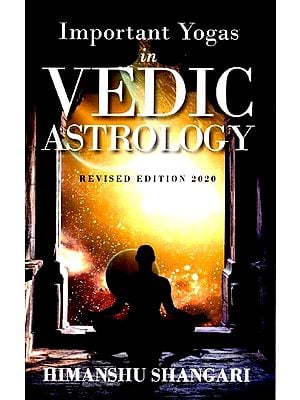 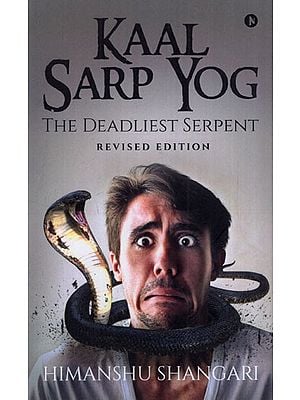 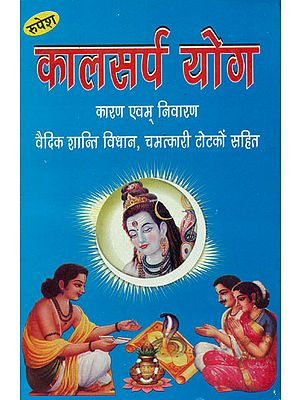 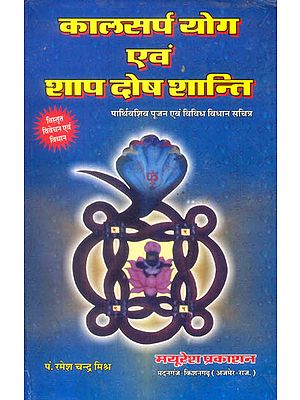 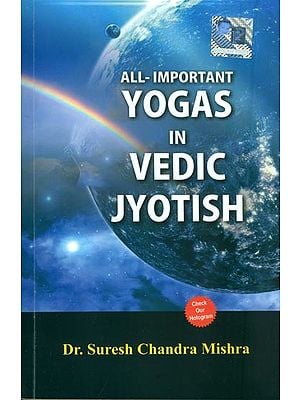 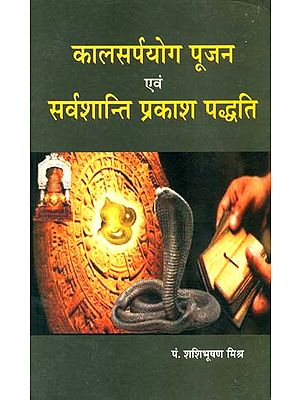 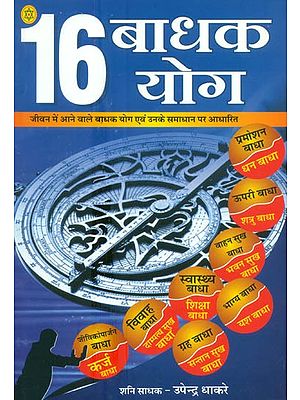 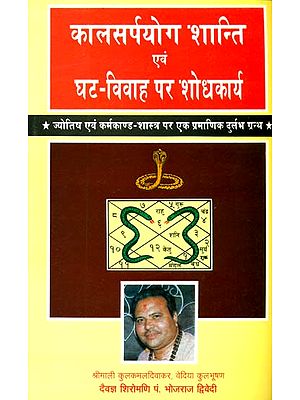 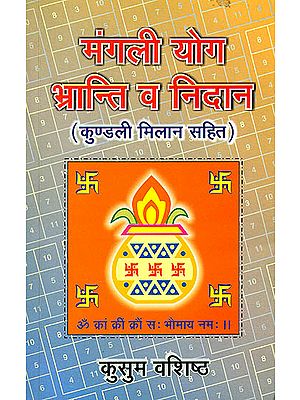